When you think of summer time in the desert images of vast dry landscapes, desolate roads that fade into mirages and deserted ghost towns come to mind. To the off-road racer it means one thing, night race! 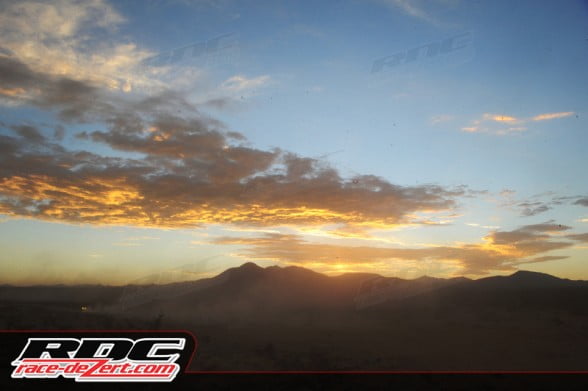 The SNORE and MORE racing series once again combine forces to tackle the night for the Midnight Special / Chile Cook Off held outside Lucerne Valley. Over 150 racers lined up to take the start in the southern California desert known for its unforgiving and vastly diverse terrain. The 73 mile course is the same as previous years but that doesn’t mean it’s any easier. “It was a pretty good day.” Said overall winner Rick Romans. “Damon Jefferies started for me and ran the first two laps and from there we just cruised it in and kept a good pace. Pretty fast course, we tagged a rock or two and got a couple of flats but never had a challenge for the lead. Otherwise the car was great; a good day in the desert.”

Class 10 winner was Cody and Brian Freeman who beat the competition by a large margin. “It was a fun race.” Said Brian. “The course is really fast and rough which like because it gives you a chance to race and make passes. Some races are not a lot of fun because they’re more like playing follow the leader. Here you can race.”

An intense battle for the class 1600 ended with the team of Jimmy Hook, Andrew Neal and Justin “Bean” Smith on top. ““It went well out there.” Said Jimmy Hook. “I started the first lap and brought the car in for the driver change in second place. Then Andrew Neal got in and kept the pace until lap 3 when we lost the fuel pump and got a flat. We got al that fixed and he was able to reel’m back in. Then Justin Smith was able to jump in and run it to the finish and grab that SNORE Championship.” 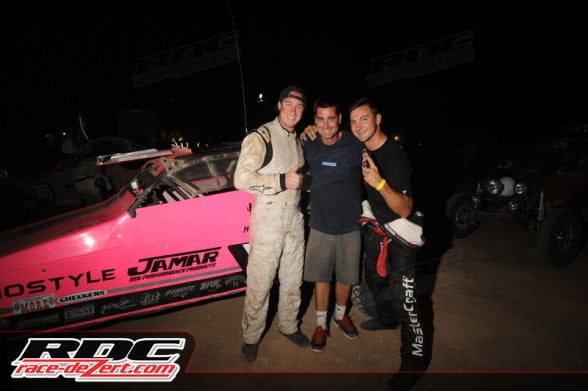 Class 1400 fielded the largest class with 27 entries. “As soon as the green flag dropped it was a perfect day.” Said class 1400 winner Jonathon Libby. “There was a lot of dust but we just kinda stayed back and raced our own race. We had a battle going with Ryan Agius for a lap going neck and neck until he broke a tie-rod. That was a lot of fun. But not one flat, no issues, just fuel and go all day.” 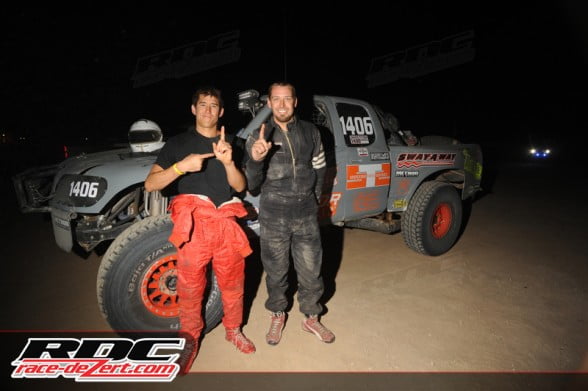 No power steering, power brakes, and suspension travel that numbers in a single digit, the men of class 9 battled to the end  “Jimmy Taranto (car owner) did the first lap and brought it in to me in second place.” Said Ian Maxwell at the finish. “I got stuck behind a bunch of trucks for awhile and lost a little time, then my team let me know that the lead car had broke so I just cruised it in from there. There were so many broken cars out there, we just took care of ours the best.” 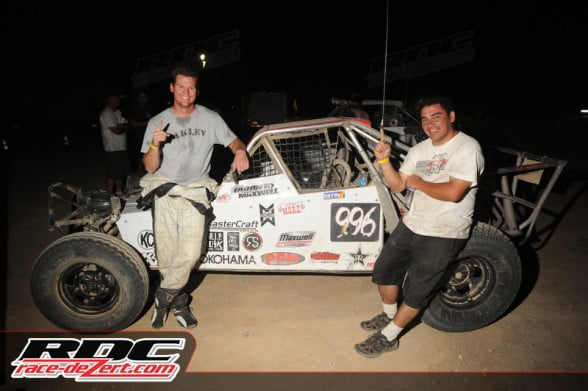 Not everyone had a great day as in the case of Brandon Arthur and co-dog Brian Busby who took a wild ride on lap 1. “We started out well” Said Arthur. “As we were coming into Pit B we lost the right front a-arm or spindle at about 108 – 109 mph. After that we went for a ride. I don’t remember much right now but we didn’t hit anything, it was there and then it wasn’t. Next thing I knew we were crashed. We’re ok and the truck can be fixed. That’s all that matters.”

Stay tuned for the next few races from both SNORE and MORE as they move on to the SNORE 250 and the 8th annual Race for a Cure, Powder Puff.

Words and photos by Art Eugenio/GETSOMEphoto 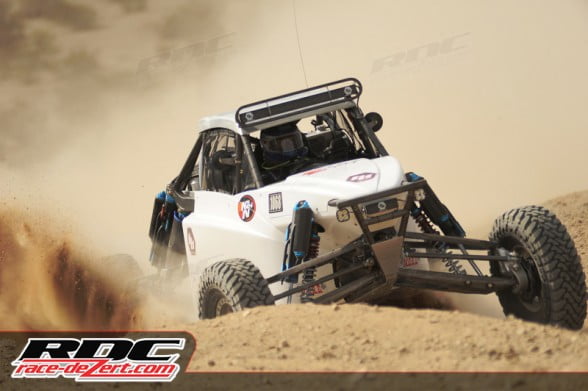 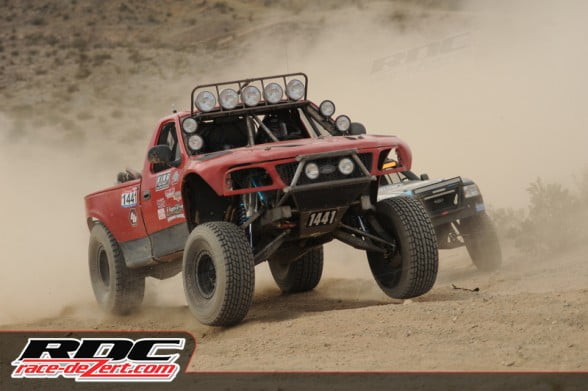 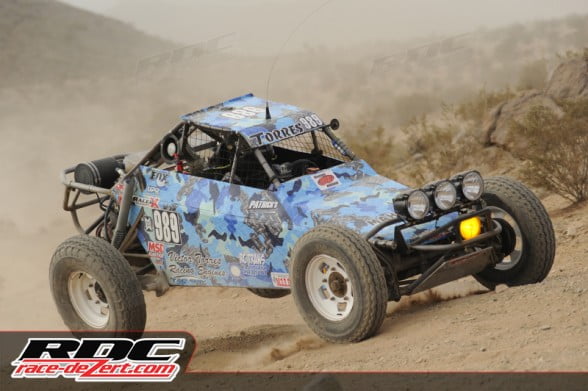 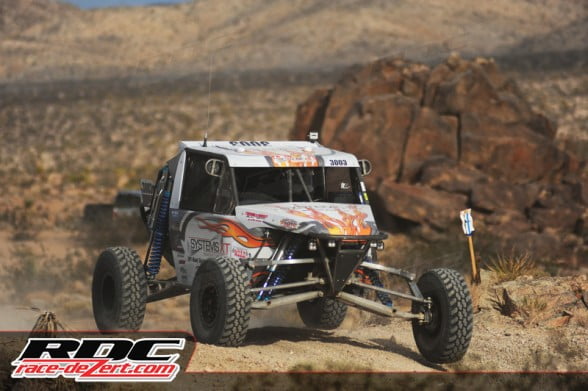 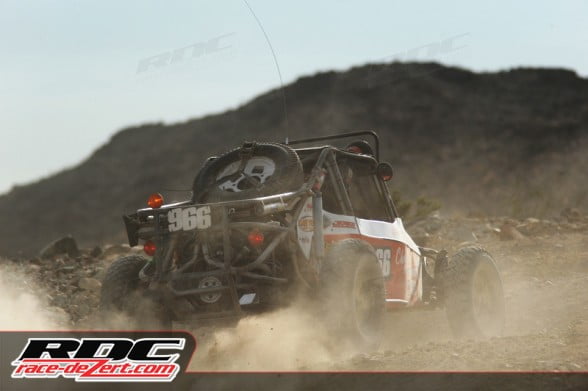 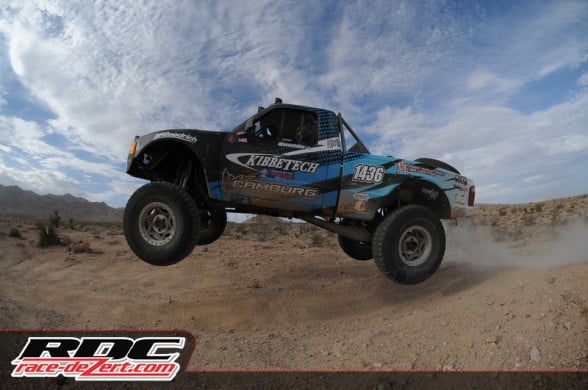 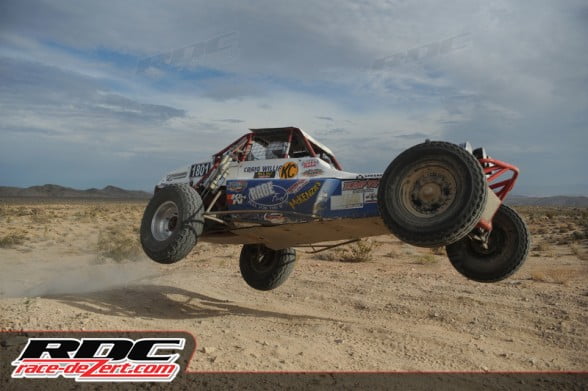 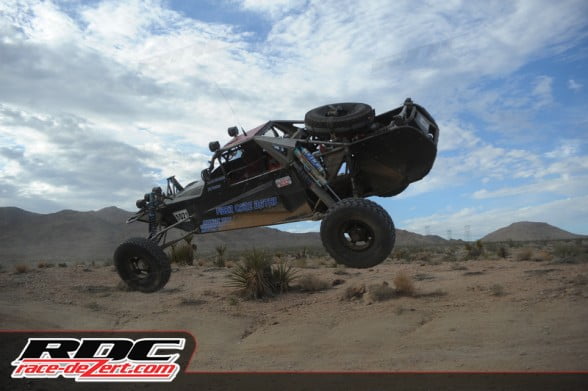 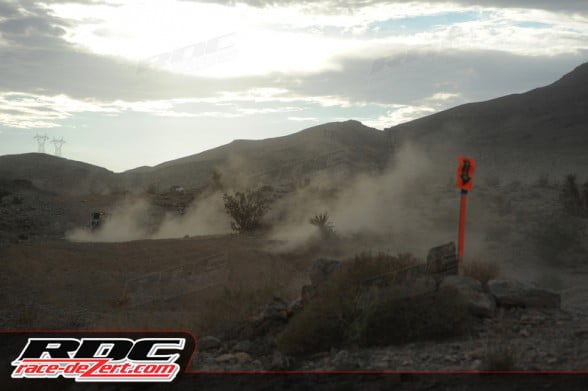 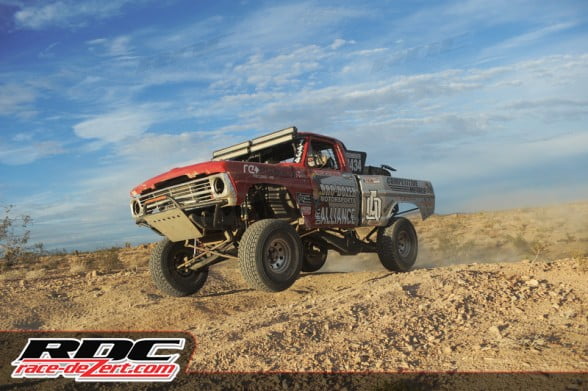 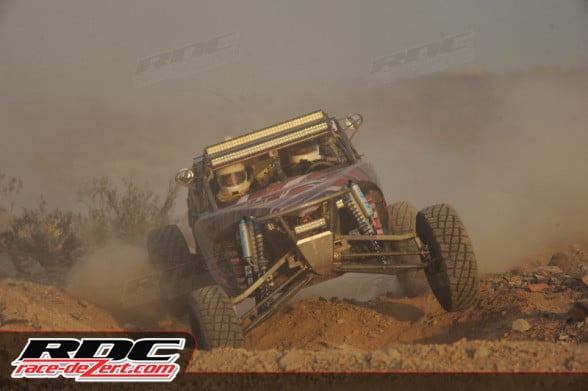 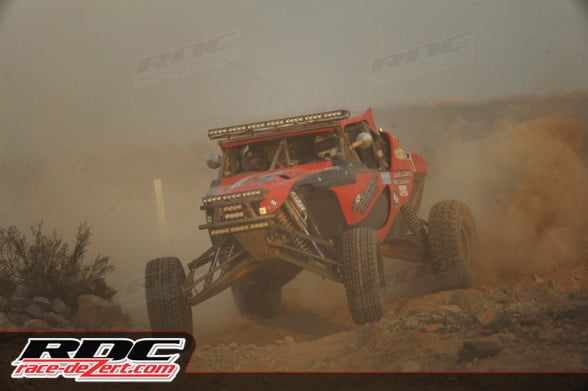 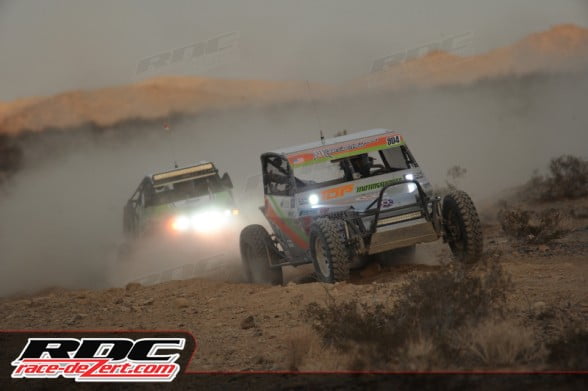 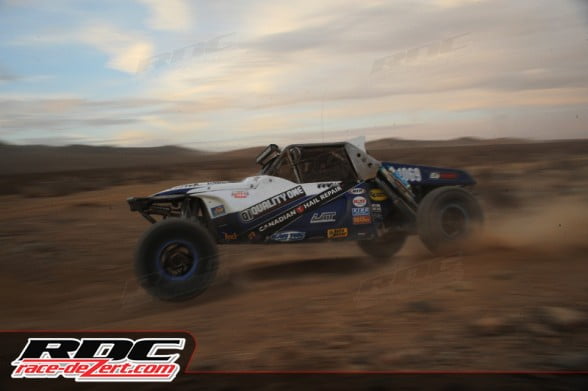 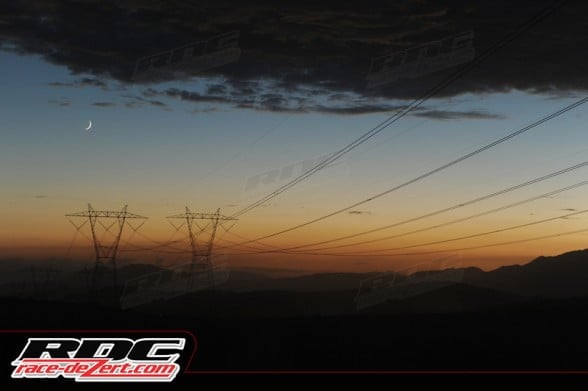