Every October, rally teams, volunteers and fans descend upon the small mountain town of Prescott, Arizona for the annual Prescott Rally.  Prescott Rally has been in existence since 1985, and once a national event, it is now a regional event which draws rally teams and fans from all over the country.

The 2014 Prescott Rally marks the 27th running of the event, covering 114 competitive miles with elevation changes from 6,000 to 7,000 feet over the classic stages and various configurations of “First View”, “Perkinsville/Firstville” and “Witty Tom”. 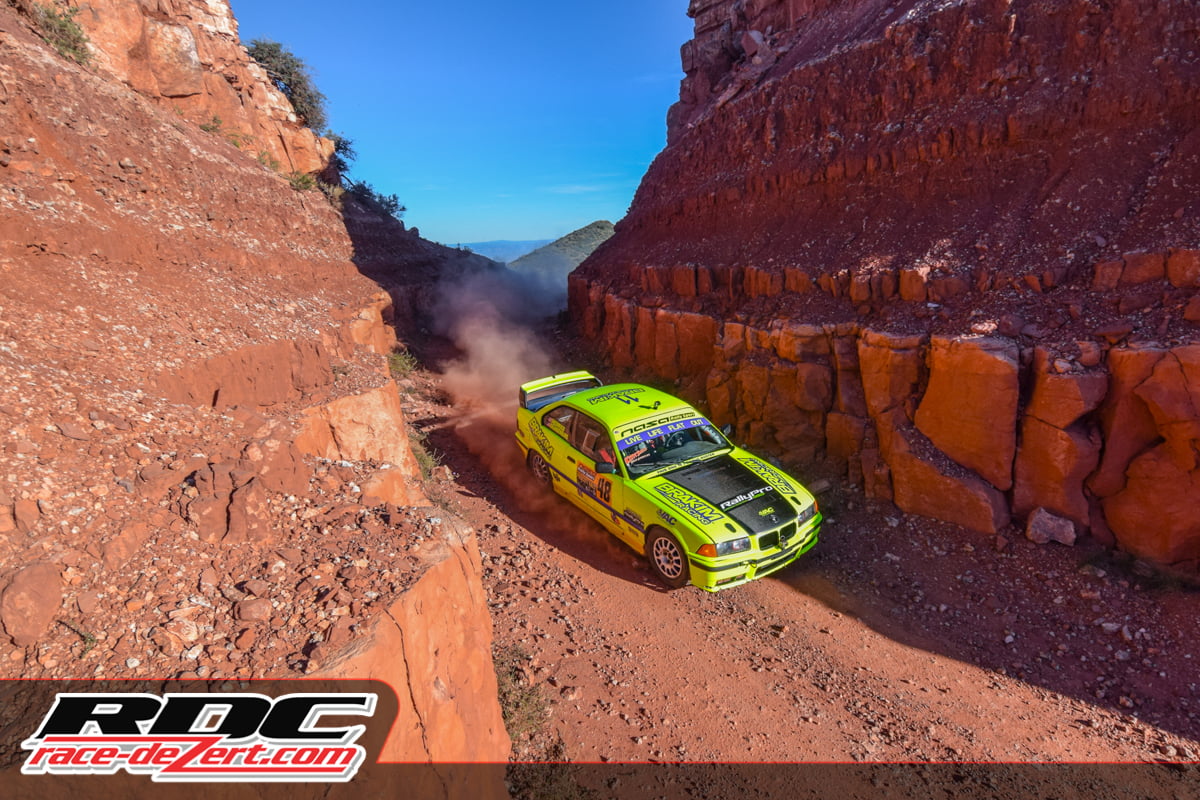 In their 263HP rear wheel drive BMW M3, Matt Brandenburg and Brian Huntsbarger were in the lead until a bad rear main seal forced them into early retirement less than a mile into stage two. 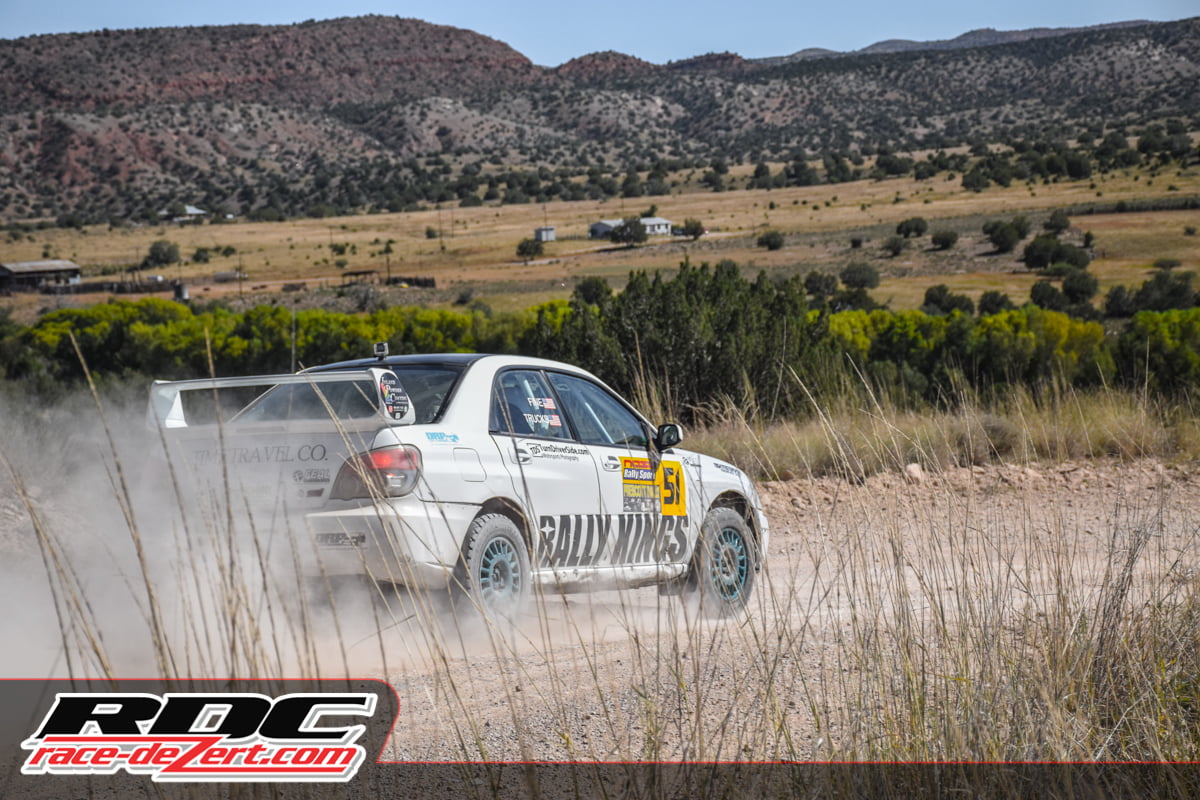 John Trucks and Chris Fine of the Rally Kings racing team quickly established and secured the number one spot overall for the 2014 running of the Prescott Rally. 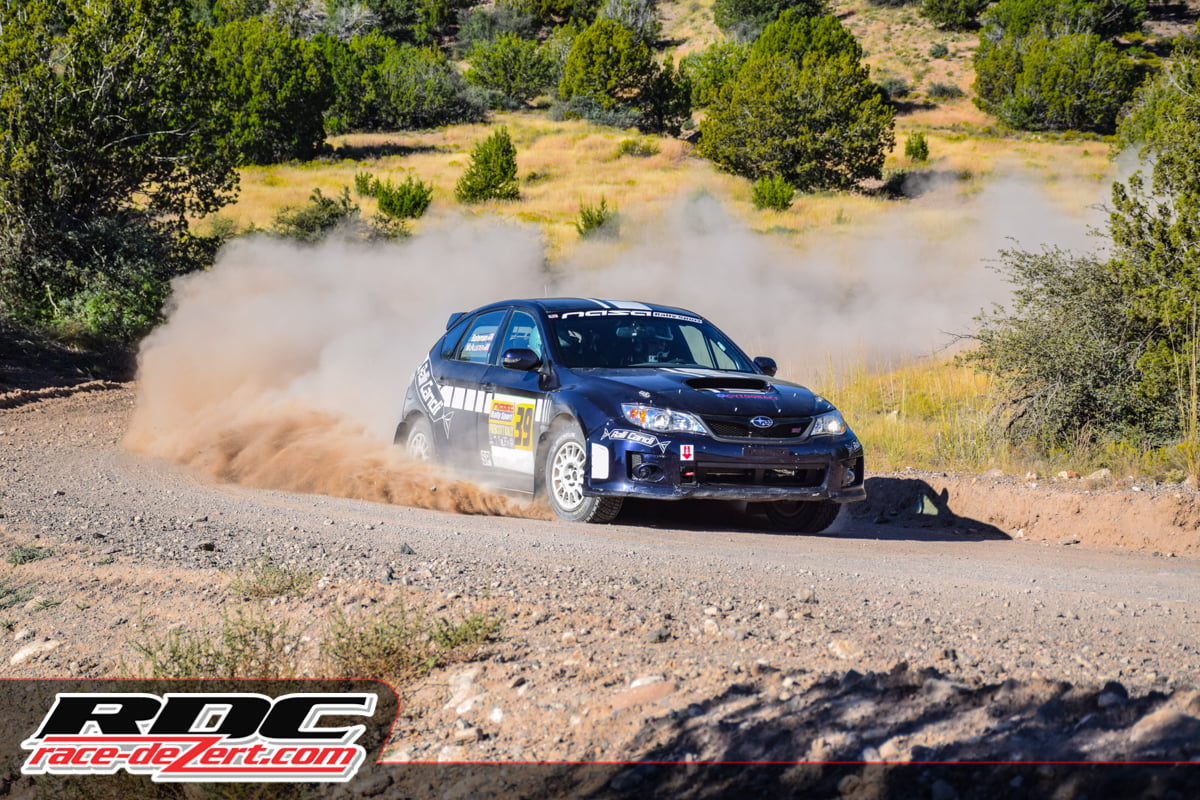 The fight for the CRS Open class championship was between John Truck and Todd McAllister. Unfortunately a broken front left suspension in stage seven, left Todd McAllister and co-driver Trent Bateman DNF-ed at the side of the road. 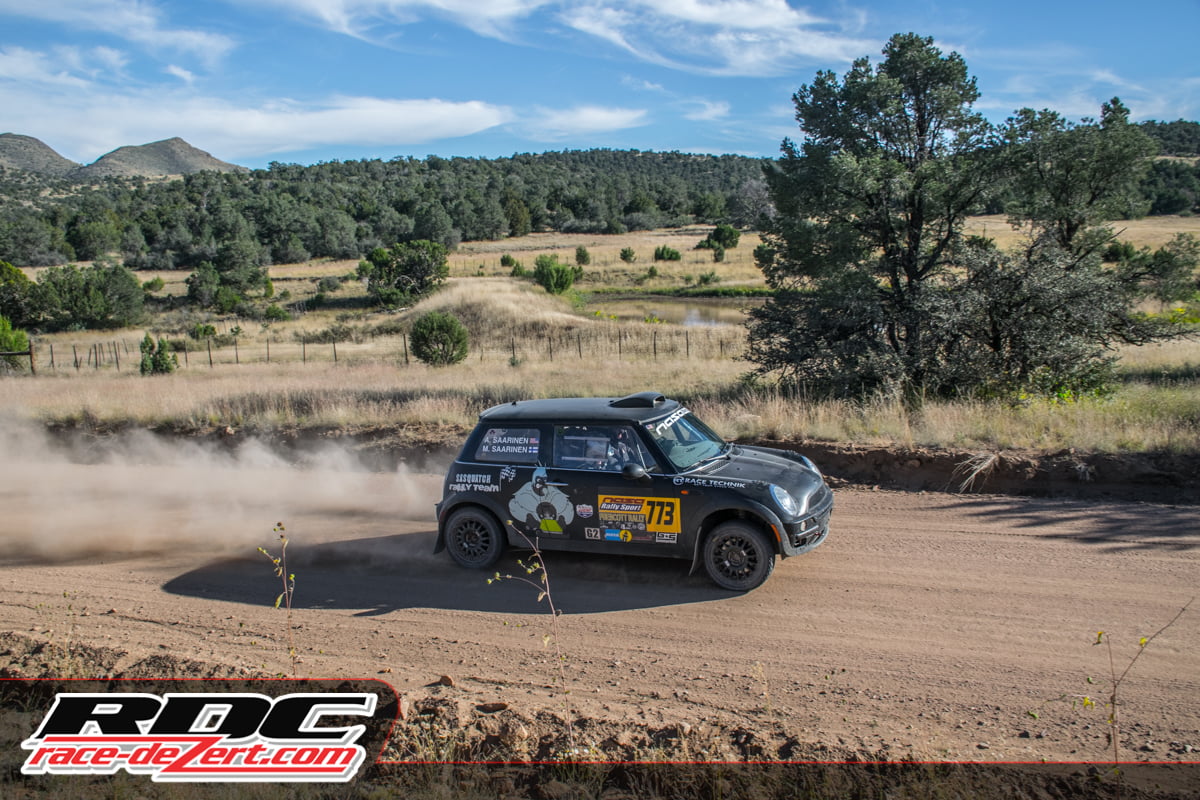 After several suspension issues in the previous season, Markus Saarinen along with his wife and co-driver Alicia Saarinen finished overall second. 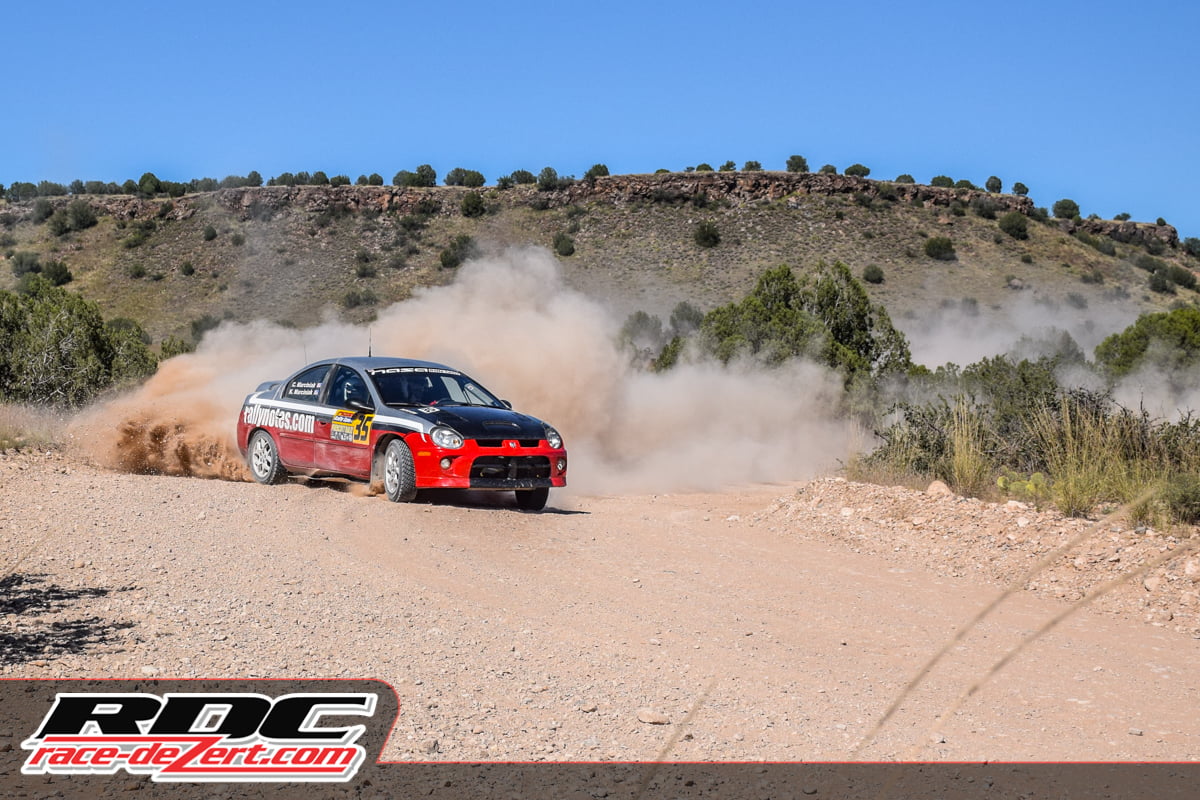 Kristopher Marciniak along with his wife and co-driver Christine Marciniak were one of the most spectacular teams to watch as Kris threw the two wheel drive Dodge Neon sideways across corners. Team Marciniak finished third overall. 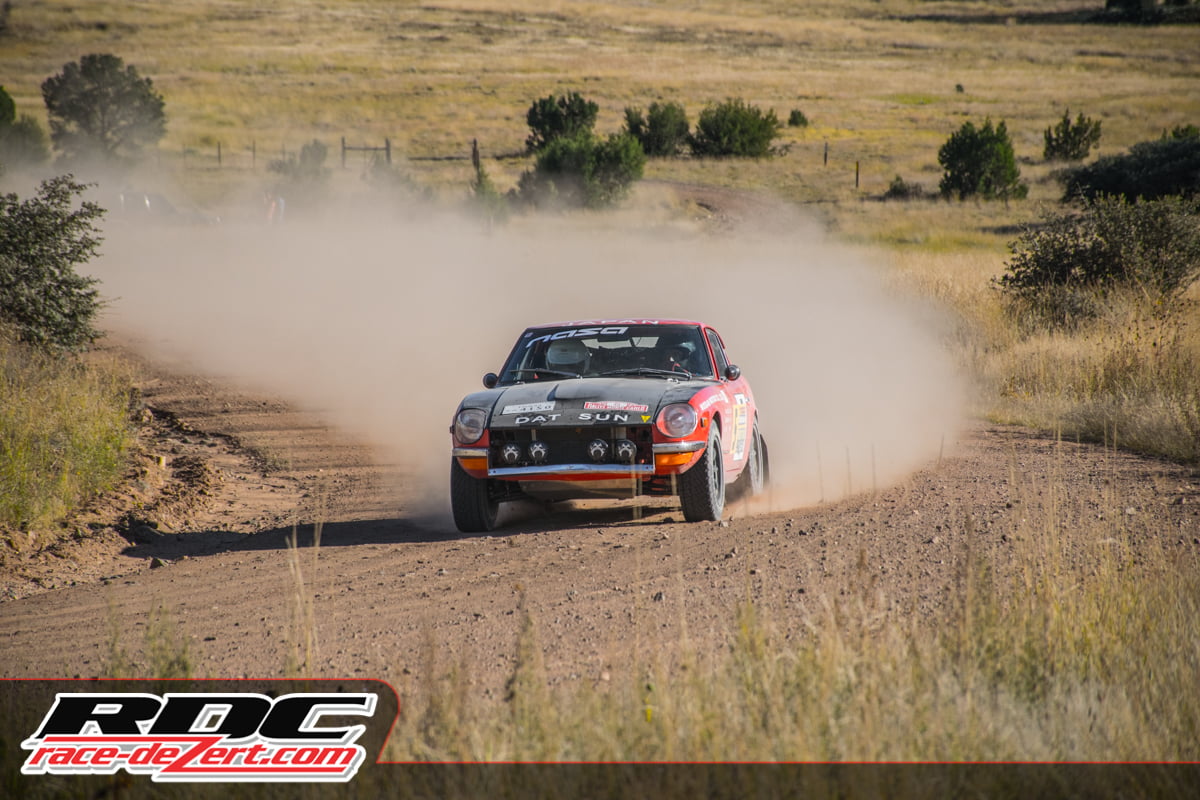 Brian Scott and John Dillon who have won the Prescott Rally on multiple occasions, did not have as much luck this year in their Datsun 240Z. After the first stage, engine issues prevented Brian from pushing the Z into first place. 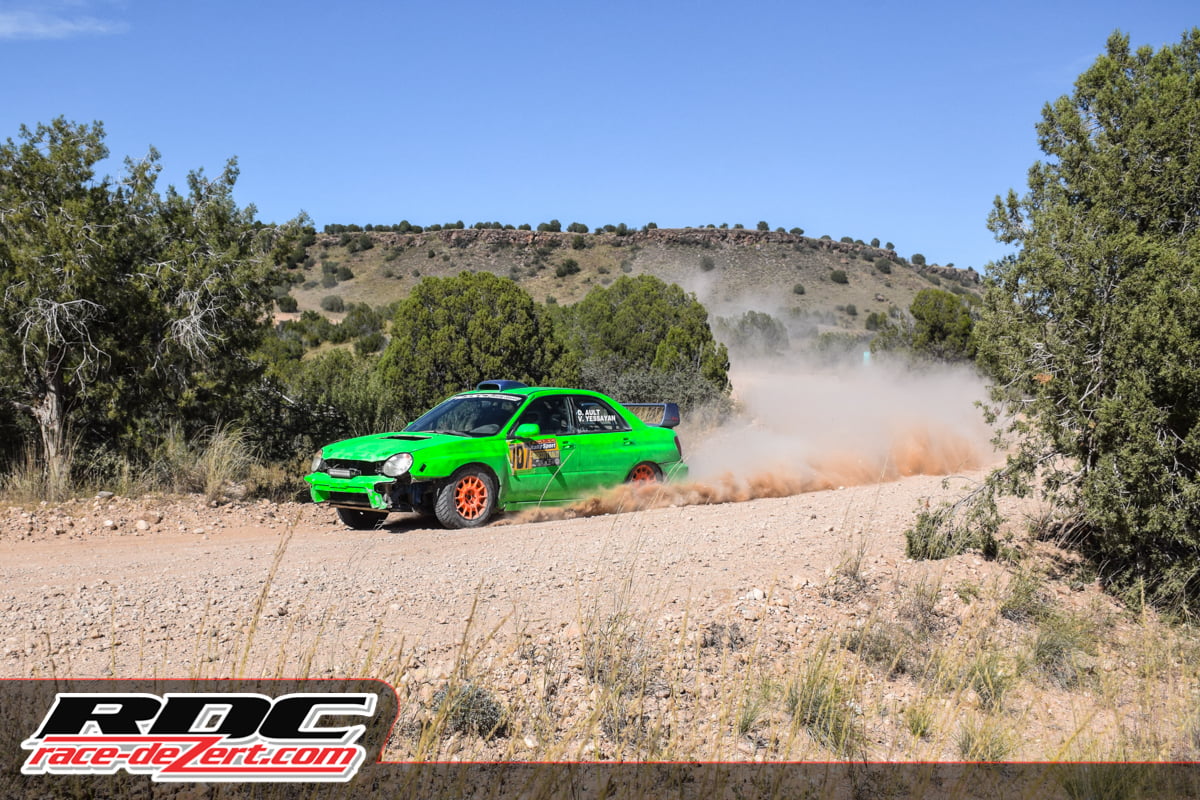 David Ault and Vahan Yessayan had an early DNF in stage one, when their rear wheel dropped into a ditch and forced their Impreza to spin and slam into an embankment, damaging the passenger side struts and control arms. This, however did not stop Ault and Yessayan from pressing on. After repairing the damage they were back on the stages the very next day.