For whatever reason, FORD is not producing a new Raptor until 2016 but they do have brand new F150 which is an all new stronger lighter design using a combination of high-strength, military-grade, aluminum alloy and high strength steel. In fact the F150 was covertly raced with a 2013 body on it at last years Baja 1000 as a way to test its durability. 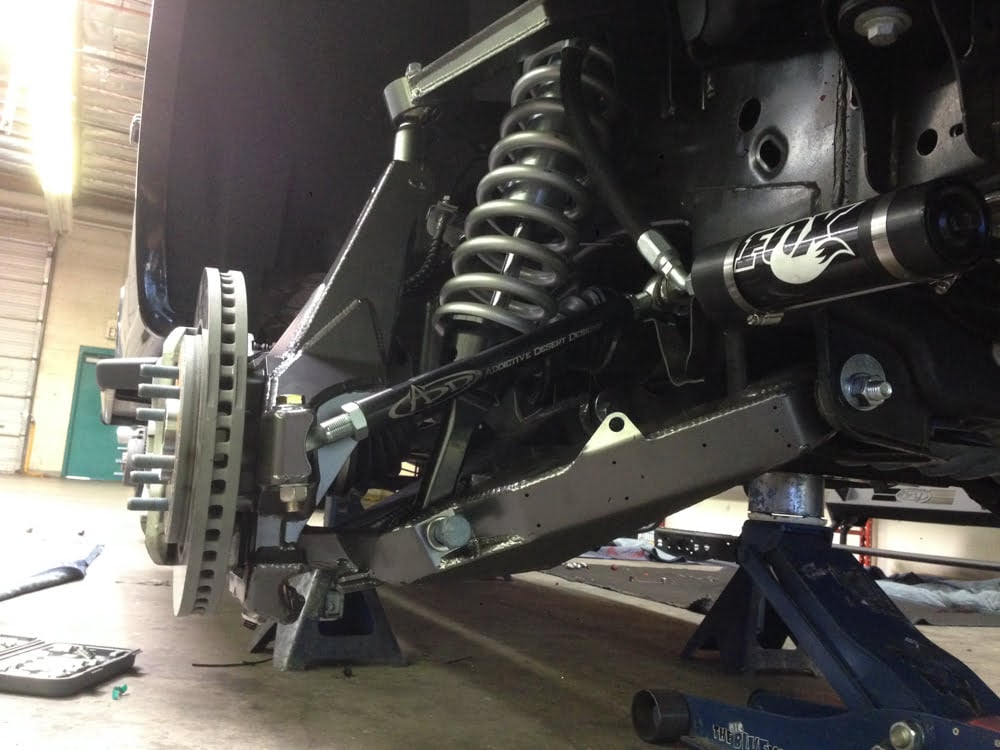 So if you can’t bare the thought of being Raptor-less for an entire year worry not, because A.D.D. has come up with a solution to turn your new stock 2015 F150 in a bad ass off-road machine!  The two different levels of kits are due to be unveiled at SEMA along with the new 2015 F150. The kit rivals the Raptor widen your wheel base 7 more inches and gives you 13 inches of travel in the front and up to 18 inches in the back!

A.D.D has 2 kits. One called the Baja XT which is an under the bed shock kit with less rear wheel travel at about 14” and one called the Baja XTR for a more extreme version. The Baja XTR has a bed cage and shocks that go into the bed to deliver 18” of travel in the rear. Both kits have fully fabricated front suspension system which consists of custom fabricated lower and upper arms and and a custom fabricated replacement spindle. The truck is 7” wider than the normal F150 and both have about 12” front wheel travel with Fox Shocks all the way around. A.D.D also uses a Fox bump stop in the rear for bottom out protection with a custom built mounting kit that is all 100% bolt on. 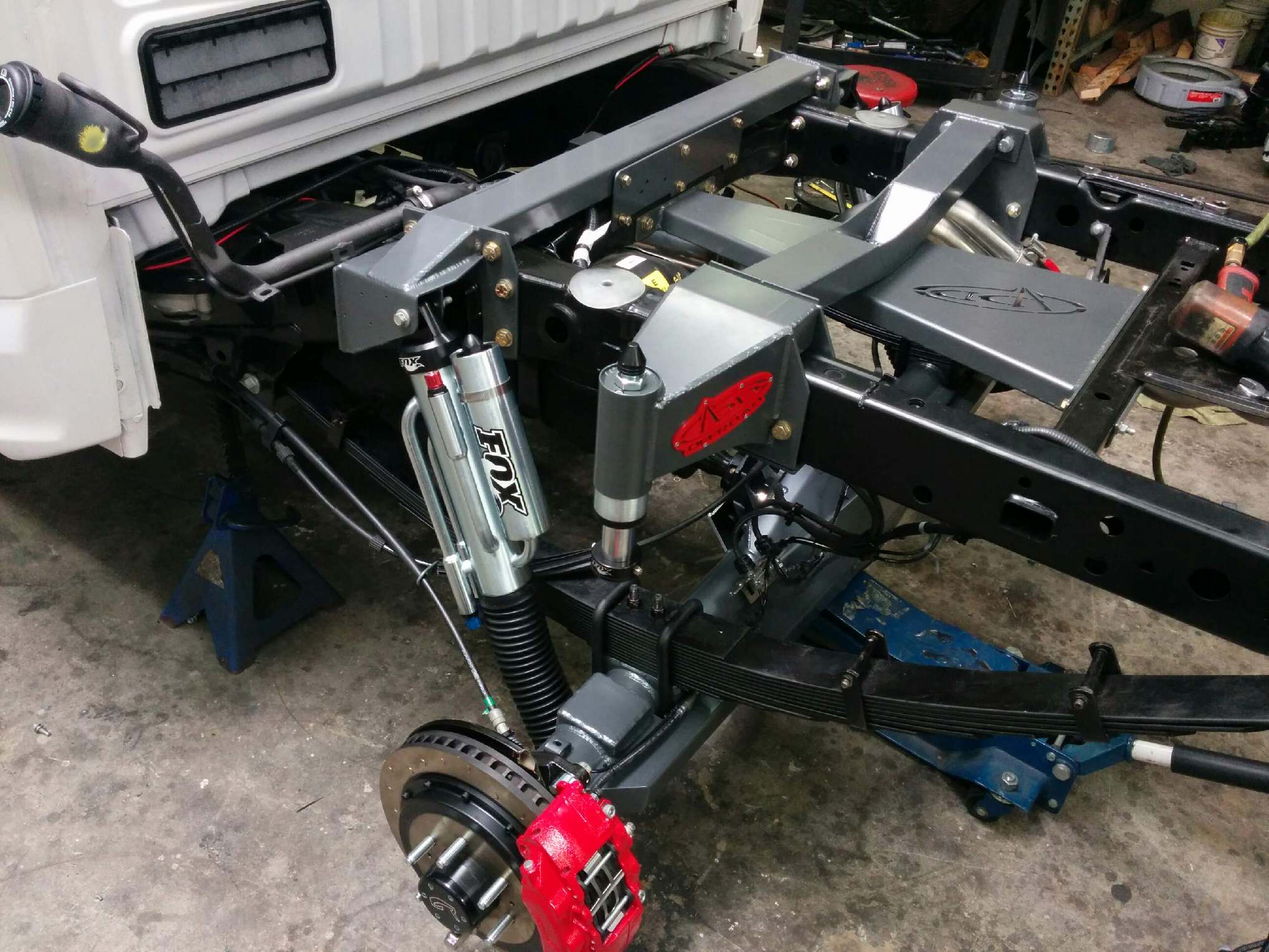 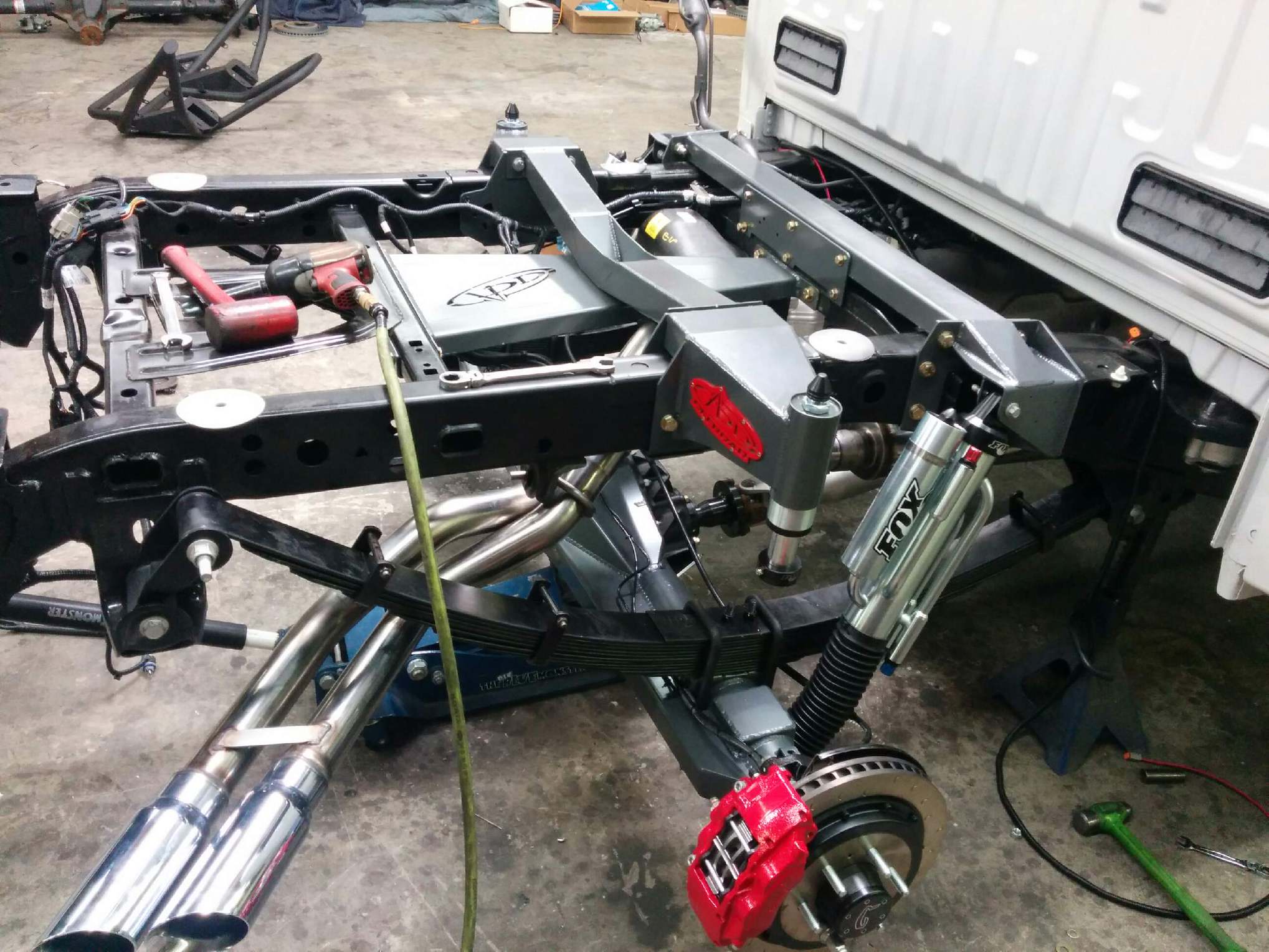 Here are the details:

Now we just need to get your hands on one to test!

M
Matt Martelli
Here are a few more photos of the rear:

http://www.race-dezert.com/forum/threads/2015-f150-raptor-replacement.119828/
the video accompanying the article could use way less bro.
Awesome video.