The final race of the 2018 CODE Off-Road 5 race season kicked off with contingency held at Parque Vicente Guerrero in Mexicali the evening of Nov 30th.  Arriving at Contingency with the unmistakable smell of danger dogs cooking on the grill mixed with the smell of burning fuel from the race vehicles filling the air as racers get their vehicles through tech and prepare for a 275 mile battle in the desert from Mexicali to San Felipe the following morning. 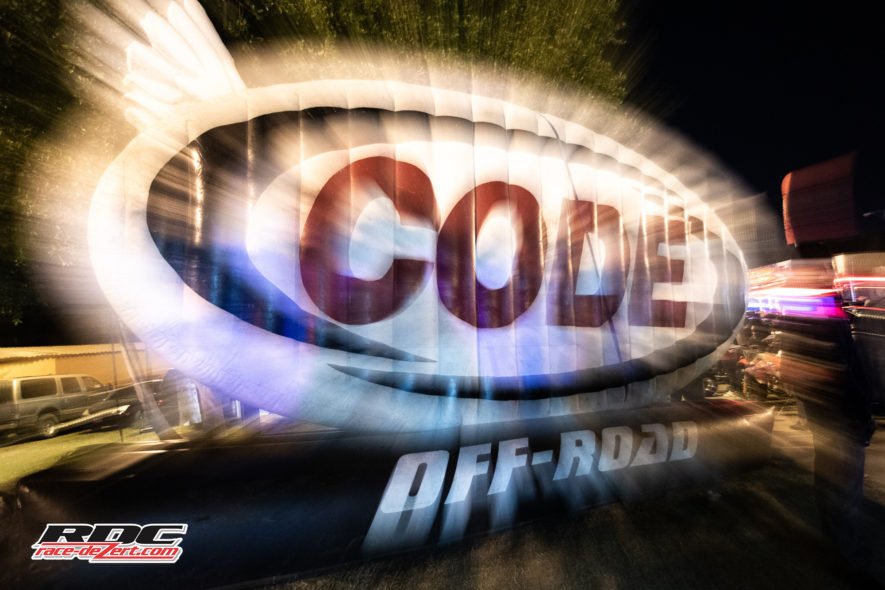 148 racers from all over Mexico and the US showed up to participate in the season ending race consisting of some of Baja’s most unforgiving and brutal terrain. Imagine signing up for a ride in a dirt filled paint shaker and enduring the pain of kidney bruising, head pounding, vehicle destroying whoops for hours on end. This is the race course that racers are excited to test man and machine against.

CODE offers classes from Class 1, Pro Moto, UTV, class 11 bugs and everything in between.  The limited classes of the 1600’s, 5-1600’s, and 11’s take a beating on this whoop filled race course, yet are some of the biggest entries in the event. 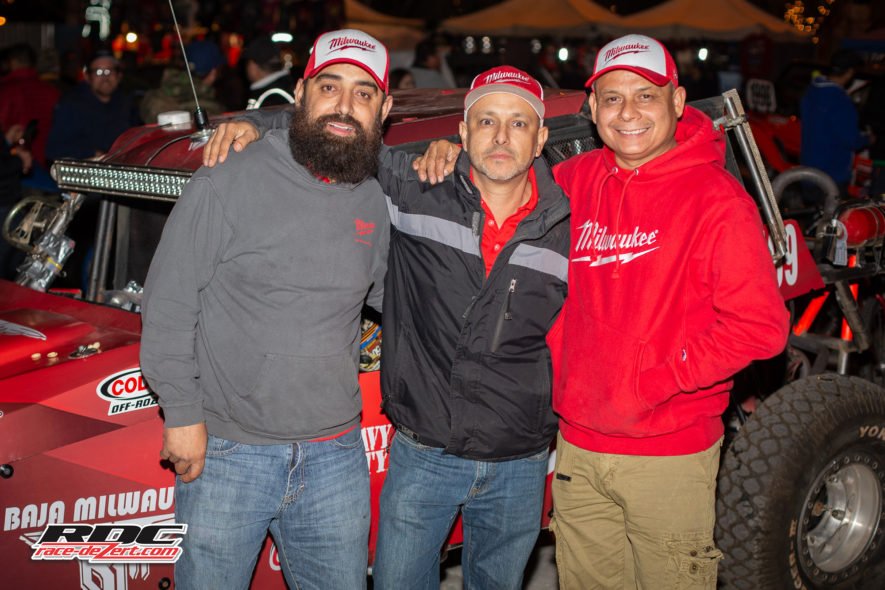 The newly formed team out of Tijuana BC (PIC2) 1499 Rolando Leal, Oscar Jimeez, Raul Sandoval, and Julian Iturbe are excited to compete in their 2ndever CODE race. 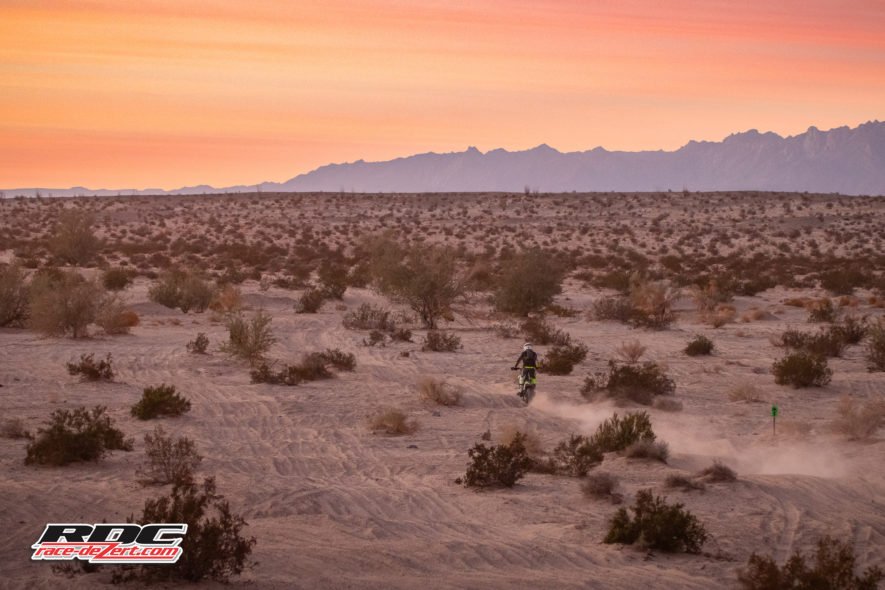 Dec 1st 6:00am dawn is approaching and the sky starts to glow orange giving the staging Motos and Quads a glimpse of the terrain and the long day ahead of them.  6:15am Jose Manuel Ochoa 2x is the first bike off the line breaking the morning silence and filling the cold desert air with low lingering dust . Starting just east of Mexicali on the North end of Laguna Salada dry lake bed the racers work their way south through the faster part of the racecourse towards Check 1 at Cohabuzo junction.  After Clearing Check 1 they head south-east into the seemingly neverending sandy whoops toward highway 5. RM91-98 is where racers take advantage of the close course proximity to the highway and set up the first scheduled pit stop here. 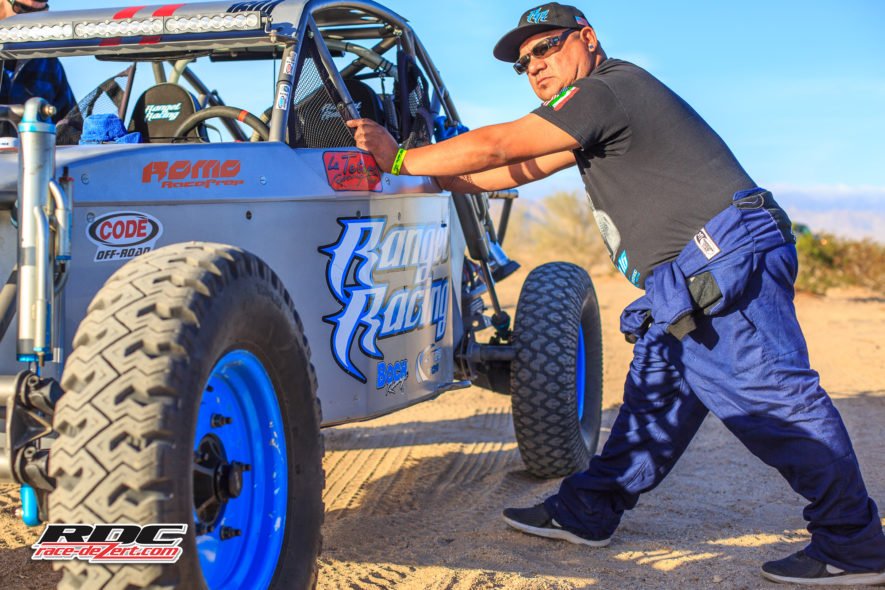 By 9:00am all other classes are staged and ready to race.  Talking with Martin Rangel 1604 (current class 1600 points leader) while he stretches before the race, he explains “we are starting 4th off the line, and all we have to do is finish the race to seal 1st place in the 2018 championship.  I’m going to start the race and deliver the car to Roberto Romo at RM91 who will run the later half of the race” 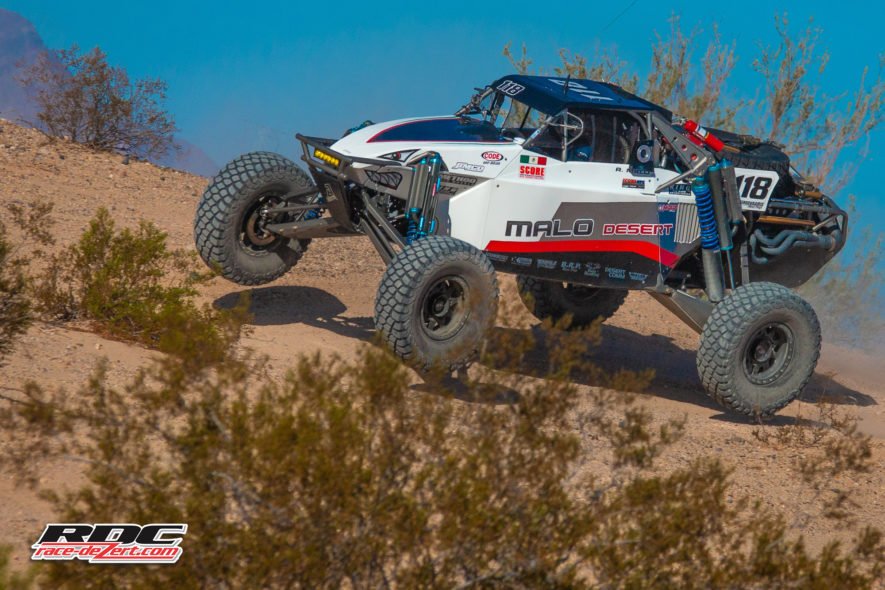 9:30am First Vehicle off the line is number 118 of Ricardo Malo taking full advantage of the clean air, taking an early lead and running as hard as he can for the win in class 1. 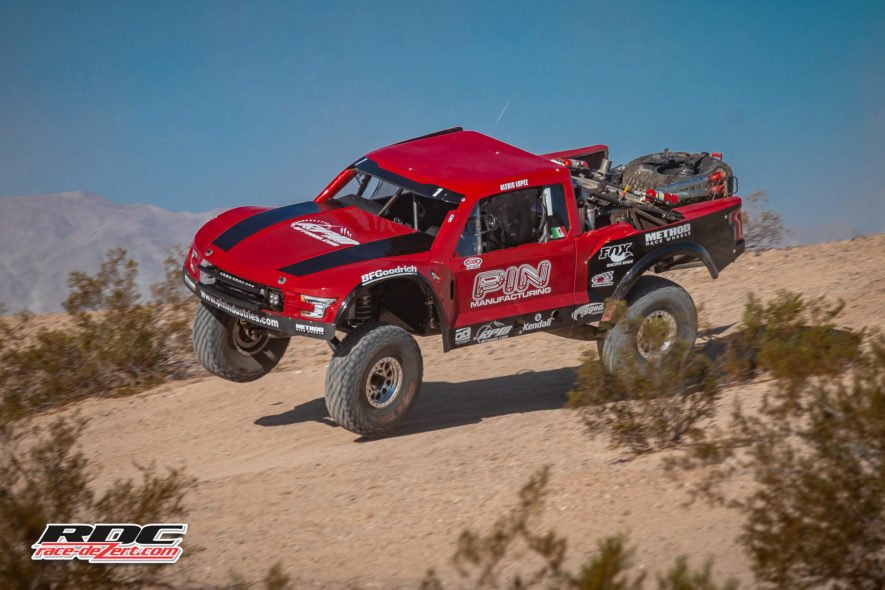 Hot on his tail was the 1 truck of Juan Carlos Lopez & Alexis Lopez who had one flat tire and ended up finishing the race 00:01:30 behind 118 taking 2nd place.  By RM90 where most of the vehicles were pitting, the time spread between racers was already turning from seconds at the start into minutes between cars. With 16 of the racers already out of the race before the first pit stop including truck 725 of Cristina Grijalva and Apdaly Lopez who lost their motor at RM30, it was time to venture out to RM 170 to see how the battles were going. 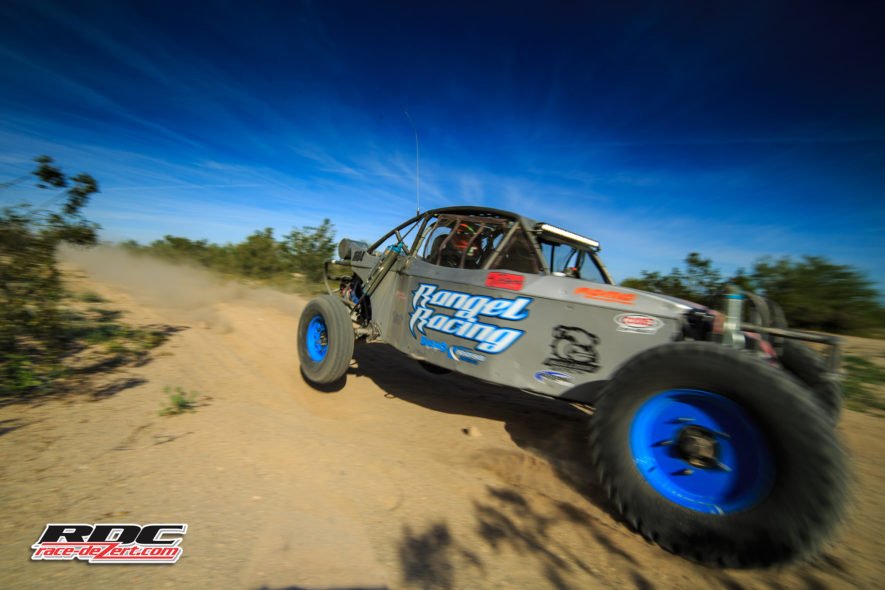 By the time I had reached RM170 the lead 1600 car 1604 was flying by with Roberto Romo at the wheel stretching the gap between 1st and 2nd place even farther.  8 more vehicles had confirmed DNF before RM170 and the gaps were getting even larger.

After catching a few more cars still in the hunt for a finish I was able to witness an ongoing battle in the UTV Class then it was off to the finish line to see who had made it, and who didn’t. 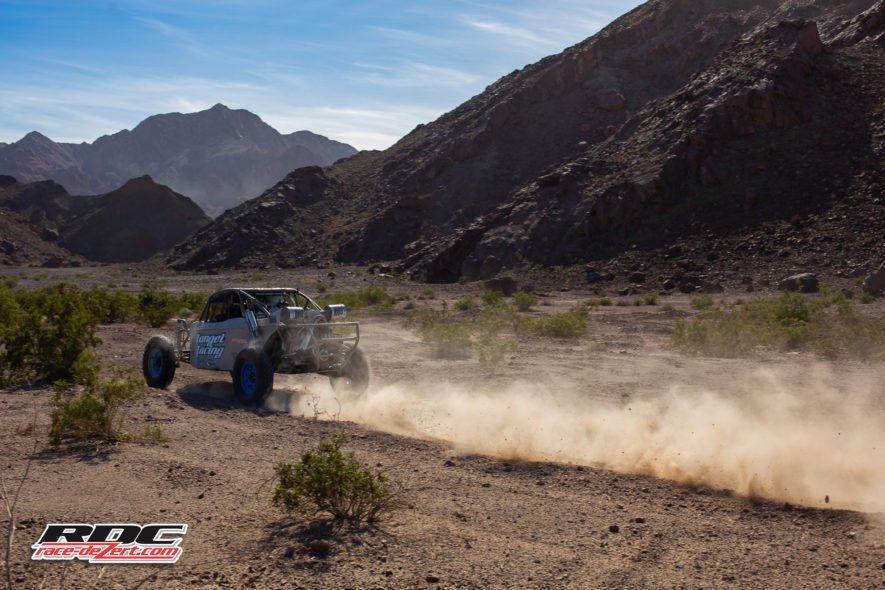 Arriving at the finish line is a feat in itself for those who were racing.  As soon as the helmets came off the beers were pouring and the high fives were handed out to everyone within reach.  Martin and Romo beat me to the finish and had took 1st place in their class and also won the 1600 class championship! Martin took the time to praise Romo’s work on building the car, and driving it into the finish in 1st place. “the car had zero issues, zero flats, and a bulletproof prep job” congrats to everyone who finished the race, and we’re looking forward to the next season racing down here in beautiful Baja.