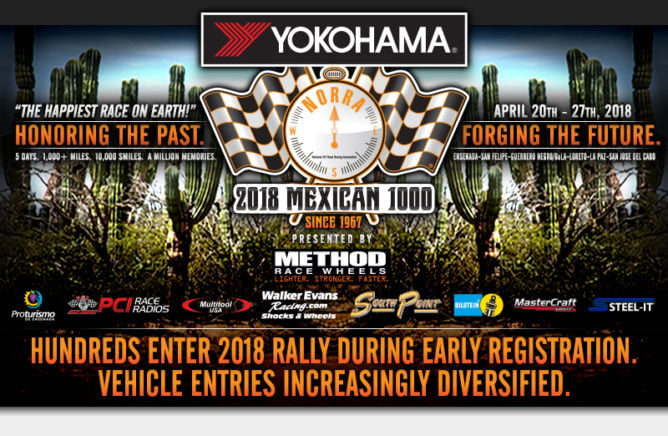 February 27, 2018 (Agua Dulce, Calif.): The NORRA Mexican 1000 continues to grow in popularity every year. “The Happiest Race On Earth!”  is unlike any other event in the world. The minute early registration began, the entries poured in. The field has grown to over 240 race cars, trucks, UTV’s, and motorcycles; there is a class for everyone. If you haven’t entered yet, you better hurry, there is still time if you act now. It may be hard to believe after the incredible 50th anniversary event last year that the Mexican 1000 could get bigger and better, but that’s the case. 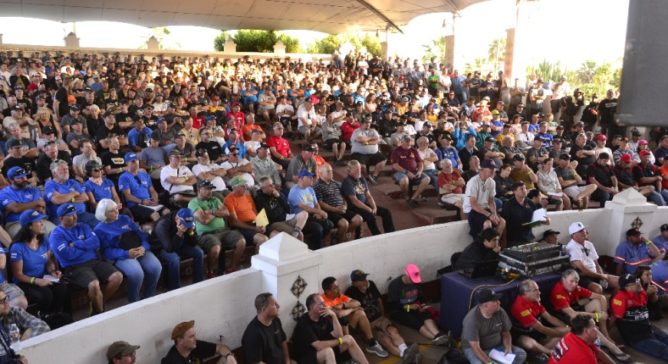 There are many unique entries that are out for adventure in this year’s Mexican 1000. Motorcycles of all types compete in the rally. In the modern open class you will find the typical Husky’s, KTM’s, Honda’s, Yamaha’s, a Husaberg; even a 2000 Harley Davidson Sportster. With 5 riders registered on the Harley team, it’s clear they mean business. Nobody at “The Happiest Race On Earth!” has more fun than Kevin and Michele Busch. Each time they have entered, they completed the course while riding double on their Honda XR 650 R motorcycle. After the rally is over, they jump back on their bike and ride home.

The car classes are just as diverse. Everyone loves the vintage cars and trucks that compete. There are many iconic race vehicles entered. The early cars are living examples of the evolution in design that has taken place over the last 50 years. For those who love factory sheet metal, there are a ton of early Bronco’s and trucks from Ford, Chevrolet, Dodge, International, Nissan, Jeep, and Toyota. In the stock production cars class, we have the Rippin Rooster 57 Chevy, a pair of cool Porsches, and the S/C Rambler driven by Zach Eichler, and Larry Trim. UTV’s total 38 entries so far, with machines from Polaris, Can-Am, Yamaha, and Arctic Cat. No Mexican 1000 would be complete without a strong contingent of VW based cars. In addition to the custom built race chassis, there will be plenty of Baja Bugs and the Meyers Manx has its own class with 5 entries. One battle to watch is the RV class. That’s right, the RV class in the Mexican 1000 goes all the way back to the late 60’s when the Condor motorhome built by Bill Stroppe was raced. This year, a pair of VW Vanagons will see who gets to Cabo first. 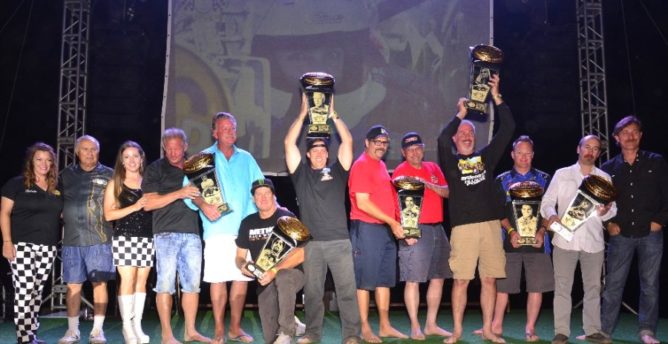 For many, it’s not about who finishes first, but rather who has the most fun at the stops along the way. Adding an overnight stay in San Felipe was a popular addition to the schedule last year, and there are more exciting changes for 2018. The final day of racing has always been a combination of exhaustion and elation. In order to fully enjoy the awards ceremony and banquet, they will take place the following day. The change is to allow everyone to enjoy the immediate aftermath of the race, and then get a good night’s sleep before the big party. The party will be even bigger and better this year; stay tuned for all the latest developments. For information on entering the race, and the latest news, go to www.norra.com