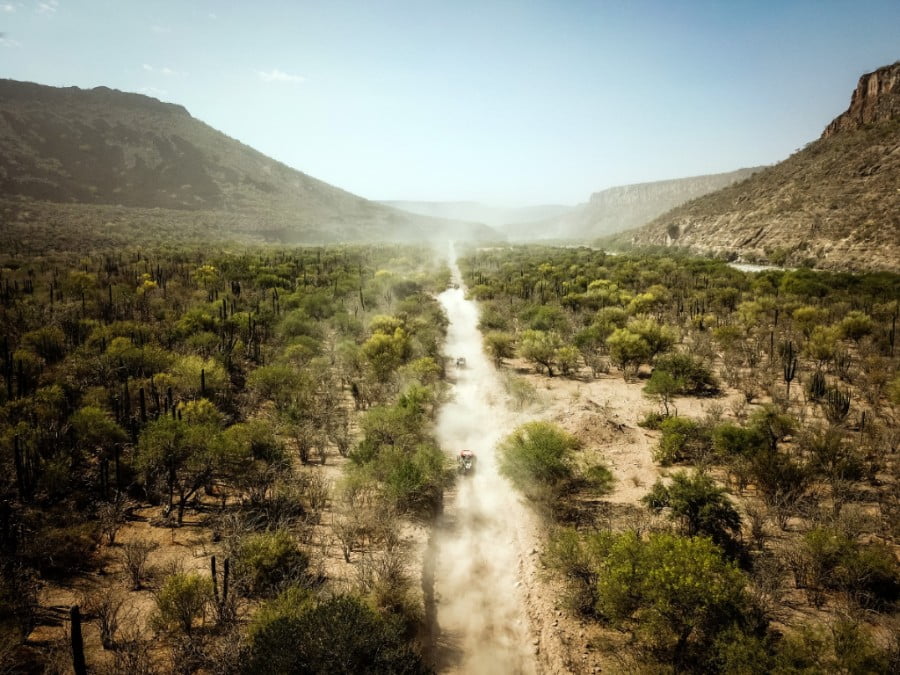 April 26, 2018 (La Paz, BCS): The penultimate stage of the Yokohama NORRA Mexican 1000 presented by Method Race Wheels was concerning for the competitors. Opportunities were there for upward mobility, but the stakes were high. A setback so late in the rally would be difficult to overcome. The leaders were looking to settle into a steady pace, but some who trailed were willing to push the pace. 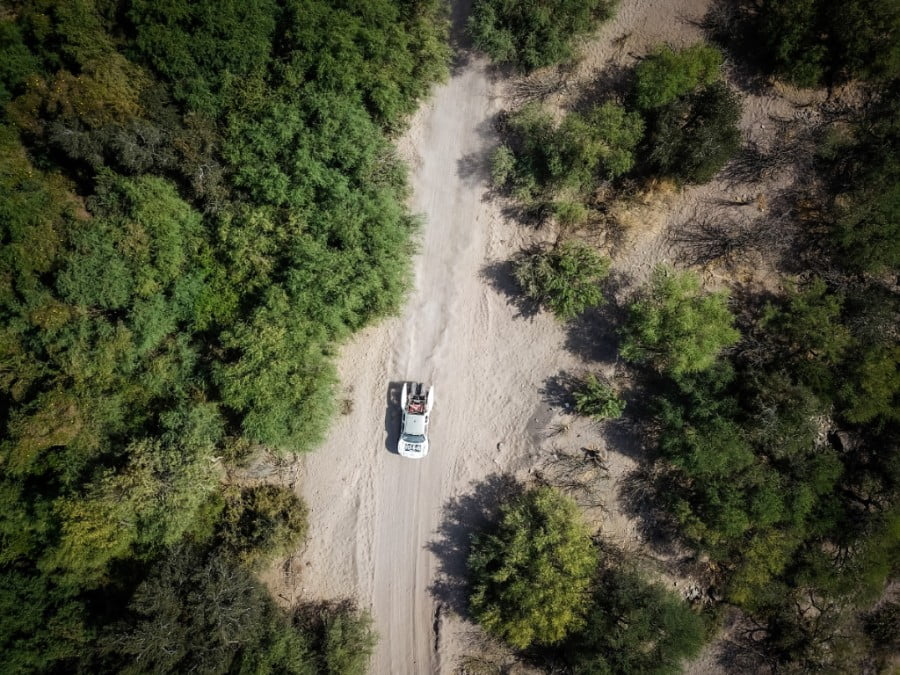 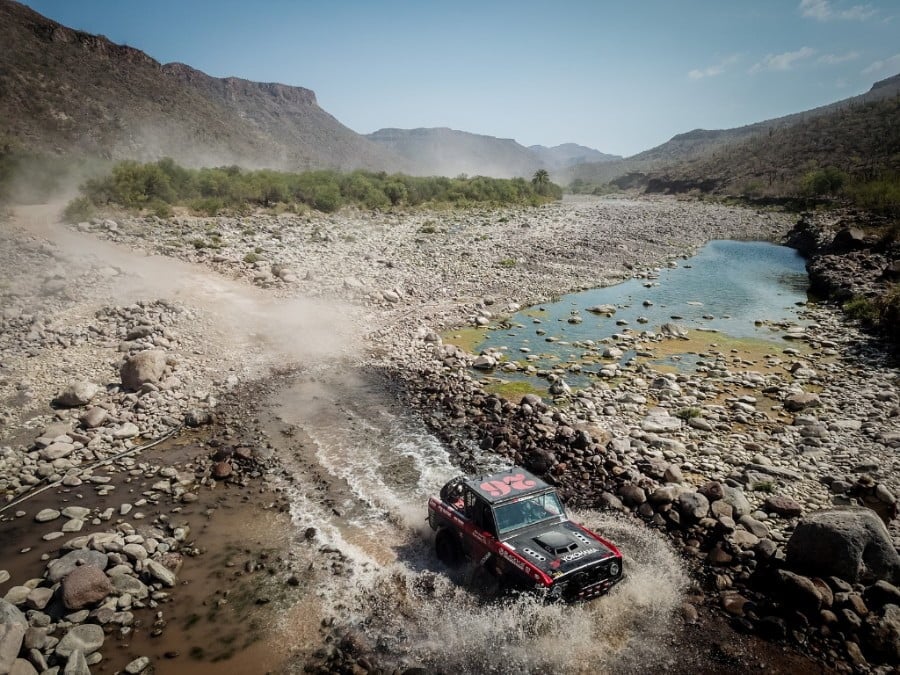 For overall bike leader Steve Hengeveld, his race has been the Happiest On Earth. He has led from day one and has a comfortable gap back to second place. “It’s been fun, I’m having a great time,”says Hengeveld, “Stage 4 was another great day of riding. I’m just trying to stay consistent. Brian Harris has built me a flawless bike; I’ve had no problems. I was really surprised how beat up the course was the last 120 miles. I just did my best to be patient and preserve the bike. I can’t wait to get to Cabo and have some tacos.” 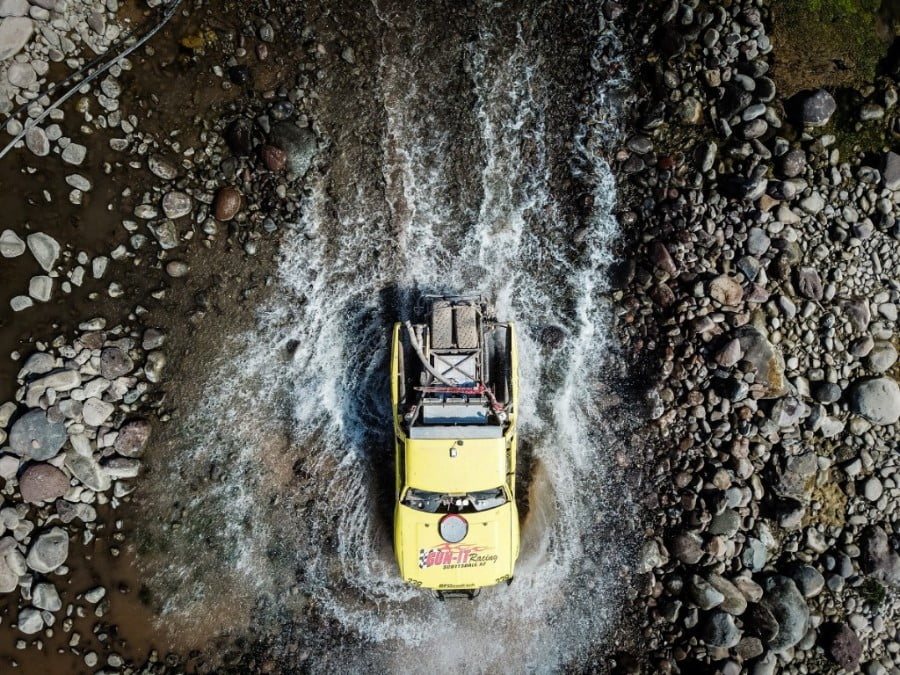 Ben Shuckburgh and Andrew Haddon, both racing in the 50+ (aka Vintage Dudes) have maintained their positions running 2nd and 3rd respectively. Carlos Gracida is running 4th overall and 2nd in Modern Open to overall leader Hengeveld. The rally is looking good for Honda as the top 8 are all riding red. 9th overall and Modern Lites leader Jean-Paul Cyr is on a KTM, and 10th overall George LaMonte is on a Suzuki. 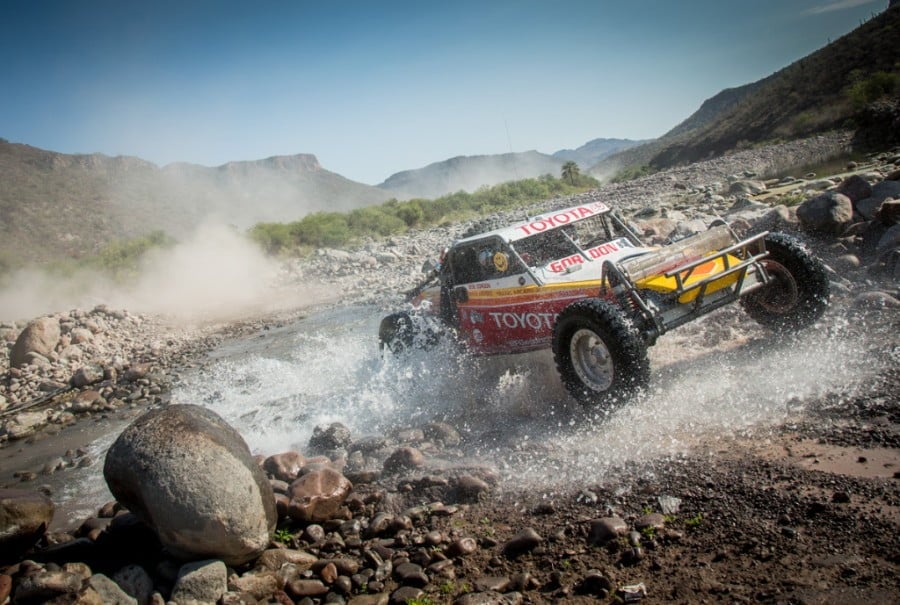 Like Hengeveld, Mark Post has led the 4 wheel vehicles overall since stage 1. Baja Bob Gordon’s Chenowth is still 2nd overall with Ryan Arciero behind the wheel. It’s nice to see a Historic truck, and Vintage buggy leading the way. Moving up into 3rd overall is the Evolution Unlimited Buggy belonging to Jim Smith driven by Lightning Larry Ragland. Dave Cole retains his 4th overall and lead in the Evolution Ultra 4×4 class. Evolution era cars hold 3rd through 9th places. 10th overall is surprising. Drew Belk is kicking butt in his Vintage Class 5. He has been hanging with the modern, Evolution era cars in his little VW based car for days. 2nd place in Vintage Class 5 is Bill Hernquist. He had some navigation problems during stage one that put them down on time. They have been consistently fast every day and are poised to take advantage if Belk should falter.“We had a little problem with the spring plate bolts backing out that caused Bill to get a little tail happy and hit a boojum tree, but the silt beds yesterday were no problem,”says Art Eugenio who shares some of the driving. “We lost third gear on stage 1 and 4th gear on stage 3. We had time after stage 4 to tear it down and found out it was only bent shifter forks that we repaired. Not having 4th gear might have worked in our favor as we were able to run a conservative but steady pace. We will try to be consistent in the final stage and see what happens.” 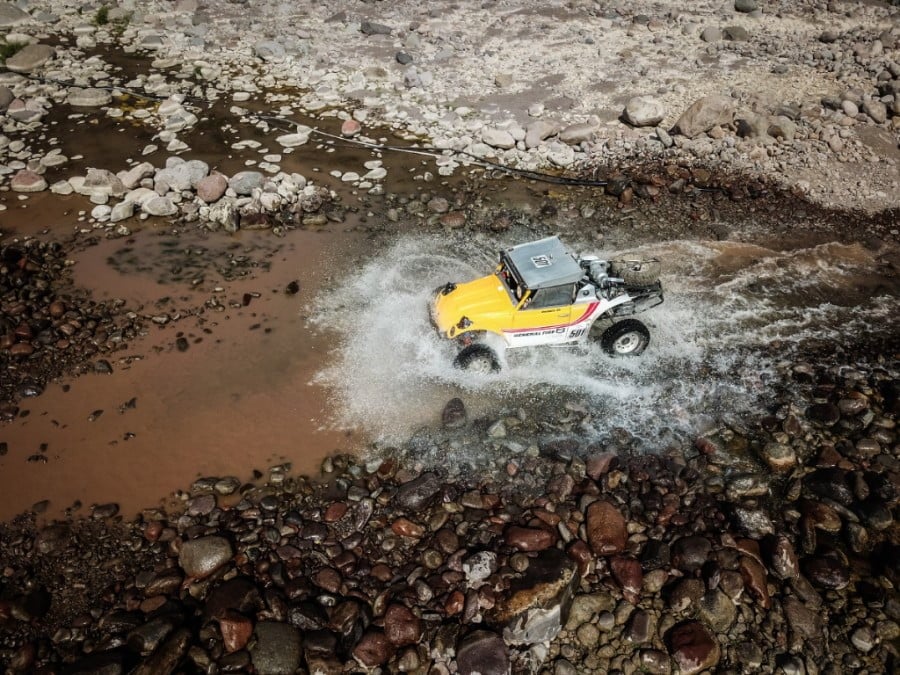 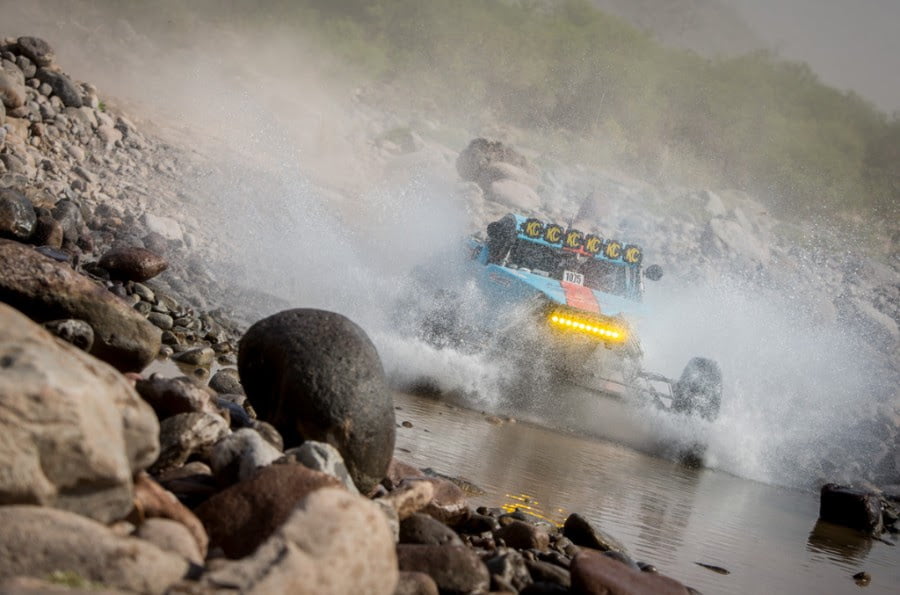 One of the great things about the NORRA Mexican 1000 is the field of competitors that range from weekend warriors to offroad racing legends. It’s a dream come true for many to compete against their heroes during the rally. Better yet, some get to race with them. Chase Dague has been navigating in the number 720 Nissan King Cab beside factory Nissan racer Spencer Low. They are currently leading the Challenger Trucks class.“I am one of the more tech savvy members of the team so I got to navigate,”says Chase, “I was the codriver at the Mint and we had some good luck so it was decided that I would ride at NORRA too. After the first day we figured out the best way to call out the turns and we have had a lot of laughs; it’s been a lot of fun. We’ve had no problems with the truck but we did have a logistical issue. The truck was a lot faster than we expected, and the chase crew had to catch up.” 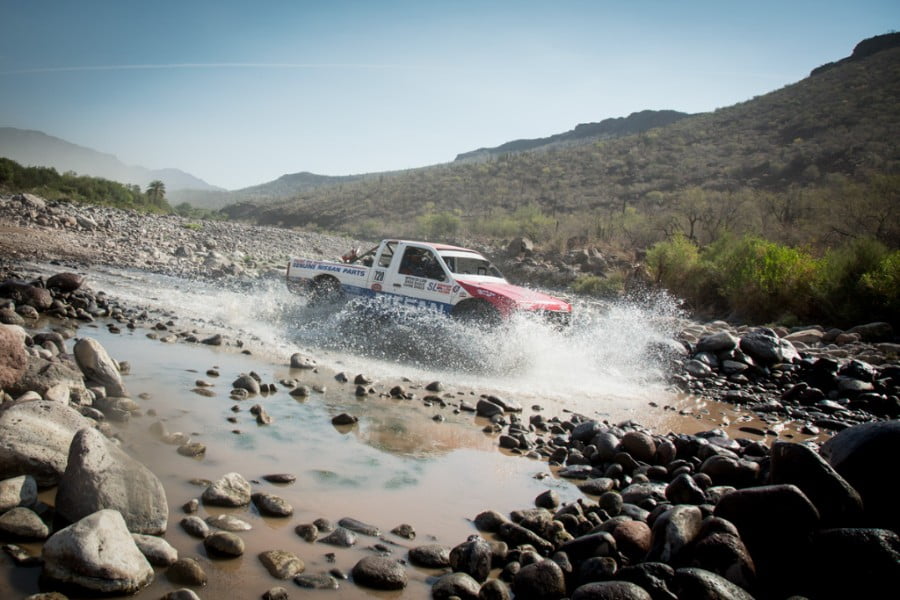 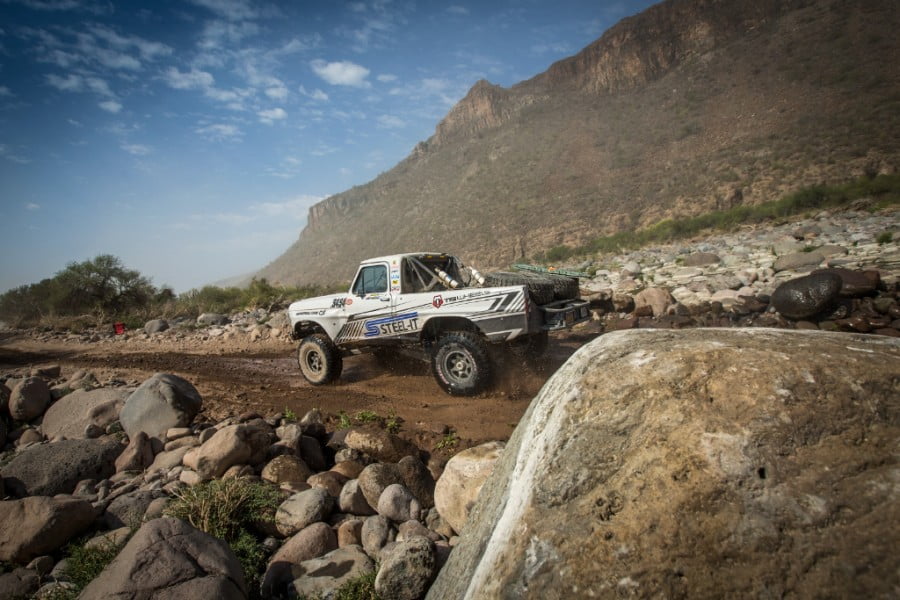 Competitors have one more stage to determine their final position before the celebration begins at the finish line in San Jose del Cabo, cold Baja Blonde by Cerveceria Transpeninsular in hand. They can almost taste the Limited Edition Roganto wines STEEL-IT is providing at the awards ceremony, but in fact, it’s far from over. For complete results from each stage, go to norra.com You can also find tons of information about the rally and links to live tracking and a live feed of the day’s events. 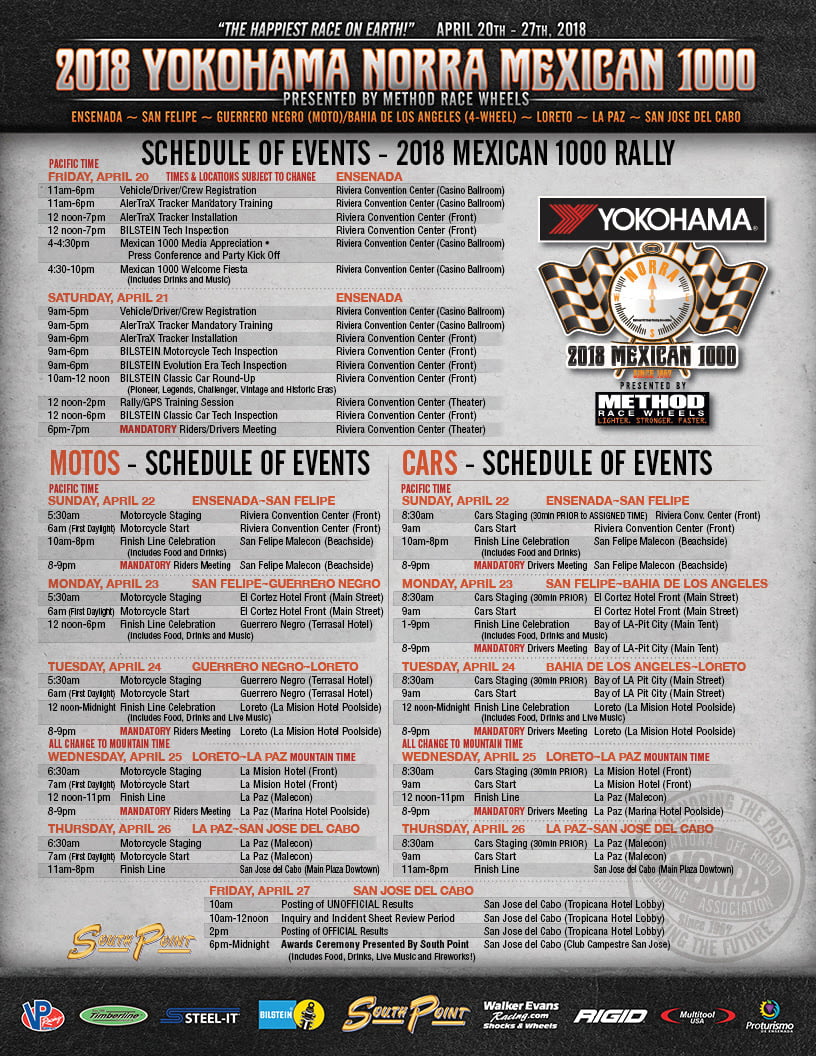