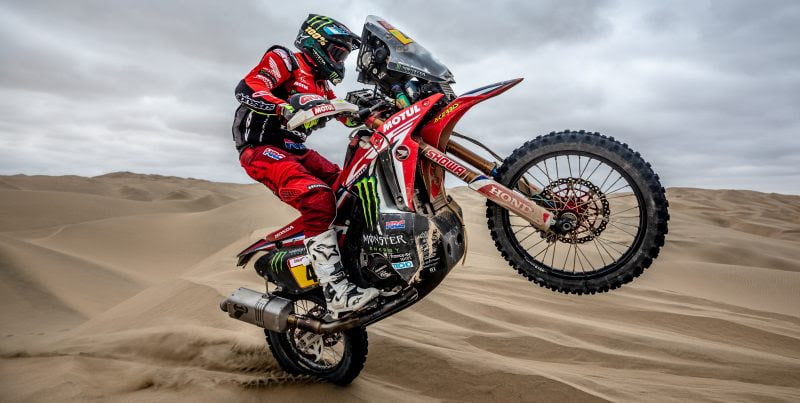 The TNDA has accepted the case presented by Kevin Benavides and Monster Energy Honda Team to the French Motorcycle Federation to overturn a penalty imposed in the recent 2019 Dakar.

The president of the French Motorcycle Federation had decided to request that the Tribunal National de Discipline et d’Arbitrage reverse a decision made by the race jury after the performance of rider Kevin Benavides during stage 7 of the 2019 Dakar Rally, after Monster Energy Honda Team had filed an appeal against it.

The case, recently presented to the FFM’s Tribunal National de Discipline et d’Arbitrage – the TNDA (French abbreviations) by Monster Energy Honda Team’s Argentinean rider has been resolved with the Court issuing a ruling, on March 4, 2019, nullifying the decision of the rally’s international jury who had imposed a hefty sanction on Kevin Benavides on January 15th.

The TNDA, after having weighed up the different statements presented to the Tribunal National de Discipline et d’Arbitrage, ruled in favour of the Argentinean, outlining that Kevin Benavides had in no way violated race rules. Paragraph 3 of Article 17P2 had been replaced with a new paragraph, dated January 8th 2019 at 18:30, with an additional text also added on January 15th, indicating “the prohibition of adding additional notes on the motorcycle, in the rider’s kit or on any part of his body or any other means of support”, which was published after the rider had already received the 3-hour sanction.

Thus, in overturning the jury’s decision from January 15th and deciding in favour of the team, the overall final standings of the race have been modified and Benavides has his 3-hour penalty annulled. In the new final 2019 Dakar Rally rankings, Benavides occupies fifth overall position.