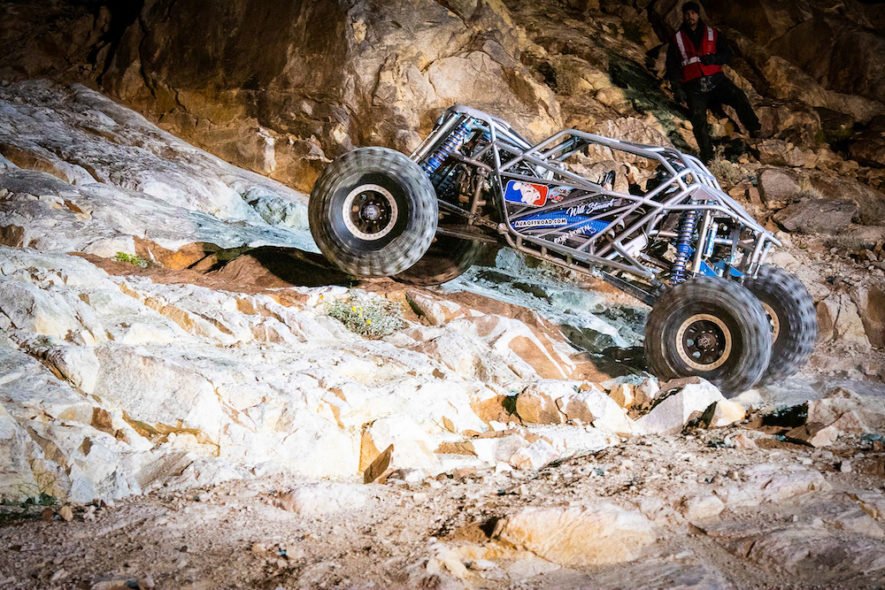 Will Stewart Wins In His Southern Rock Racing Bouncer

February 5, 2019 (Johnson Valley, CA) – King of the Hammers started in 2007 as an informal competition among friends.  The Holley EFi Shootout is no different.  Formerly known as the Backdoor Shootout, rockcrawling enthusiasts would gather at the huge vertical climb known as Backdoor to challenge each other for bragging rights as the quickest driver up the ten-foot tall ledge.  Held on Monday night of KOH week, the Holley EFi Shootout presented by KMC, King, and Action Sports Canopies has outgrown Backdoor without forgetting its roots.  Ultra4 cars, rock bouncers from the Southern Rock Racing Series, and home built rockcrawlers duke it out to be the fastest up a series of steep, loose rock ledges on the infield of the KOH qualifying course. It’s KOH’s unique version of drag racing, with stadium lights and announcers with thousands of people watching the course, cheering (and heckling) the drivers.

Less than half the 32 competitors even reached the top of the course, with rollovers and broken drivelines being common occurrences. Jason Harris was the first to complete the Shootout, but he didn’t hold first place for long before Kyle Hathaway set the fast time, making it to the top in under a minute.  His time stood for much of the night, besting west coast rockcrawling favorites Cody Wagoneer and Justin Kielman in their single seat, rear steer buggies.  It was looking as though Hathaway’s time would stand, but Anthony Yount completed the course in only 22 seconds in Jason Harris’ Riot buggy.  That time seemed impossible to beat, but Will Stewart had a near perfect run, rocketing to the top of the steep, rocky ledges in a mere 19 seconds to win the night.  Stewart, a Texas native, actually moved to Tennessee to compete in his Gone Postal buggy, and found success on the west coast at Nitto King of the Hammers.

Nitto King of the Hammers week continues Tuesday with qualifying for the premier 4400 Class starting at 8 AM, and top drivers qualifying during the “Power Hour” at 4 PM.  Following qualifying, the action shifts to Hammertown for the Pit Crew Challenge, which pits teams against each other in a bracket-style competition. All classes are represented in this new competition with the fastest team from UTVs, T1 desert trucks, 4500, 4600, 4800, and 4400 going head to head for bragging rights and a long list of prizes from Pro Eagle, Buggy Whips, Raceline, and Boxo Tools. Not on the lakebed yet?  Follow all of the action at ultra4racing.com/live. 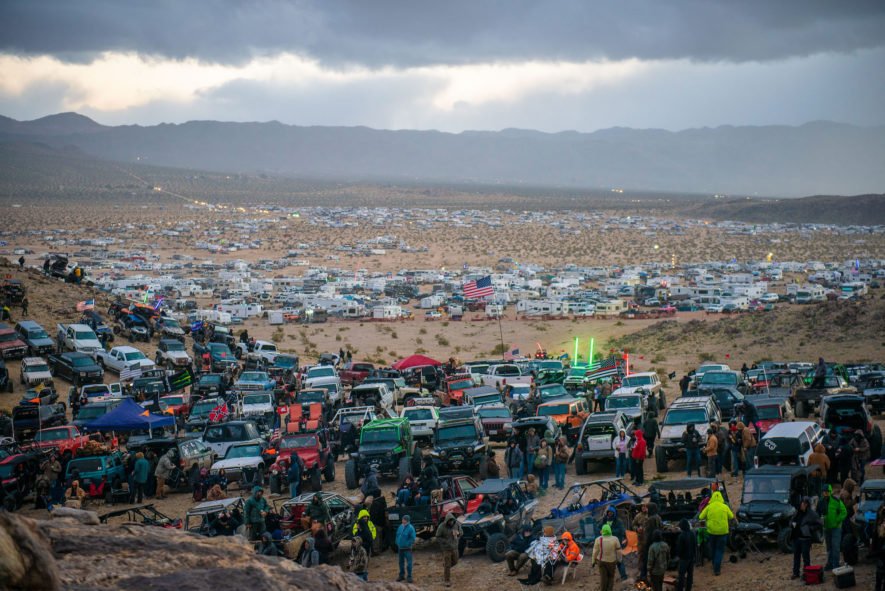 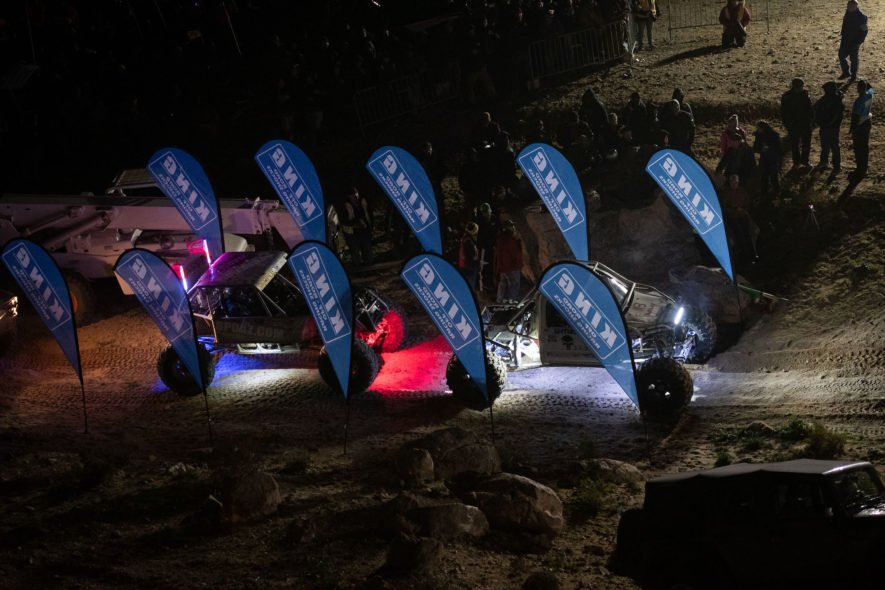 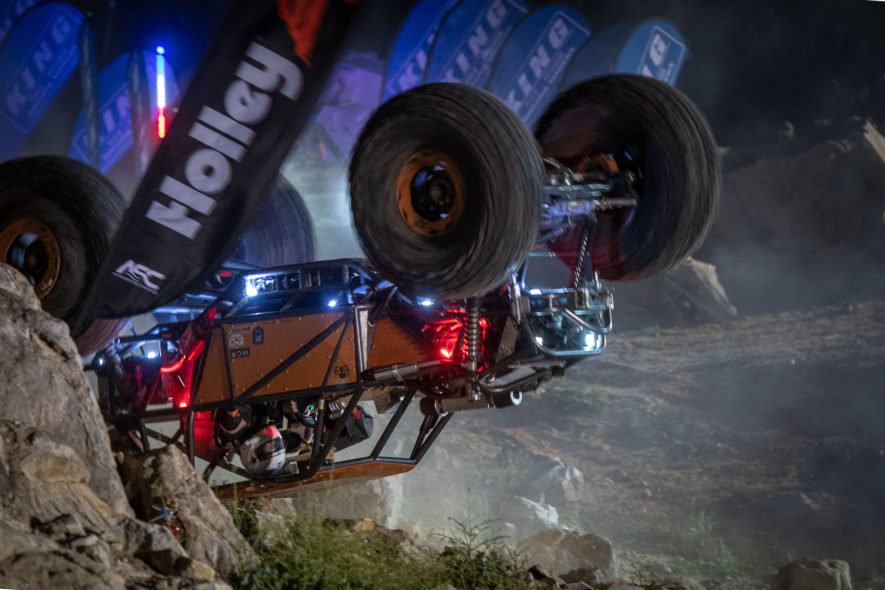 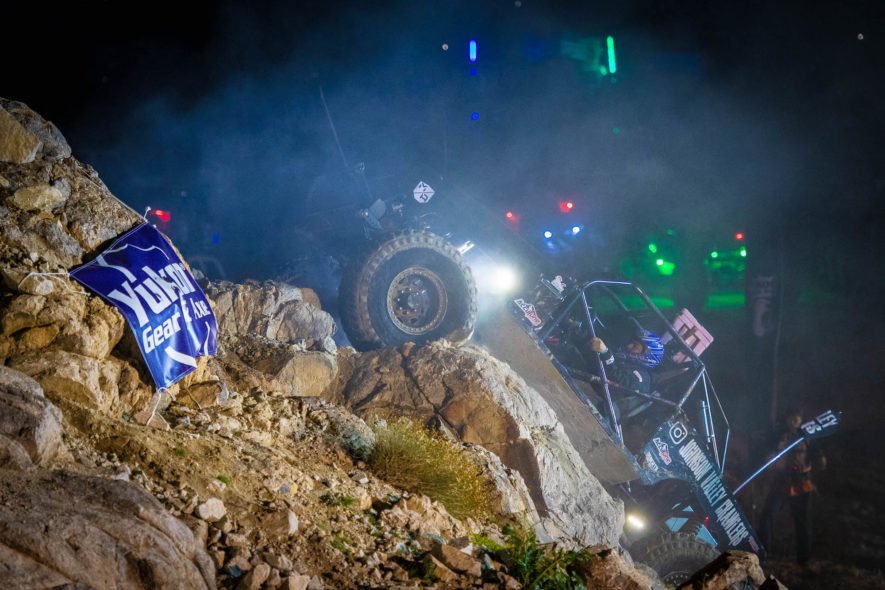 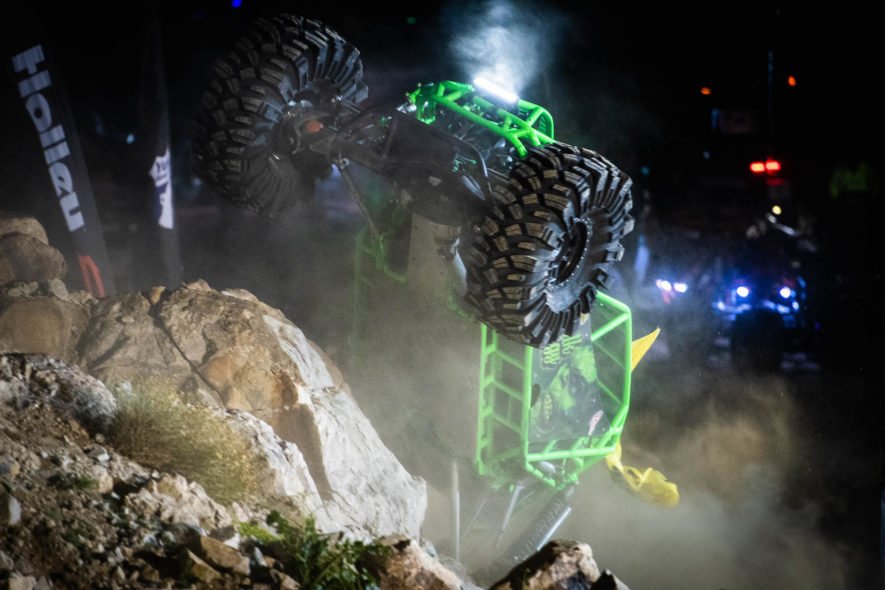 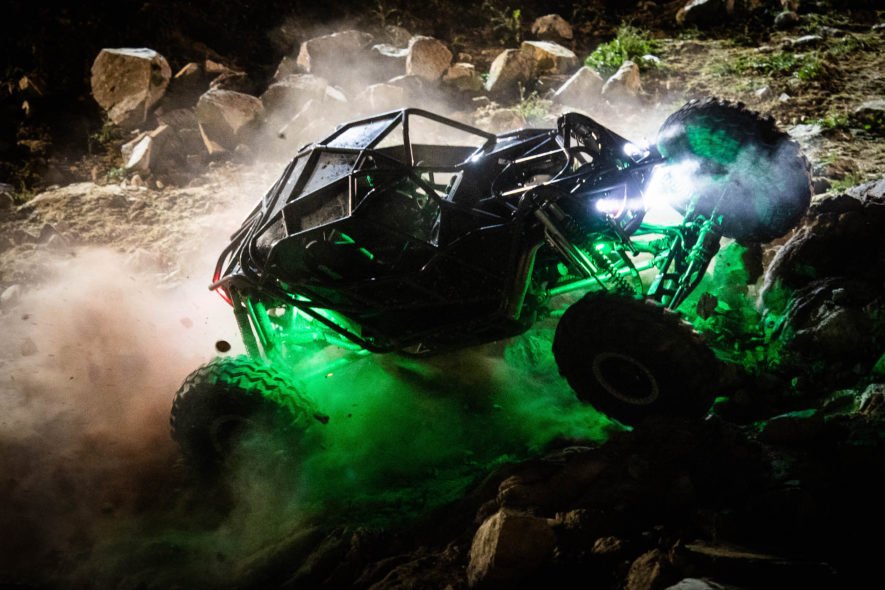 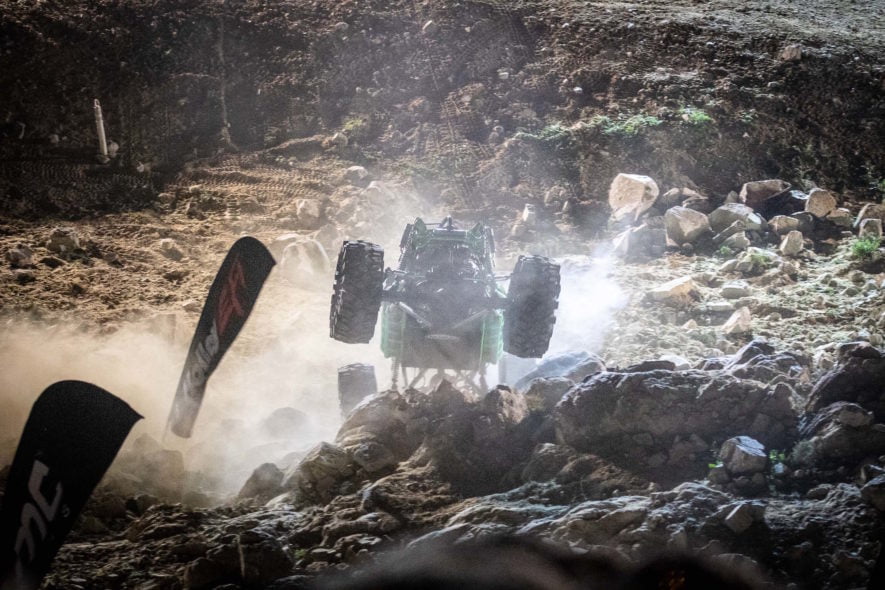 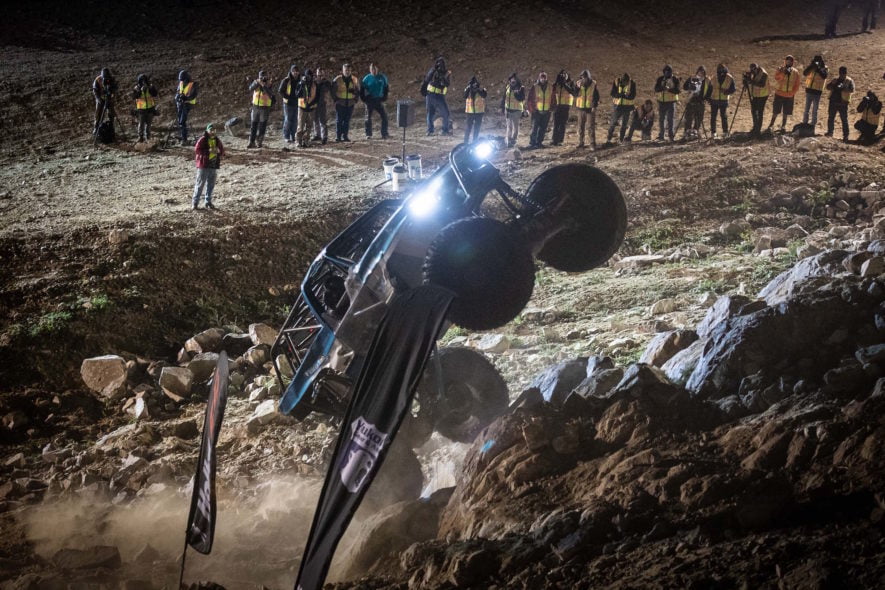