Are the Teams Ready for a Race with a Reputation for Tempestuousness?

Lightning filled the sky with a flash of baby pink over the center of Irkutsk as the last trucks crossed the podium for an enthusiastic, but waning crowd. With the sun setting well after 10p.m. during the summers, darkness was evidence of the late hour. It seemed the region’s tendency to rumble with this rally, both literally and figuratively, began to reveal itself. Not yet the first stage and already rain threatened the parade. One year, downpours battered every stage, having steadfast participants reconsider their return. Then at other iterations, the extreme temperatures took their toll on both man and machine alike. No wonder this Russian-born race keeps even the best pilots at bay. 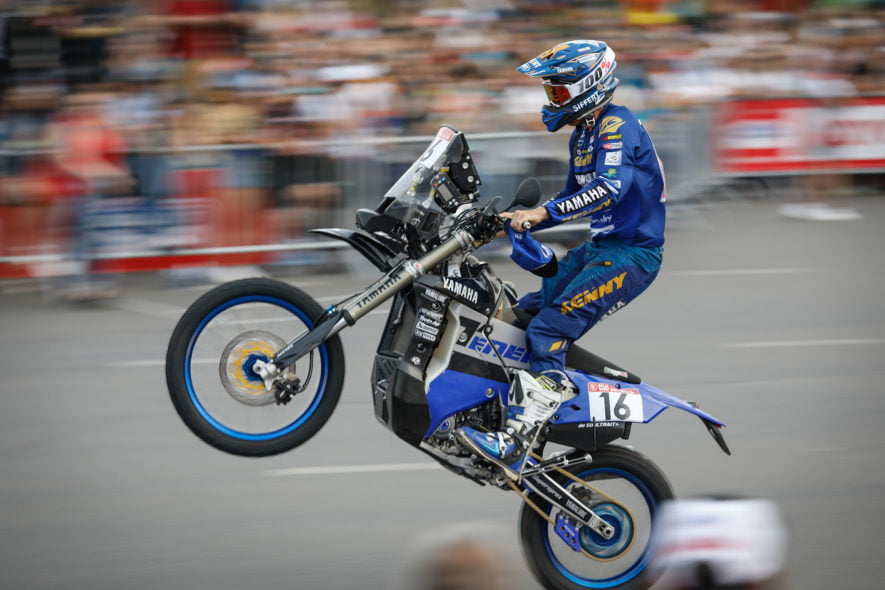 “This 2019 SILK WAY RALLY offers a dream route, not only for the competitors but also for the many TV viewers who will be able to follow this fantastic adventure in almost 190 countries. For the first time this 9th edition incorporates the bike category and becomes the second round of FIM World Championship. It will no doubt offer a fantastic spectacle and take our event into a new dimension.” – FRÉDÉRIC LEQUIEN, Silk Way Rally Deputy Director

And yet, the roster is still littered with big names. Yazeed Al Rajhi #200 (Overdrive Racing) has come back to defend his title alongside co-pilot Dirk Von Zitzewitz, but it won’t be a cake walk as three-time Dakar Rally winner Nasser Al-Attiyah and navigator Mathieu Baumel #201 (Toyota Gazoo Racing) are gearing up to wage war for a chance to finally be crowned Silk Way champions. Some of the most dynamic battles, however, will likely be fought by the fastest vehicles on-course. Between UTVs (Side-by-Sides), we’ll certainly see Sergei Kariakin #220 (SNAG Racing) and José Pena Campo #219 (Xtreme Plus) volley in and out of the three most desired positions over the next several days – leaders of the pack, no less. 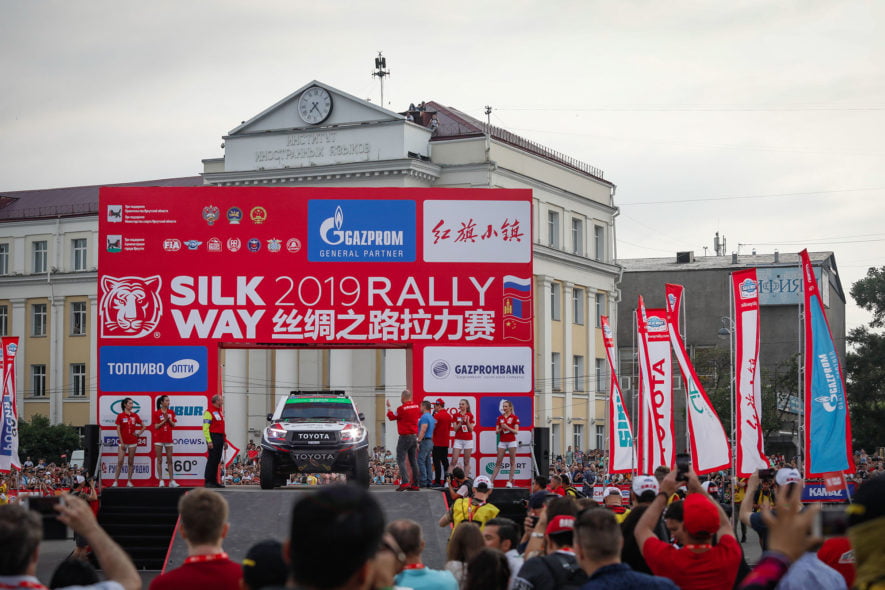 “This is one event that I really want to win and, hopefully, this will be my year. I have taken part in six rallies so far this season and won all six, including the win at Rally Kazakhstan at the start of June. This is a long and demanding rally and the stages will be a challenge for everyone.” – NASSER AL-ATTIYAH, #201, Toyota Gazoo Racing SA

America has plenty to root for this year. Not to be left out of the party, the country is fairly well represented. While Austin Jones and Kellon Walch #229 (South Racing CA-AM) will be scrapping amid the Side-by-Sides. And maybe even more exciting will be witnessing the #310 CRV truck, commanded by two Israeli natives, Aviv Kadshai and Maoz Wilder, and American Izhar Armony, plow through the special stages (proverbially) sporting the Stars and Stripes. But still, our boys are outnumbered. There’s nothing to do but watch and wait. A spectacle to behold. And the KAMAZ-Master team, four trucks strong, will likely put on the grandest show. Squeezing through the stampede trying to outrun the other petrol-powered giants. No small feat. But will their quadruple-sized investment pay dividends? 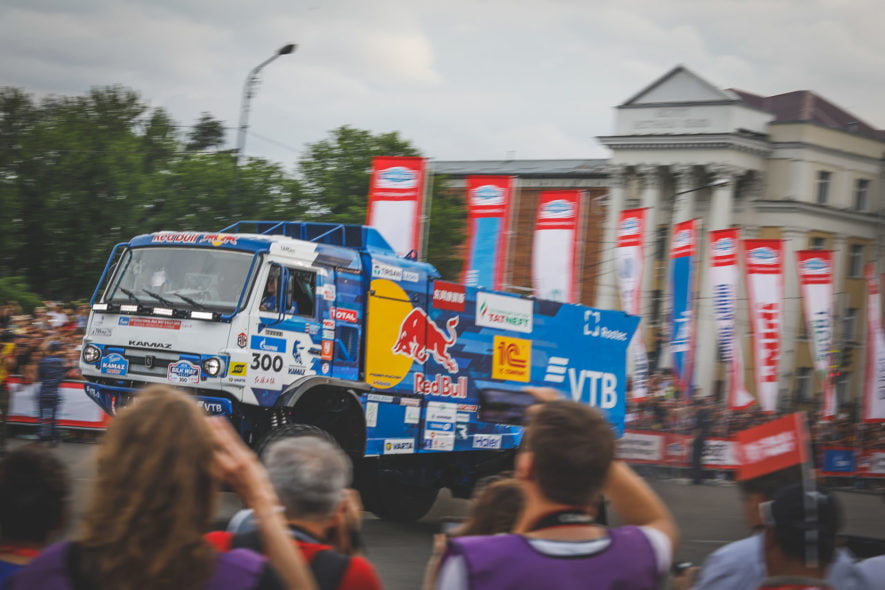 The list of quads is small this year, but those three adventurous enough to tackle the challenge – Rafal Sonik #101, Aleksandr Maksimov #102 and Arkadiusz Lindner #103 – will surely pave the way for more to come! Among the motos, plenty of familiar faces from Victory Row will appear at the Starting Line on Sunday. Sam Sunderland #6 and teammate Laia Sanz #44 are ready to prove KTM’s motorbikes dominate all types of terrain, while Adrien Van Beveren #10, Franco Caimi #13 and Xavier Soultrain #16 will do their best to put Yamaha on the podium. But it’s “Shorty” who many Americans are keeping their eye on. Will Andrew Short #29, in reportedly the last year of his contract with Rockstar Energy Husqvarna, push himself out of his ultra-consistent, though we wouldn’t say “conservative,” comfort zone? The very one which won him a Top Ten finish at the last Dakar… 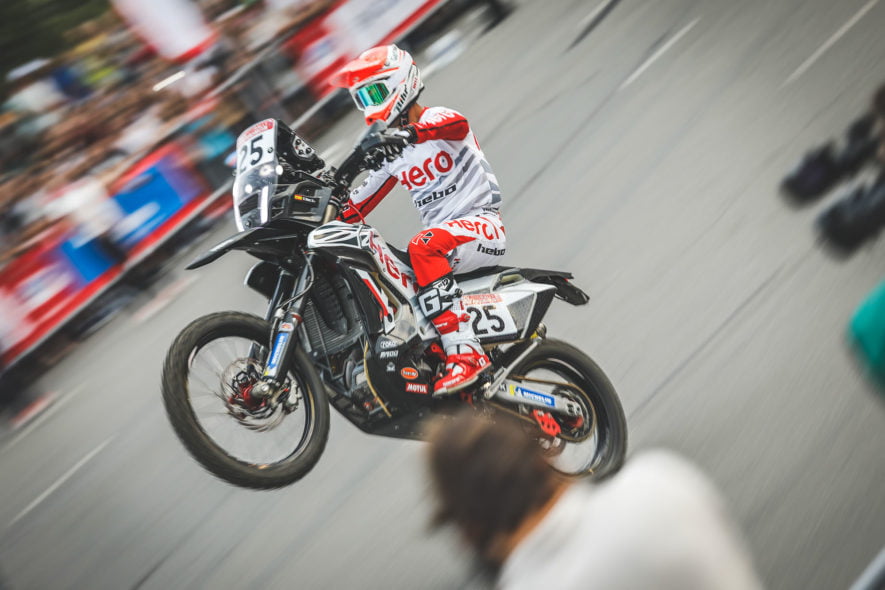 “I am ready for the race and the challenge. Seems like the unknown makes the anticipation of what lies ahead even more exciting. This isn’t a desert or region that the other competitors are familiar with so that is an advantage to me compared to the other rallies I have completed. Going to be a long race so my main goal is to finish first and foremost.” – ANDREW SHORT, #29, Rockstar Energy Husqvarna Factory Racing

The competition is stiff, and the 5,000 kilometers of multifaceted landscapes across Siberia, the Gobi Desert and the dunes of China will keep teams on high alert. Each region as fickle and unforgiving as the other. At once a serene, peaceful environment, the warm summer air can summon a storm swifter and more ferocious than a tigress protecting her cubs. That is the spirit of the Silk Way Rally. So, look out all who dare tread too close. The Silk Way Rally is watching you. And she’s ready to strike…