Journeying from the border town of San Luis Río Colorado all the way to Campo La Salina – a salt flat, boasting a new temporary lagoon from the recent weather, the Fifth Annual Yokohama Sonora Rally, Presented by Method Race Wheels, ventured into new territories unseen in previous iterations. Terrain untouched by man, fought tooth and nail to remain unsullied… To no avail. While earth may not have won the battle, it left scars on all the racers attempting to cross it. Morning dunes inflicted physical pain with camel grass making a fatiguing set of mini moguls along the slopes. As the demand on their bodies wound down, the demand on their minds took over, and for the final 60 kilometers of racing, pilots faced several challenges navigating the special. With recent storms passing through Sonora, and no time to rerun (and remap) the course, much of it had washed away or morphed into something unrecognizable from the scroll.

“Stage One, [of the] Sonora Rally, was more or less a marathon night, which is pretty cool. Who doesn’t like camping out in the middle of the desert? Although, Stage One was more of a warm up, it wasn’t very easy. And the ending was tough So, I’m happy to be at the Finish line.” – – Ricky Brabec #2, Monster Energy HRC Team Rider 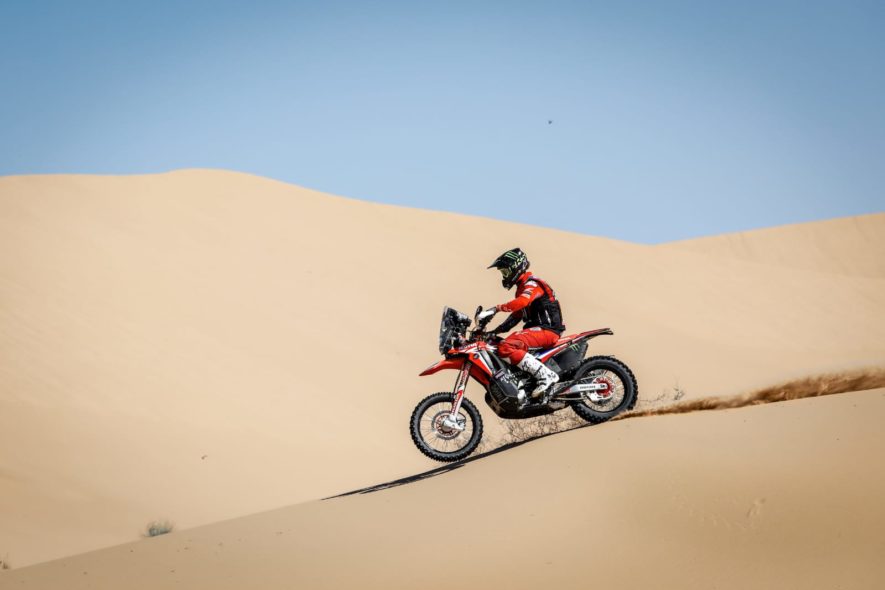 The first day of racing at the Yokohama Sonora Rally was unforgiving. Scoured out valleys made for tricky, if not downright frustrating, navigation. Many became lost, more than once. Several received penalties for minor infractions in strict speed zones. While others suffered more severe conflicts, with a few UTVs even tumbling down the vast mountainous piles of loose, khaki granules. One team of two both ran out of gas as they learned (the hard way) of their brand-new bikes’ true fuel capacities. But such is rally raid. Where adversaries become allies as, in this case, a couple of front-runners each rescued their own, for lack of a better term, damsel in distress – losing precious time which will unlikely be returned.

It wasn’t all for nothing. The top finishers were still in a tightknit group at the end, all things considered. Ricky Brabec #2 won the stage, with Justin Morgan #6, Skyler Howes #1 and Mike Johnson #33 (founder of Rally Comp) taking seats just seconds behind him. Former pro motorcycle racer, Chris Blais #49 is leading the pack of Cars & UTVs in his premiere rally behind a wheel. And Erik Pucelik #51 just after, the only other vehicle on four-wheels to breach the Top Ten. Garrett Poucher #4 just barely made it in at 9th Place, though he was one of the two bikes which had ran out of gas, needing to be towed to the highway for an impromptu pitstop. One can only imagine how fast he would have had to be going to have lost that much time and still finished among the elite! 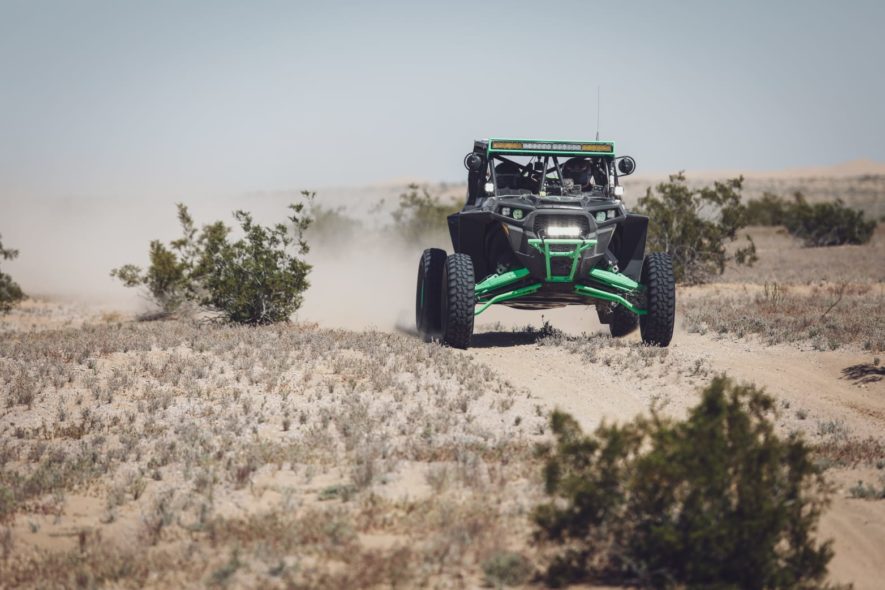 As one would expect from an organization which prides itself on racer satisfaction, the environment was epic. The Old Mexican roadways unmolested by daily traffic. A dry lake bed added character to the obstacles early on. And after a short section of challenging dunes, the stage turned towards the ocean. Though it was there, by the lighthouse, the wayfinding became fruitless. The world had transformed in a week, and now, this paper scroll, a treasure map in-fact, which typically guided users toward a stage-winning finish, instead sent them on a wild goose chase for that coveted sound. Ding! goes the Waypoint… But that’s what it’s all about. Putting yourself to the test. Draining body and mind of all its energy and still finding a way to the bivouac.

“Tomorrow, I think the rally is really going to start and today was a good warm up, so I’m looking forward to the rest of the week.” – Ricky Brabec, Monster Energy HRC Team Rider” – Brabec 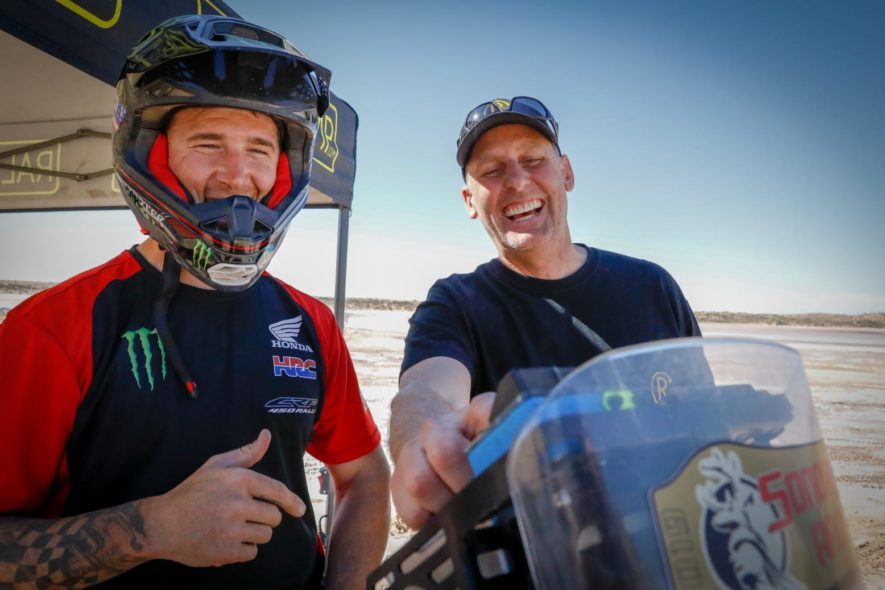 If nothing else, teams can look at SS1 as Brabec has: a warm up. Check it off the list and move on. Enjoy a glass of local wine, chow down on pieces of succulent lamb cooked whole above a wood fire, rub elbows with racing legends, sleep under the stars and just be grateful they lived to ride another day. Because you never know what tomorrow will bring, you just have to be ready to roll with the punches. 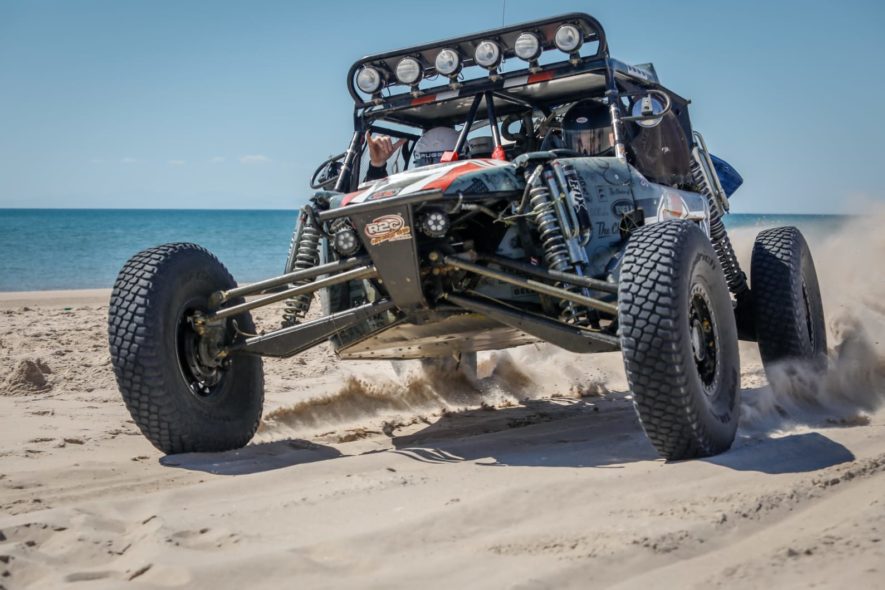 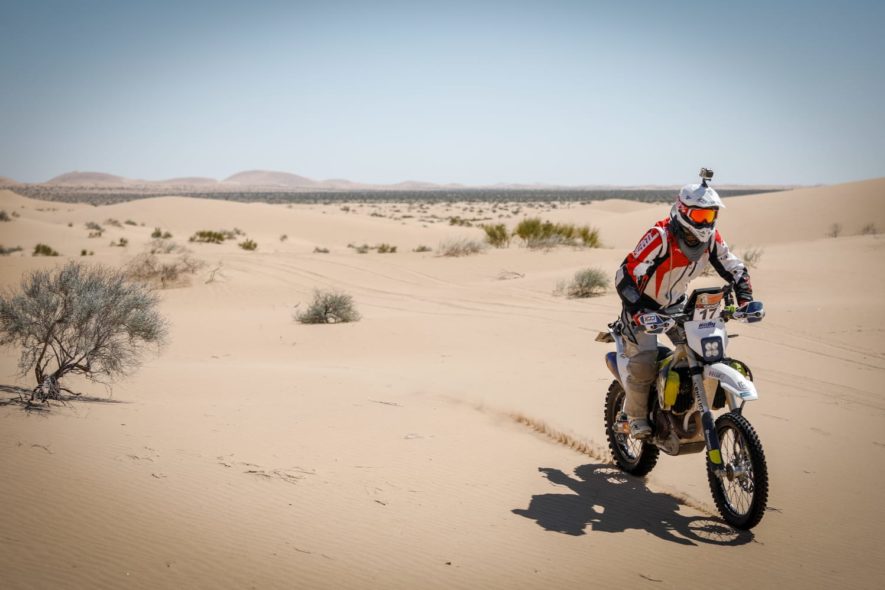 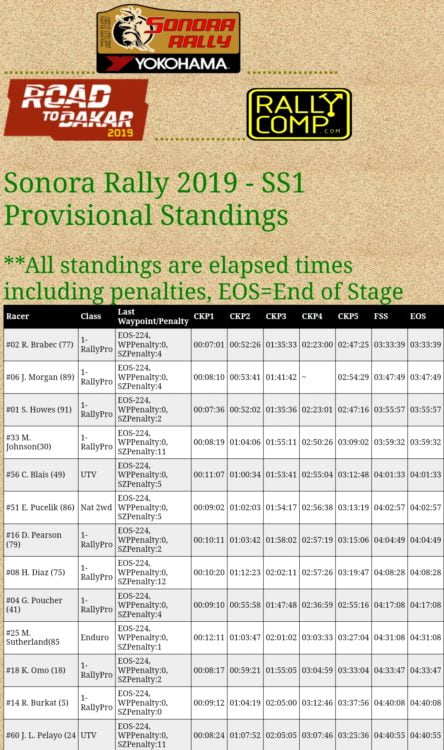