The Rhythm of Sonora Rally Ventures Closer to the Conclusion

Thursday, March 21st, the five-day symphony of screaming engines climbs its way towards a momentous finish on Friday, but not before a big change in rhythm. Race Days One through Three offered all the drama – booming machines, mountainous dunes, game-ending crashes, heartbreaking mechanical issues and an invisible maze of baffling navigation. But after several days in the sand, Special Stage Four of the 2019 Yokohama Sonora Rally played a different, though still quite menacing, tune.

Day Four of racing offered other-worldly landscapes compared to its sandy counterparts, covered with smooth, salty, dry lake beds where pilots can really get on the gas. Ancient cacti added another element of danger crowding the racecourse in some places as the extended their spiky arms towards the explorers wound their way through. Washes were freshly eroded by recent rains, and riders took full advantage of the rails doing their best not to be made ping-pong balls at the center of the path. Although in some places, square-edged rounds two to three feet in dimension were ap to take out unsuspecting competitors going full-speed towards eminent glory. Eventually, the race cut westward towards the sea to let racers dip their tires in the ocean and cool off for 60km of multifaceted coastline, setting the scene, and slow the tempo, at the penultimate battle. And despite the many perils, everyone arrived at the bivouac in good spirits with plenty of new memories, for instance a special visit will the Seri people, an indigenous group of the Mexican state of Sonora. 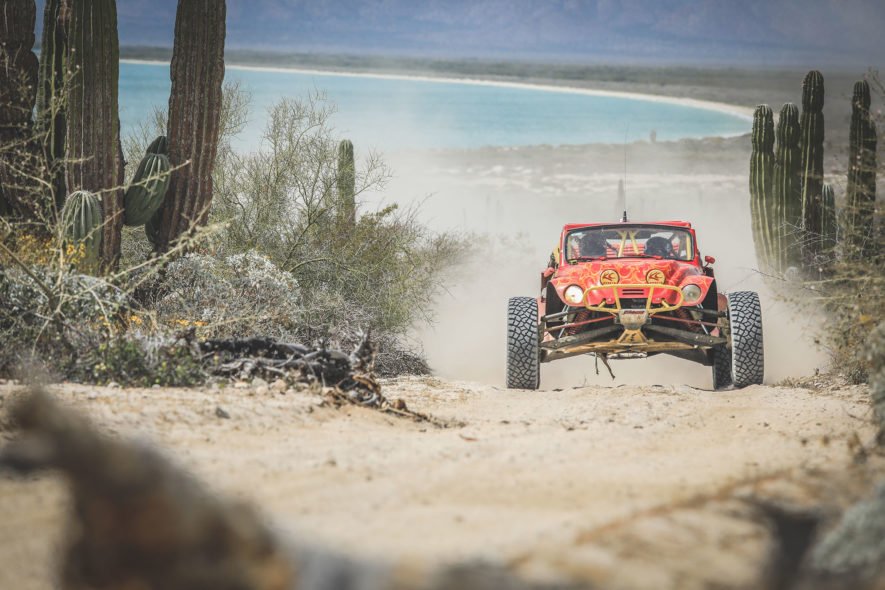 All jokes aside, the day offered its fair share of twists, ending with a few small victories and several upsets. In surprising turn of events, 2018 Sonora Rally champion Skyler Howes #1 swiped the stage win – riding at his typical level of excellence, but without a single circumstantial setback. Minor navigational mistakes appeared to have caused #2 Ricky Brabec’s shift down the ladder, though as long as he crosses the Finish line in Hermosillo, it won’t affect his position on the podium. Rally raid’s most underrated fast-guy is the soft-spoken owner of Rally Comp, Mike Johnson #33, who’s been a regular on the North America rally circuit since he’d first hit the dirt. But the real excitement has been watching the motos duke it out in the Morocco Challenge, which offers the winner complimentary chance to race the Rallye du Maroc in October. Aaron Richardson #15 managed to keep Kyle McCoy #31 and Jim Pearson #10 at bay giving him almost a 2.5-hour lead and, quite possibly, the proverbial crown. 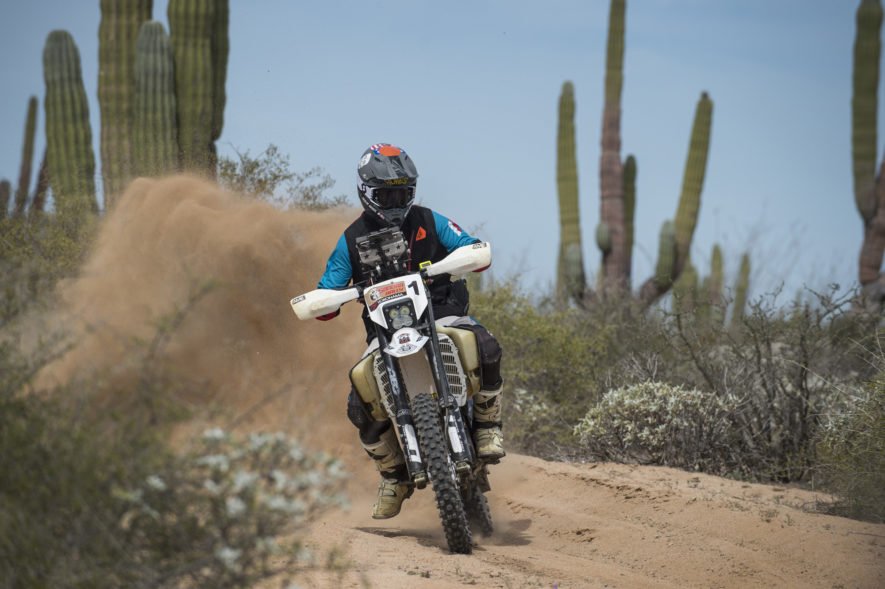 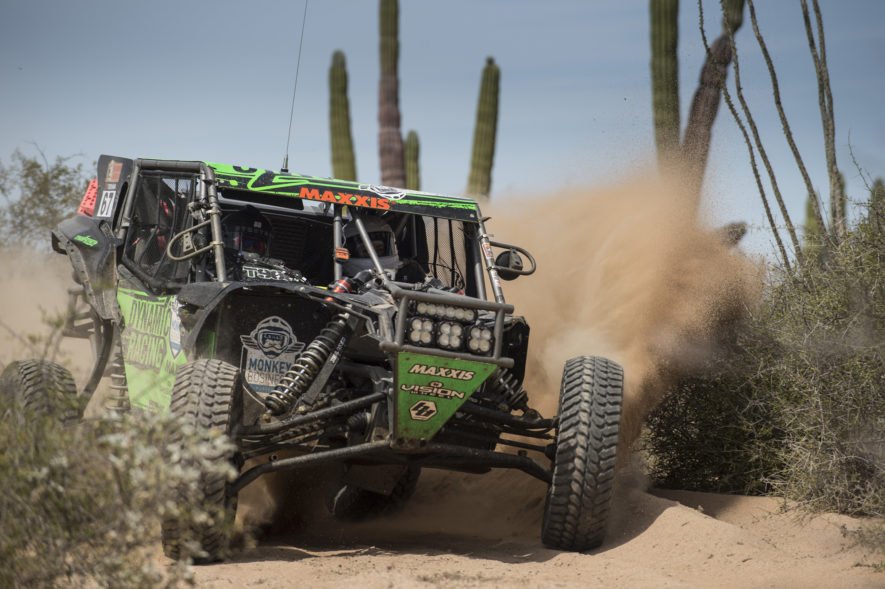 The Cars also saw a new champion in SS4 as P.J. Jones #64 fought his way to the front of the line of formidable UTV adversaries. One in particular, Christina Giampaoli #67 with Dynamic Racing, has been grinding all week despite a fractured wrist to keep her team in the Top Ten come Friday evening. Chris Blais #56 may have stepped aside for the stage win, he still sits comfortably at First overall, with Javier Luis Pelayo and teammate Alfonso Alonzo Diaz #60 on a crusade to close the 58-minute gap. Sadly, multi-time Baja 1000 winner, and rookie to rally, Lee Banning #65 accompanied by his co-pilot Mauricio Parra endured transmission troubles leading to their DNF. Even with Glenn Scherer #66 out of the race, the Road to Dakar will still be an arduous journey down Special Stage Five. Tensions are sure to be high approaching the bivouac, but once the drivers roll under the Method Race Wheels inflatable archway, a tremendous weight will be lifted. And for the Road to Dakar entrants like Pelayo, Dave Sykes #52 or Jason Murray #69 it’ll be time for a shower, cerveza and to await rally world’s most coveted award. 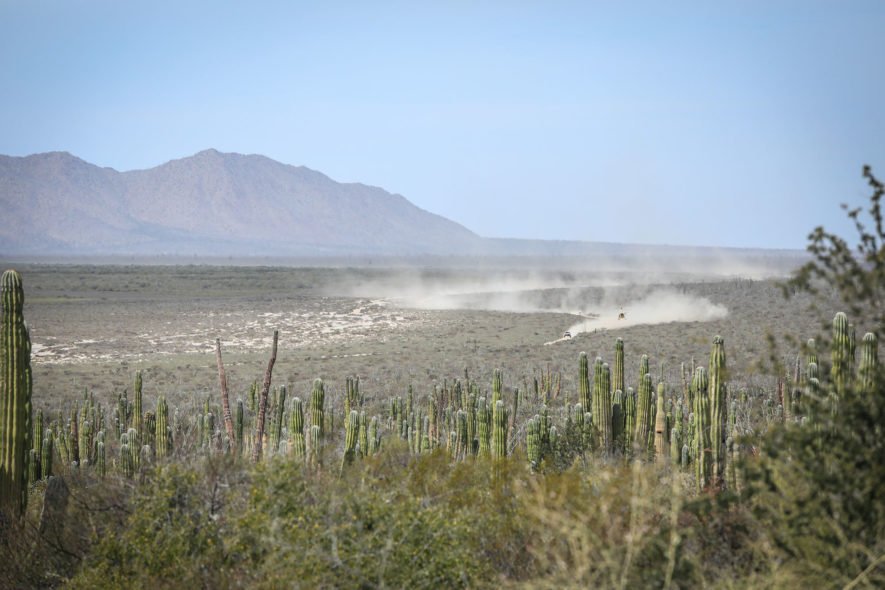 “[Special Stage Four] went well. We got a little confused at the start. My co-pilot is pretty new, and I let him do a lot more work today than normal. A lot of stuff was tricky, and guys were getting lost. When we came off the beach, a bunch of drivers went the wrong way, but we ended up getting on track a lot sooner than others. It was really fun through the twisties, and we had a great time through the cactus fields. Some of the teams had been passing us over and over all day – getting lost then passing us again. I had decided to just drive a nice smooth race. Conserve. I have a good lead, and it’s my race to lose right now, so, I’m taking my time.” – Chris Blais #56, Blais Racing 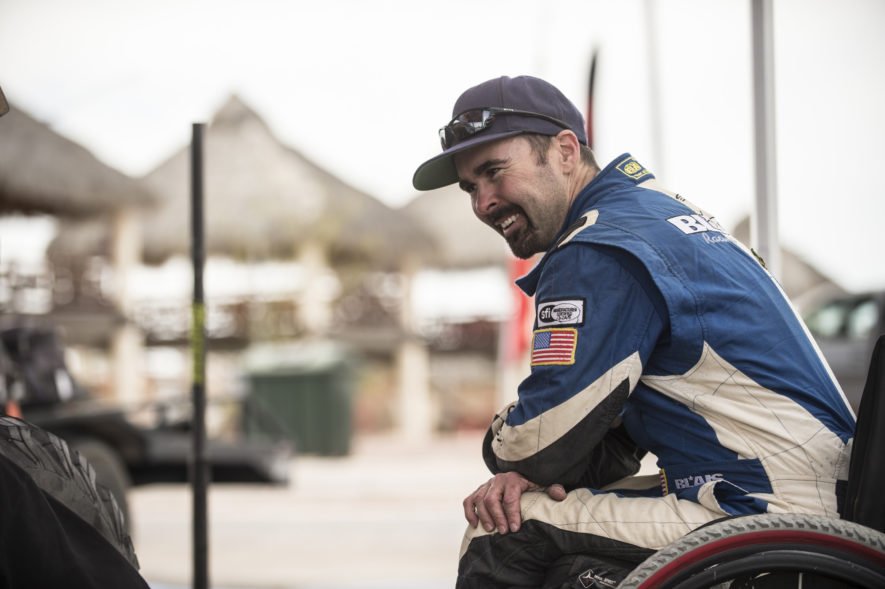 The song may have slowed by Day 5, but as the music comes to its inevitable end, melodies from the 2019 Yokohama Sonora Rally – presented by Method Race Wheels – might just make your favorite playlist.

Ø The Adventure Raid group are having fantastic time with the tour guide, who has been leading them through small sections of the course at a leisurely pace – avoiding the strain of racing and long kilometers of torturous terrain. It’s been the perfect way to expose rally raid to a variety of off-road enthusiast with a variety of backgrounds.

Ø Unlike in Baja California, another hub for off-road racing, a large percentage of Sonoran roads or trails which the rally runs as the race course on are rarely used, even by locals. Some of these paths are completely abandoned, 90% of which have gone back to nature. These are considered “faint roads” to the locals because they are almost impossible to see, even as they are being traversed. 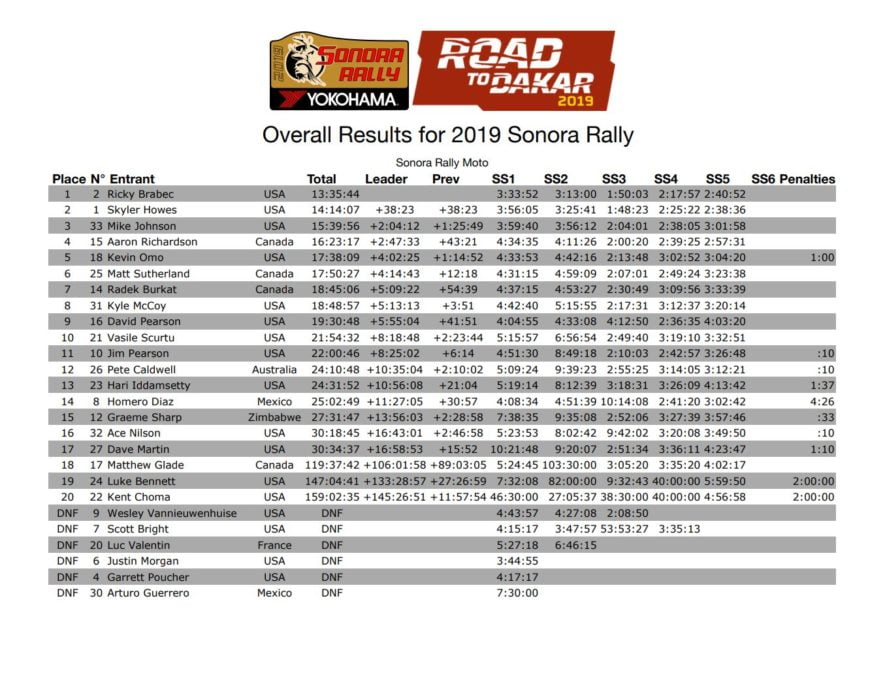 Ø Top Ten Results as of SS4

Ø Morocco Challenge results as of SS4

Ø Road to Dakar Challenge results as of SS4

SONORA RALLY LIVE TIMING!
Sonora Rally will be posting Stories Live Timing on the website after every stage each night. Check in every night for the Provisional Standings: http://sonorarally.com/livetiming.html