Friday, March 22nd, was a day which for many was bittersweet. The race was demanding, more than you might find at any other event of its kind in North America. And not just for the competitors, and their teams, but for everyone involved. Early mornings, late nights. In a constant state of motion, if not physically, then mentally and emotionally – and running on a tank about three-quarters empty. It’s not easy. There are moments when it’s not even fun. So, why is it as the time comes to say goodbye, there’s a sudden loss for words?

The first section of Special Stage Five was designed around a tightly wound, crisscrossing network of pathways, weaving through brush and bushes that’ll slap an unsuspecting co-driver in the face if they’re preoccupied. Race Director Darren Skilton called it “Africa Nav” – quick changes in direction with a pile of options to point the tires at any given time. For a brief stint, the course cruised down a bit of beach to then open-up onto wide, fast farm roads letting the pilots finish their final heat in full race fashion: on the gas.

At the heart of Hermosillo, Sonora’s state capital, waves of racers pulled into the bivouac for the last time. Under the Method Race Wheels archway, a lineup of the usual suspects – Ricky Brabec #2, Skyler Howes #1, Mike Johnson #33, among others – shook hands with Timing & Scoring and congratulated each other on a job well done. They obliged taking pictures with fans while they cooked in the desert sun waiting for clearance from Rally Comp. Motos were the first to pose under the Yokohama inflatable, continuing the photoshoot with their team members for the inevitable announcements on Social Media. Cars started showing up not long thereafter with the same wide grins pasted to the drivers’ faces. The biggest smile however was presumably Chris Blais’, who after being forced to retire from rally raid due to a fateful motorcycle accident in 2007, this day won the Yokohama Sonora Rally in a UTV. Initially hesitant, his wife had told him point-blank, “you’re going to the Sonora Rally.” And in true Blais fashion, he showed up, didn’t say much or very loudly, competed intelligently and took home the victory. Not bad for a 12-year hiatus. 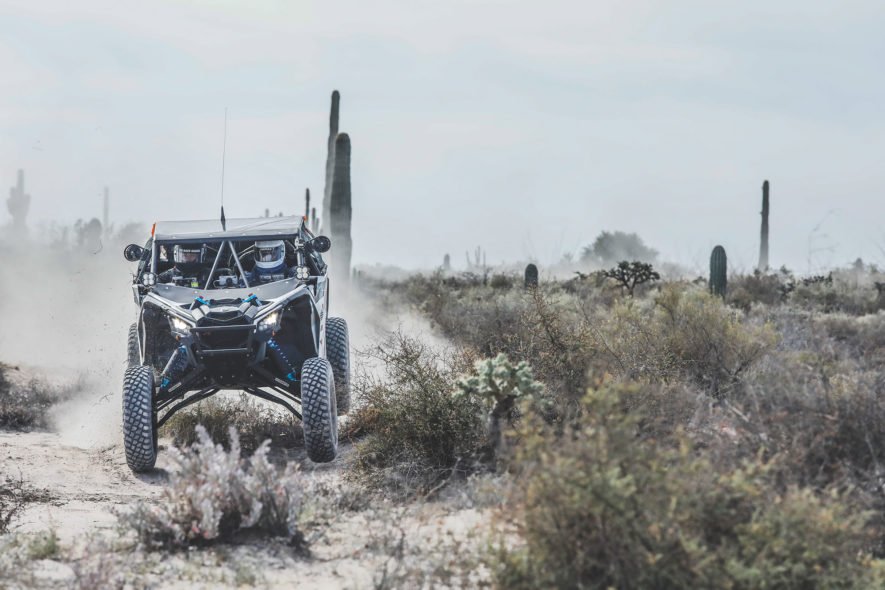 “This is just an awesome experience. You know, I hurt got hurt in 2007 so this is my first rally, ever, back. And to come out win is…great! We had a great time…I want to thank my whole crew. They really put up with a lot. It’s a little harder to get around and all these other things we’ve got to do. My guys make it happen and make it possible so I can come out here, have a good time and live my dream.” – Chris Blais UTV #56, 2019 1st Place Champion in the Car Class 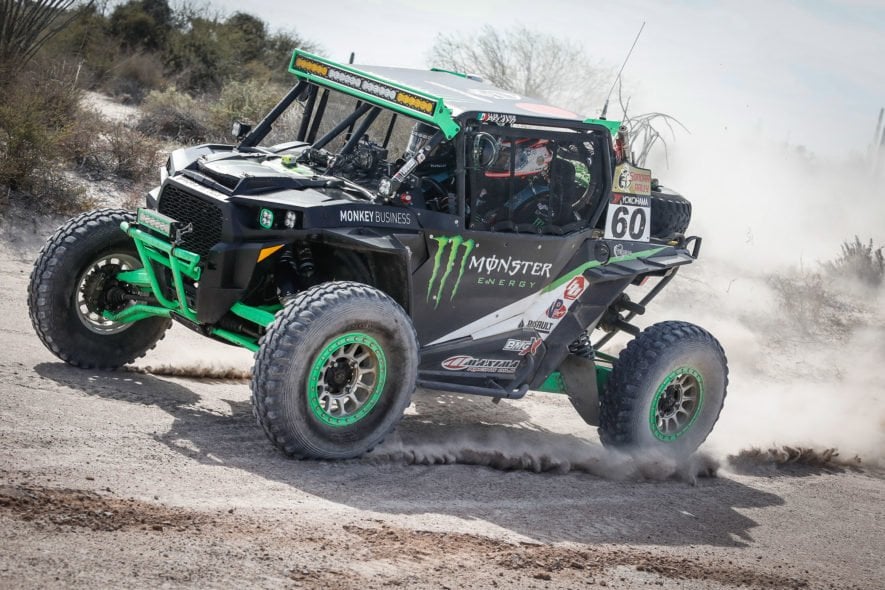 A man who’s supported the rally since the beginning, racing a truck and stock UTVs over the years, finally added some serious upgrades to his machine and came back last year to nab 2nd place. Well that man’s done it again, and standing onstage Friday night, giving a heartfelt speech and having a laugh were Dave Sykes and his co-driver Scott Steinberger #52. Mexico had more to celebrate than the average Friday night as their very own, Luis Javier Pelayo and Alfonso Alonzo Diaz #60, unsurprisingly took the 3rd proverbial step on the podium. Pelayo also received a free pass to the 2020 Dakar Rally after an arduous journey to the top of the Road to Dakar standings. Likewise, Howes, who won this challenge the previous year, took the prize from a new segment added to the rally just this year: the Morocco Challenge. The winner is given the opportunity to race the Rallye Du Maroc in October, which takes competitors through portions of the Dakar Rally’s original route in North Africa. An epic way to end a week-long Battle Royale! 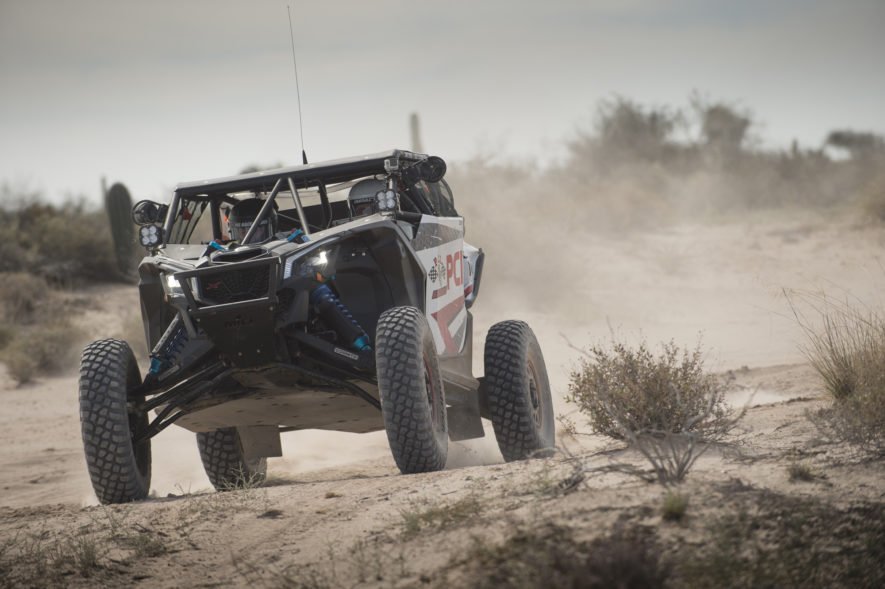 “Personally, it’s one of my favorite events that I’ve ever done. I really enjoy it. It’s awesome to visit Mexico [again] and see new places [here] that I haven’t seen. Great job on the organization, it was fabulous to come down and enjoy it. Everybody who participated in the race…You guys make it!” – Johnny Campbell, Monster Energy Honda Rally Team Manager

It’s an addiction, this rally thing. No matter how much it hurts. How burnt out or loopy they become. Or how much injury it inflicts, the junkies keep coming back more. Whether their fix is speed, dirt, motors, adventure or all of the above, what draws new and old customers alike is the execution. A fine-tuned production, served with a smile, feeding each craving – every relapse – like this might be the last chance you ever get to indulge. And like the hard stuff, rallying is a risk, deadly in fact. And when you’re not careful, it could consume your whole life… If only you were so lucky. 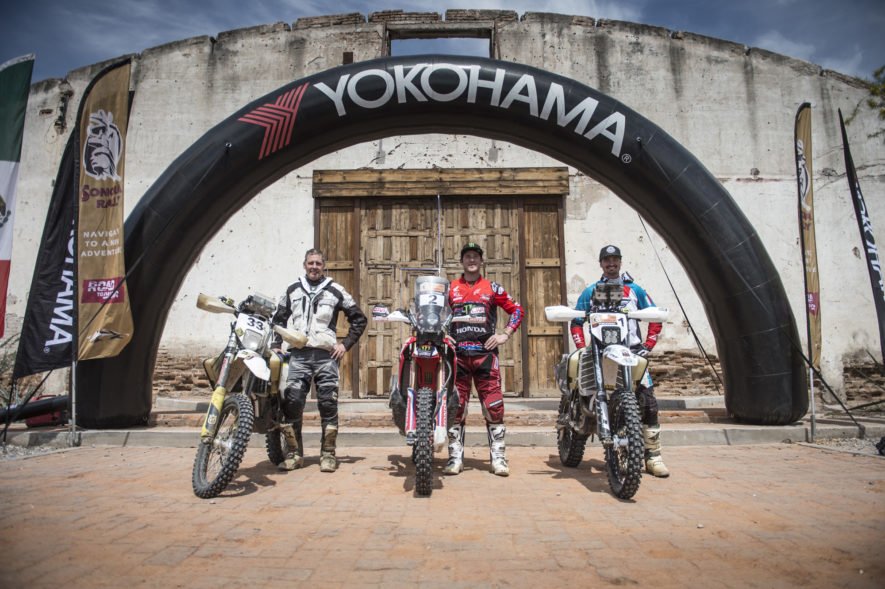 Ø At the 2019 Yokohama Sonora Rally, Presented by Method Race Wheels, ICO Racing in-partnership with F2r unveiled a prototype they, and the FIM and ASO organizations interested, hope will change rally raid for the better. This all digital roadbook intends to demolish the need for “homework” and the now infamous Map Men, by allowing organizers to load pre-marked roadbook files onto the device in the morning at the start of each stage. Sonora Rally was the first of many trials with the equipment, and according to ICO owner, Dave Peckham, it went off without a hitch.

Ø Top Ten Results as of SS5

Ø Morocco Challenge results as of SS5

Ø Road to Dakar Challenge results as of SS5

And another HUGE THANK YOU to our volunteers – who quite literally made this rally possible. If not for the them, this rally wouldn’t exist. The medics who ensure the safety of every person with or observing the rally, the media and production who give a face and personality to the rally for those who watch from afar, those of you who tirelessly worked on timing and scoring, the teams helping set up/take down the bivouacs and start/finish, opening gates, delivering snacks and water, just being whatever was asked of you. The incredible partners, friends, family supporting the event with a lot or what little you can – on-sight or off in whatever way possible. And to ALL of the FANS who have followed along online or joined us in-person over the years… THANK YOU!