Under a packed crowd, the 2019 Metalcloak Stampede was another one for the books. The Ultra4 Lasernut Western series kicked off at Prairie City SVRA in Rancho Cordova, CA with one of the most spectator friendly short course tracks in the series. With the chance of rain on everyone’s mind coming into the race week, teams where preparing for wet conditions. Fridays practice and qualifying rounds started off the weekend of events. 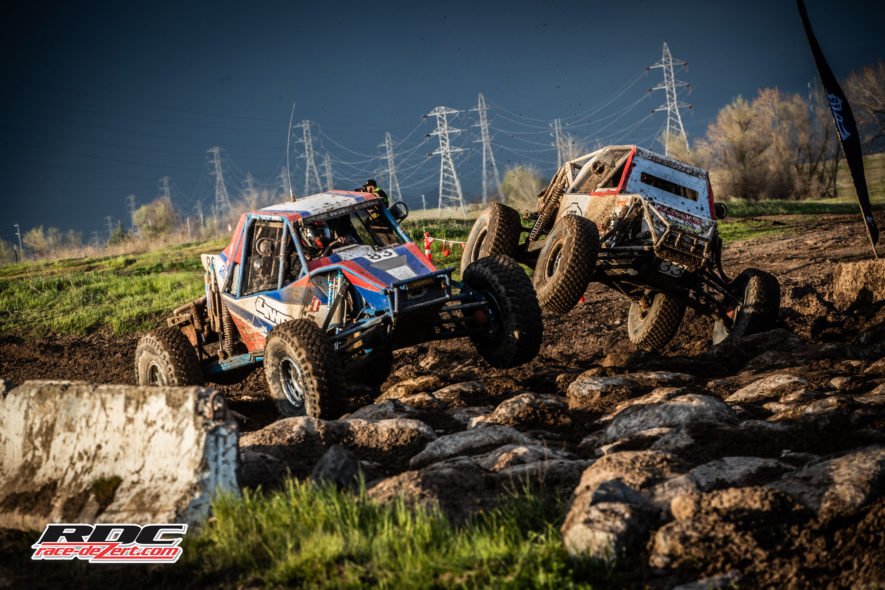 Loren Healy was setting a great pace in his qualifying run until halfway through sending his car to the limits, launching off a rock hill and tumbling in the air. With substantial damage to his 4400 car, it was a toss up if he would be able to get the repairs done in time for race day. But he still had another chance since he was racing in the UTV class as well. The Gomez brothers set the fast laps of the day with Raul Gomez sitting on pole position, JP Gomez 2nd, and Marcos Gomez 6th. 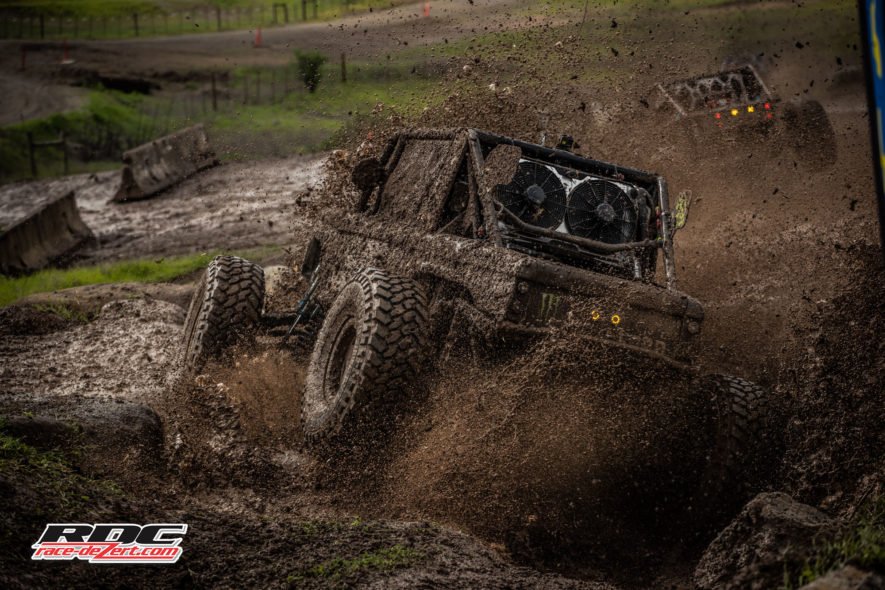 With heavy overnight rain, racers woke up to the track being a sloppy mess. With deep standing water in some portions of the track it was decided to cancel the prelim races for the limited classes in the morning. So the first cars out on the track would be the 4400 class in the afternoon.

After piecing his car back together from his wreck in qualifying, Loren Healy started Heat 1 in the back of the pack, charging through the mud he was able to land himself in a 4th place spot behind teammate Vaughn Gittin Jr. to transfer them both to the main event. Last years race winner, Wayland Campbell lost a belt and had to pull off half way through the race sending him to the B Main race.

It was already apparent that the track was causing many drivers to get flat tires. In heat 2, Cody Addington was running hard out front with JP Gomez and Shannon Campbell right behind him. All three of them ended up with tires going low, with Cody loosing his passenger rear tire completely he lost positions and the race ended with JP Gomez in front, Shannon Campbell in 2nd, and Bryan Crofts in 3rd. 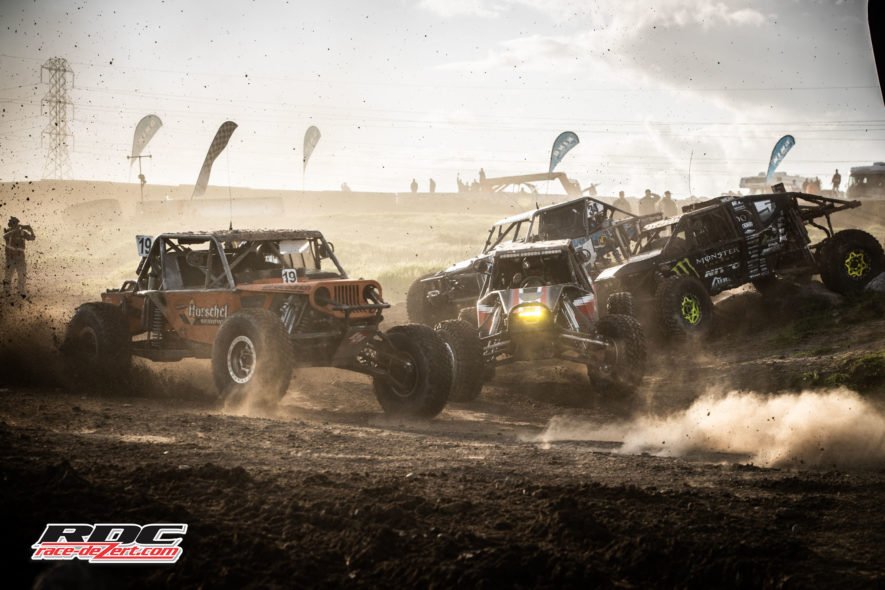 The B Main event consisted of the drivers that did not finish in the top 7 in their heats. The top 3 of this race would transfer to the main event. Marcos Gomez, Ian Keontges and Don Fisher are able to make it through. Wayland Campbell once again had to fight car issues and couldn’t finish the race sending him to the back of the pack for the 3 lap LCQ.

With the great weather throughout the afternoon, the track was at its best when Raul and JP Gomez where lined up side by side to lead the 25 car field to the green flag in front of a packed crowd for the 4400 main event. After the first rock sections, Paul Horschell quickly found his way to the front followed by Raul Gomez, Shannon Campbell, and Loren Healy. By lap 4, Loren had crept up to the front spot and wasn’t looking back. Loren and Paul Horschell pulled away from the rest of the field as they worked there way through lapped traffic all the way to the checkered flag. 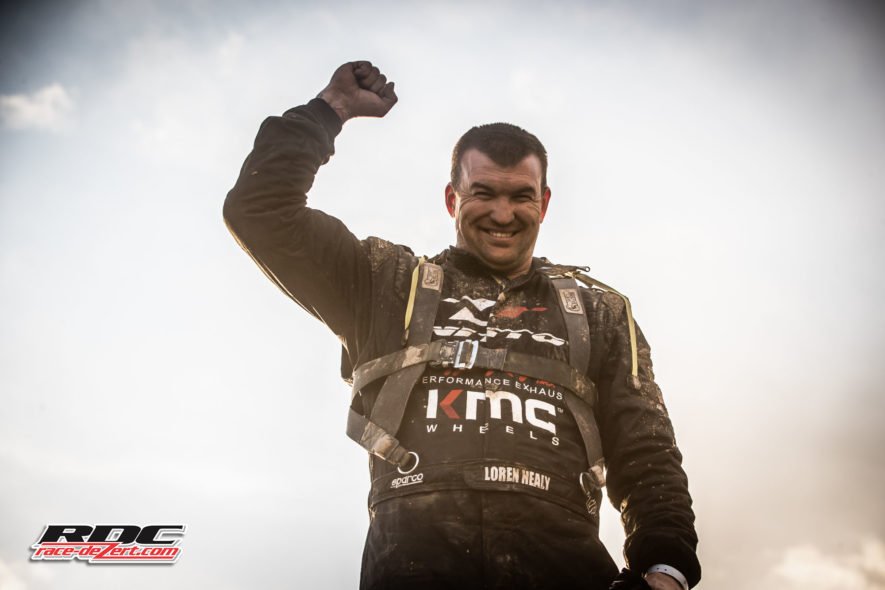 After piecing together a very damaged car from qualifying, Loren Healy was able to keep it together and put on an unbelievable finish. After winning the UTV race earlier in the day, Loren was able to be back on top of the box for the second time at the same event. 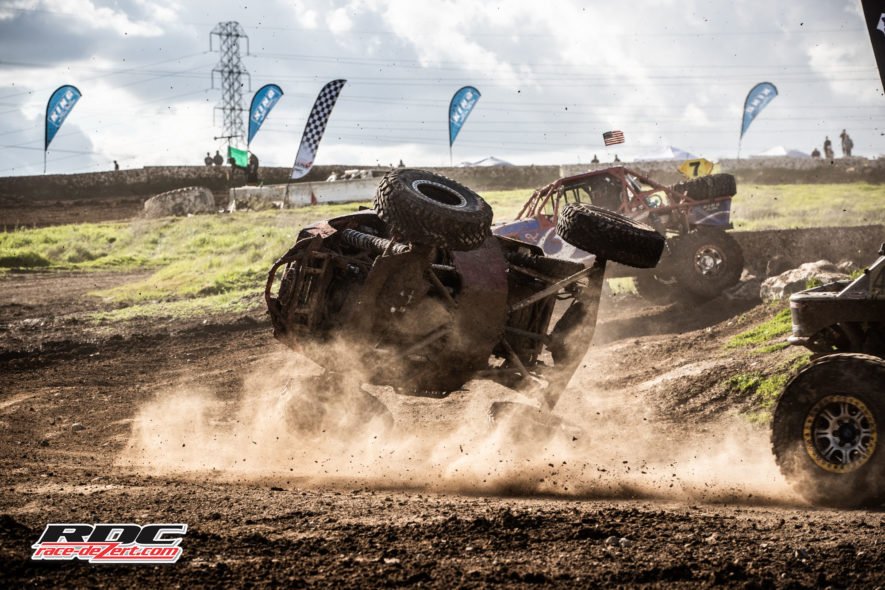