A gale whipped across the top of an adjacent dune, lifting a wide, white cloud of sand from its spine. I tipped the brim of my ballcap down in a futile attempt to keep the particulates from entering my eyes. With my back to the wind, I waited patiently for the next engine noise – a sign a racer was on the horizon. The movement of air, however, was so loud that the sounds of 450cc dirt bikes and turbo charged UTVs were nearly indecipherable from its howling. On one side of the sand dunes was the Sea of Cortez, the other a mess of cacti and camel grass which stretched eastward towards shadowy peaks. This was the third Special Stage of the 2020 Yokohama Sonora Rally. And the first time the racers would set their eyes on the sea this week. But before that could happen, they had to navigate their way through mountains of sand, following a cap heading which lead them due west, then turn abruptly and follow the coastline north, through more sand. 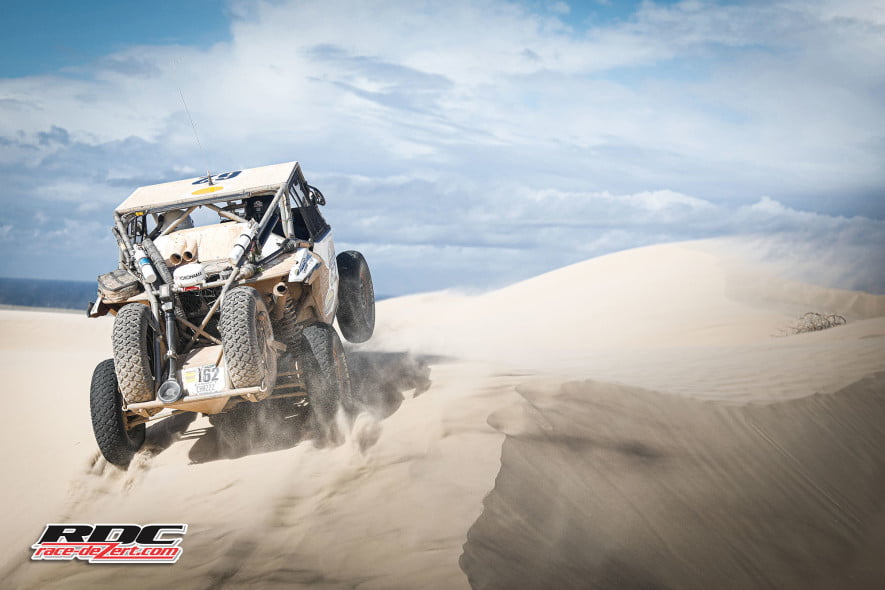 For the unfamiliar, cross-country rally racing is nothing more than navigating your way through deserts, dunes, mountains and other hazardous terrain using only hieroglyphics and French shorthand notations to warn of upcoming dangers and tell you where to go. Seems easy, right? But a rider’s ability to read their roadbook while operating a motorcycle or UTV is no small task. Add fatigue from multiple days of competition – coupled with any mistakes or mishaps which have likely happened along the way – and by the third Special Stage most, participants are eagerly awaiting the checkered flag. 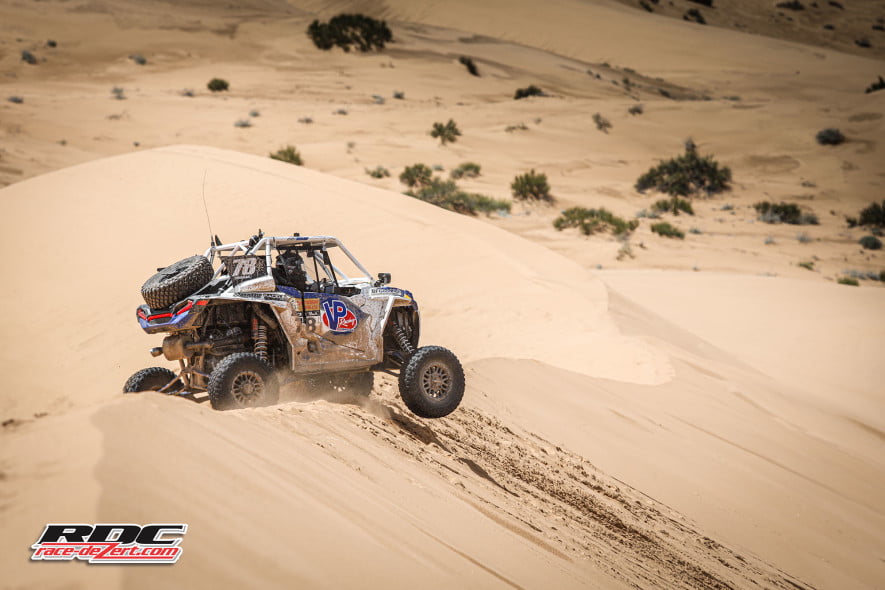 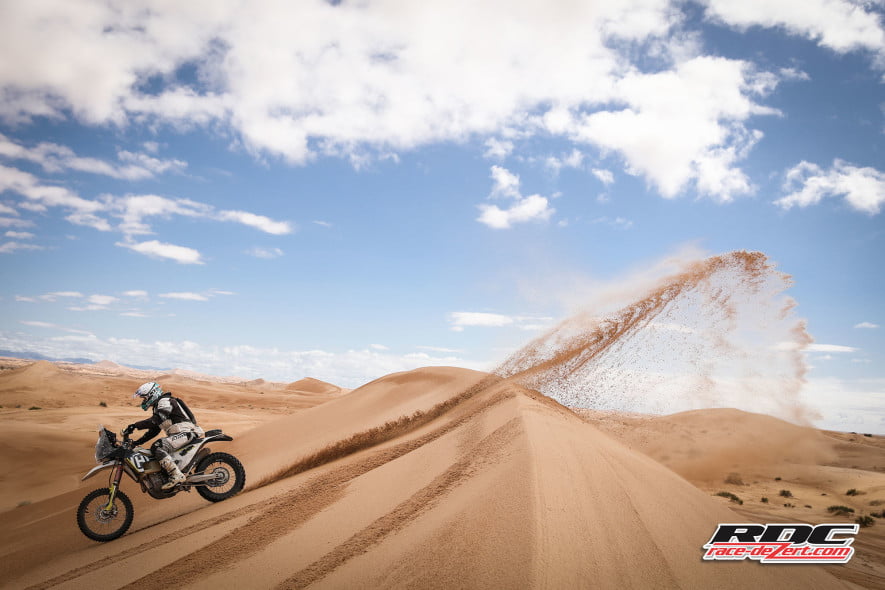 I made my way closer to the sea, climbing and descending the dunes and fighting an onshore wind that was on a mission to send my ballcap sailing. In theory, the racers would be coming straight for me, following an hors-piste, or “off-track” note, in their roadbooks. But each pilot could cut their own line, especially the first few, who would have no previously laid tracks to pursue. And today, following a win on the second Special Stage, that first racer was none other than 2020 Dakar Rally winner, Ricky Brabec. 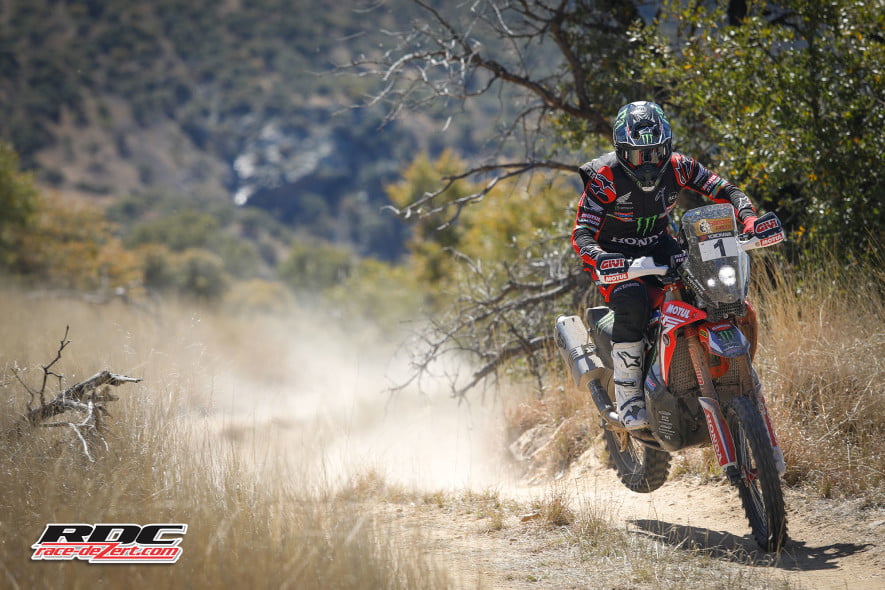 The racer that opens the stage is often at a disadvantage. Having to navigate the terrain and read their roadbook without a trail set out ahead of them by other racers can cause confusion, to say the least. But that’s the sport, and more often than not, chasing tire marks can often mean you make the same mistake another rider may have made. For those first few racers, the decision to follow a path through the dunes can be the difference between keeping up and running the risk of making your own mistakes, in addition to those made by the guy or gal in front of you. So, when Ricky Brabec draws a Sharpie line through the dunes, you’d expect the next few riders to follow it – almost to a fault. But the guy that who started the stage behind Brabec today was Skyler Howes, a privateer racer from St. George, UT who managed a Top Ten finish at this year’s Dakar Rally.

Ricky did what I hoped he would do, following the HP note directly across the dunes to the waypoint I was standing on. After a loud chirp from his Rally-Comp computer notifying him he’d successfully collected the waypoint, Brabec made a sweeping turn in the sand and disappeared into the distance. Skyler was the next rider off the line, and I anticipated he would do something similar, following the tire track which stretched out across the sand. But the night before, Skyler had mentioned something to me that I stuck in my mind. Instead of riding directly to your waypoint, look at the note ahead and decide if you can clip the edge of the circumference then continue onto the one succeeding it without any abrupt stops or starts. What’s that mean? Essentially, each waypoint has circle that surrounds it in which a racer can ‘collect’ said checkpoint and move onto the next one. Like a pretty lenient game of Connect the Dots. In many cases the radius of the WPM – what’s known as a ‘Waypoint Masked,’ or hidden waypoint – is only 50-meters. That leaves a little bit of room for grace, and also allows a savvy rider to collect the waypoint along the outermost edge of that circle, shaving off precious meters and seconds which might make the difference between finishing first or second in a stage. With this in mind, I had no idea what Skyler was going to do, so I stood my ground. A minute later the sound of Husqvarna echoed in the distance, followed by a dust trail coming out of the mountains and heading straight for the rolling sand I was standing in. 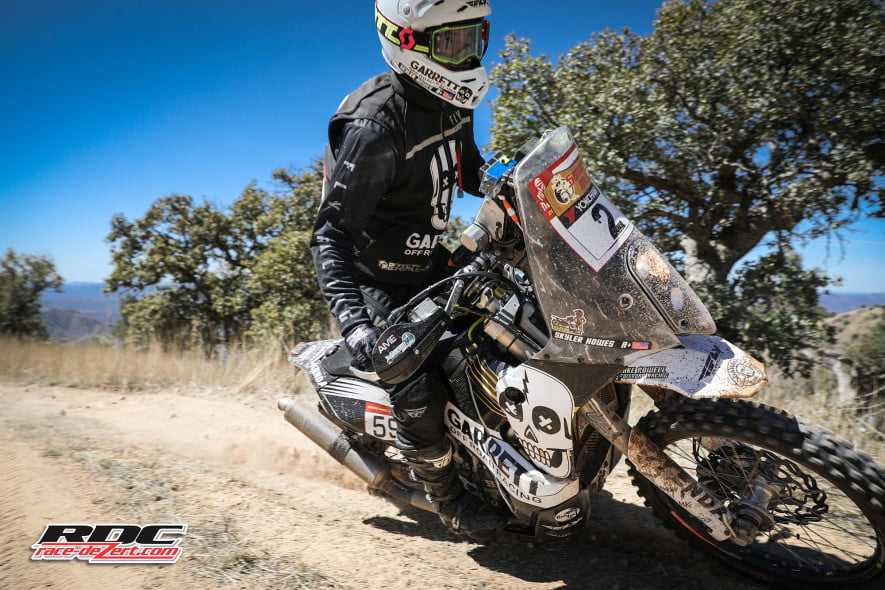 Skyler followed his cap heading toward the waypoint. But unlike his rival, he cut the corner short and collected the coveted Rally-Comp chirp mid-turn, pointing the front tire of this Husky north, and like Brabec before him, disappeared into the distance. The remainder of the field followed the tracks laid out before them through the dunes, but many became confused as the wind scrubbed the sand clean of any evidence. Following an HP or ‘hors-piste’ note in a roadbook is what separates cross-country rally from tradition point-and-shoot desert racing. The decisions riders and racers have to make while maintaining speed and negotiating obstacles differentiates the fast and flashy from the shrewd and steady. Trying to predict what the first few riders will do? It’s a lot like hunting big game animals, I would guess. They might come to the watering hole for a refreshment, or they might dip their toes and head off over the horizon.