Back to Baja for the first race of the CODE Off Road championship series, the 2021 Kendall Motrix Laguna Salada Grand Prix Just 20 miles southwest of Mexicali along Hwy 2.  This unique desert race incorporates a very diverse array of terrain ranging from rocky hilltops to sandy washes. Along with a challenging course, a land rush start and a joker lap are implemented to keep the racing exiting. 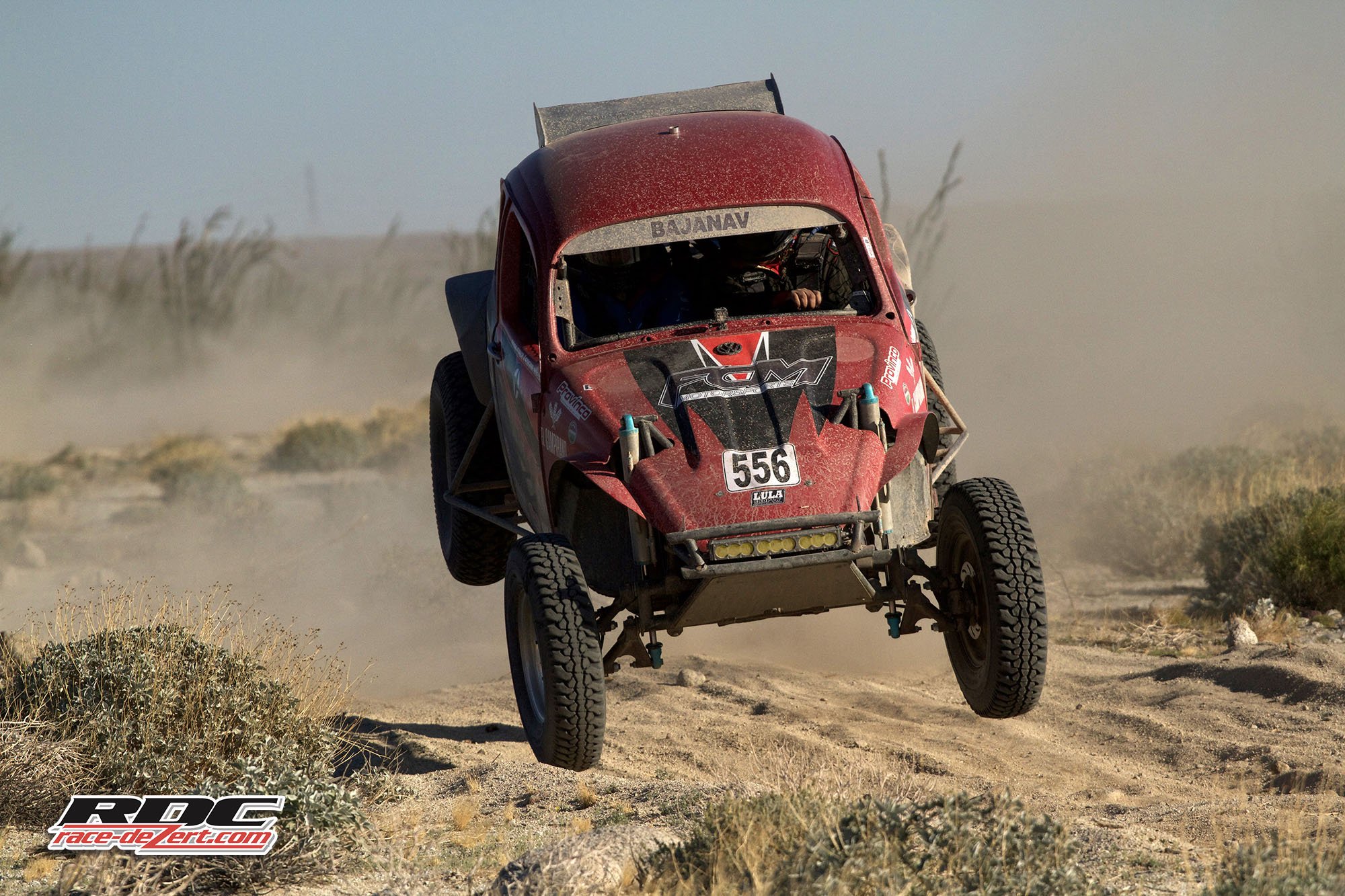 The first heat started with a blast of wind and a beautiful sunrise on the lakebed. With strong gusts of wind, the course was set for some fast lap times and competitive battles. It was the 555 of Gallinazos Racing that came out on top of the 5/1600 class in heat 1 with a time of 1:25:34. But it was the 556 car of FCM Motorsports that took the overall win with a time of 2:53:51. 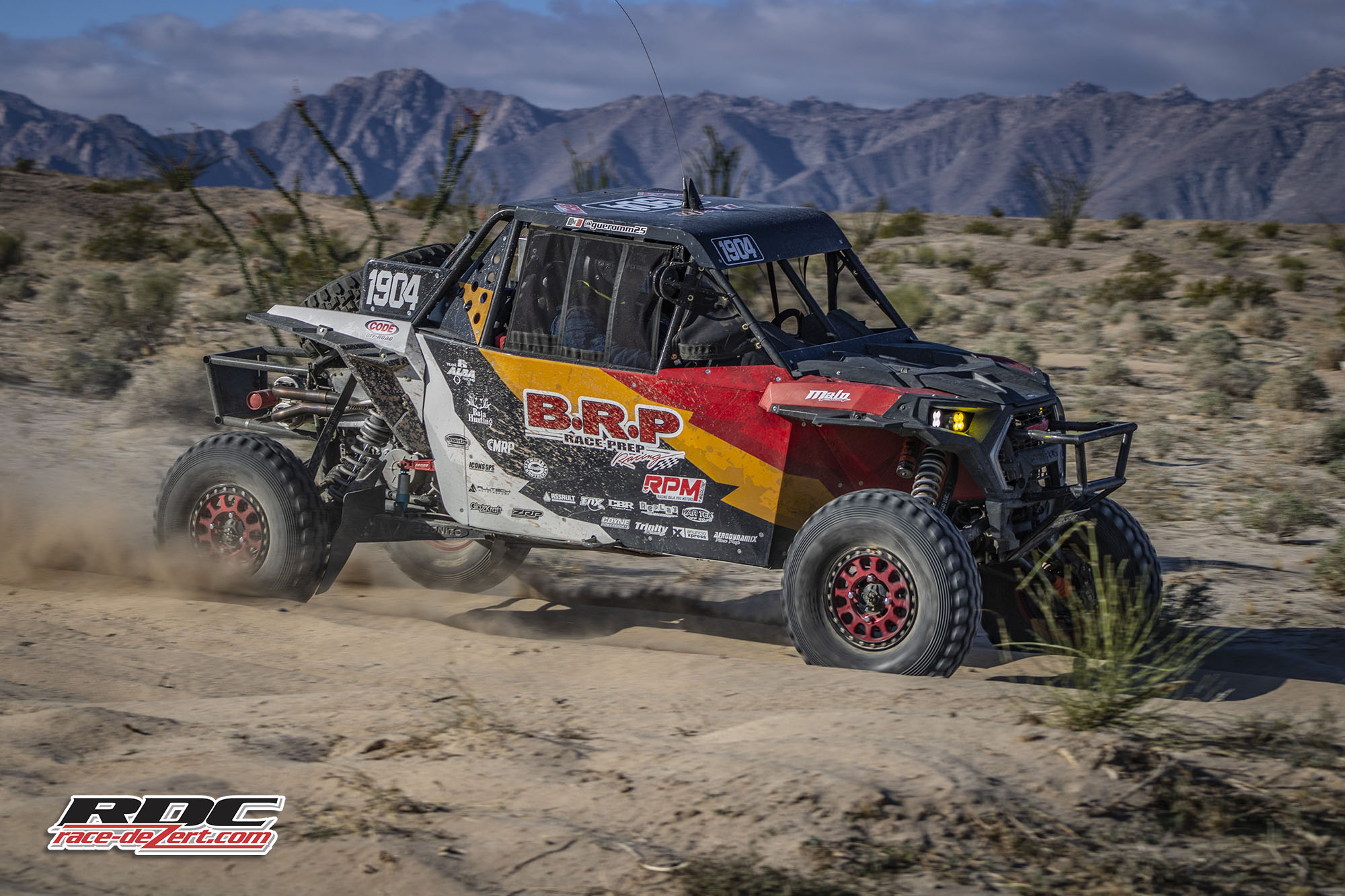 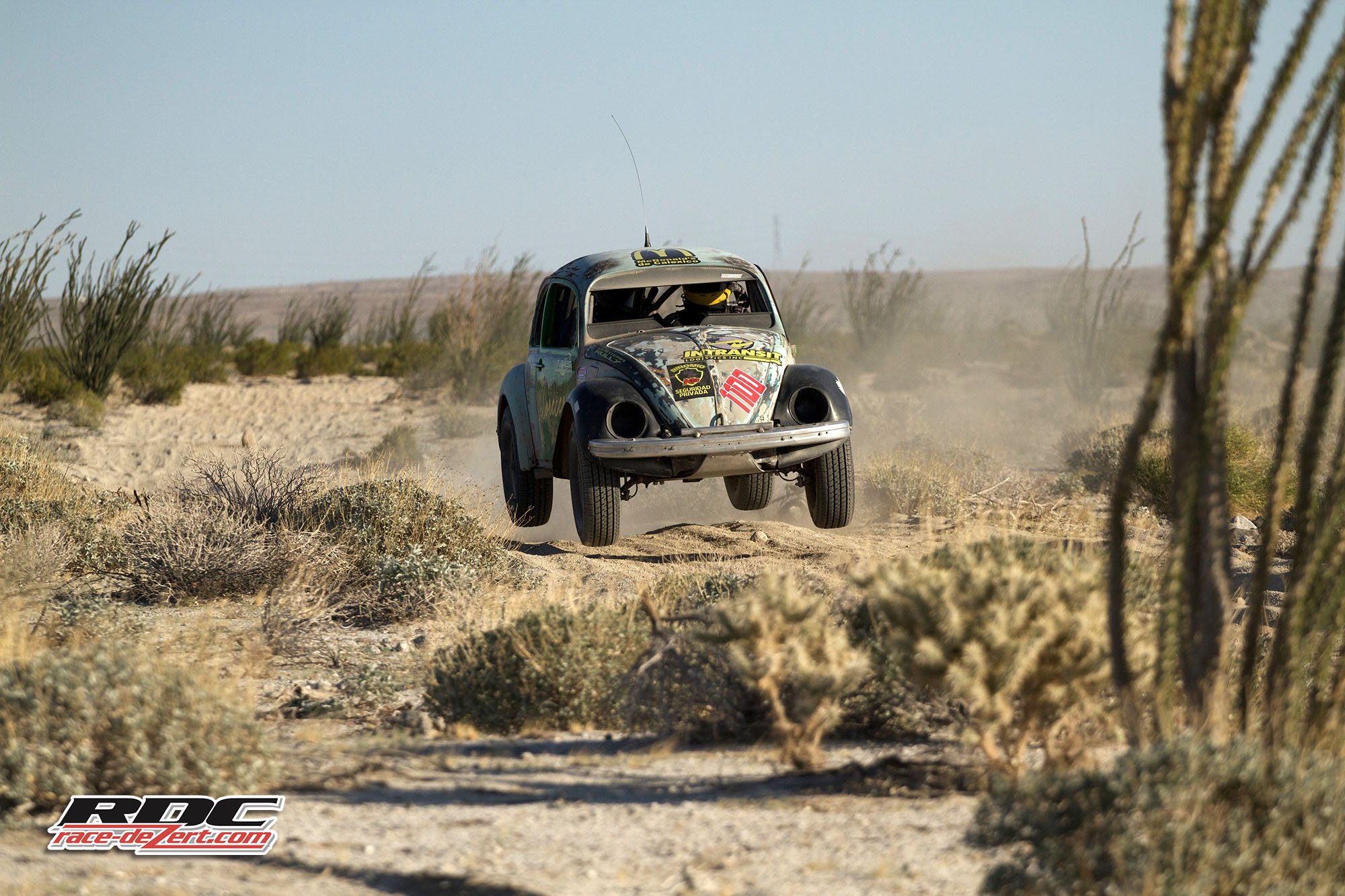 Heat 2 was lined up and ready. With slower class cars still on course, it was going to be tricky for the unlimited cars to get around fast and safely. 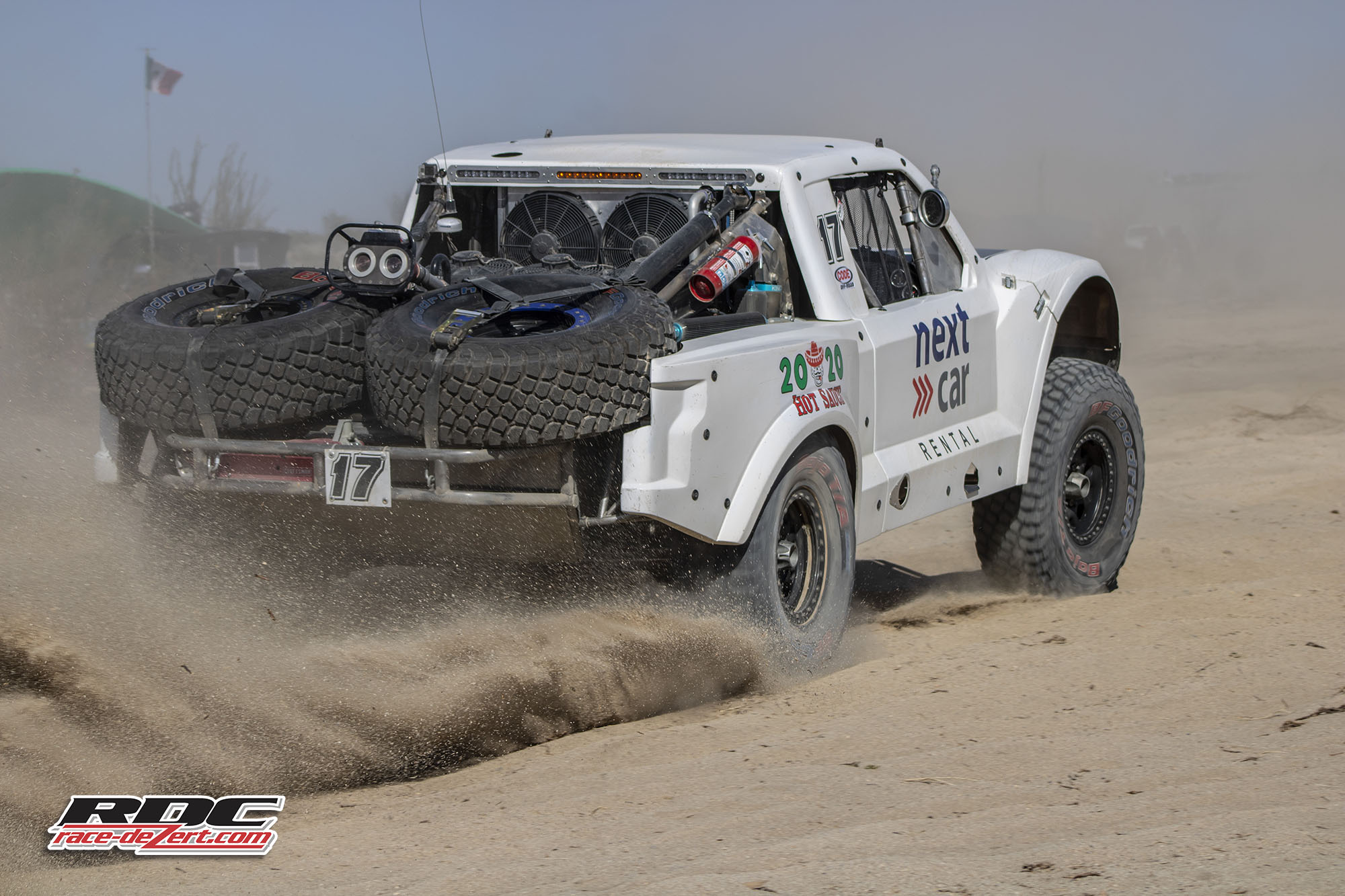 The Next Car Rental number 17 truck pushed hard and took the win in both heats setting a blistering time of 2:14:46. 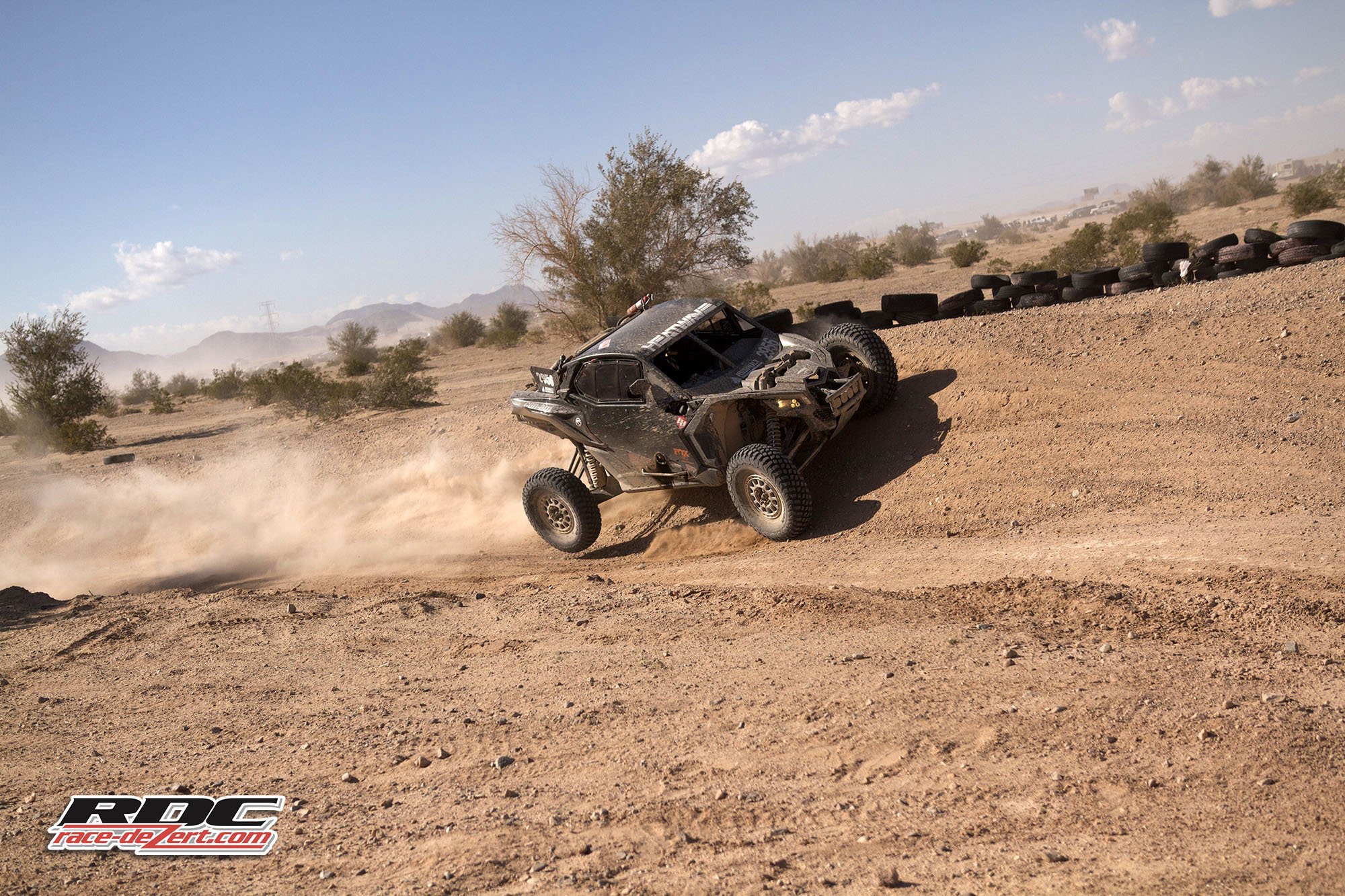 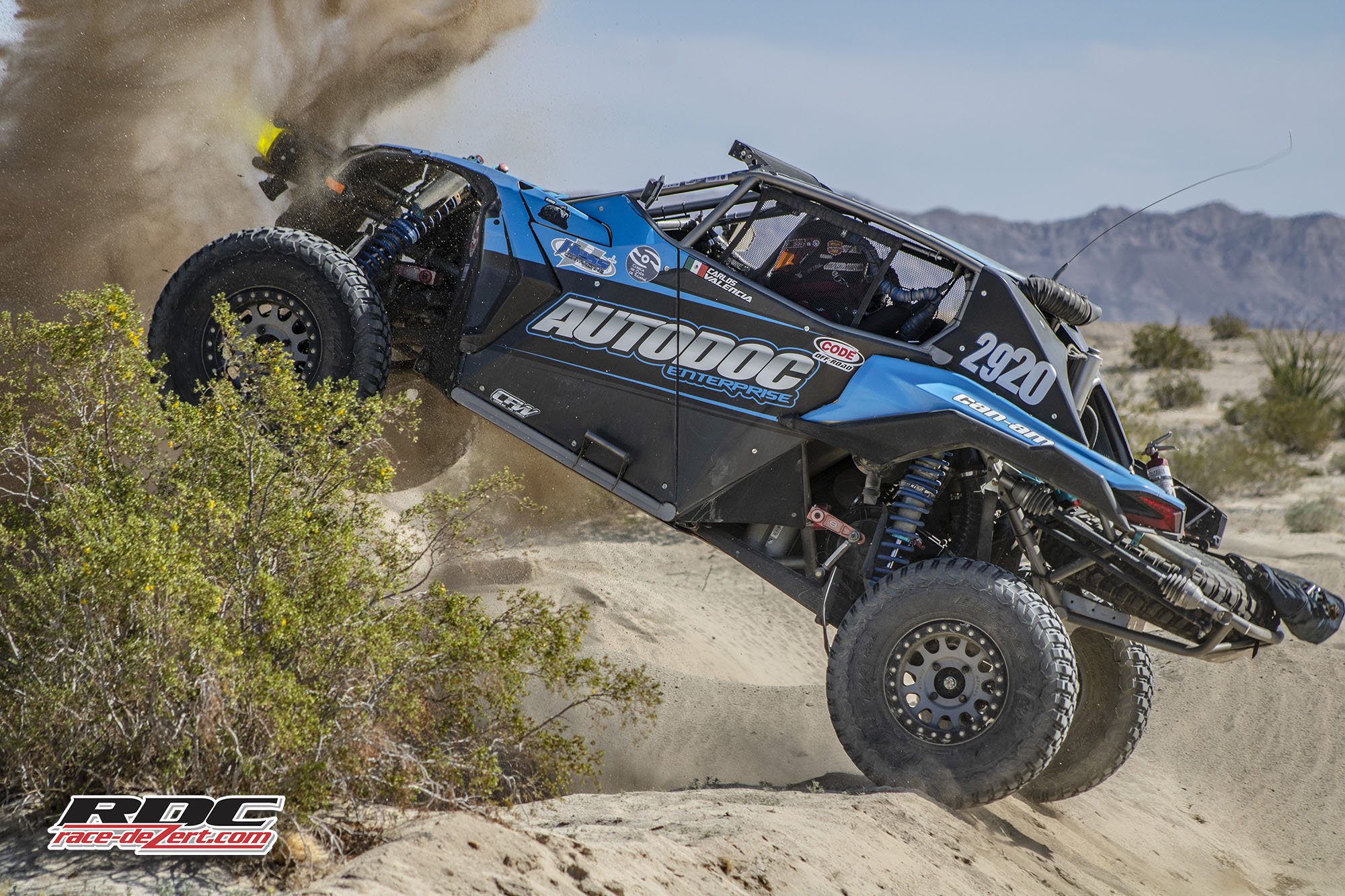 With the big trucks and buggy’s out of the way, class 1/2 1600 cars were ready to take on the course. With almost 40 cars in class it was shaping up to be one of the best races of the day. 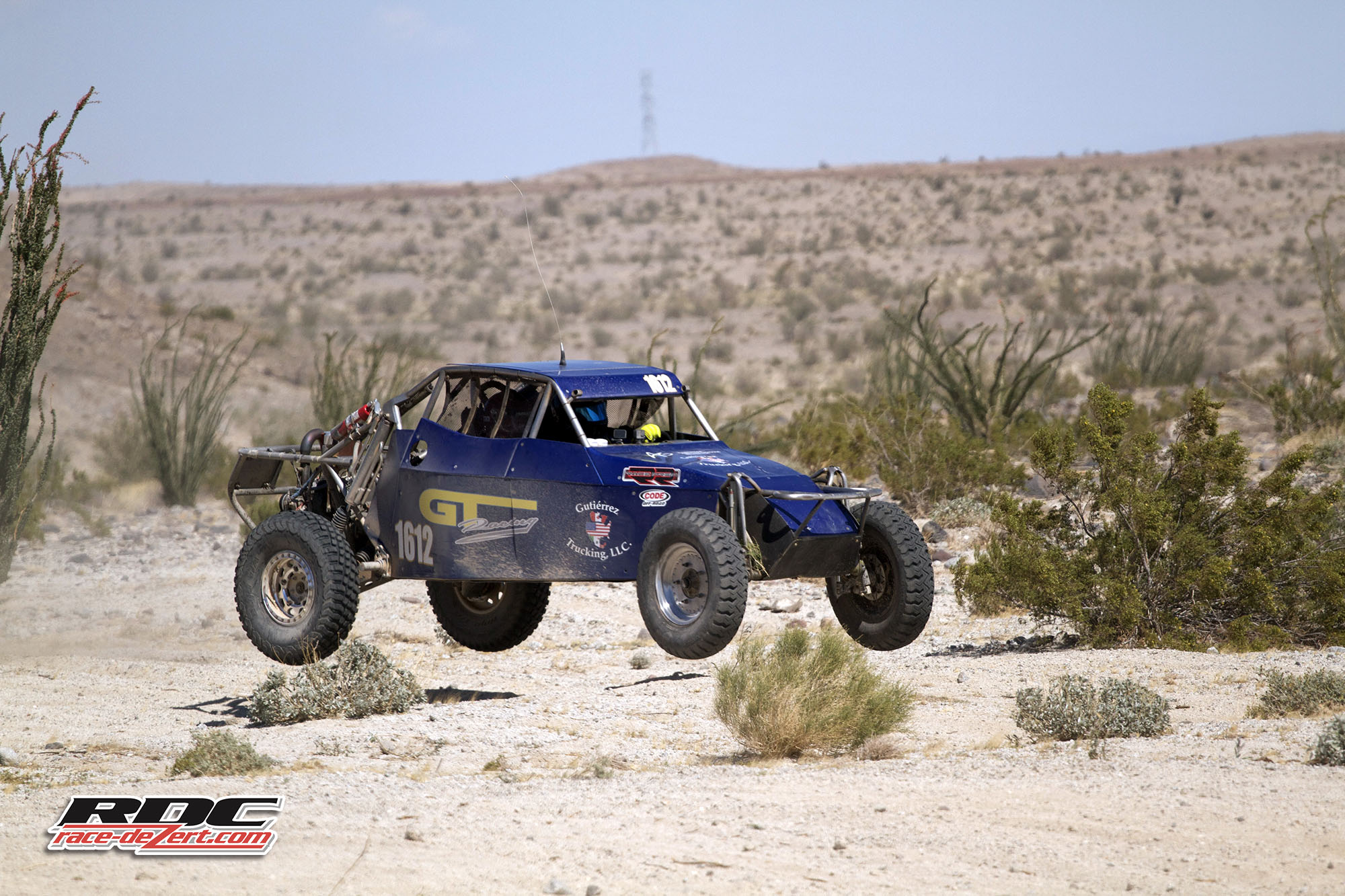 The GT Racing 1612 driven by Abraham Gutierrez was the fastest on the day laying down fastest laps in both heats and ended up winning by over 10 minutes with a time of 2:22:35.

This course proved to be a brutal one causing many cars to DNF and many others stranded in the desert trying to fix their vehicle. A very good example of the phrase “Never Give Up” was shown by team Gonzales Racing in car 519 Coming across the finish line on just 3 wheels.

Moving on to Sunday morning, the motos and quads also raced two heats and ran 3 laps for each heat with one of them being the shorter joker lap. 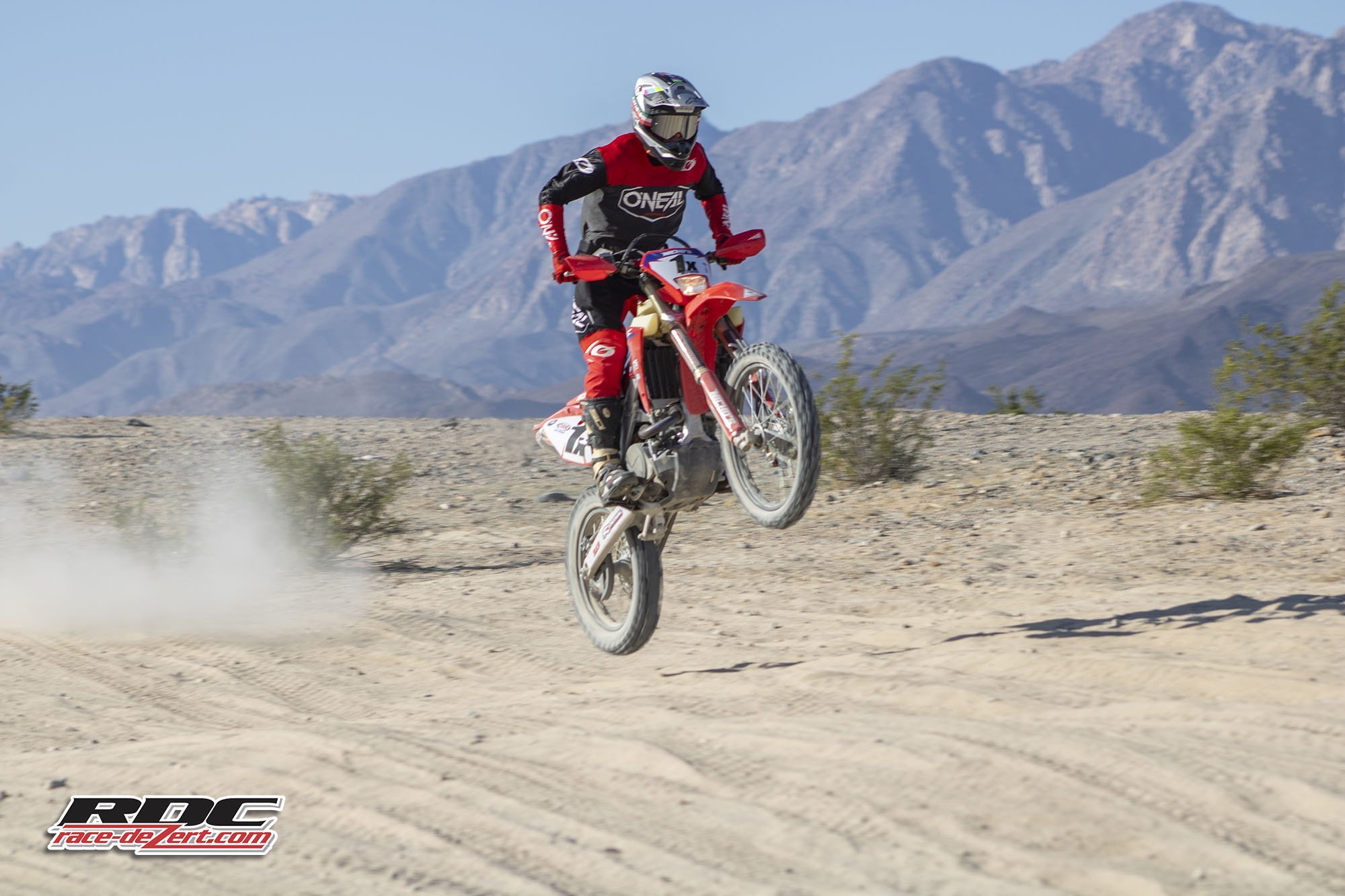 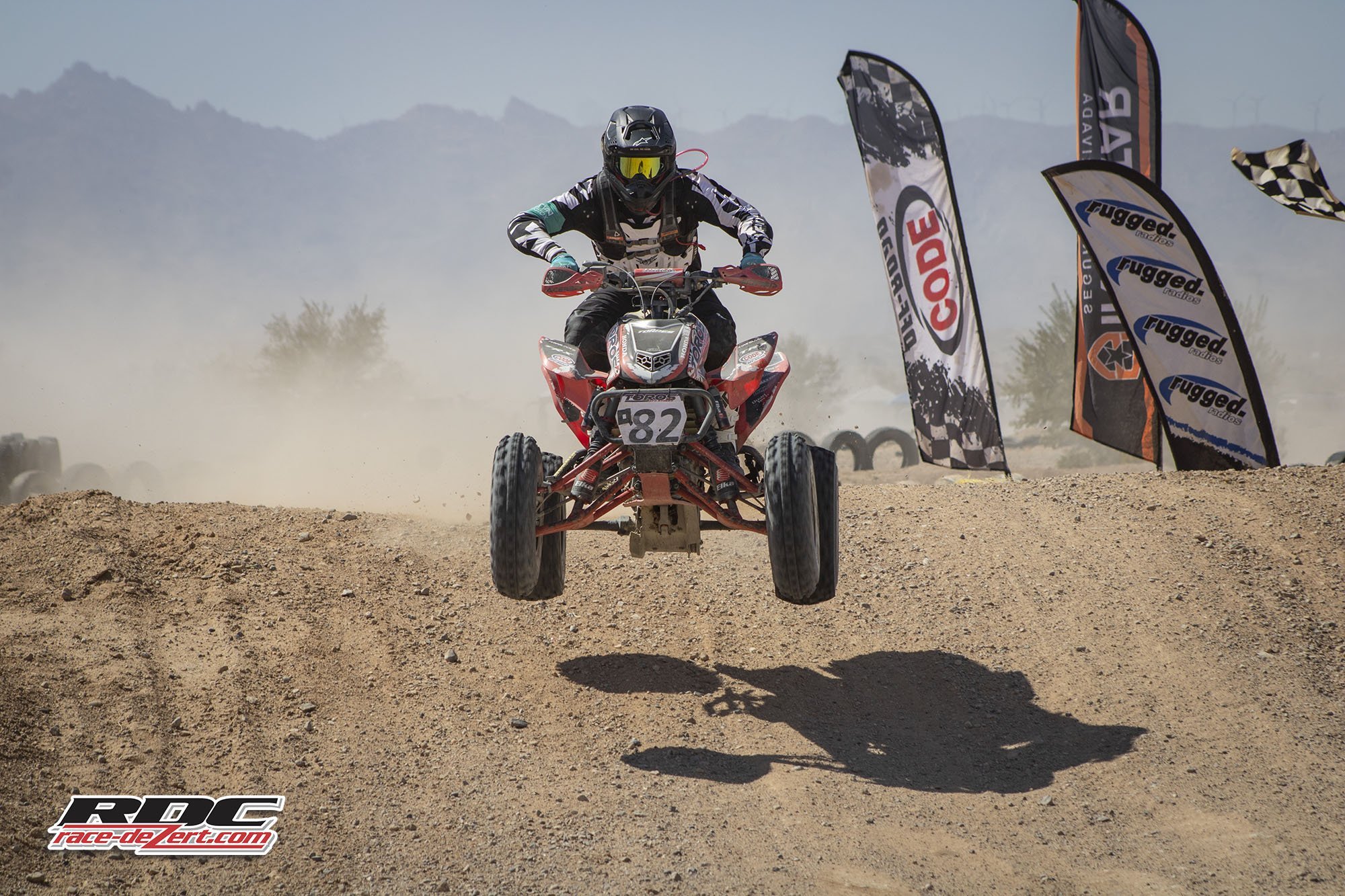 It was a great showing of racers with over 220 entry’s and hundreds of spectators out in support of their favorite drivers. The next race up on the CODE Off Road schedule will be the Racing for Boobs race on April 9-10. 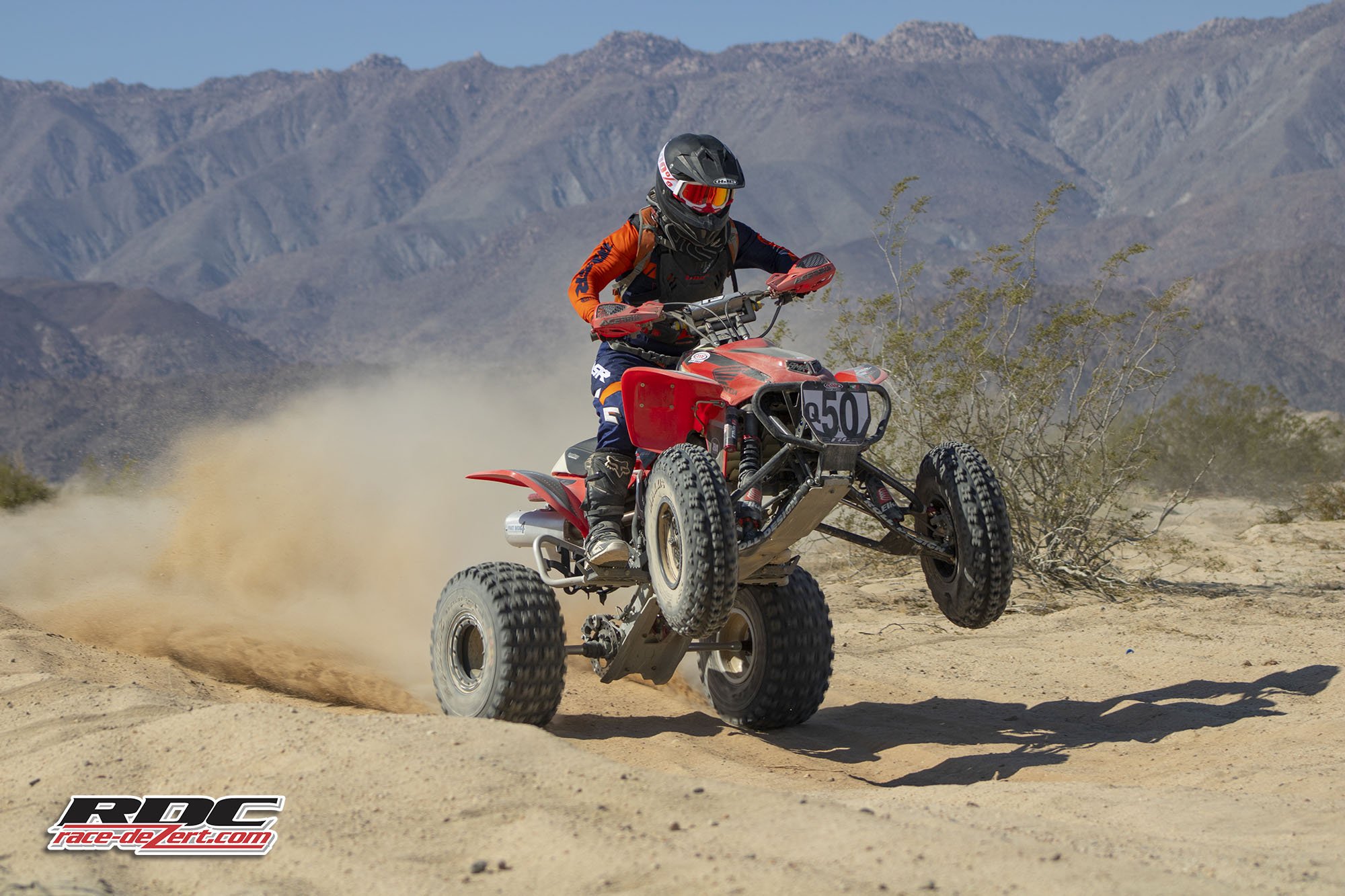