The penultimate stage of the Kalahari Rally was a true hero’s quest. A test of mind, body and heart. Navigation has not been easy the entire competition, and today was no exception. Buzzing the border of Botswana were many fast straight (ish) pathways – swiftly enough to become a little too comfortable. Before they knew it, a slight right turned pilots away from the fence line and thrust them into a little bowl of spaghetti. Adding spice to this hearty meal, SS5 consisted of rolling hills, some lobbed off at the top, knee-deep golden grass, a few sparse trees and hard-packed dirt with a generous dusting of sand. A few hidden baby-head rocks and camouflaged mounds of sand added a healthy serving of ass puckering surprises, putting (at least) bikes and low-hung buggies through a more rigorous physical test. Yet, the rough terrain made these Kalahari gladiators stronger, more resilient for the remaining journey. Over 800 Kilometers – 210km special, 646km liaison – of track from the Rietfontein bivouac near Namibia to the final bivy in Mafikeng set the stage for a demanding trial. Anything can happen in such a distance, with so many parts unknown threatening to end a team’s race, whether it’s in a service truck or on a stretcher, fate plays no favorites. 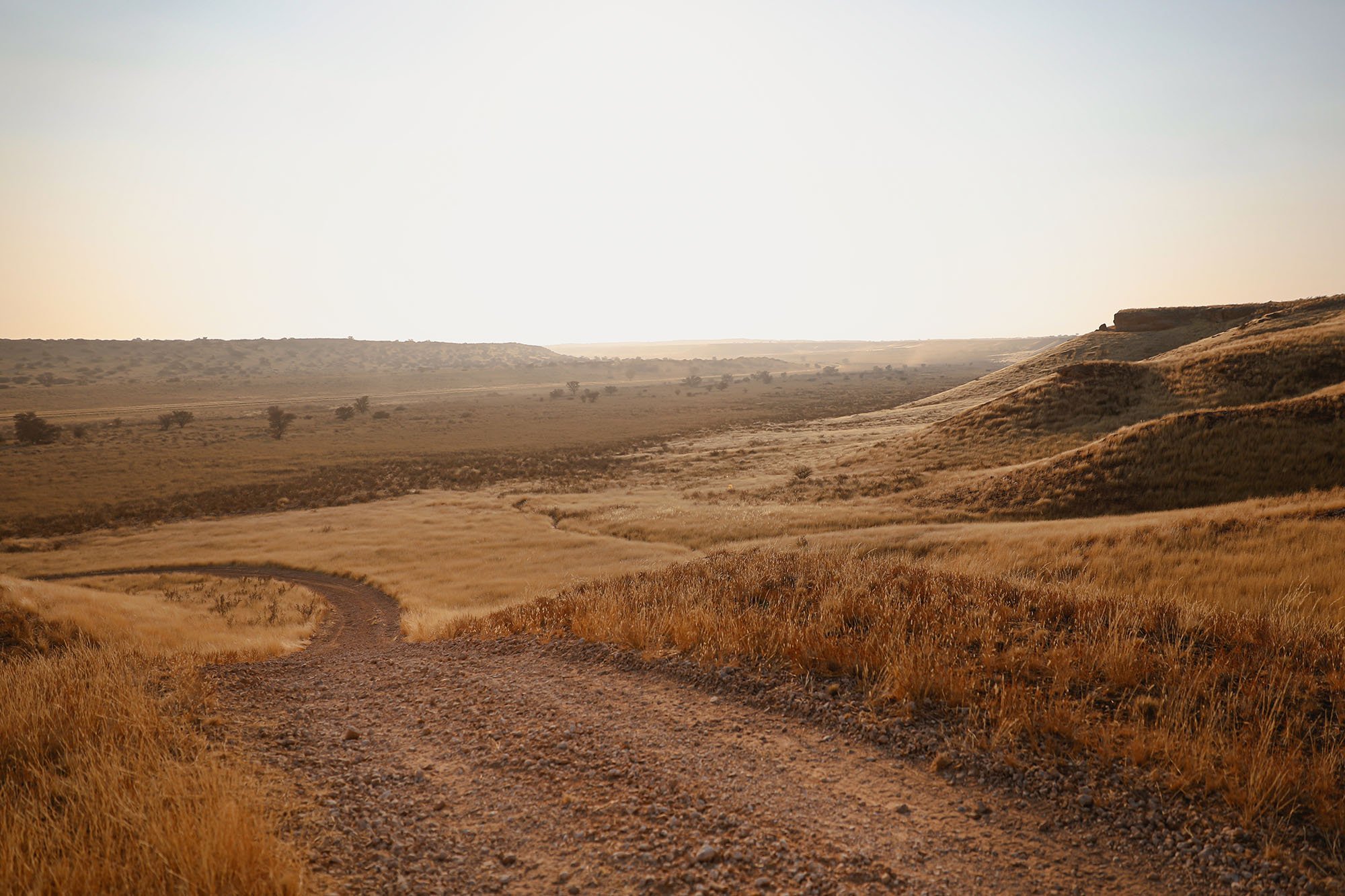 Tragically, rider #23, Victor Van Graan found out the hard way, suffering quite a big off-bike incident, which resulted in him being moved by medivac to a private hospital. Fortunately, he’s stable and, better yet, in good hands, but this is just the ticket sending him home a day too soon. Van Graan’s comrade in Motos, Jurie Botha #11, was also unable to finish out the special, dropping him further down the ladder. But he’s sure he’ll have his Yamaha WR450 back in working order by the finale, although he’ll carry with him a pretty significant penalty. ‘Tis rally. KTM South Africa’s star, Charan Moore #73, has been a steady figure on the podium, sharing it with few others – John Kelly #2 being one of the other regulars. Moore put in a valiant effort indeed – always exciting to watch him slide into view or pop up the front end – but talent alone wasn’t sufficient to win him the stage today. In fact, mechanical troubles set him (way) back to the 15th position after conceding to a penalty for not finishing. With the second seat left unoccupied (and so, so tempting) Hentie Hannekom [#16] positioned himself in the chair while it was still warm. Gary Van Den Berg [#874], Gary Pretorius [#8] and Ruan Burger [#77] battled a bit on the course, which deposited them at the front of the group, Van Den Berg nabbing Third. To balance out the probabilities, the organizers started the riders in opposite ranking order. Giving the boys at the back a fighting chance to stay in contention. But inevitably, the elite of the group caught up and took their place in the front. 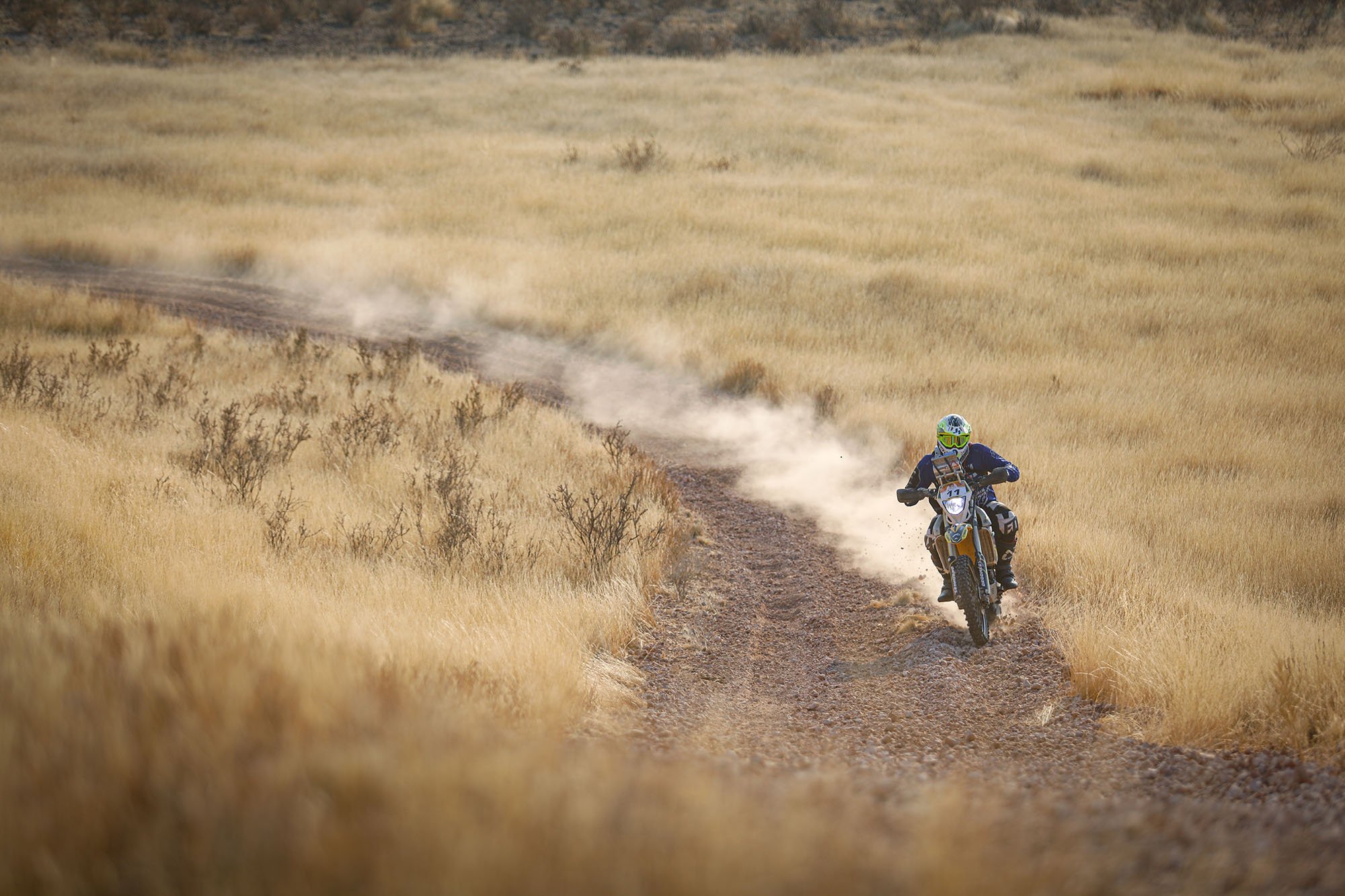 “I had a good start today, some decent pace and was navigating well, but after the fuel stop at 123km into the special stage, my bike lost all power. Checked and cleaned everything I could, but I suspect a blocked injector. Unfortunately, I had to call in the recovery team… I’ll take a time penalty and finish strong tomorrow – if we get the bike fixed tonight. It’s not about how hard you get knocked down, but how many times you get back up!” – Jurie Botha #11, DROOMERS YAMAHA, 450 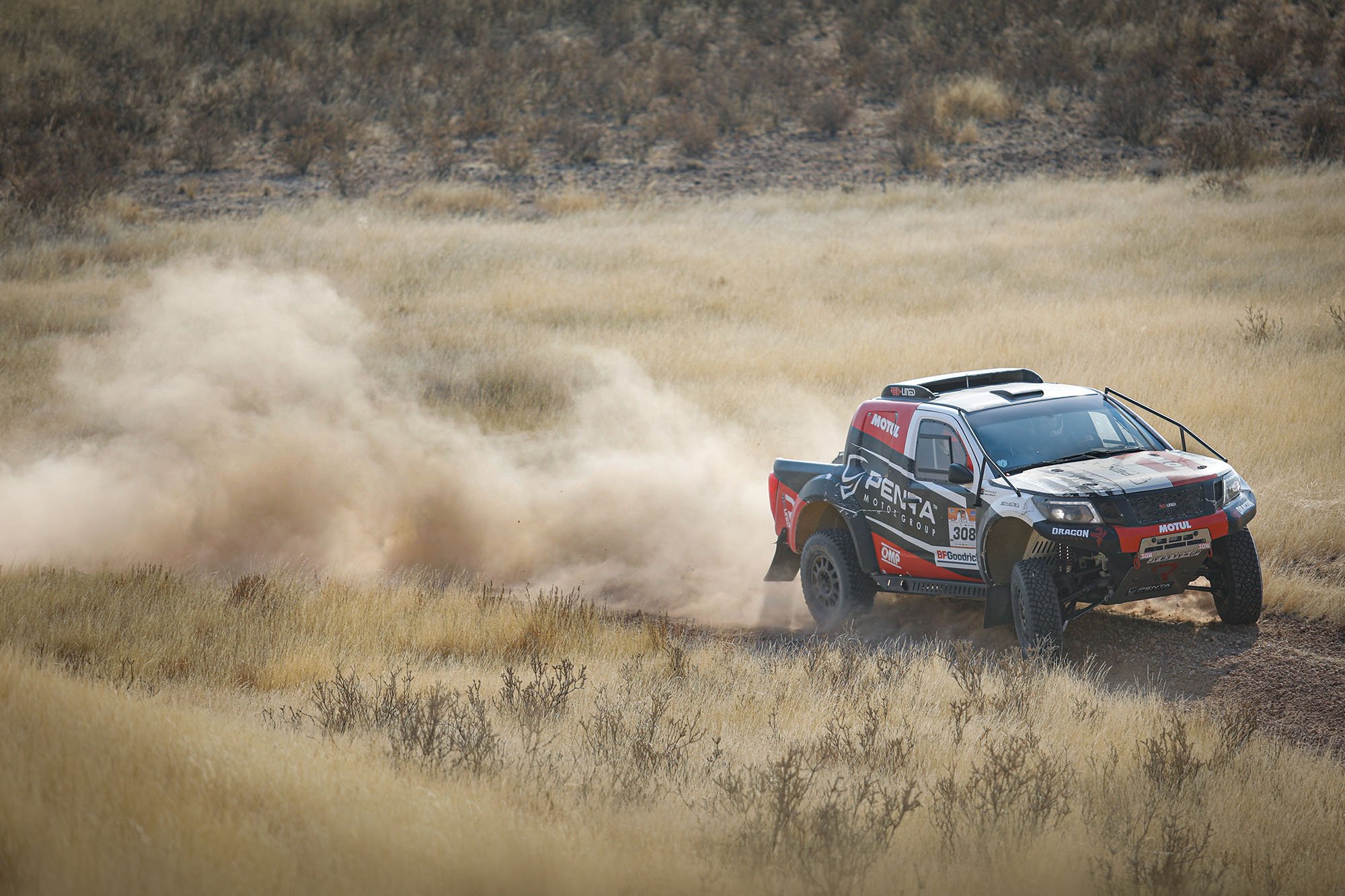 Lady Luck, however, showed favor for UTV #202, operated by Theo Erasmus and guided by Johan Bekker, who found themselves in control of the board once more by stage finish. However, this ultimately didn’t secure the overall standings. And possibly it’s an outcome that’s already settled. Except, this is a chivalric tale, which means the protagonists are here with the intention of finding their limits. Of earning success with a steady hand and an iron chest. In rally raid, no one is given their victories merely because it seems the most plausible conclusion. A thinner lineup of contenders notwithstanding, the Autos put on their best show in SS5. No shock of course – these pros probably would have performed with as much feeling and drive for an audience of one as a hundred thousand. If the objective is to test, train and maybe take home some trophies, then there’s no time for touching the brakes. Eben Basson, accompanied by Gerhard Schutte, in the Red-Lined Motorsports #304 vehicle seemed Master & Commander of Stage Five, driving and navigating with surgeon-like precision, even under pressure from Terence Marsh and Riaan Greyling in #308. Because you know they gave them hell. Teammates Philip Botha and Roelof Janse Van Vuren likewise put in their best effort, but theirs was an on-course production eclipsed in SS5 by the former two T1’s.

The King of Kalahari hasn’t been crowned just yet. John Kelly on his KTM, Geoff Minnitt and Siegfried Rousseau in their Can Am Maverick X3 and Terence Marsh and Riann Greyling in their VK56 might be dominating the General Standings now, the gap they’ve secured isn’t impregnable. So, it would be unwise for anyone to become comfortable, let alone complacent, before tomorrow’s pièce de résistance. SS6 will surely be that last, giant mountain to summit before taking home their prize. But by tomorrow evening, David will surely slay Goliath, and each and every athlete on the rugby field will inevitably complete this rallying odyssey, to some degree. And, if they’ve overcome each challenge, broken down all mental barriers, passed all the physical tests… Then, no matter where they land in the pecking order, and no matter whichever trophy they are awarded, all will go home on Saturday champions of their own epoch.

Ø A fun, scenic stage near the Kgalagadi Park opened against the Botswana border. It offered a mix of round crested dunes, with long straights (some with a bit of sand) giving way to hard-packed rocky canyons. The navigation is rated Medium, with some tricky sections and over 600 kilometers of liaison.

Ø Van Zylsrus is a settlement in John Taolo Gaetsewe District Municipality in the Northern Cape province of South Africa. It is also the nearest settlement to The Kalahari Meerkat Project, the filming of nature TV shows such as Meerkat Manor. The settlement was founded by 6 Trekboer families in 1832, led by the former Heemrad of Calvinia, Petrus van Zyl. Between 1971 and 2001 it was the location of a Ballistic Missile Battery of the SADF, collocated with an Infantry Company plus a Heavy Mortar Platoon, an Armored Squadron less one troop, and an advanced Radar and Signals Squadron of the SAAF. The settlement also had its own Commando platoon of 21 Riflemen reinforced by the local SAP helicopter flight and Askari detachment. [https://en.wikipedia.org/wiki/Van_Zylsrus]

Ø Kalahari Trails, better known as the Meerkat sanctuary (and one of the locations for the show Meerkat Manor), is home to one of the Kalahari’s best-known animals, suricates. Kalahari Trails Meerkat Sanctuary is 3500ha in size, nestled right in the heart of the red Kalahari dune fields, just 35km before the entrance to Kgalagadi Transfrontier Park (KTP). This unique piece of heaven offers visitor experiences where you can get closer to nature and interact with the Meerkats like no other place in the Kalahari. This unique experience provides visitors with a chance to walk the dunes and learn more about all the critters great and small that would be otherwise unseen, if you were traveling in a car or game drive vehicle. The dunes create miles of limitless beauty where the sky meets the sand and beyond.

The series told the story of the Whiskers, one of more than a dozen families of meerkats in the Kalahari Desert being studied as part of the Kalahari Meerkat Project, a long-term field study into the ecological causes and evolutionary consequences of the cooperative nature of meerkats. [https://www.kalahari-trails.co.za/en/ & https://en.wikipedia.org/wiki/Meerkat_Manor]