Early riser in Primm Nevada today for the first day of the VT Construction Battleground Race with the Sportsman, NA, and Stock UTVs, along with a couple 1/2 1600 cars. Starting at 6:30 am the cars were all staged and ready to battle. 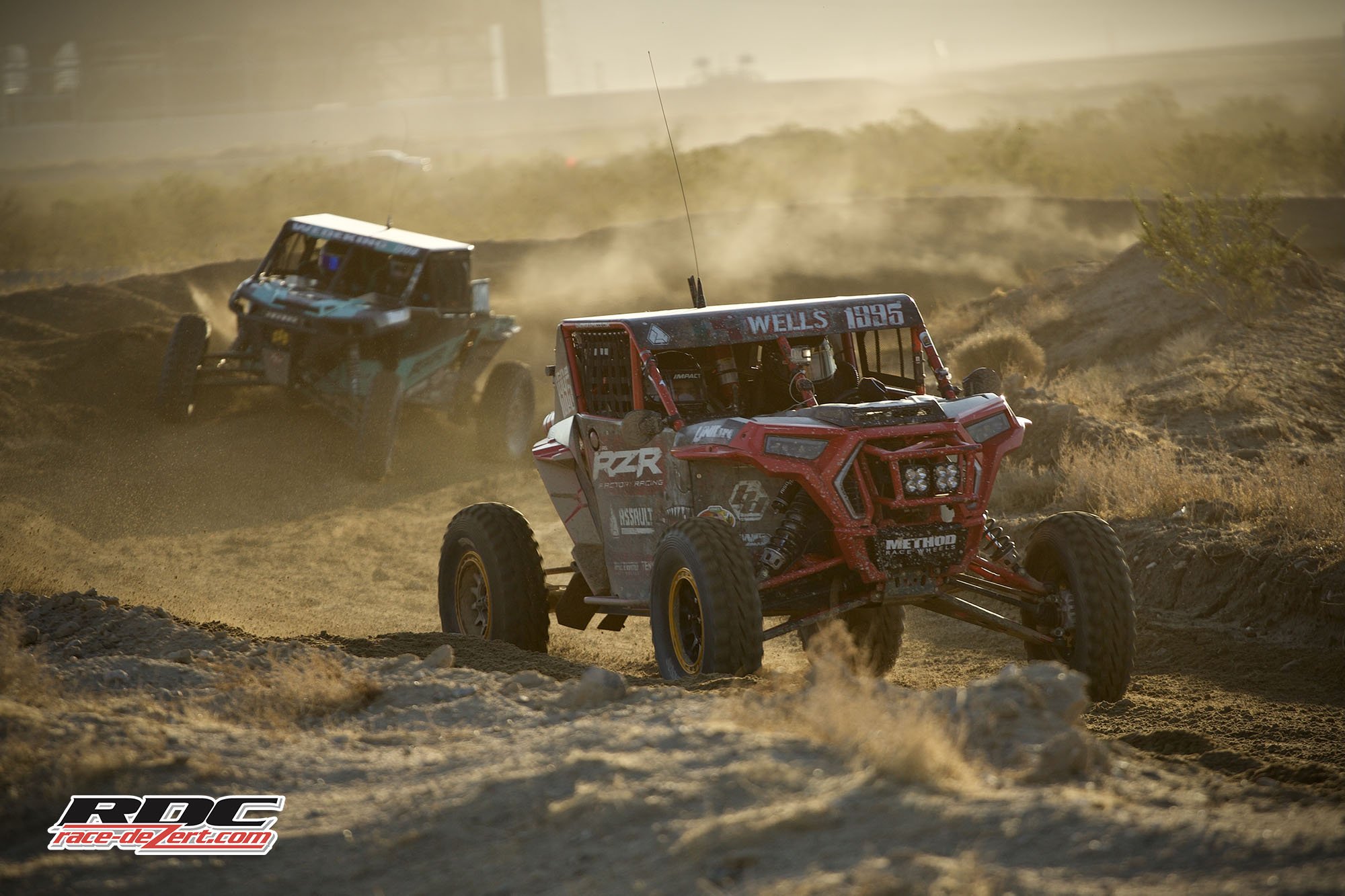 Leading the NA UTVs was the 1995 of Kaden Wells charging hard all day and finishing with a time of 1:24:11. But it was Jack Olliges in the U927 that came away with the overall heat win with the time of 1:22:12 witch was only 1 minute off his father Steve in the Unlimited Truck! Those golf carts can get it! 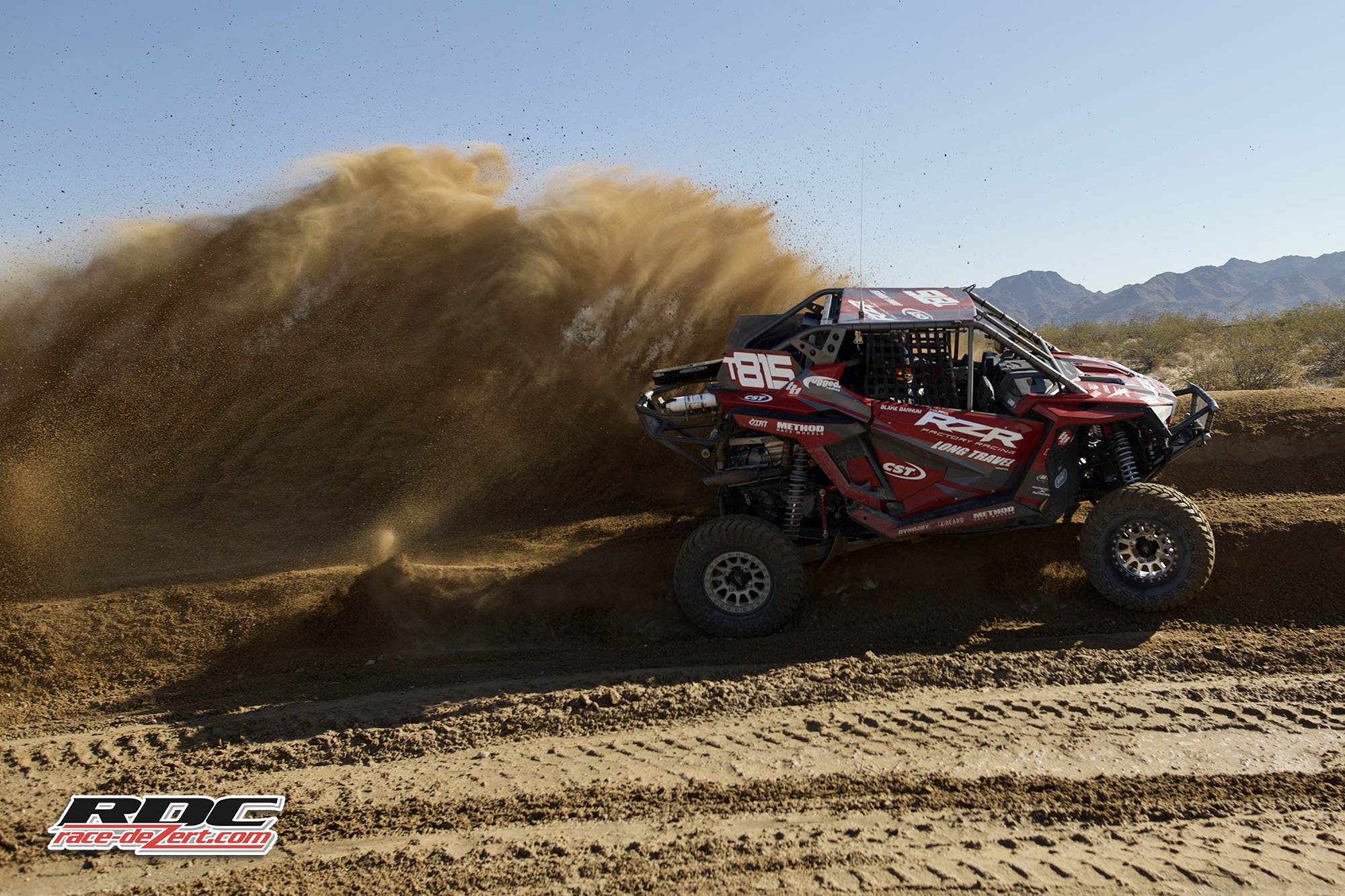 Up next were the Pro Turbo class. Leading the way and taking the win in the heat was the T815 of Ryan Piplic with a time of 1:18:40. 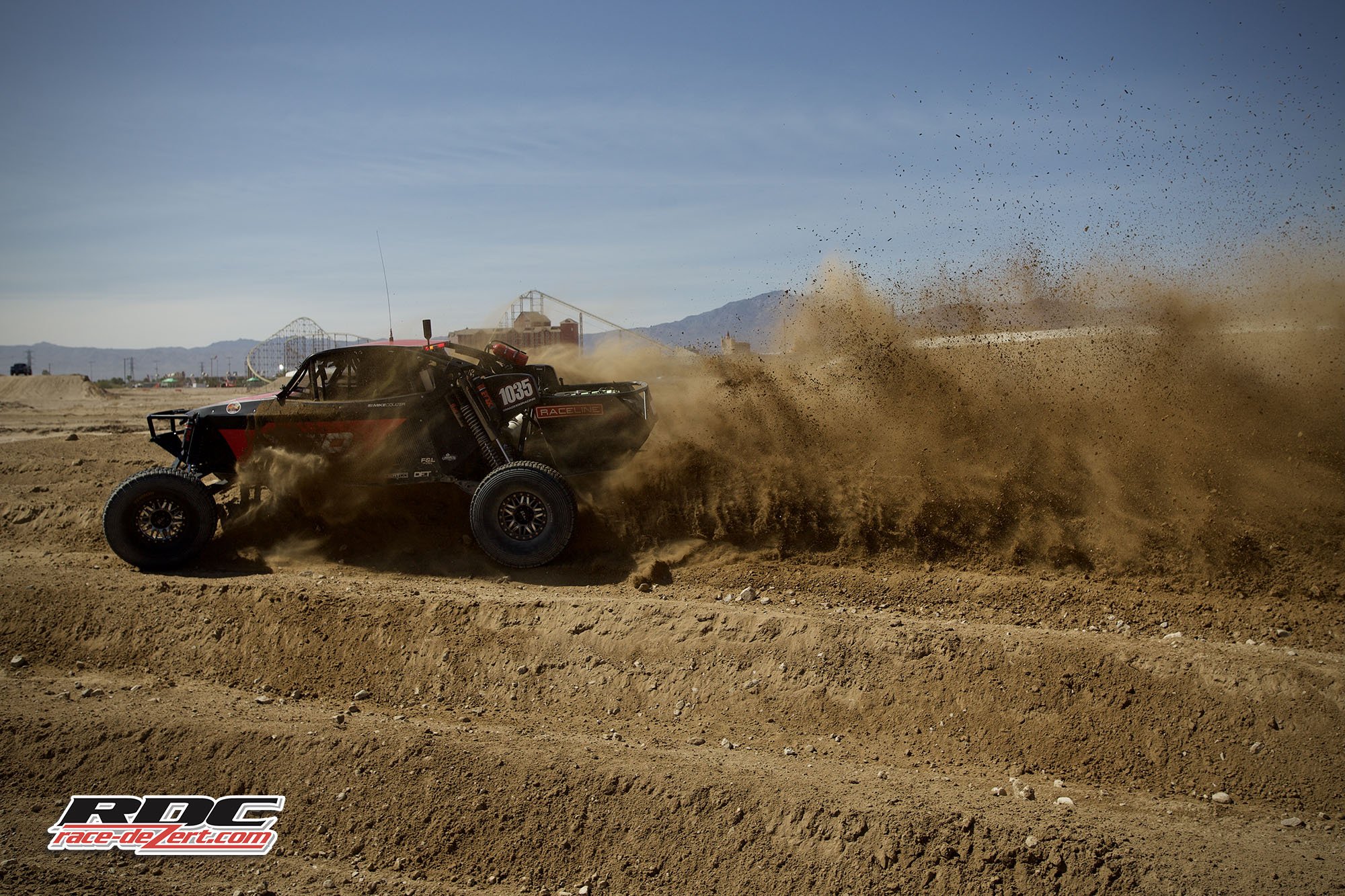 Class 10 and Trophylites lined up next and got ready to take the green flag. Both Mike Coulter and Scott Basset traded places all throughout the heat with help of the unique Joker Lane, but it was the 1035 of Mike Coulter that took the win in the end with a time of 1:20:50.

Now for the big 6100 heat and the 1 lonely 6200 buggy starting up front. Conor McMullen in car 6240 started first and held his momentum all the way through the heat beating all the trucks with a time of 1:13:54 and taking the Overall Day 1 win! Following close behind in his Geiser 6100 truck was Travis Williams in truck 6177 winning the class with a time of 1:18:33. For the final heat of the day it was time for the Unlimited Trucks and Buggies to tear up the course for the small cars the next day, and leading the way was the 38 of Eric Hustead taking the Heat win with a blistering time 1:16:55 only beating out the winning Class 1 buggy of Ladd Gilbert by 4 minutes with a time of 1:20:09.

After the dust had settled and the sun has set, we all head to bed ready to wake up early tomorrow to do it all again!