After a long day of racing in the Nevada sun, the racers wake up early Sunday morning to get ready to do it all again! Day 2 starts as the sun creeps over the purple mountains in the distance and the engines fire up for some more door to door Racing. 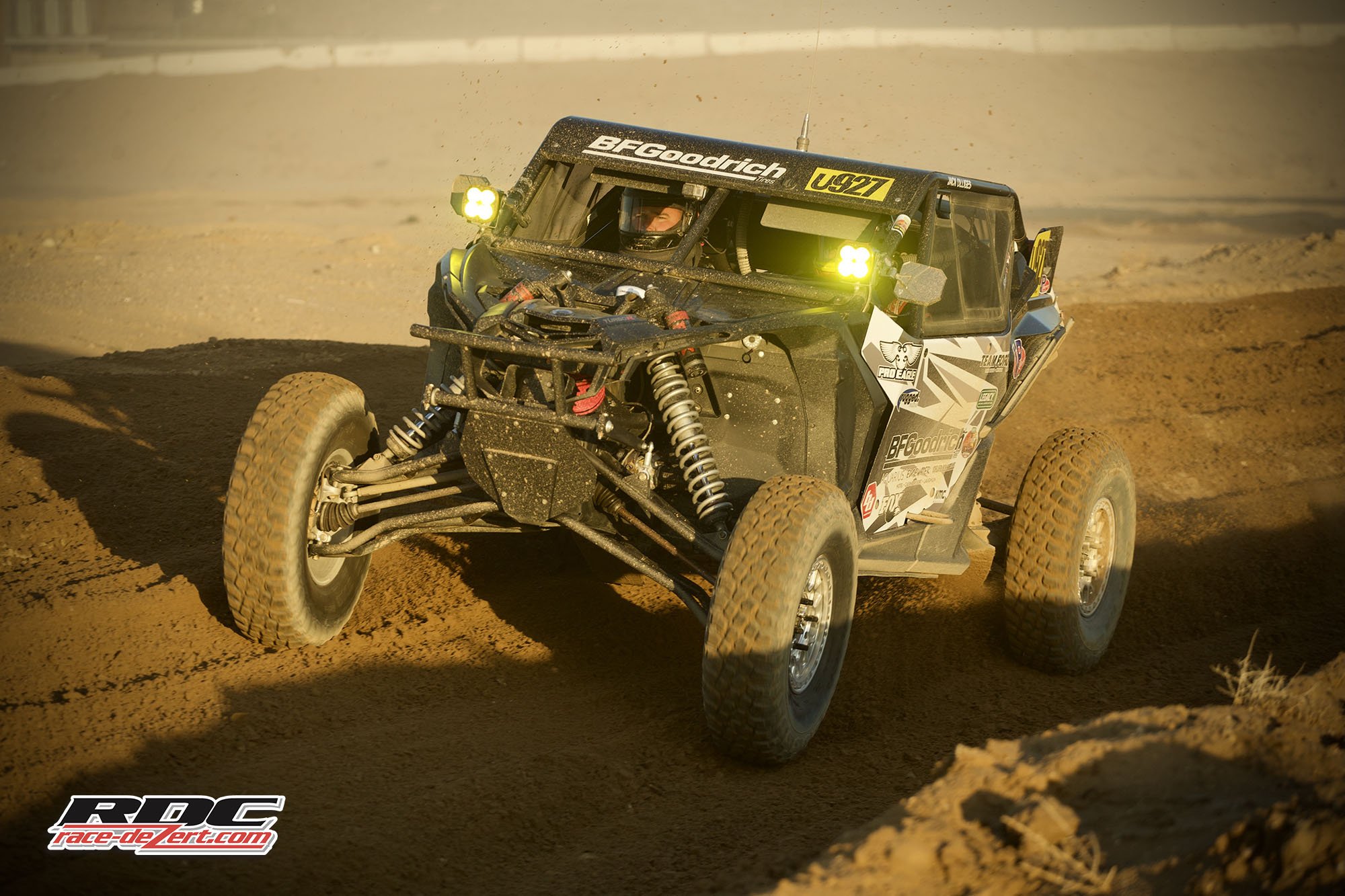 Starting off the day were the Stock and N/A UTV’s and leading the way once again was Jack Olliges in car U927 taking the Heat win and the Overall weekend win with a collective time of 2:44:27. Followed closely by Keden Wells in car 1995 continuing his dominant streak of race wins with a time of 2:48:02. After a lot of breaks and misfortunes in the Pro Turbo class, the top cars had set off battling for the win on Sunday, but it was Ryan Pippic in car T815 that took the class and Weekend win with a time of 2:37:27.

Similar to the Pro UTV’s, many Trophylites fell victim to the course taking out over half of the field in heat 3. Mike Coulter in car 1035 continued his lead from Saturday into Sunday taking the overall weekend win for Class 10 with a time of 2:42:03. The 6066 of Josh Cobb came away with the Trophylite win with an overall time of 2:59:58. Starting in front of all the 6100 trucks was the 6240 of Conner McMullen setting a blistering finish time beating the 6100 trucks and Unlimited vehicles taking the Overall Weekend, Class, and Heat win with a time of 2:26:27. A race for the 6100 championship was apparent with the fastest drivers starting in the top 5 in Sunday’s race. After the dust had settled it was Brent Fox in 6146 that took the Win in class with a time of 2:38:00. Eric Hustead started first in the unlimited heat and seemed to be unmatched all heat. Setting blistering lap times and never skipping a beat taking the weekend win with a time of 2:33:26. Brandon Bailey in car 1529 had came out and set down some fast lap times Saturday and Sunday securing their spot at Class 1 Champions for 2021 and taking the weekend Win with a time of 2:51:43.

As the inaugural LEGACY Racing Series comes to a close, we look foreword to next years line up of events and can’t wait to see this organization grow in the sport even more than they did this year!