The Most Sustainable Energy in Motorsports Is Heart

The event ventured further into the Altai Region down incredible, winding, tree-lined roads. While the previous stage had us exploring a nothingness which was empty, untainted by civilization. Today, took us to a type of nothingness where you discover other cultures in tiny villages and residents affected most by what’s around them each day – mostly unbothered by the world outside of their bubble. Here, we found a mix of unique, DIY structures – the ones built when strict permits and paperwork are ignored or non-existent. And cows wandering about like stray dogs. Here we uncovered the greatest treasure of all… Something hardly anyone has seen a lot of over the last year: spectators. There was even a stage with performances of everything from cultural song and dance to pom-pom squad… Things. And of course, in good ol’ oppressive fashion, a loudspeaker with someone constantly jabbering inaudibly at ear piercing volumes. 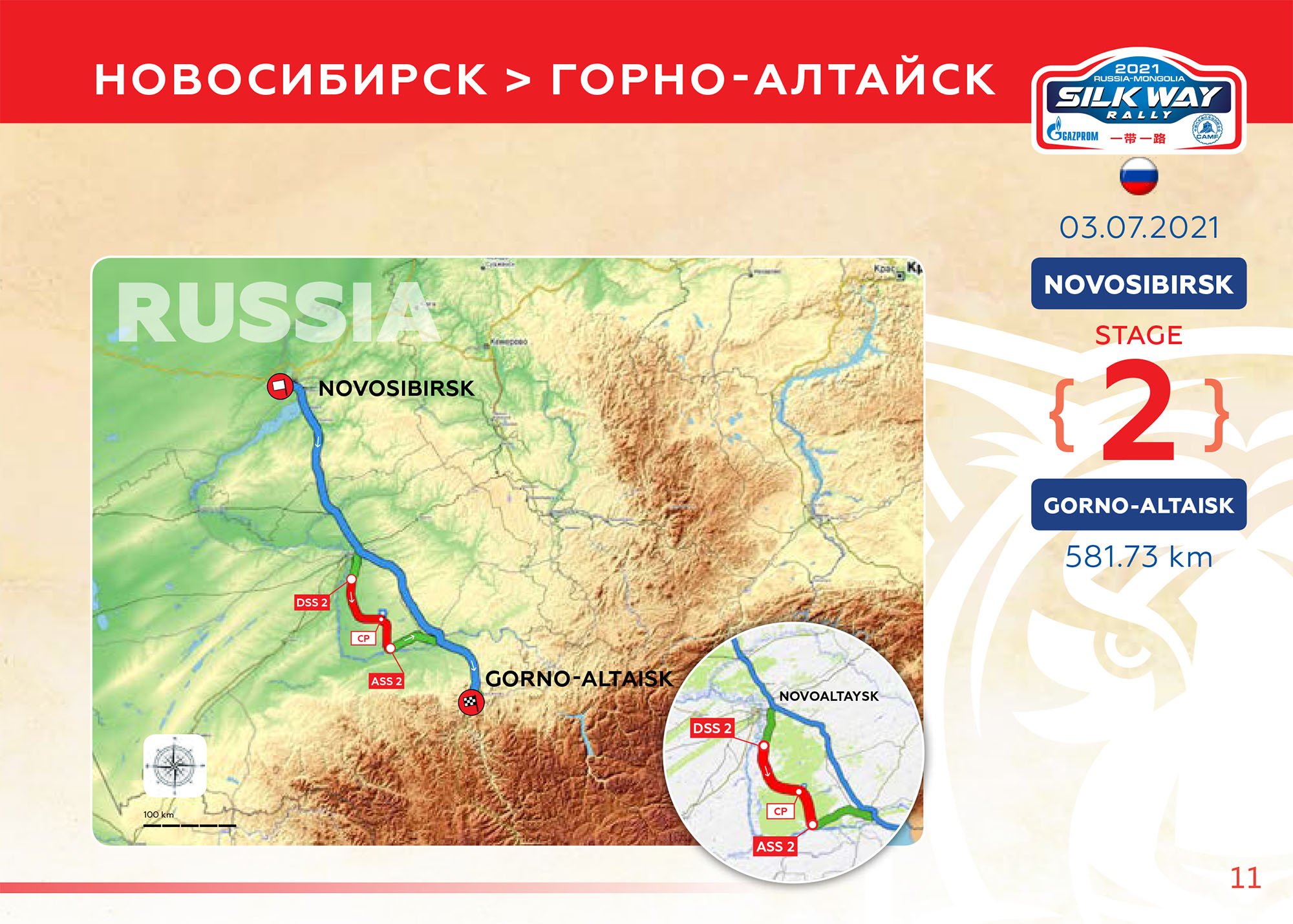 The start of Special Stage Two was something spectacular. A sanctuary none of us knew we needed. But for those who spent any significant time within this tunnel of cheers and selfies, especially the racers, quickly realized how Energy’s infectious effect spreads from smile to smile, from wave to handshake to a warm embrace. Humans are truly connected by some electric bond and when you bring a group like this together, to be joyful and supportive and simply happy to stand shoulder to shoulder again, it can replace adrenaline as your body’s natural turbo boost. It doesn’t switch off when the episode is over. The love from fans is the most sustainable form of power for competitors. Complete strangers can provide that sense of ease which helps with overcoming adversity, even if all hope seems lost. And when athletes fly halfway across the world without their loved ones, the extra lift of confidence can be crucial to reaching the finish line if nerves or loneliness start to be a burden. 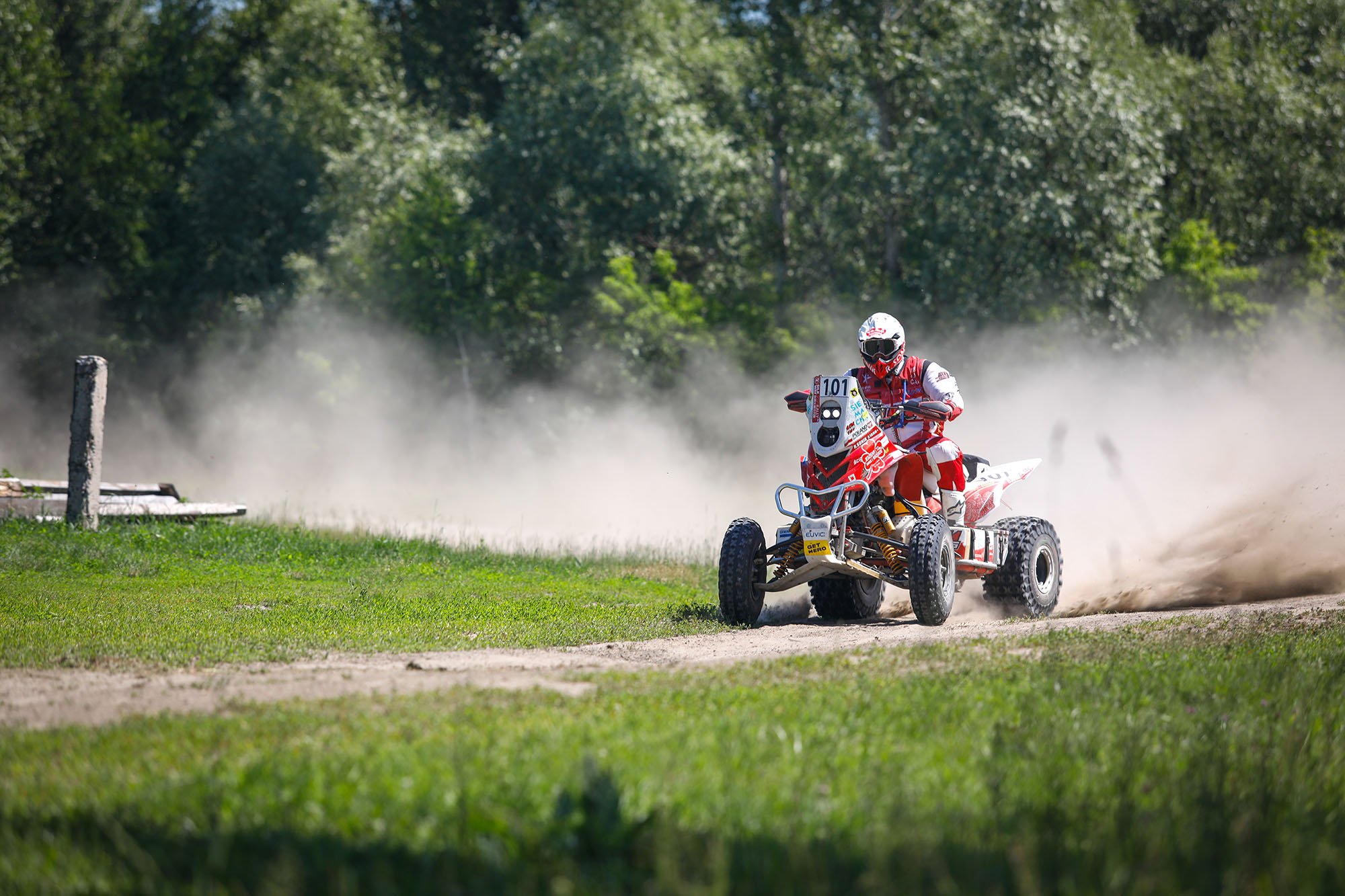 “In this rally, as in every rally, we fight not only with the distance, difficulties on the route, but also with our weaknesses – the fans help a lot in this. Vigorous cheering, lots of people gathered on the stage. The sight of them comforts you, and these moments lift your spirits. Today, even a few kilometers from the finish line, I had to remove an obstacle…on the road. [Ultimately,] I reached the finish line less than 14 minutes behind Aleksander Maksimov. Keeping fingers crossed! Tomorrow, the third stage is ahead of us.” – Rafal Sonik, #101 SONIK TEAM 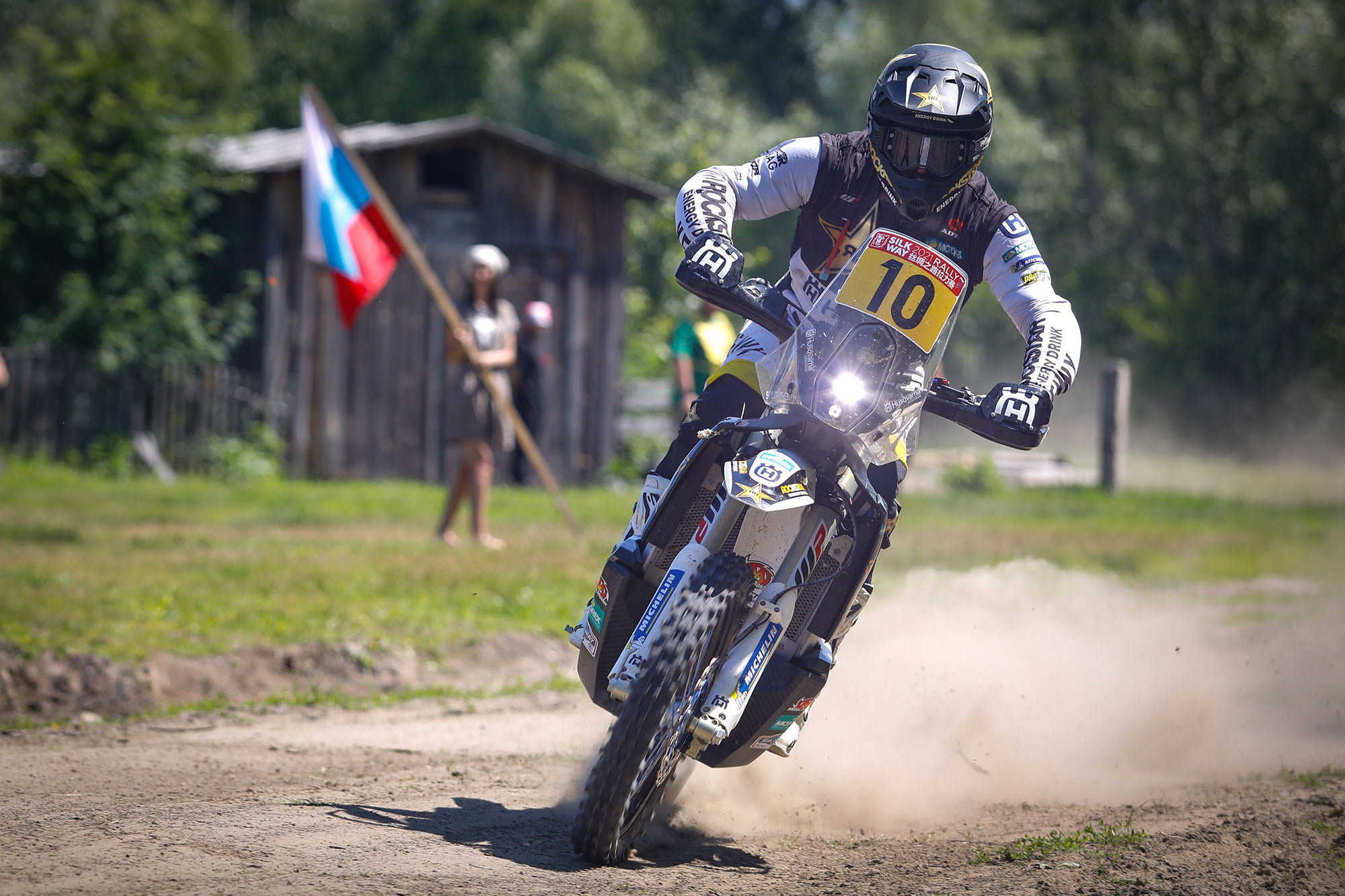 Daniel Sanders (#11, GasGas Factory Team) was nothing short of ecstatic about the lineup of locals on either side of DSS. Traffic as early as 7am slowed the liaison but conditioned as many elite rally racers are to the quiet streets and ceremonies since the pandemic unleashed isolation on the world, seeing real, live fans was a sincerely welcome surprise, to everyone. Little did Sanders know he’d have more to look forward to with a solid stage win. Had he not suffered an issue with his Iritrack early on, he’d have likely bested FIM points leader Ross Branch (#16, Monster Energy Yamaha Team) by more than a mere six seconds. Skyler Howes (#10, Rockstar Energy Husqvarna Factory) put in good time as well and slid himself into the third position just under a minute from his “rookie” colleague in First. Aleksandr Maksimov‘s (#102, MARI TEAM) victory wasn’t so sweet. Even if he was the better man on-course today, his only opponent, Rafal Sonik (#101 SONIK TEAM) conceded 14 minutes to him after having to remove some unclarified objects from his way. It’s a blow to both men as it couldn’t feel like a truly fair battle. With only each other to face, every incident can appear a bit exaggerated. But that’s rally raid. And Sonik found solace in the roars coming from enthusiasts all arounds, keeping his head, and his spirits, up. He didn’t have to waste that precious energy necessary to perform at your best by coaching himself through setbacks. 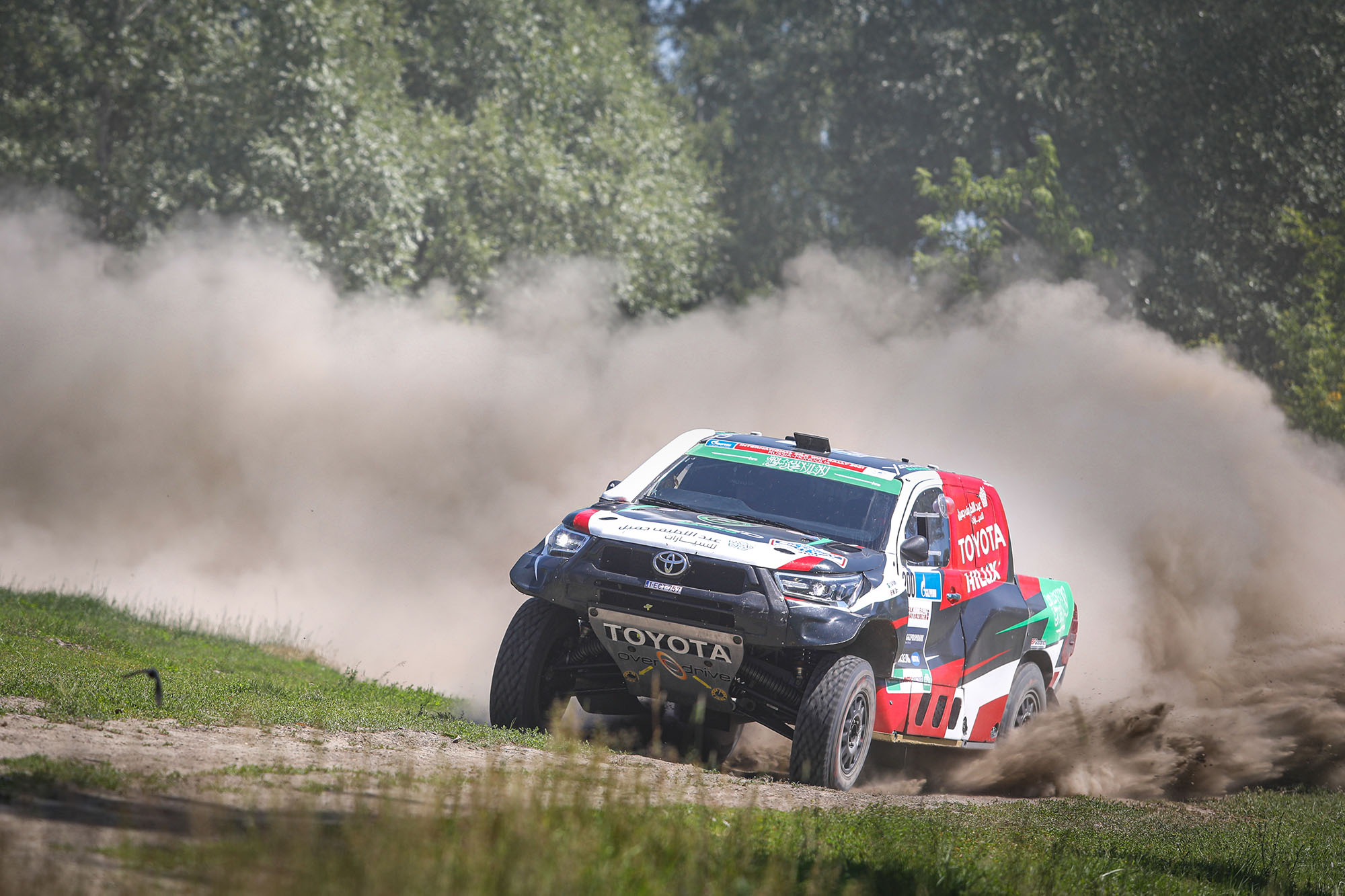 At the foothills of the Altai Mountains, the racers took the event to the next level, some literally leaving their adversaries in the dust. When Cars leader Vladimir Vasilyev and co-pilot Aleksei Kuzmich (#201, Mini Cooper Countryman VRT) hit even a moderately deep patches of silt, a wave would splash over the front of their Mini Cooper, as if they jumped into a puddle with rubber boots on. The color of the earth here is so dark, when sent airborne, it appears to be soaking wet. But you can imagine whatever pile they plowed through they were doing so at the sort of speeds we lie about when we brag to our friends. Before the Cars could even make it significantly into the alpines, #201 firmly sat in the Overall winning seat. That’s not to say Saudi Arabian Yazeed Al Rajhi and British navigator Michael Orr (#200, OVERDRIVE HILUX TOYOTA) aren’t giving the Russians hell. But if you can’t blame #201’s success on heart or skill, blame it on familiarity. Perhaps all three are what put the all-women Ruskie T3 team on the top step. Piloted by Anastasia Nifontova and Ekaterina Zhadanova, the lightweight CAN-AM Maverick XRS has put in work, and it paid off at the end of SS2. 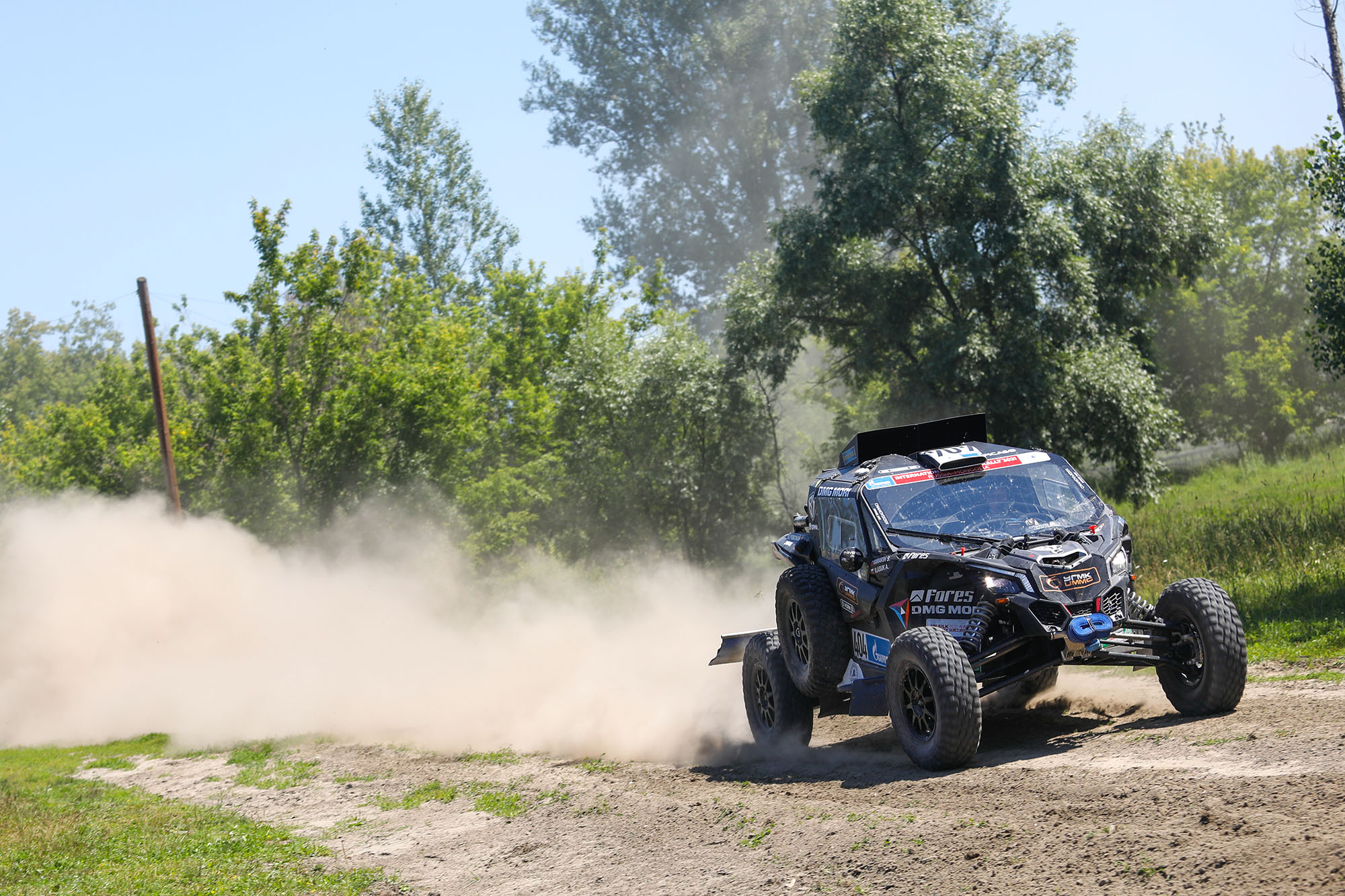 It’s no surprise Sergei Kariakin and Anton Vlasiuk (#404, SNAG RACING) nabbed another stage title, but the #400 SSV is making its way up the ranks, finishing just behind the pair in an hour-forty. Austin Jones and Gustavo Gugelmin (MONSTER ENERGY CAN-AM) weren’t coming here to lose. In fact, they’ve been to the Silk Way Rally before and were strong contenders before mechanical issues ended their efforts with massive displeasure. But Jones says that it was a learning period then, as it is now. And the incredible terrain, people and traditions of Russia are what keep him coming ‘round. Lucky for him, he’ll be seeing more of the Siberian countryside than anyone had expected, because the organization has decided that instead of crossing into Mongolia, the teams will run the two marathon stages as planned (ish), double back and do it yet again. 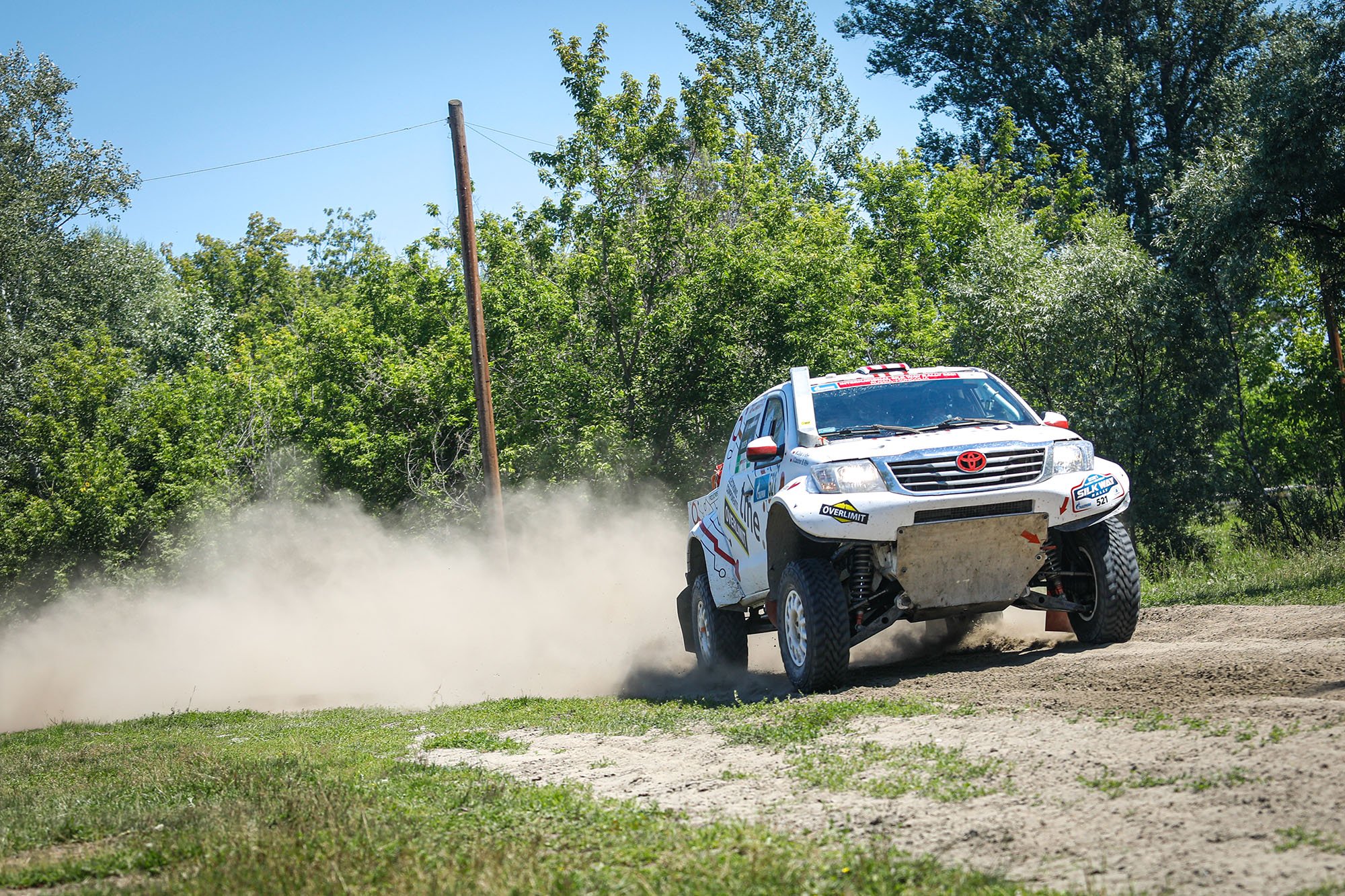 The drastic, last minute modification – announced at the 8pm briefing in the bivouac – was a contingency in case any large-scale issues arose during the rally which called for such action. And while the organization often considers alternatives for the unforeseen occurrence, this time, COVID-19 was always looming over their heavily burdened shoulders. By the afternoon July 2nd, a nationwide order was put into place restricting all travel to and from Mongolia. And while we will miss that unique and beautiful place, it was no question the organization would comply immediately to the mandate, while also trying to maintain value and a fair playing field for the teams, especially participating in the FIM & FIA World Championships. More about this at www.SilkWay.com/en. It may be a disappointment for some, but most have accepted the change without question. Others are even glad to be back-tracking – reliving their experiences over the last few days. Possibly revealing more of these new and interesting (and a little bit similar) things.

“Upon the decision of rally organizers, all bivouacs and infrastructure, prepared for the Mongolian stages, will be provided to state and local authorities to set anti-COVID-19 stations and to help the locals to fight the pandemic. Mongolia will also receive humanitarian supplies, delivered on behalf of the Rally Directorate.” – Vladimir Chagin, Rally Director

Everything is everything. It’s human nature to liken things to each other, find familiarity in the foreign. This technique, even unconsciously, is meant to keep us safe, alert, aware of how our new surroundings remind us of past experiences to ensure if we see a swamp, we don’t wander aimlessly into the jaws of a crocodile (or something). But in this instance, traveling through the center of Siberia, déjà vu offered comfort, warmth and a connection to a people and place the media wants us to fear. There’s more to talk about when we’re afraid or frustrated. More reason to glue ourselves to the little black mirror trying to hyper consume sensationalism sandwiches, a hunger which is never truly satiated. But, if we took the time to detox once in a while, maybe look up long enough to make new friends, we’d see that the drama usually dwells among the rich and powerful, but hardly represents the masses they command. The second night in Omsk, a passion for JDM drift cars led to a late-night encounter with a local Drift Pro who chose an Ikea parking lot to burn figure-eight’s into the tarmac, then high-tail it before the “militsiya” could fine us for reckless such-n-such. Sound familiar? If life comes with six degrees of separation, engine folks have something like two. Had we not seen that something recognizable to connect us, sincerely, especially if we’d been too afraid of what our electronic babysitters drill into our psyche, we may never have known how the same balance of kind, curious and screwed up we all are.

“Our countries say a lot of bad things about each other. But when we come together, we realize that we are quite the same.” [A profound statement made entirely on Google Translate.] – Pro Drifter, Omsk Local Gleb Saab [Глеб Шааб]

Overdrive / South Racing / Extreme Plus all pulled out as the changes did not take into account the regulations for the CCR and in turn were not applicable for the CCR points. Bit of a disaster for the organisers really. There was a lot of discussion about Mongolia not being part on the SWR weeks ago....
Mark

Justin and Kyra got better service and uploaded over 40 more photos from stage 2 that I just added to the post. Stage 3 will be posted this morning.
dezertpeople.com
offroadaction.ca