Bailey Cole wins the Big Sky 200 Unlimited Class as all classes competed in Broadview, Montana, for the opening round of the Ultra4 North series June 15, 2021 (Broadview, MT) – Broadview, Montana, was the aptly named location for the 2021 Big Sky 200. In a joint racing event with Yellowstone Off Road Racing (Y.O.R.R.) all classes battled a challenging 45+ mile loop course full of surprises, gotchas, and fun. The 4400 Unlimited class, Yukon Gear and Axle 4500 Modified class, Can-Am 4900 UTV class, and the Branik Motorsports 4800 Legends class each did 4 laps. The ever-popular Spidertrax 4600 Stock class did 3 laps during the morning race. Y.O.R.R. also had multiple classes racing in this event. (you can see more information about Y.O.R.R. by visiting their website.)

ULTRA4 Racing is known for vehicles that can race multiple types of terrain with confidence and authority. The “Swiss Army Knife” of off-road racing, this course challenged the speed and navigation elements of off-road racing. “A desert course, but beautiful and with grass” was how one driver described the Big Sky 200. Round 1 of the new for points in 2021 North series gives way to Round 2 in Sturgis, SD, at the Buffalo Chip during Bike Week and concludes with an all-out sprint around the legendary short course in Crandon, WI. All courses are designed to challenge different aspects of the cars. Qualifying was a 4-mile dash through pieces of all these elements to see who would have clear air and who would eat DUST. The Morning race featured 48 cars across Modified, Stock, and UTV classes (both Ultra4 and YORR) leaving in 1-minute increments. The Afternoon race featured 31 Unlimited, Legends, and YORR Pro class cars. Clear air was a precious advantage with so many cars in each race.

Taking the pole in the Spidertrax 4600 Stock class was Alex Fleming with Sherpa Motorsports, followed by John Snell 2nd and Joshua Patt third off the line. The Can-Am 4900 UTV class pole was taken by Josh Smith once again (Josh was the Area BFE Beatdown pole winner in Moab as well as the El Rey de Las Bajas pole winner in San Felipe!), followed by Mark Welch, and Mike Slawson. Yukon driver John Mathews took the Yukon Gear and Axle 4500 Modified class pole, followed by John Grounds 2nd off the line, who would also be racing later in the day in the 4400 Unlimited class in his new for 2021 Miller Motorsports chassis.

For the afternoon race, In the Branik Motorsports 4800 Legends class, it was legendary Jeremy “Doc” Jones who earned the extra 7 points for taking the pole, followed by Steve Graff and Eric Wikle. Winning his 2nd pole of the year in the 4400 Unlimited class is no stranger to success, Bailey Cole edging out Brent Burton and John Grounds for the honor and the bonus points. This is Bailey’s 2nd pole for 2021.

Race day started with big, blue skies and an awesome youth race / 1600 class race that really set the tone for the day. Watching the next generation of drivers gain experience and race with the passion and exuberance of youth is inspiring and reminds many drivers of why they race in the first place. The official AM race was a combination of the 4500, 4900, 4600, and YORR classes. While all classes were on course together, racers were only racing others in their class for position. The other classes were just obstacles standing between them and success.

The race format was a total time format within a 6-hour window, so drivers starting in the front had a clean air advantage, but all drivers were scored on corrected time as well as total laps completed. Cars started in 1-minute increments, but the course quickly separated out who was racing and who was wheeling. Navigation and pit strategy also played a critical role in success as drivers had one main hot pit and one remote pit to work with in this no chase race. 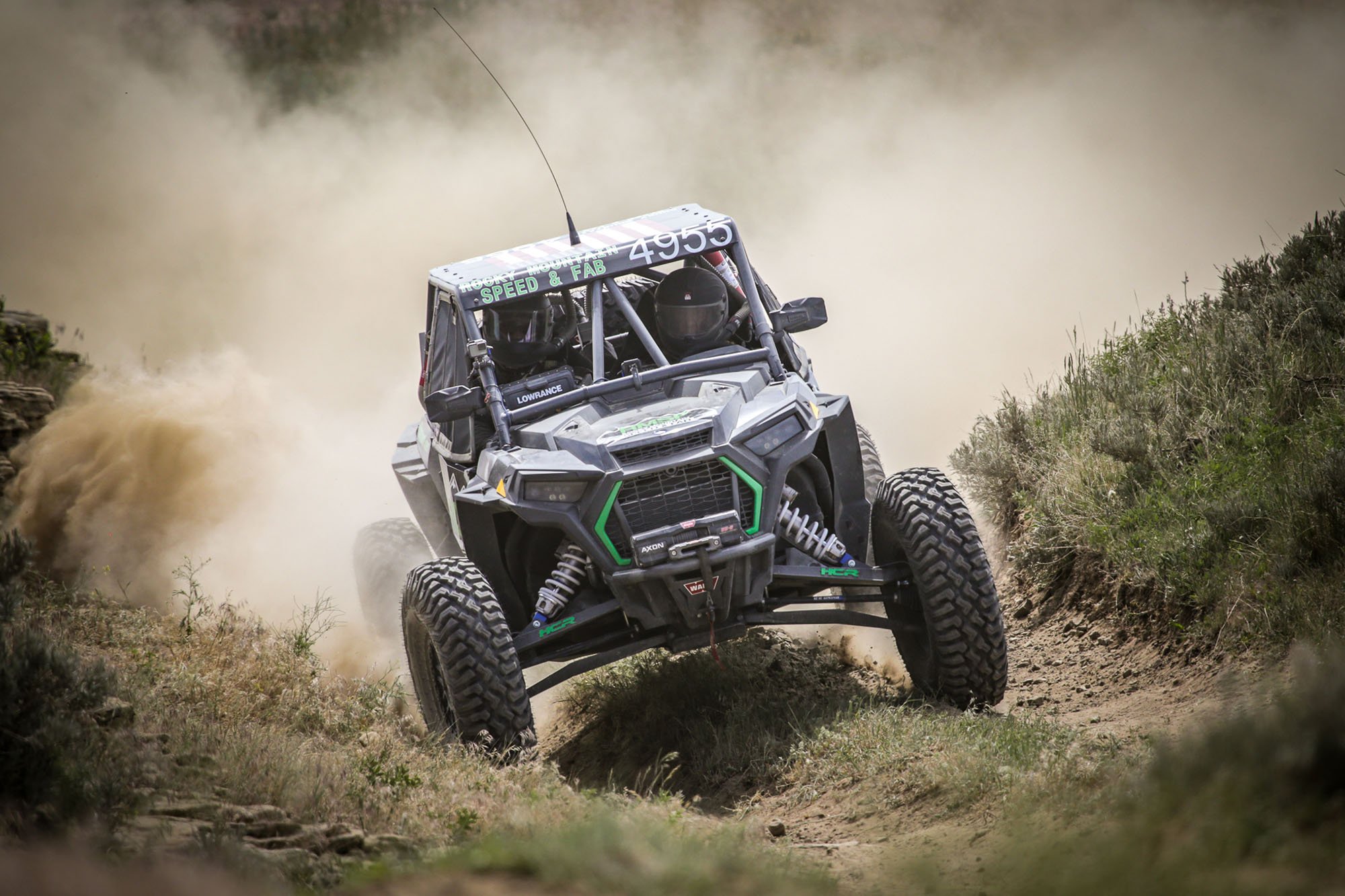 The first class off the line was the Can-Am 4900 UTV class. Mixed with YORR racers, the UTV classes were the largest group on course in various classes. Ripping off the line, their machines were built for this type of terrain. After taking 3 poles this year, Josh Smith got his 2nd win of the season and powered his way to the top of the podium. Hot on his heels was Mike Slawson, longtime racer, and brother of the King Randy Slawson. Rounding out the podium was the 2021 El Rey de Las Bajas winner Jacob Versey, continuing his strong season and active battle with Josh Smith. When the checkered flag waved, Pacific Northwest racer and strong class advocate John Mathews stood atop the 4500 class podium with his first victory of the season! John was followed by John Grounds in 2nd place. 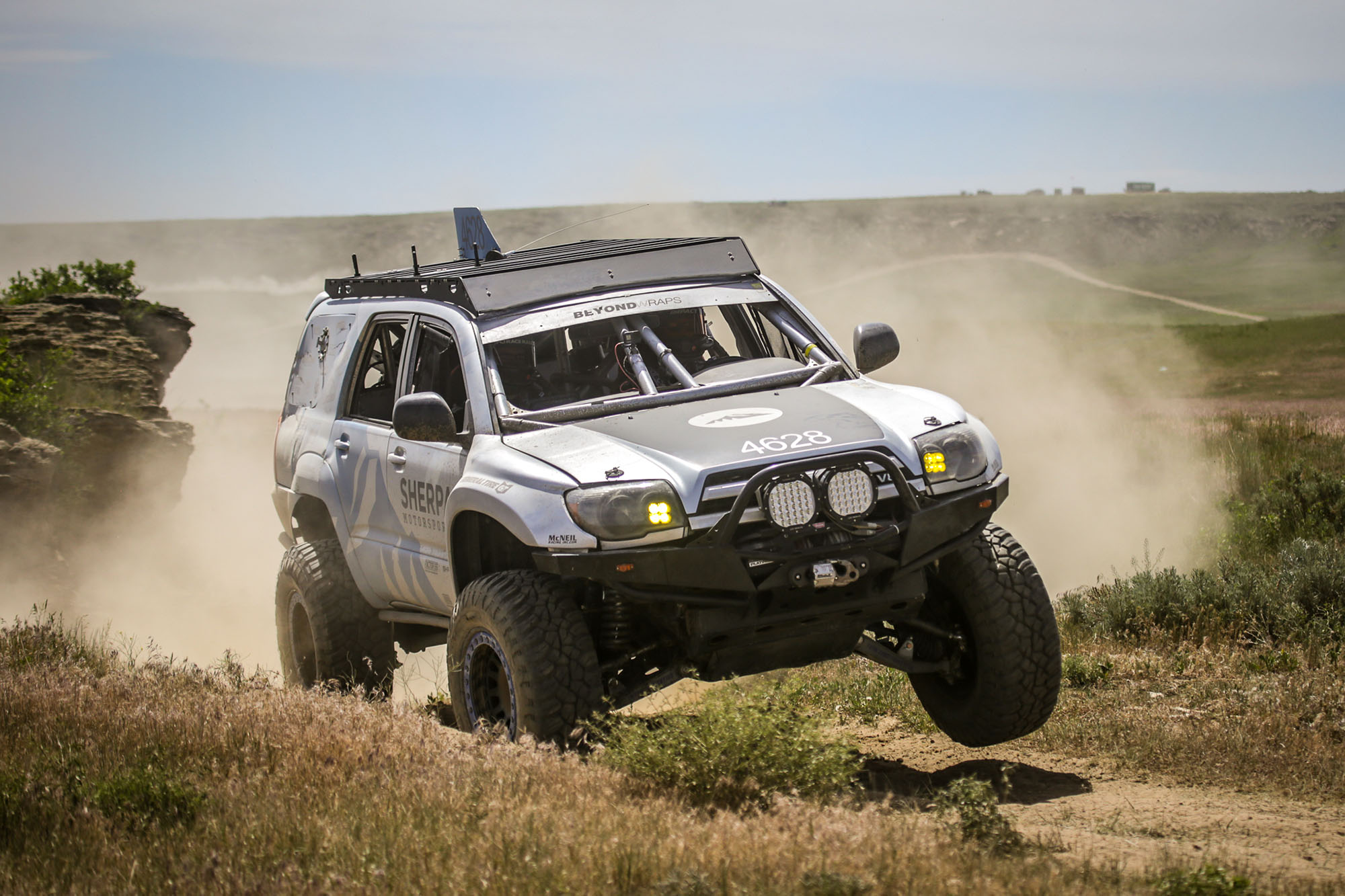 Last off the line was the Spidertrax 4600 Stock Class, featuring stock looking rigs that fans of all ages could identify with. While Alex Fleming won the pole, it was Joshua Patt who outlasted the field to claim his first victory of the year. Alex battled to 2nd place, and seasoned racer John Snell rounded out the podium. Part of the appeal of the Spidertrax stock class is the variety of vehicles competing. An older Toyota pickup won, followed by a 4Runner, and then a Jeep Grand Cherokee. If you can’t get behind this class, something is wrong! The afternoon race of the Big Sky 200 was a combination of the 4400 Unlimited class, the Branik Motorsports 4800 Legends class, and the YORR pro classes. When YORR officials waved the green flag, it released these beasts into the Montana landscape for almost 200 miles of punishment and adrenaline in 1-minute intervals. Racing was extremely competitive, with multiple lead changes and pit strategy and fuel planning playing a key role in success. Pole sitter and Team Yukon / Team Nitto Tire athlete Bailey Cole came out strong and fast, but experienced alternator issues on lap 1, giving the lead over to Kevin Porterfield, who later in the race experienced his own mechanical issues. Strong, steady, and fast, Bailey and co-driver Kenzie Sharon worked their way to the front in his IFS machine and never looked back once he got clean air, claiming his first Ultra4 US victory in the 4400 Unlimited class. 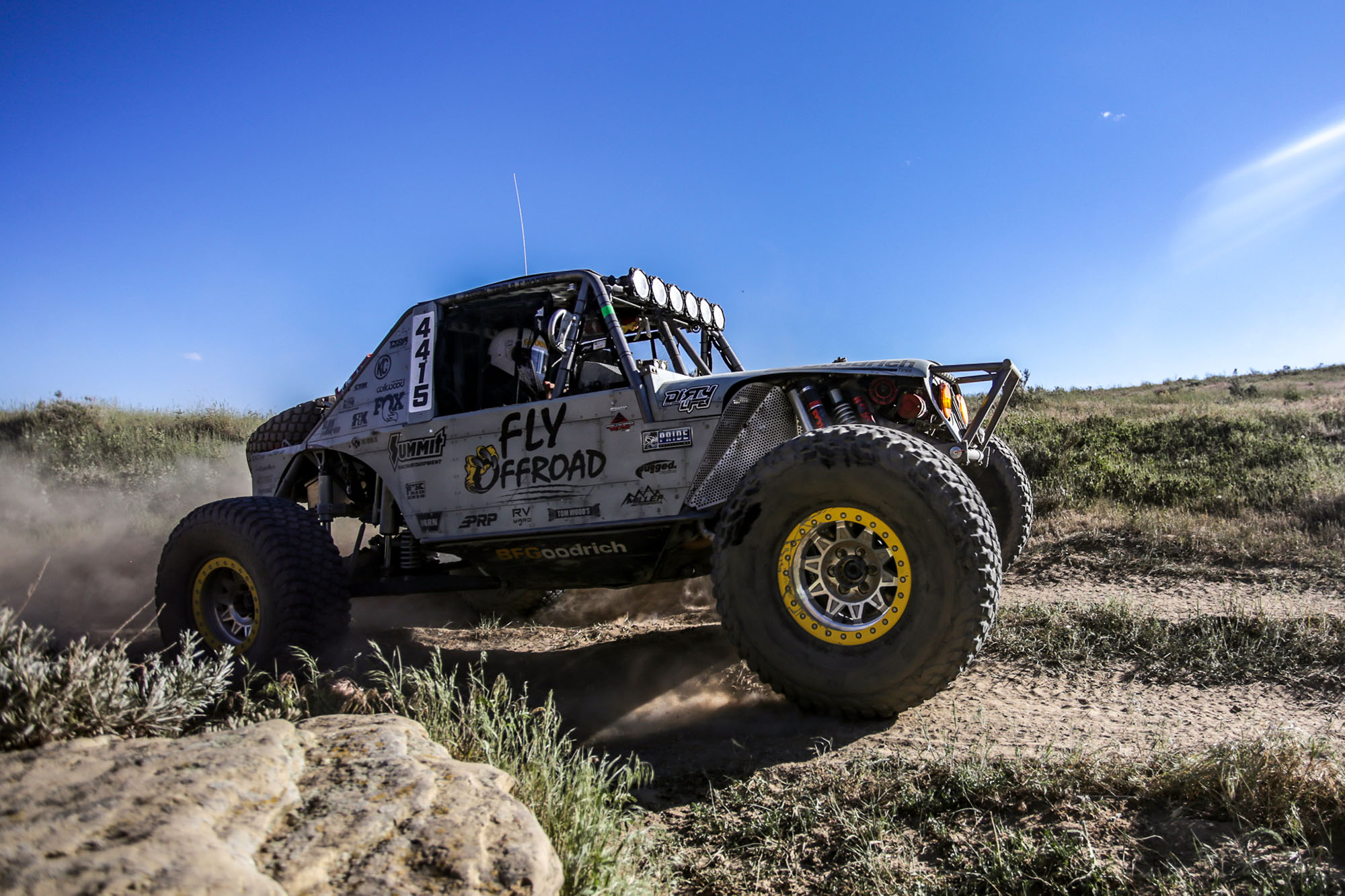 After already racing the morning race, Fly Offroad driver John Grounds came in second, and legendary Bill Kunz back in the TTB car finished 3rd. Tom Prendergast finished just off the podium in fourth, with Jade Wickham rounding out the top five positions. Tommy Dykstra kept the GenRight JL in 6th, Jordan Townsend made his return to racing with a 7th place finish, Kevin Porterfield in 8th, Brent Burton finished 9th, and first-time driver Jay Schwab in a “new to him” Bomber rounded out the top 10. The 4800 Legends class is a mix of retired 4400 class cars and newly built Legends class cars. 1 shock per corner, 37” DOT approved tires, and front mount engines create a growing class where experienced cars can continue to live. Running a time nearly as fast as the winning 4400 car, Jeremy “Doc” Jones led from green flag to checkered flag and put on a driving clinic. Long time Ultra4 competitor Steve Graff scored his first podium finish with a 2nd place (with co-driver John Dicus also in the car after racing the AM race), and Jack Peterson continued to impress with a 3rd place podium finish in the Rock Ware car.

To earn National Championship points, drivers must compete in KOH as well as Nationals (October 15th and 16th in Davis, OK), plus at least 3 regional races. The 2021 Big Sky 200 was a thrilling opening race in the North series and has really tightened the battle for national points in all the classes. Next up is  a quick turnaround for the East series Round 2 at the Adventure Offroad Park (AOP) in South Pittsburg, TN, June 25 – 26.

You can see the full schedule of events at www.ultra4racing.com and in the Race-dezert calendar.