AGUA DULCE, CALIF. – The Yokohama NORRA Mexican 1000 Presented by Method Race Wheels has always been a point to point race. The entire sport of off road racing was created by NORRA when thrill seekers competed against the clock to see who could run the entire length of the Baja Peninsula the fastest. NORRA organized the first sanctioned race, and the rest is history. 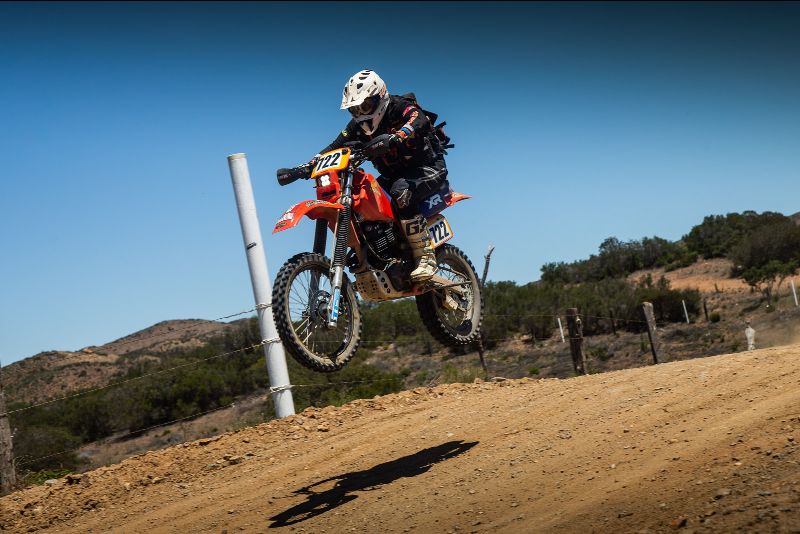 In 2021, the pandemic put that tradition on hold. Instead of going all the way down the peninsula, competitors would run a loop race that touched both coasts, and went south past Bay of Los Angeles. Some decided to wait until restrictions were lifted. Others embraced the altered format, and those who did were rewarded with an incredible experience. NORRA Race Director Eliseo Garcia saw the closure of Baja California Sur as an opportunity to explore new places where the Mexican 1000 does not usually go. It delivered new challenges, and lots of them. Going forward, those who survived to the finish will always remember this race, and consider it a badge of honor to have competed in it. Attrition was somewhat high, not the goal, but the hardcore racers who showed up seemed to relish the challenge. It made for an interesting race in each class, and the era trophies were up for grabs until the very end. 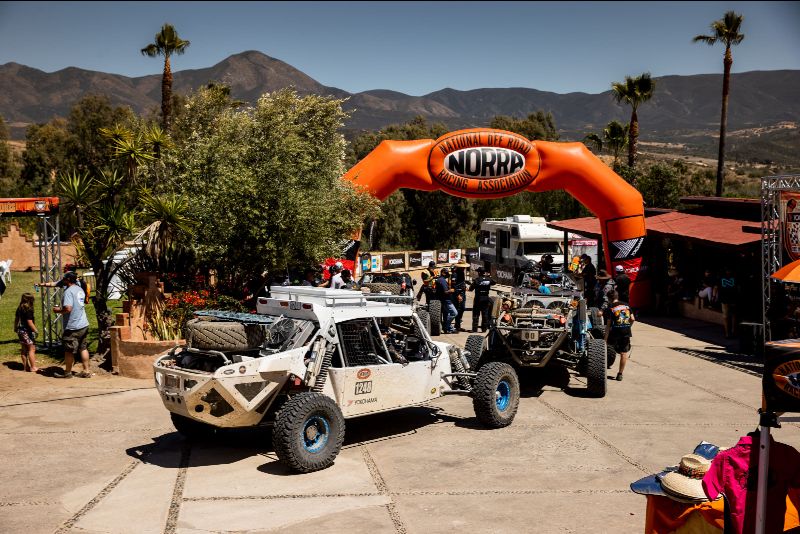 The NORRA Mexican 1000 honors the past, while forging the future by grouping competitors according to the different eras of off road racing. Each era has a commemorative trophy awarded to the winner that pays tribute to an icon of the sport. The Pioneer Era trophy (1967-1975) honoring Steve McQueen was awarded to Chris Sullivan. The legends Era trophy (1976-1982) honoring Frank “Scoop” Vessels went to Trevor Glidden. The Challenger Era (1983-1988) in Manny Esquerra’s honor was awarded to Randy Ludwig. The Vintage Era (1986-20 years old) honors Corky McMillin and was won by Bill Hernquist. The Historic Era (Must be at least 20 years old) features Nye Frank, but there were no finishers in that era. The Evolution Era (Modern cars and UTV’s) that honors Larry Plank was awarded to Rhys Millen, and the Motos trophy honoring Danny Hamel was earned by Kevin and Michele Busch. Not only were teams competing for a class win, but they all wanted to get their hands on an era trophy. Class winners, and complete results can be found on NORRA.com. Car and bike results can also be found here on RDC. 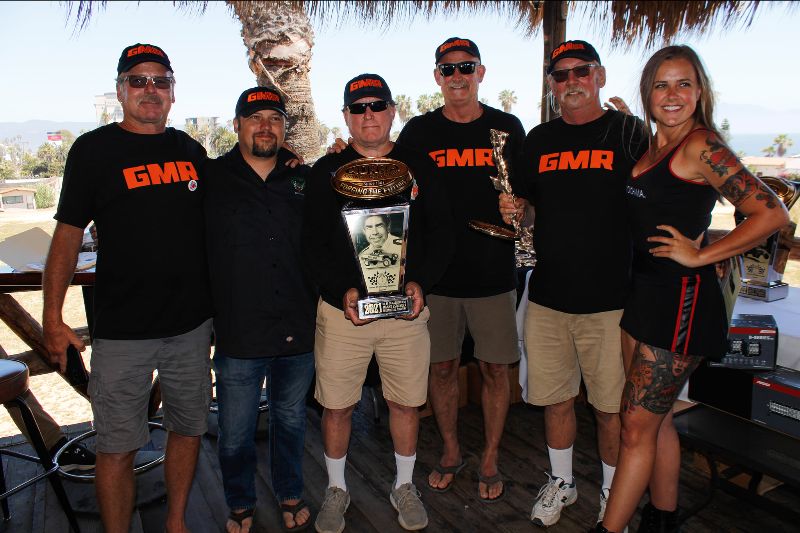 Also up for grabs was the Bilstein Madonna award. The Madonna award is given to “an individual who wins a championship in a major American racing series, displays sportsmanship and positive character traits on and off the track, and possesses an intense desire to win while overcoming adversities.” Congratulations go to Vintage 6-cyl Buggies winner, and Mexican 1000 Grand Marshal, Mark McMillin who earned yet another Madonna award. Mark has won the Madonna numerous times over the many years that he has been a fierce competitor, and inspirational leader in the off road racing community. 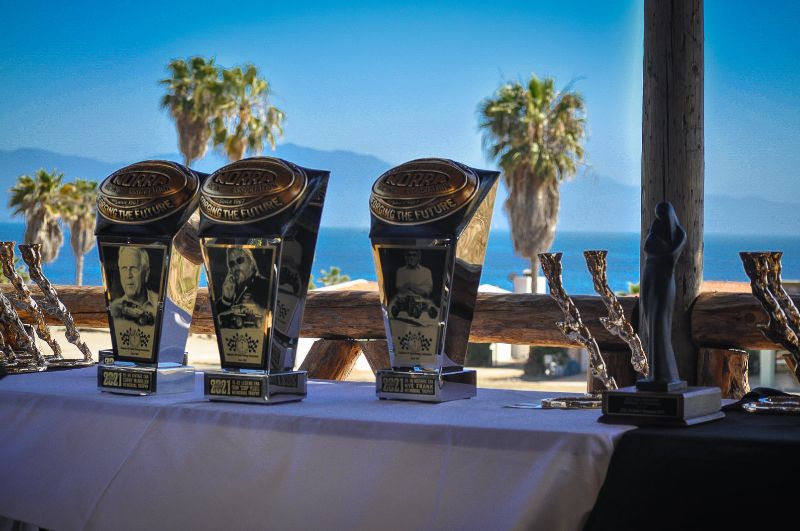 With such a huge undertaking, and so many hurdles to overcome, many people were instrumental in the success of this year’s Mexican 1000; Government Officials, sponsors, the competitors, NORRA staff, and volunteers, they all joined together to make this event happen. Yokohama, Method Race Wheels, Michael Gaughan at South Point, Bilstein, Volcon, STEEL-IT, Slime, Rigid, Transpeninsular, Horsepower Ranch, Multitool USA, Satellite phone store, Biltwell, PCI Race Radios, Niterider, The Fab School, Optima Batteries, Schampa, and K&N all supported NORRA at the Mexican 1000. Then there are the associated sponsors Baja Bush Pilots, Mag7, Corporate Helicopters, Lowrance, Proturismo, Off Road Motorsports Hall of Fame, Pro Baja, CODE off-road, SaniAhorro, B3KREATIV, Stage V Media, Instant Mex Auto Insurance, Cruz Roja Mexicana, and all the municipalities and land owners who graciously afford us the opportunity to compete in Baja. 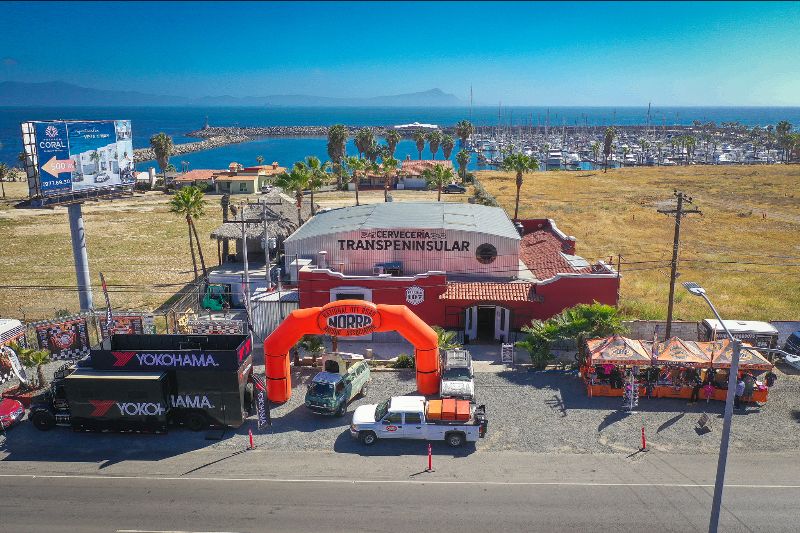 No other event offers the rich history, amazing tales, interesting characters, and spectacular backdrops that the NORRA Mexican 1000 delivers. Every stage of the rally has its own unique flavor. Together they encompass the unique challenges, and incredible beauty of the Baja Peninsula. The challenge creates great camaraderie amongst the competitors. After a hard fought day of racing, participants can mingle with industry titans, regular Joes, or racing icons. The adventures experienced along the way will be the subject of tales told around camp fires in the future. Look for more race info coming, and go to www.norra.com to find out how you can join. the fun at “The Happiest Race On Earth!”. www.norra.com