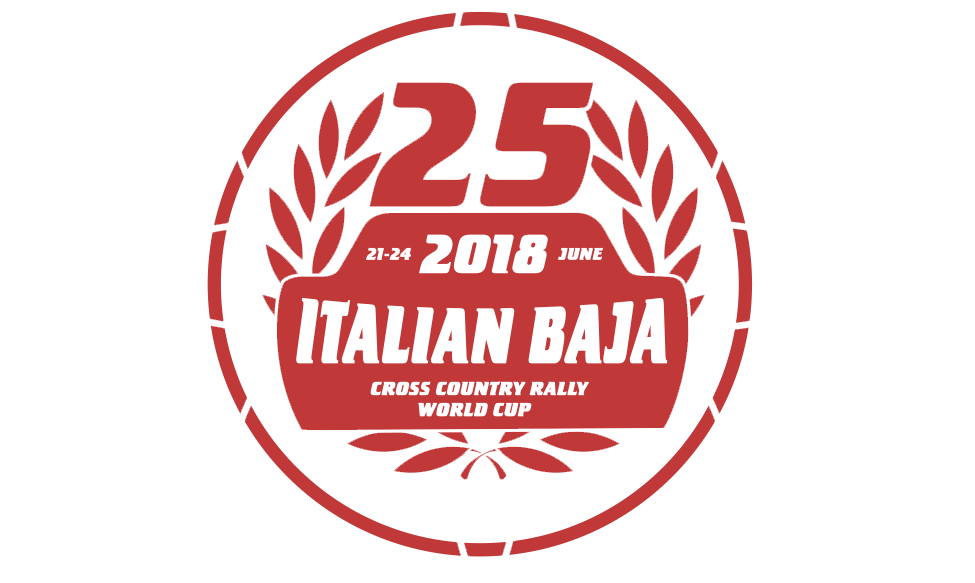 Engines still turned off, we are working at the battery’s light. That’s to say with the “unlimited” energy reserves demonstrated by the Fuoristrada Pordenone, powered by the passion of five pioneers since they have founded the Club 4×4 in 1983. The Italian Baja on the other hand does its best to limit the environmental impact, using the Fair’s photovoltaic system and cleaning the track by all kinds of materials.

The organizing Committee is facing some very hard days, as it has to cope with the last preparations for the 25th edition of the race, planned from Thursday 21st to Sunday 24th June. Entries confirm the presence of 52 crews, representing 23 nations and 3 continents. A mix of languages spoken by drivers and navigators coming from Europe, Asia, Middle-East and South-America.

It has been announced already but we like emphasize once more that it is the very first time that a Chinese crew comes to the Italian Baja. A Mitjet Off Road T1.3 class, a petrol powered two-wheel drive French prototype, will be driven by Xiang Wang, navigated by Tao Yang. We really don’t know very much about their curriculum, but they add an important flag to the World Circus realized by Tavella & Co.

Another crew will join the Brazilian pairing composed by Guilherme Spinelli and Youssef Haddad with a Volkswagen Amarok, a petrol powered four-wheel drive prototype, and the Chilean Hernan Garces and Juan Pablo Latrach with a Ford Ranger: the Argentinian duo composed by Fernando Alvarez Castellano and Juan Pablo Monasterolo, driving another Amarok.

We all are really curious to see in action Martin Prokop, driver from the Czech Republic, together with his co-driver Jan Tomanek. Last weekend with their Ford Fiesta RS WRC they finished 11th overall in WRC-round Rally Italia Sardinia, and next week they are going to tackle Italian Baja with a Ford F-150 Evo T1.1, determined to live up to the challenge and grab the first position.

The official vernissage of the 25th edition of the race took place in the shopping centre Granfiume in Fiume Veneto, today at 11am with the representatives of the regional sporting authorities present to partially reveal (the track is considered top secret until the starting day) the race program and the Selective Sectors, which will cross the towns of Cordenons and Zoppola as for the Meduna riverbed, while the crossing of the Cosa torrent and the Tagliamento river will interest the surrounding area of Spilimbergo, San Giorgio della Richinvelda, San Martino al Tagliamento and Valvasone-Arzene.

This morning the Italian Baja 2018 was launched at the Granfiume shopping center. Next Thursday, on 21 June, at the Pordenone Fair the crews will complete the administrative and technical checks, followed by a gala dinner in the evening and the ceremonial start at 23.00. Everything is ready for the 6th round of the FIA ​​World Cup for Cross-Country Rallies, which will be staged on the shores of Meduna, Cosa, and Tagliamento rivers from Friday 22nd to Sunday 24th June.