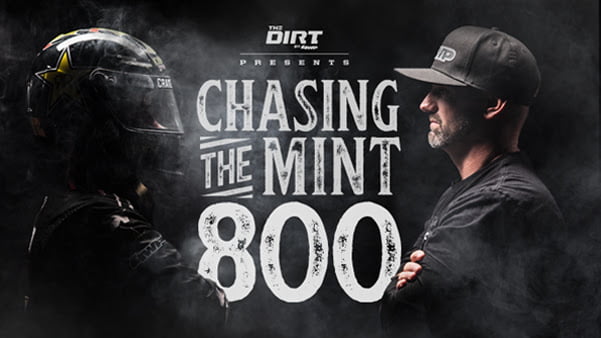 Known as The Great American Off-Road Race. The Mint 400 will bring over 500 of the world’s top competitors to Las Vegas on March 10. Professional driver Craig Scanlon will attempt to become the first person to complete.  The “Mint 800”, the unofficial name for finishing two Mint 400 races on the same day.

The 3-part video series will be rolled out on the company’s web portal (www.4wp.com/TheDirt) starting Monday, March 1 and will give an exclusive behind-the-scenes look at the preparation for such an endeavor.

Scanlon is entered in the UTV Pro Turbo Scanlon Motorsports Polaris RZR XP4 Turbo and the 6100 Spec Truck class in the #6191 truck built by Rhys Millen Motorsports. Joining Scanlon in the 6100 race will be 4WP Official team drivers Sarah Price and Ted Moncure, the former making her first appearance at the Mint. In the UTV class.