5 of 5 Christopher Polvoorde Shakes Off The Hard Luck In Reno – race-deZert.com 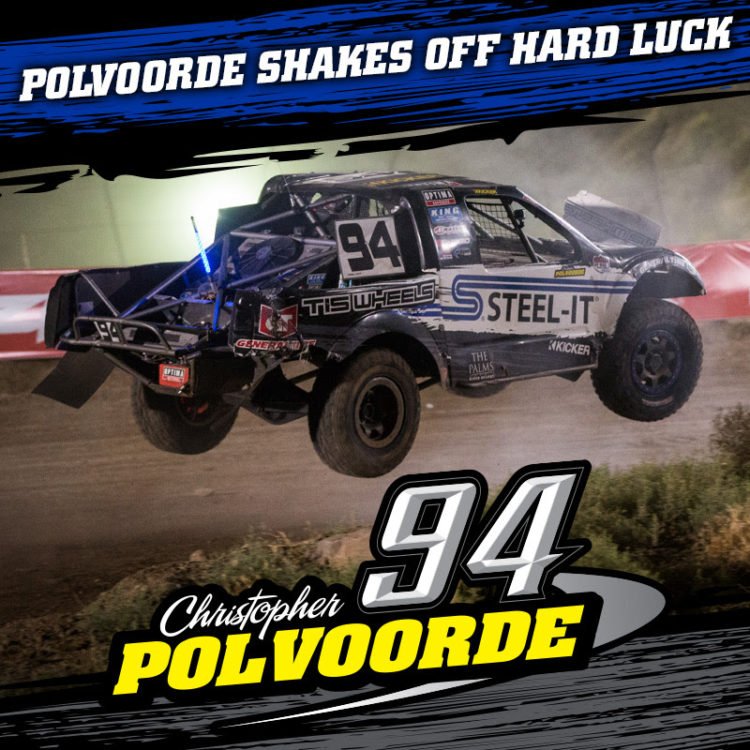 Christopher Polvoorde Shakes Off The Hard Luck In Reno

The Lucas Oil Off Road Racing Series (LOORRS) hosted Rounds 5 & 6 titled the Silver State Showdown taking place near Reno, Nevada at the Wild West Motorsports Park. Christopher Polvoorde, driver of the #94 STEEL-IT / General Tire / TIS Wheels Pro Lite is a championship contender anxious to get back in the truck and continue his plight to move up in the points. 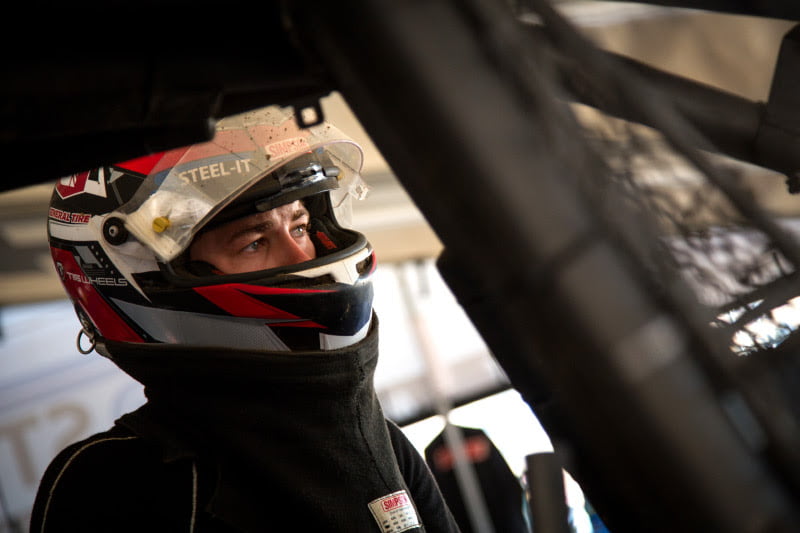 The LOORRS national event was long overdue since the series canceled the race weekend at Wheatland, Missouri in June when a huge storm piled through and damaged the facility. Since then, Christopher has been getting his off-road fix as a competitor in the Lucas Oil Midwest Short Course League where he has 4 straight wins and leads the series. Unfortunately, the race win streak has come to an end in for the #94 STEEL-IT Pro Lite with a bit of hard luck in Reno. 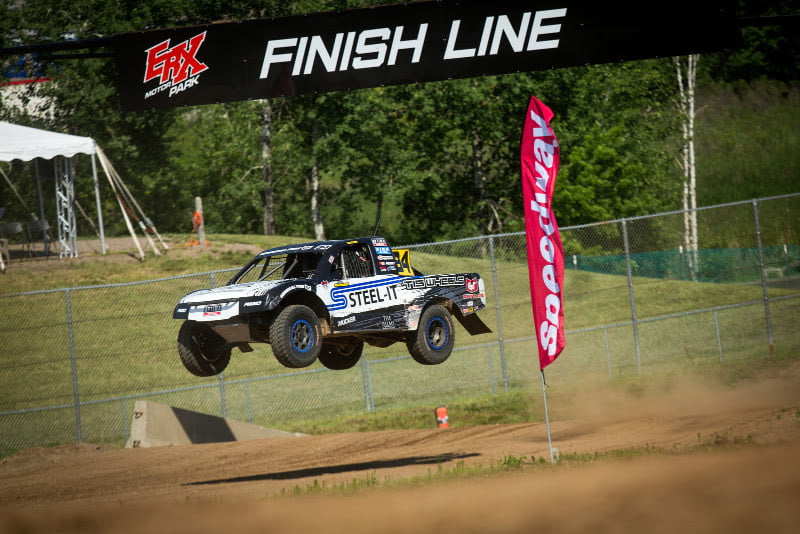 “Well this weekend was a tough one,” admitted Polvoorde. “I started off running good in all the practices with my spotter Cory Kruseman helping me get in the groove and the truck was 100% as usual thanks to our awesome team. We had great race starts but were unable to maintain to the finish for different reasons.”

For Christopher, racing is a dedicated profession with the total backing from devoted partners, the Polvoorde Team, and his family. “Everything is results-driven, so we push ourselves to make certain we are race-ready every time we unload off the trailer,” Christopher shared. “I am very grateful for these opportunities to go racing all over the place, and it is our goal to win. It is important that we give it our all but also to make sure we give back a little something everywhere we go. On Thursday before practice, a bunch of other drivers and I got to go to Renown Health Children’s Hospital in Downtown Reno to hang out with the kids. We visited throughout the facility, giving away goodies and hanging with the patients.  It is a great feeling, and I am fortunate to come to support them. The kids are the true heroes!” 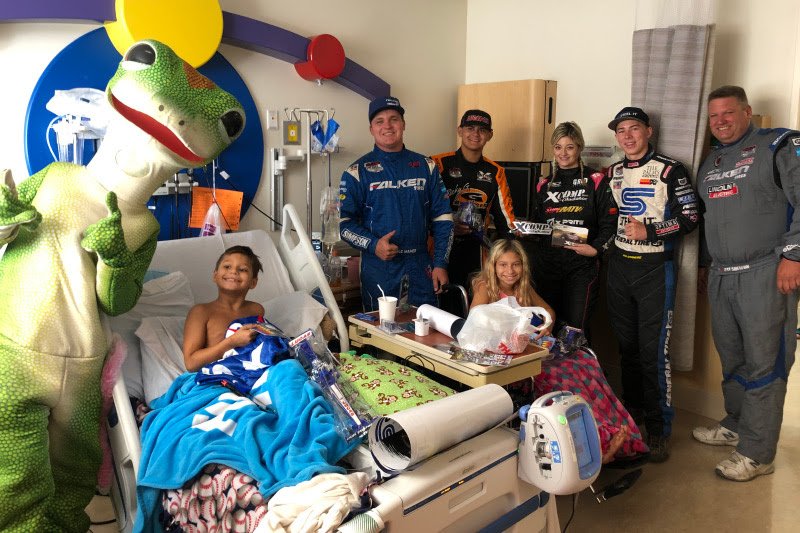 Back at Wild West Motorsports Park, a severe storm accompanied by gale-force winds, heavy rain showers, lightning and thunder pretty much put a halt to everything track related. LOORRS officials canceled qualifying and scheduled all racer starting grids based on driver points. 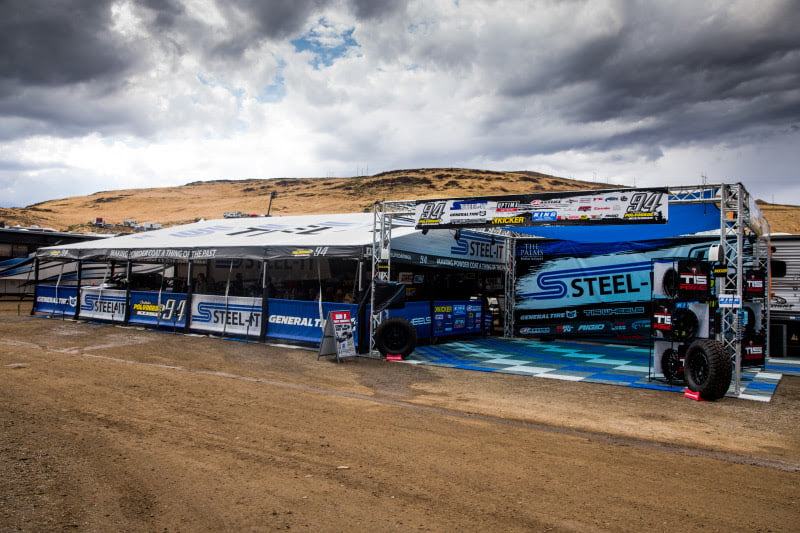 With the cancellation, Polvoorde was positioned to start 4th on the second row based off points. “I got off to a good start and was running in 3rd,” stated Christopher. “I was slowly reeling in the leaders so I could setup for a pass but then my throttle got stuck wide open. After spending half a lap trying to fix the throttle, I soon realized I had smoked the brakes in the process of trying to make the corners. So now, I had no brakes and a stuck wide-open throttle, which left me in a bit of panic going into the next corner. I shut the truck off and coasted into the corner and then re-fired the truck, allowing me to maintain enough speed & position while still being able to make the corner. I soon got this down and was still running in 3rd but I was being hunted down. A caution flag came out, and I was forced to go to the back of the pack. From there, I was only able to limp around, turning the truck on and off to make it around the corners and to the finish.” 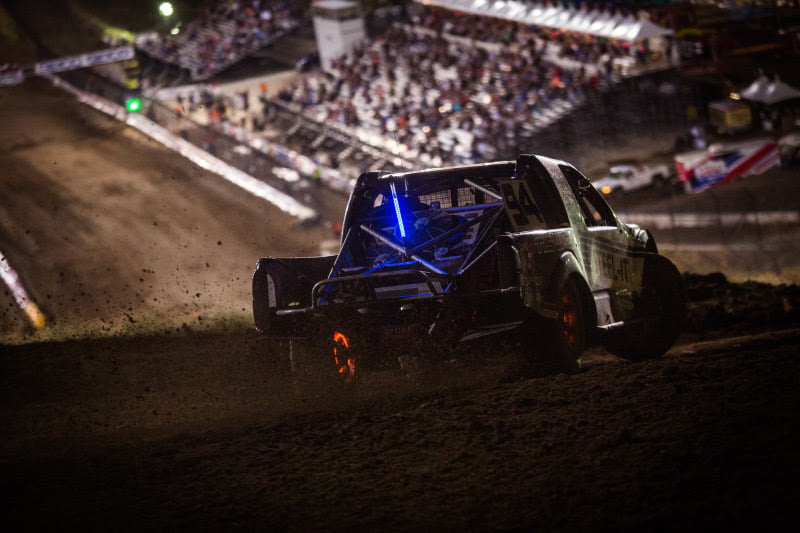 The next day, the Nevada high desert blessed the region with bluebird skies and set the day for perfect race weather. Qualifying commenced, Polvoorde racked up the laps, and the #94 STEEL-IT Pro Lite was clocked 3rd quickest of the field.

Christopher was very pleased with the truck’s performance and much more confident after flailing around in Round 5. “I went out for qualifying and could barely see due to dust on the track, and I still ended up 3rd fastest. The General Tire Grabber X3’s hooked up, and I cannot wait for another night of racing!” 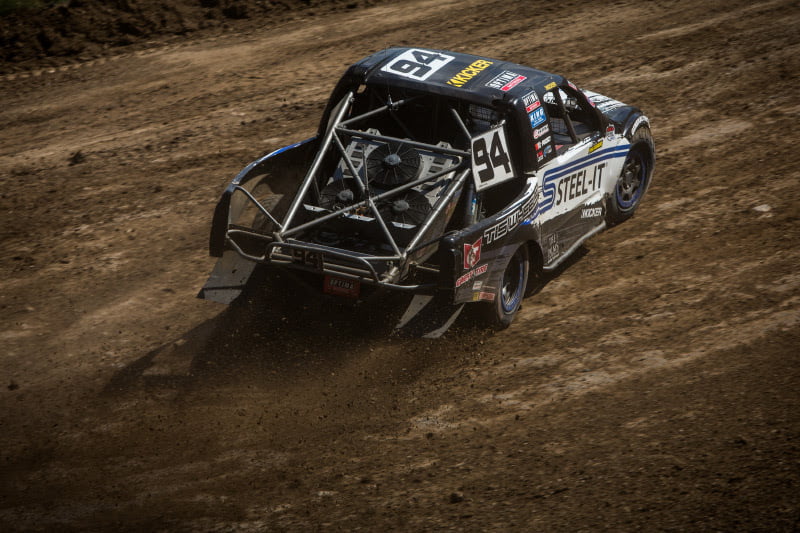 Saturday’s Round 6 Pro Lite race was the second to last feature of the night. A big crowd was packed into the grandstands and spilling out around the Wild West Motorsports Park elevated viewing areas. The racing was intense, and the action was thrilling for all in attendance. Polvoorde had moved up into 2nd place and was challenging for the lead when lady luck pulled a wild card. Christopher explained, “Right off the start, I had jumped up into 2nd, and for the next five laps was hunting down the leader. At the mandatory caution during the restart, I was hit in the side by another competitor, causing me to roll upside down and stuck on my lid. The safety team got there quick and got me back on my wheels, but after the crash, I had major issues with the brakes. I was slowly working back up to the front of the pack, but unfortunately, after some contact with another driver, I was sent to the back of the pack.” 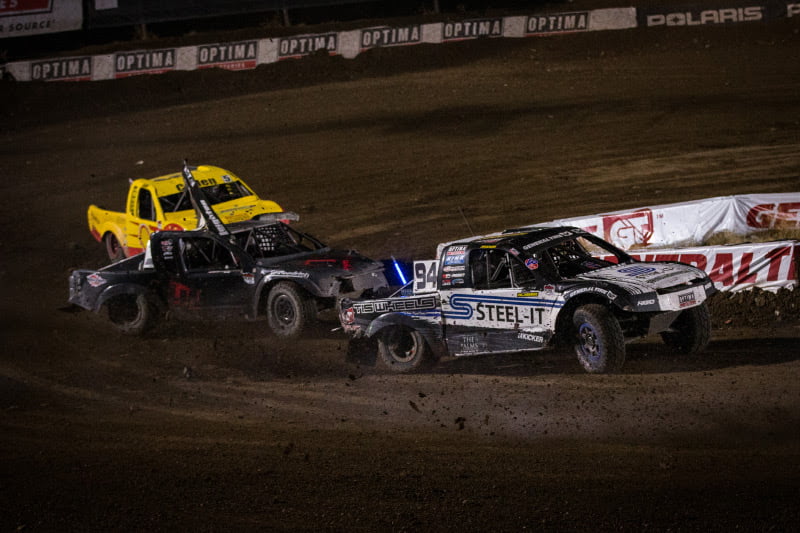 Christopher went on, “We had some tough luck all weekend. I was running in the top 3 for both days until some unfortunate luck. I learned a lot and will take what I learned to work our way back to the top. Huge shout out to everyone who supports me.” 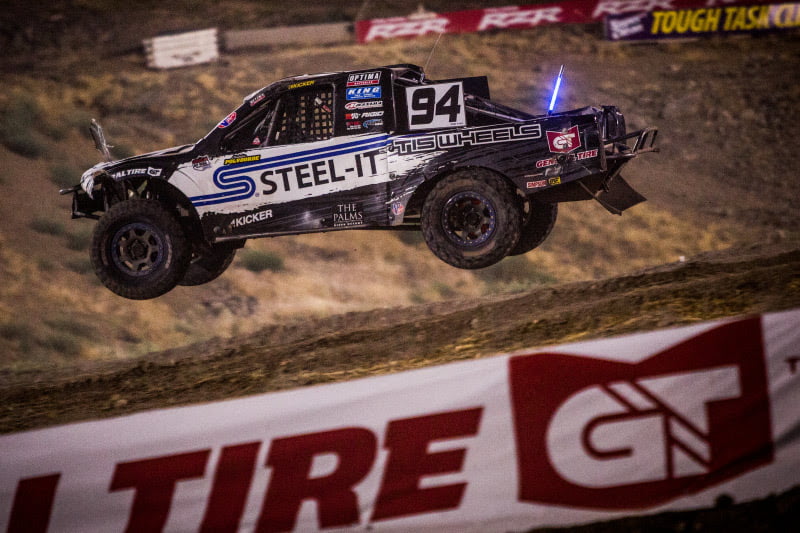 Next, on the schedule, Polvoorde will attempt to continue his Lucas Oil Midwest Short Course League race winning streak during Round 5 & 6 at Bark River International Raceway August 10th-11th.
Photography By: Bink Designs

About Christopher Polvoorde & CP Racing Team
Christopher Polvoorde was born on July 28th, 2000 and raised in the Racing mecca of Southern, CA. From a young age, Christopher had an adventurous spirit and a passion for the outdoors and racing. That passion leads Christopher’s life to this day where you can find him chasing sunsets year around on the hills of Mammoth Mt or the waters of the Colorado River. It helps being surrounded by a team of experts including Christopher’s father Chip Polvoorde, who handles anything and everything, Crew Chief Jimmy Davidson who provides the fastest truck on the course, week in and week out, as well as driving coach and spotter Cory Kruseman, who works with Christopher on his race craft. With Christopher’s natural speed and a team like this, expectations are high.The CP94 team returned to racing in the Lucas Oil Off Road Racing Series and will be adding the Lucas Oil Midwest Short Course League for 2019 with the goal of lifting the Championship Trophy at the end. With all that Christopher has going on it is hard to imagine but he is also a full-time freshman College student at The University of San Diego on an academic scholarship after finishing high school with a 4.5 GPA. The future is bright for Christopher who takes it all in stride focusing on working hard and enjoying the ride.
Visit // www.christopherpolvoorde.com