La Paz, BCS, November 21, 2017 – After 23:43:38 of intense racing through the Baja peninsula, full of adrenaline and obstacles, Vildosola Racing’s team 21L achieved the ultimate feat: to conquer the Baja 1000 in its 50th edition.

This was an extraordinary team effort: starting in Ensenada in the 20th position, Gustavo Vildósola behind the wheel started advancing positions and maintained a constant and efficient pace, allowing him to climb a several positions.

At race mile 312, Rodrigo Ampudia , the second driver of the team took over driving duties of TT21L and maintained a firm rhythm to defend their position as leaders of their class. Then at race mile 540 it was third driver, Mike Coleman’s turn to drive the Vildosola Racing Trophy Truck. Mike spent his night fighting through hours of extreme fog from San Juanico to Loreto and was successful at keeping the truck in it’s good position.

The trophy truck’s race day would end with the team’s fourth and final driver: Stronghold Motorsports’ Scott Bailey who started his driving duties at race mile 835 and all the way to the checkered flag in La Paz being the first Trophy Truck Legend to finish after a grueling 23 hrs 43 min of racing.

Victor Valenzuela and Adam Shreve who are also Vildosola Racing’s vehicle’s mechanics performed their vehicle prep and co-driving tasks with Gustavo and Rodrigo in an excellent manner.

With impeccable logistics prepared by team manager Steve Lewis, and an excellent preparation of the trophy truck by the Vildosola Racing shop- led by Javi Valenzuela, Team 21L was crowned champions of the 50th edition of the SCORE International Baja 1000. Huge congratulations to the entire team on being the first TT Legends to win a Baja 1000. 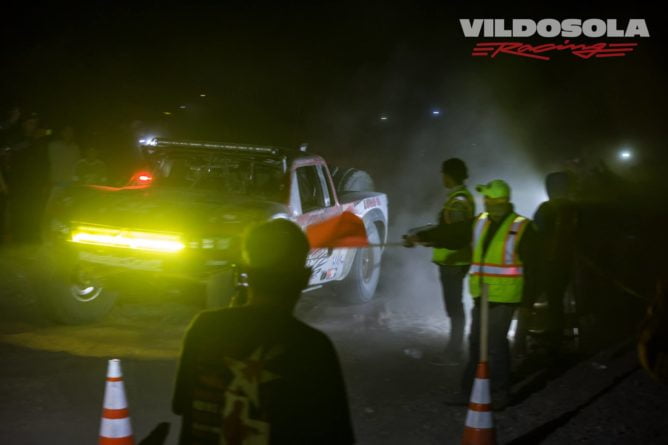 For this 50th edition of the Baja 1000, another second-generation racer, Andy McMillin joined forces with Tavo to pilot the #31 McMillin trophy truck.

Despite leading for over half the race, Tavo Vildósola and Andy Mcmillin had to abandon the race in race mile 554 due to Engine failure. 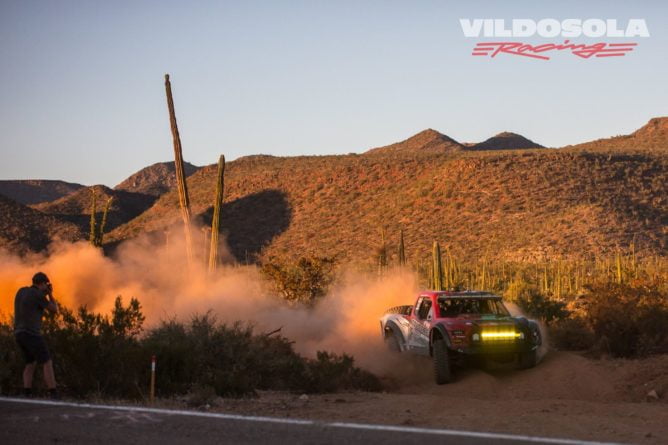 After starting in 3rd position, Andy McMillin set the pace during the first half of the Baja 1000.   Starting in Ensenada, he positioned himself as the leader during the beginning of the race, handing over the TT31 to Tavo Vildósola in the overall lead at race mile 540.  However, a loss of engine oil pressure would force the duo to abandon the race after 554 miles.

Tavo and Andy, who are two of the most renowned drivers in off road racing, were among the favorites to win the Baja 1000, however, mechanical issues interfered with their hard preparation and dedication, changing the outcome of their race day.

The two drivers said it best on their social media: This is Baja, and this time SHE won.