Competitors have reached the halfway point of the 2022 Dakar Rally as they head into the rest day. Stage 7 will start January 9th and run from Riyadh to Al Dawadimi with a 186 mile liaison and 250 mile special.

Sam Sunderland leads the bike category as American riders trail behind with Klein in 10th, Short in 11th and Brabec in 15th. Unfortunately Skyler Howes exited the rally after a crash in stage 5.

In SSV, Austin Jones is only 6:56 behind the leader R. Luppi De Olivera.  In cars Nasser Al-Attiyah continues his lead with a 48:54 gap over second place, Al Rajhi in the #205 Toyota.

Seth Quintero won his 6th stage and is looking to make history by having the most stage wins at a Dakar Rally.  The previous record is 9 stage wins but that was in a 17 stage rally. Dakar organizers told Seth that they are using a percentage to consider the record. So that means Seth only needs one more stage win to take the lead.

After leading the quad category, Pablo Copetti was bumped to second place overall. Unfortunately the bike and quad stage was stopped at 101km because of the cars, trucks and rain making the rest of the stage impassable. Pablo’s time at the cutoff point put him 17 minutes back taking away the 12 minute lead he gained the last 5 days.

Below are the top 5 rankings after stage 6. Click here to check out RDC’s daily threads for each stage with discussions, photos, videos and updates during the rally. 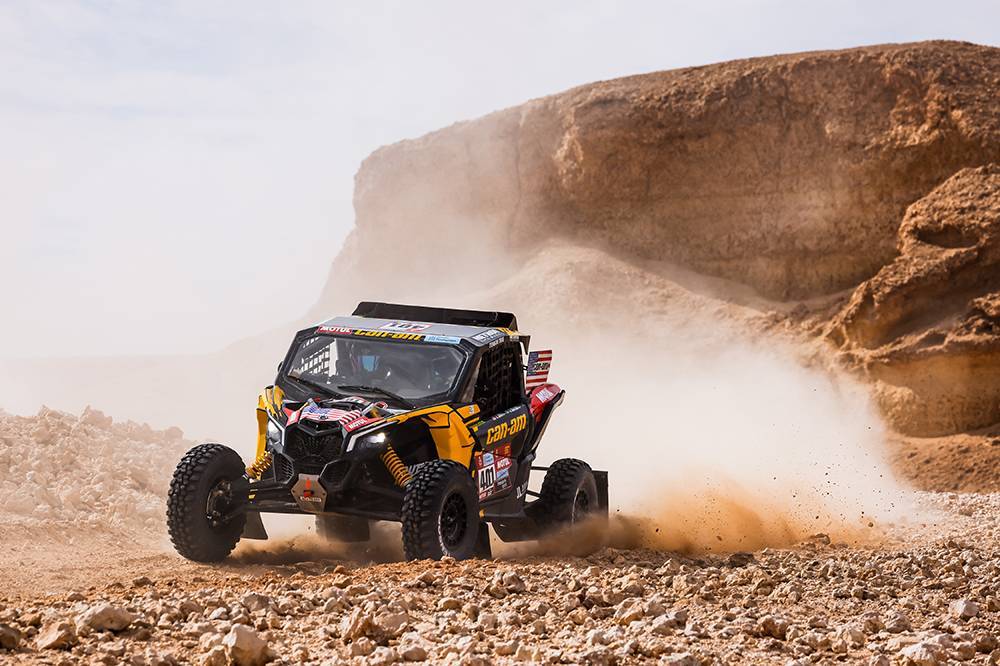 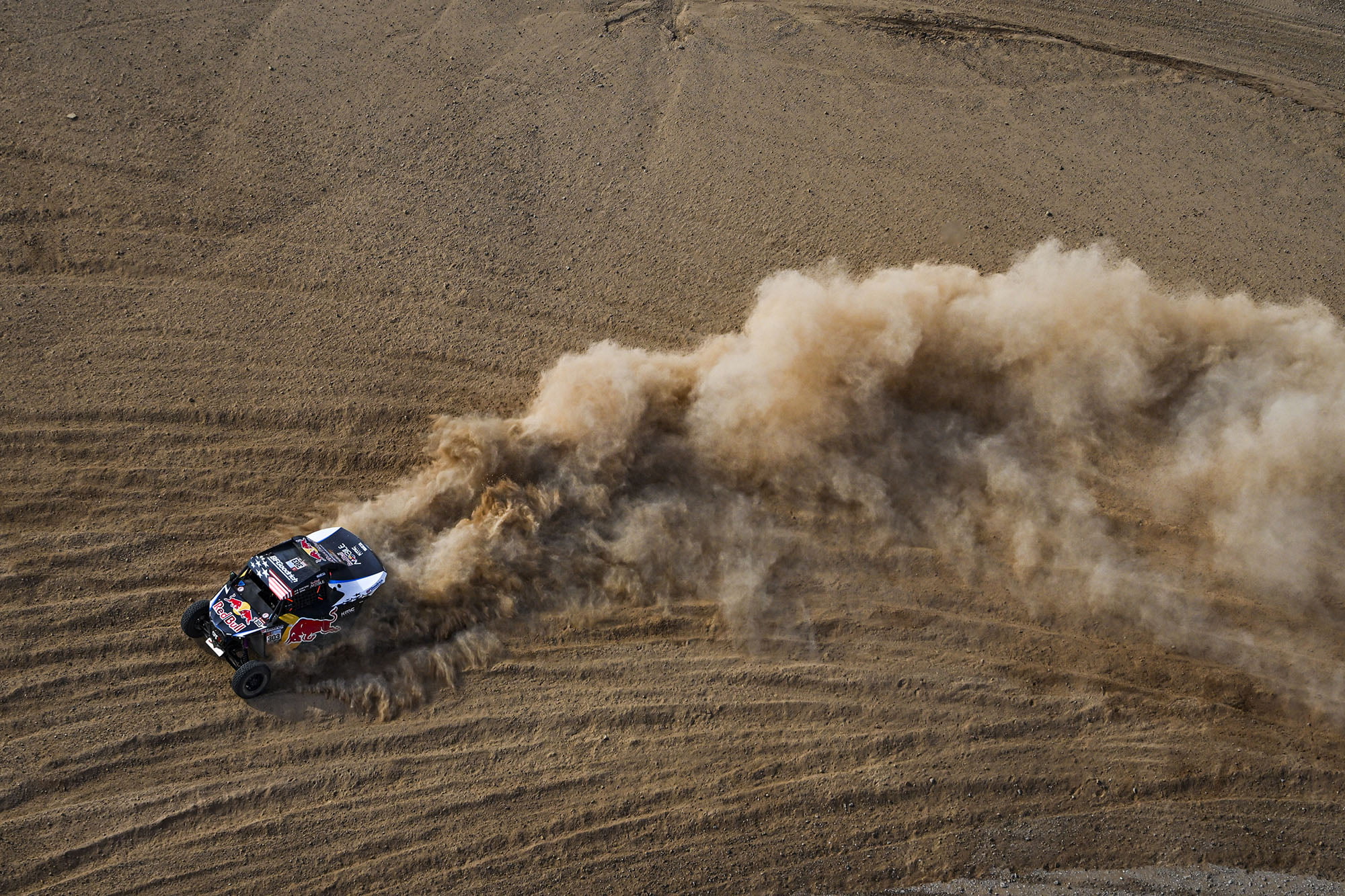 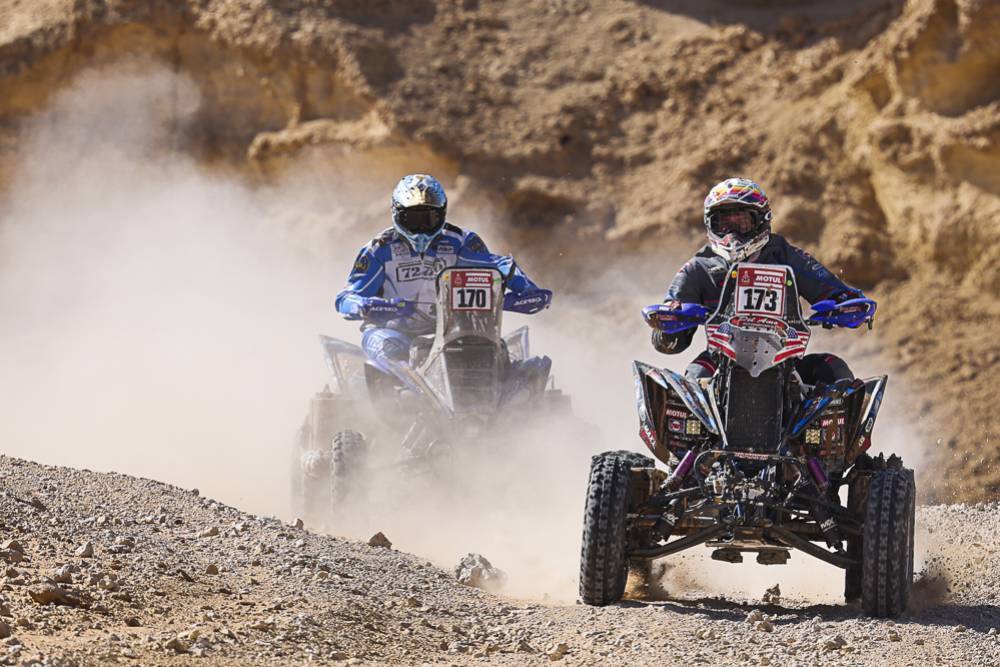 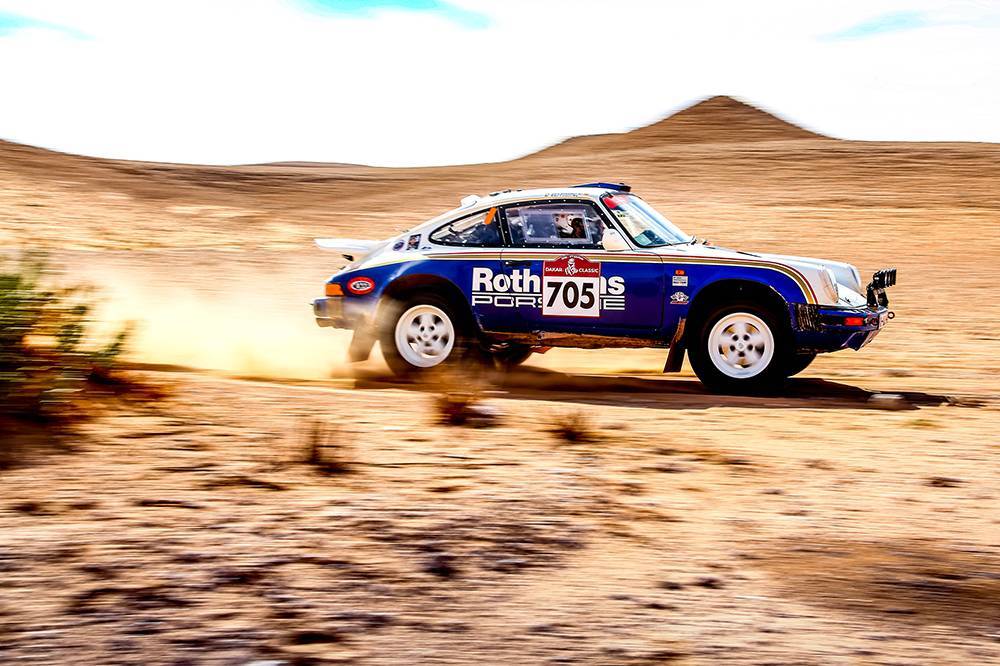 Photos by ASO and Red Bull.