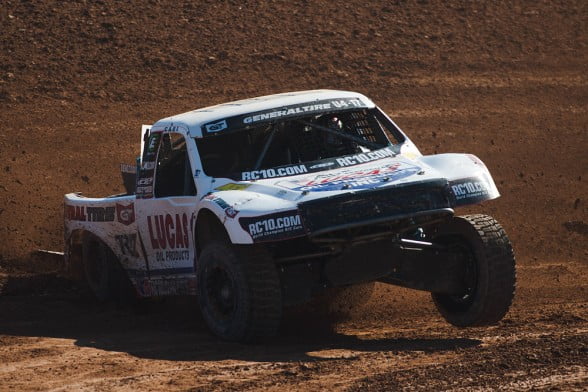 CHANDLER, AZ (December 12, 2011) – It’s only fitting that the guy who drives with the heart of a champion is not only the winningest driver in the short-course, off-road world, but now has the most national titles of any short-course driver in the history of the sport.  The 2011 Lucas Oil Off-Road Racing season hosted Carl Renezeder’s phenomenal run to his eighth championship, where he finished on the podium 14 out of 15 races, with three wins, nine seconds, two thirds and one fourth.

“I’d have to go back and look at the stats, but in all my years of doing this, I don’t think we’ve ever has such consistent finishes in one class,” explained Renezeder.  “We’re incredibly proud of all the podium finishes, but even more so with the fact that we had no DNFs in Pro-4 – that’s a huge accomplishment.”

But even all those stats and the garland of champions’ roses around his neck couldn’t lift the spirits of Renezeder and his team when an amazing second-place finish in his Pro-2 truck in the Lucas Oil Challenge Cup was taken away by the officials.  Renezeder, having had a lot of success in his history of Cup races, decided to take a chance in Sunday’s race by choosing his Pro-2 over the quicker lap-times of his Pro-4.

“We had a mechanical failure in the Pro-2 on Saturday early in the race, and I never got a chance to run it hard,” explained Renezeder.  “I just felt like the truck had something left to prove this season.”

He was right.  The truck was flawless throughout the race, giving Renezeder the opportunity to drive his race and cross the finish line in second place after some epic on-track battles.  From a fourth row start, he led the race at one time, held off some hard-charging Pro-4s, worked his way back forward after being spun out mid-race, and then made a phenomenal save on the last lap when he was part of a three-truck collision to come across the line in second.  The collision was reviewed by officials for several minutes while the drivers found their way to victory lane, then the finishing order was announced and television interviews were conducted, with Renezeder being congratulated by CBS, Versus, SPEED and MavTV for his second-place finish.  But before they paraded the drivers up onto the podium, the officials announced a change to the finishing order, black-flagging Renezeder, thus moving him back to a ninth-place finish. 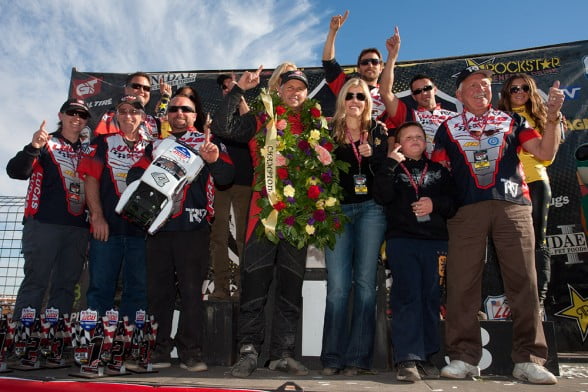 “I honestly don’t understand it,” commented a dejected Renezeder.  “I feel bad for the team – we didn’t deserve to have that taken away from us.”

It’s a tough way to finish out a great season and a great race.  But no one can take away how amazing the truck worked on Sunday and how well Renezeder drove it.  He always drives with calculating skill and finesse, but more importantly, he drives with an overwhelming will to win and the heart to back it up.  He is simply a champion. 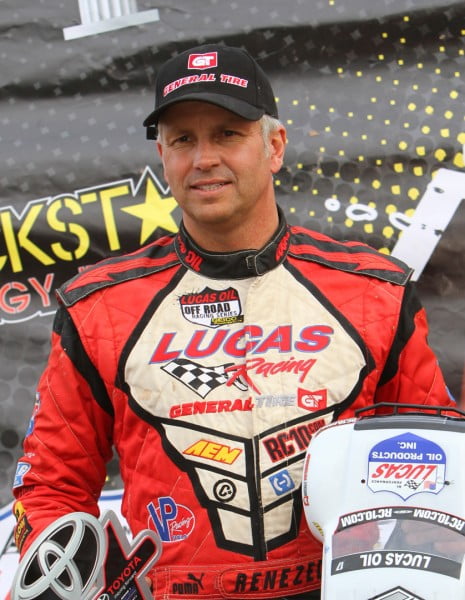 F
RDC
Hmm is anyone else experiencing problems with the pictures on this blog loading?
I'm trying to determine if its a problem on my end or if it's the blog.
Any feed-back would be greatly appreciated.