GEOGRAPHY AND GEOMETRY
The Dakar has a burning passion for geography. Like all great travellers, its participants pore over maps and explore regions, countries and continents. The riders, drivers and crews who join our adventure are driven by the same thirst for discovery and determined to know all there is to know about the types of terrain, the nuances of landscapes and the impact of climate on the soil. The focus on the desert and dunes of this year’s 100% Peruvian rally also pushed competitors to brush up on their geometrical knowledge. Success on this cocktail of sand hinged on their ability to read, see and get a feel for the infinite variety of challenges in their path. It all comes down to calculating the right trajectory and choosing the right speed for the gradient of the dune and the length of the jump. The men and women who made it to the finish of the 41st edition in Lima are accomplished athletes and die-hard adventurers who put their skills to good use. In the Dakar as in life, the best experiences are often found where different fields come together.
ALL THE RESULTS > 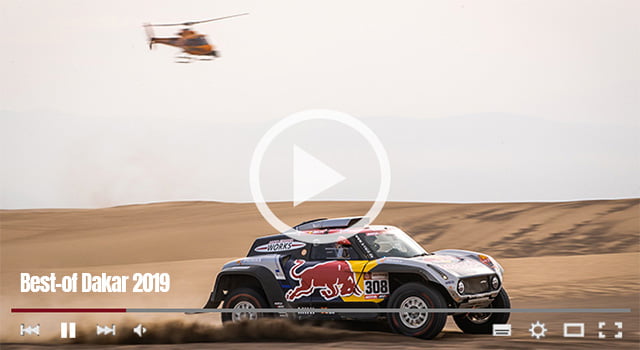 BRAVO TO THE DAKAR HEROES !
Beyond the winners, 179 riders, drivers and crews (75 bikes with 16 Original by Motul, 15 quads, 76 cars, 20 SxS and 13 trucks)reached Lima to enjoy a podium ceremony at the end of the day on Magdalena beach, where it all started. 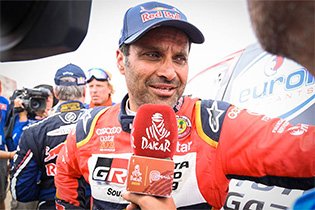 NASSER AL-ATTIYAH
CAR
Unsurprisingly, in light of the lead he had going into the last stage, Nasser Al-Attiyah won his third Dakar in Pisco.
HIS REACTION > 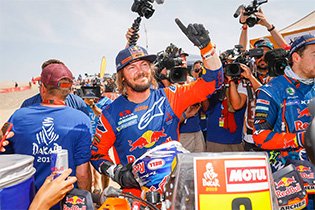 TOBY PRICE
MOTO
Three years after becoming the first Australian winner of the Dakar, Toby Price has triumphed again, fighting against the increasing pain caused by a scaphoid injury that was not quite healed before the start of the rally.
HIS REACTION >

NICOLAS CAVIGLIASSO
QUAD
Despite a lead of almost two hours over his countryman Jeremías González Ferioli, the argentinean completed the rally at full throttle to pick up a ninth victory.
HIS REACTION >

EDUARD NIKOLAEV
TRUCK
The Russian driver won his fourth Dakar in Lima following on from his titles obtained in 2013, 2017 and 2018.
HIS REACTION >

FRANCISCO LOPEZ CONTARDO
SXS
The Chilean, who has undergone a reconversion behind the wheel of an SxS, was triumphant on his very appearance in the category on the Dakar…
HIS REACTION > 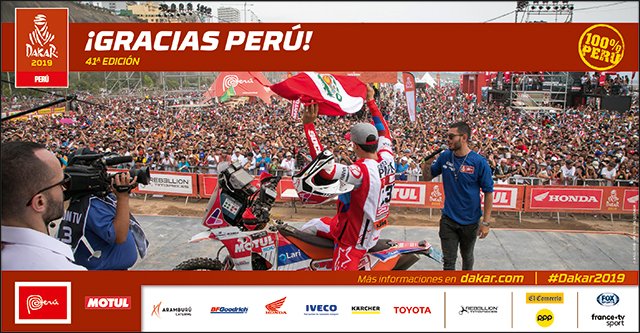 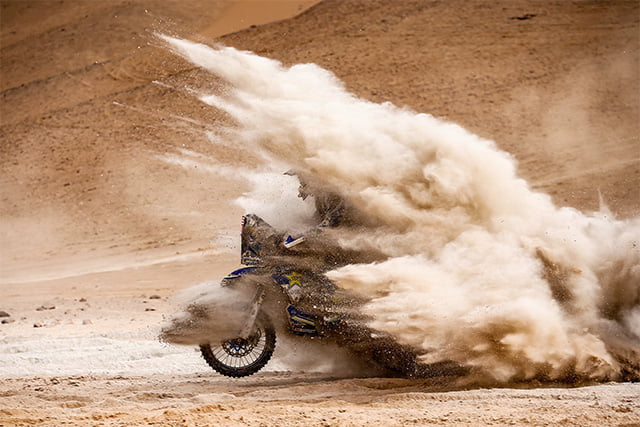 THE WINNERS ARE MIKA PISANO & HE ZHITAO
Motul wishes to rewards the most beautiful stories, acts of ingenuity and fighting spirit. In short, the extraordinary everyday life of the Dakar Heroes! Be ingenious, be brotherly, be brave. Rediscover the stories of the most ingenious, brotherly and bravest pilots !
GET THE LATEST STORIES >

TOP MOMENTS BY REBELLION
Stunts, crossings and thrilling actions… For this edition of the Dakar, discover the most incredible moments of each stage, for all vehicle categories together, with Rebellion, the Dakar 2019’s official timekeeper.
MORE INFORMATION >

DAKAR ON PC AND CONSOLE
Are you dreaming of controlling your favourite pilots without leaving home ? With the official Dakar video game, get ready to challenge these sand dunes and aim at the fastest time to win the Dakar!
MORE INFORMATION >

RACE WITH BFGOODRICH®
Team Up with BFGoodrich®: with more than 45 years’ experience and 14 victories in the DAKAR RALLY, BFGoodrich® will challenge again for the title in 2019, as official tire supplier for the competition.
DISCOVER ALL BFGOODRICH® HERE >