Christopher Polvoorde recently won the Spec TT class and finished 11th overall at the SCORE San Felipe 250.   If you follow short course racing you most likely know exactly who he is and his accomplishments over the years.  Christopher has only been desert racing for 6 months and he’s already making a name for himself with wins at San Felipe and in the T2 class at King of the Hammers.  Read on as we talk with Christopher and learn more about his racing career. 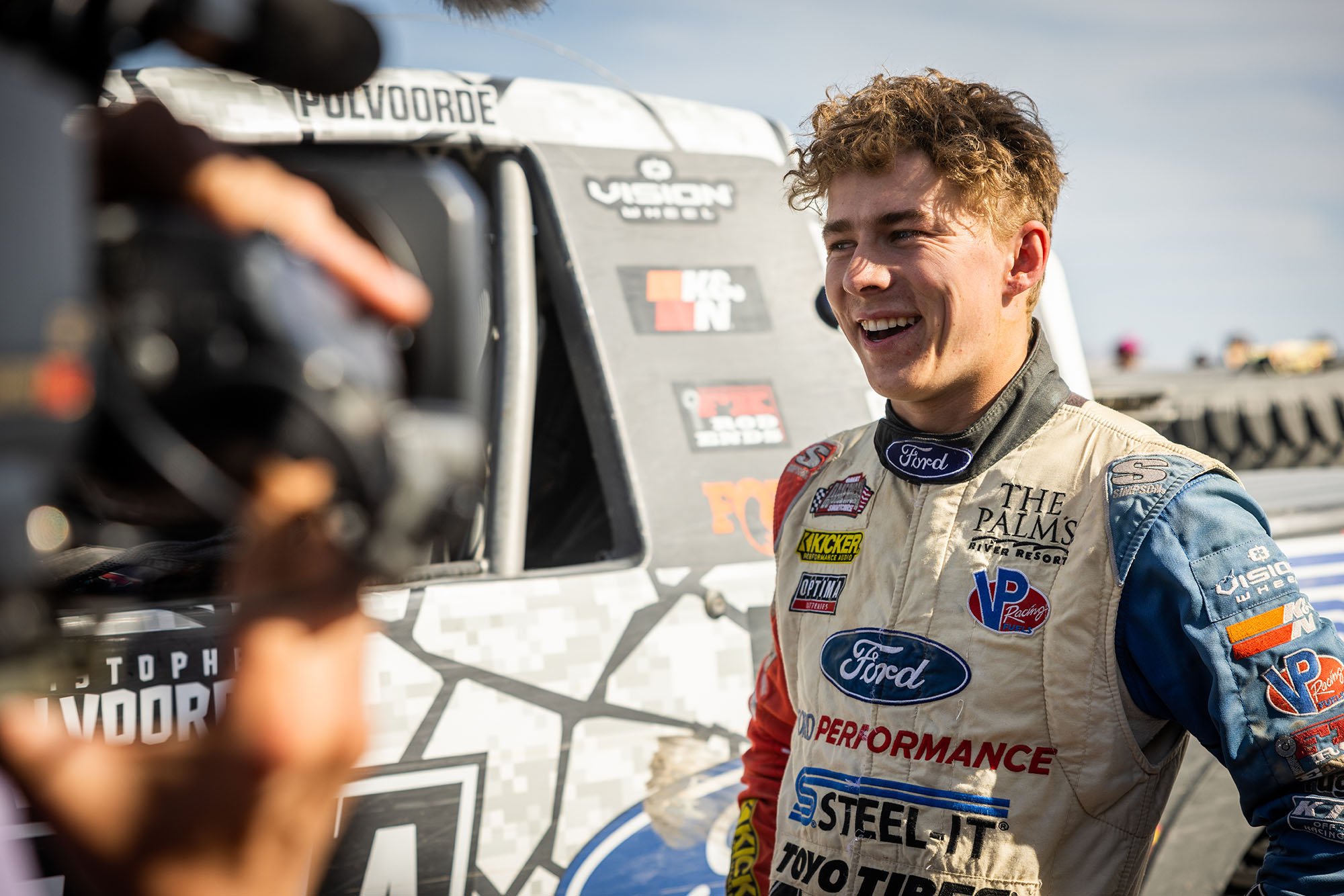 Give us a quick history of your racing career and what brought you into desert racing from short course.
I grew up in a family that has no racing background. When I was 10 years old, someone traded my Dad a JR1 Trophy Kart for space to rent. We started playing around with it in the backyard and hitting some local races. It then escalated into racing a full series. In the beginning, I was really bad. I pretty much got last in every race. I soon realized that losing was not very fun. We put our heads down and began training to make me a better driver, and the hard work paid off. I started winning some races and eventually moving up to Modified Trophy Karts and then Pro Lite. I love short-course racing, and it will always be where my roots are. Growing up racing off-road, racing in an event like the Baja 1000 was always a dream. I have been extremely fortunate to have great people surrounding me, and when I had the opportunity to venture into desert racing, it was something that I just couldn’t let slip by. So far, desert racing has been a serious learning experience, and I look forward to seeing where it takes me.

How was the experience of taking on the Baja 1000 last year for your first desert race?
It was quite the experience, to say the least. We did not realize what we were getting ourselves into when we signed up. A peninsula run is no joke, and it takes an army to get to the finish. Unfortunately, we did not finish where we were hoping due to a random mechanical failure. However, just finishing my first Baja 1000 was a huge accomplishment, and I am extremely proud of everyone who was part of it. Overall, it was a humbling experience, and I am very happy that we decided to dive in headfirst.

What has been the most challenging part of racing in the desert so far?
Racing in the desert has brought a lot of challenges, but I would say the biggest is the mental battle of not being able to go 110% the entire time. Growing up in short course, you had to be able to turn it up to 110% right out of the gate, and if you let your guard down, it was over. Now transitioning into the desert, where you have to decide when to pace and then when to charge hard, has been a challenge. I am really enjoying this part of the transition, though. It is making me step out of my comfort zone.

You bought a new Mason Spec TT last year. Was it an easy decision or did you consider other builders as well?
Buying a new truck was a tough decision. There are so many great builders in the industry at the moment, so it wasn’t a decision that was made overnight. We did our research, and after that, we felt the Mason would fit our needs the best. At the point of purchasing the truck, there were no completed Gen 2 Mason Spec trucks, so it was a bit of a gamble. Overall, we are extremely happy with the platform that Mason Motorsports has provided us with. They run a first-class shop and want to win just as badly as we do.

Are you still racing short course this season and have any goals for that in the future?
I decided to cut back on the number of short-course races I will be doing this year and focus more on my desert program. However, I will be racing both Spring and Fall Crandon. Short course is definitely in my roots, and I hope to continue racing it in the future. It has been a goal of mine for as long as I can remember to race a Pro 4. So that is still a thing I will keep pushing for.

Who are some racers you look up to, or are mentors?
I grew up looking up to Rob Mac. Rob is just one of those drivers who has won it all and does it in a humble way. I also really look up to Ken Block and what he has built. The way he has built so many successful brands around what he loves to do is really inspiring.

If you could co-drive with any driver in the world at any race who and where would it be?
Well, as a driver, I personally don’t wish to co-drive with anyone. I have some trust issues– hats off to all the co-drivers out there. However, if I had to pick one, it would be Colin McRae at Rally New Zealand. Something about the intensity of rally stages on sketchy roads just looks like it would be a good time. 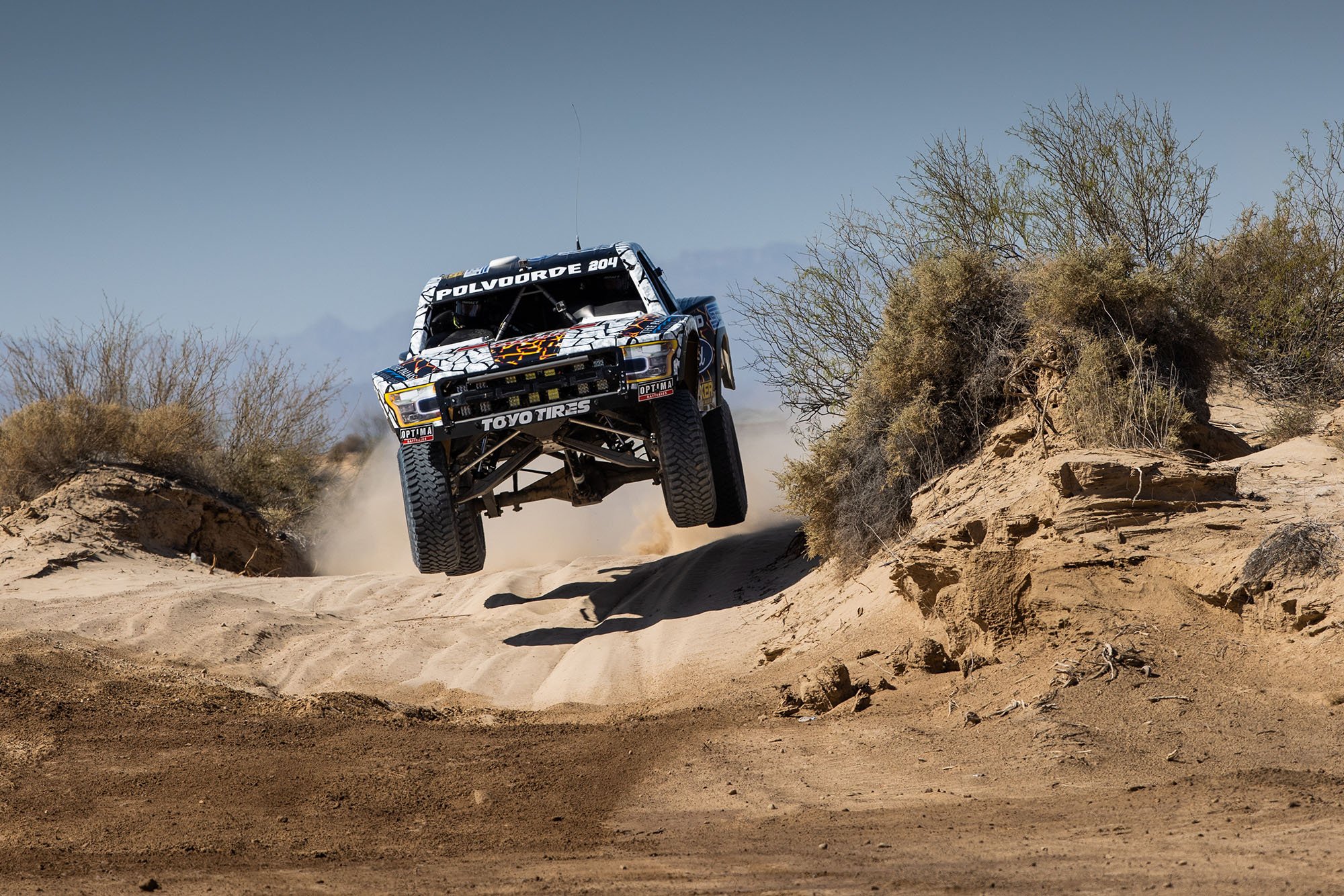 What is your most memorable moment during your racing career so far?
My most memorable moment was winning the Crandon World Championship in 2019. We had a perfect season, winning every race of the series and then topping it off with a World Championship. The funny part is that it’s one of those moments where it was such a sensory overload that it’s all kind of a blur. The stress leading up to that race was brutal, so just having that lifted off my shoulders in the winner’s circle was a huge relief. In addition, a huge group of my family was there, and it just made it a special moment. I get the chills just talking about it right now.

I read in the past that you were training and competing in cross-country mountain bike racing. Are you still racing or using it as cross-training for truck racing? Are there any other ways that you train for racing?
I no longer race mountain bikes, but I still ride regularly to stay in shape and keep my skills sharp. I think mountain biking has so many great crossovers that I am able to take with me in the truck. In addition to mountain biking, I also try to hit the gym six days a week. Most of my strength training is CrossFit-style functional fitness. 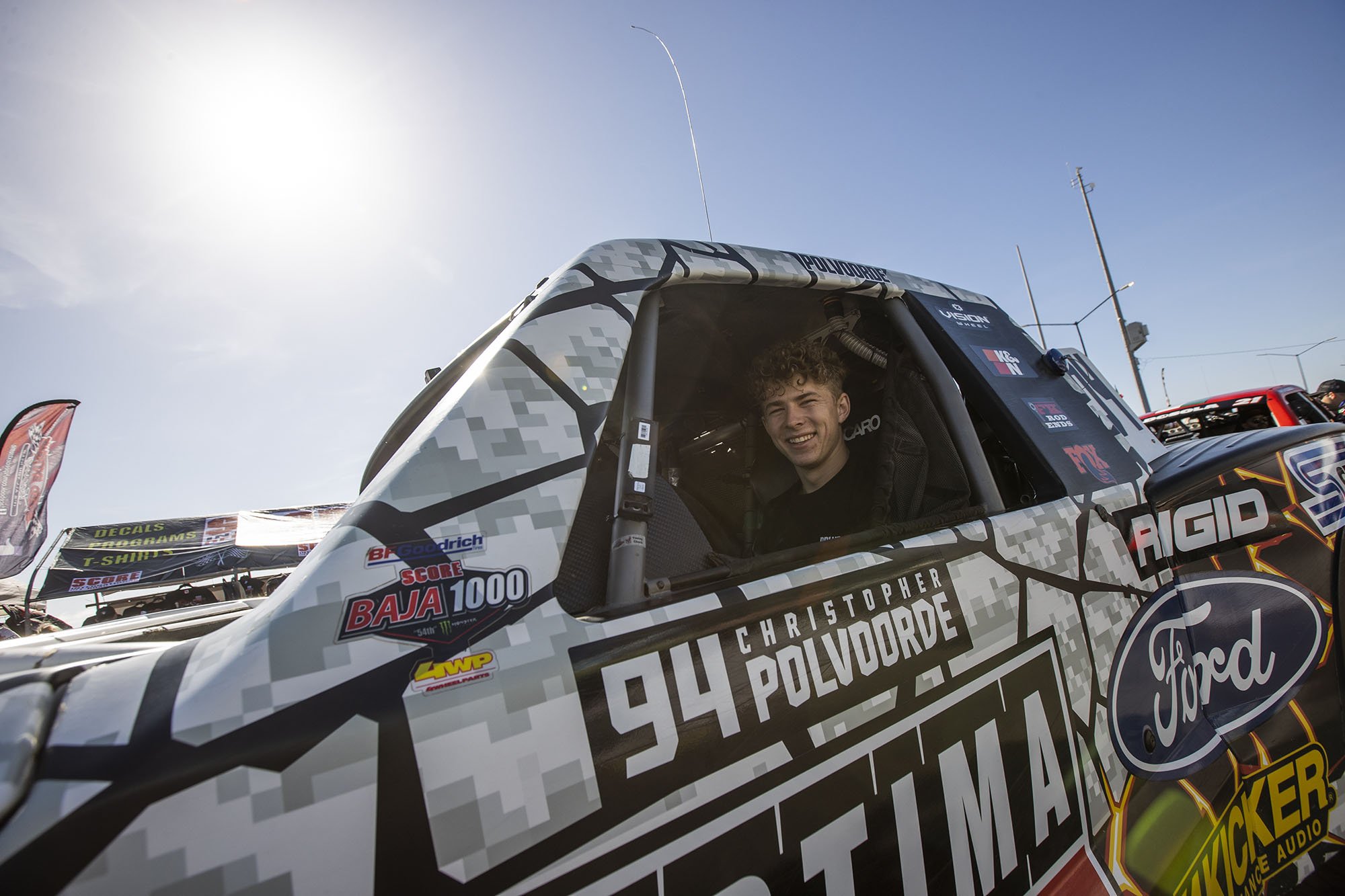 What do you like to do for fun when you aren’t racing?
I love spending time outdoors and trying to find my next adrenaline rush. I enjoy snowmobiling, skiing in the winter, and then playing on the river during the summers. Lately, I have been working hard at finishing my pilot’s license and someday hope to get my helicopter license.

If you could have one superpower what would it be?
I think the ability to fly. There would be something special about being up there, soaring above the mountains effortlessly.