AGUA DULCE, CALIF. – Putting on an event like the Yokohama NORRA Mexican 1000 presented by Method Race Wheels is a daunting task. It takes huge effort from NORRA staff, government officials all over Baja, Competitors, volunteers, and dedicated sponsors who share our passion. One of the countless unsung heroes is South Point Hotel, and Casino owner Michael Gaughan. Gaughan is the owner of the South Point Hotel/casino in Las Vegas, Nevada, and a NORRA competitor. Michael has been an important part of racing for decades. He won the Mint 400 in 1966 when it was still run on the brutally tough North course. He was a NASCAR team owner helping his son Brendan to launch his career. (Brendan won the Baja 1000 in 2019). Michael has tasted victory many times, and helped many other racers to realize their dreams along the way. 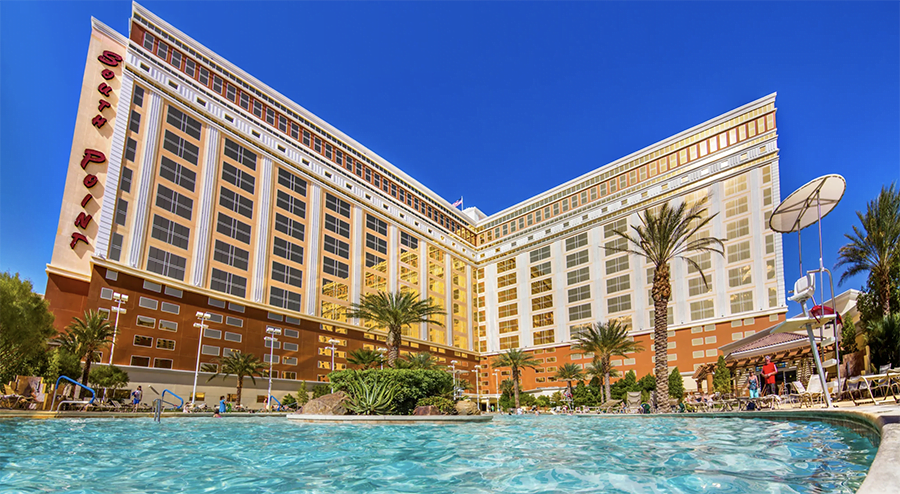 A legend in Las Vegas, Michael has been a huge success in the gaming industry. He grew up watching his father run casinos, and worked in casinos for years before setting off on his own. He was inducted into the Gaming Hall of Fame in 2009, just like his Father Jackie was before him. He built several resorts along the way including the Gold Coast and The Orleans. In 2004, Gaughan and his partners sold Coast Casinos to Boyd Gaming. He stayed on to work for Boyd helping to run the casinos. Then in 2006 he left Boyd Gaming, and traded his shares in the company for their South Coast property which was renamed the South Point as part of the deal.

Since acquiring the South Point property, Gaughan has transformed it to his liking, and built a sprawling resort that includes restaurants, a spa, and an event center with a championship bowling alley and an equestrian center. No corporate conglomerate would ever put an equestrian center on valuable Las Vegas real estate, but Michael Gaughan did, and it’s been a huge success. They hold many events there that allow people to compete, and many others to have fun spectating. His resort is responsible for putting a lot of smiles on people’s faces so it’s only natural that Michael Gaughan would be a big supporter of NORRA, “The Happiest Race On Earth!”. At the root of Michael Gaughan’s success is the fact that he is a genuinely nice guy who everyone loves. Many of his employees have been with him for decades. At NORRA we appreciate his support, and we value his friendship. NORRA is a success thanks to Michael Gaughan, and the countless others who honor the past, while forging the future. For all the latest information on the NORRA series go to www.norra.com NORRA has a class for everyone; join in on the fun! Michael began his off-road life in a Class 2 buggy,  racing from 1969 until he stopped competing in 1991.

Michael’s greatest contribution to the industry is his patronage and advocacy. He sponsored many race teams, including Walker Evans Racing, Butch and Pat Dean Racing, Brian Collins Racing, John Gaughan Racing, and Evan Evans Racing.  Michael’s son Brendan is a successful NASCAR driver, with more than 140 top ten finishes and ten wins, in the Xfinity and Truck Series.

Over many years, Gaughan has supported numerous award banquets, and held tech inspections and contingency sponsor displays at his hotel properties, among many other supportive ventures. It has always been important to Michael to raise the level of respect for the off-road community. Michael hosts the Off-Road Motorsports Hall of Fame Induction Ceremony at his South Point Hotel Casino and Spa in Las Vegas.