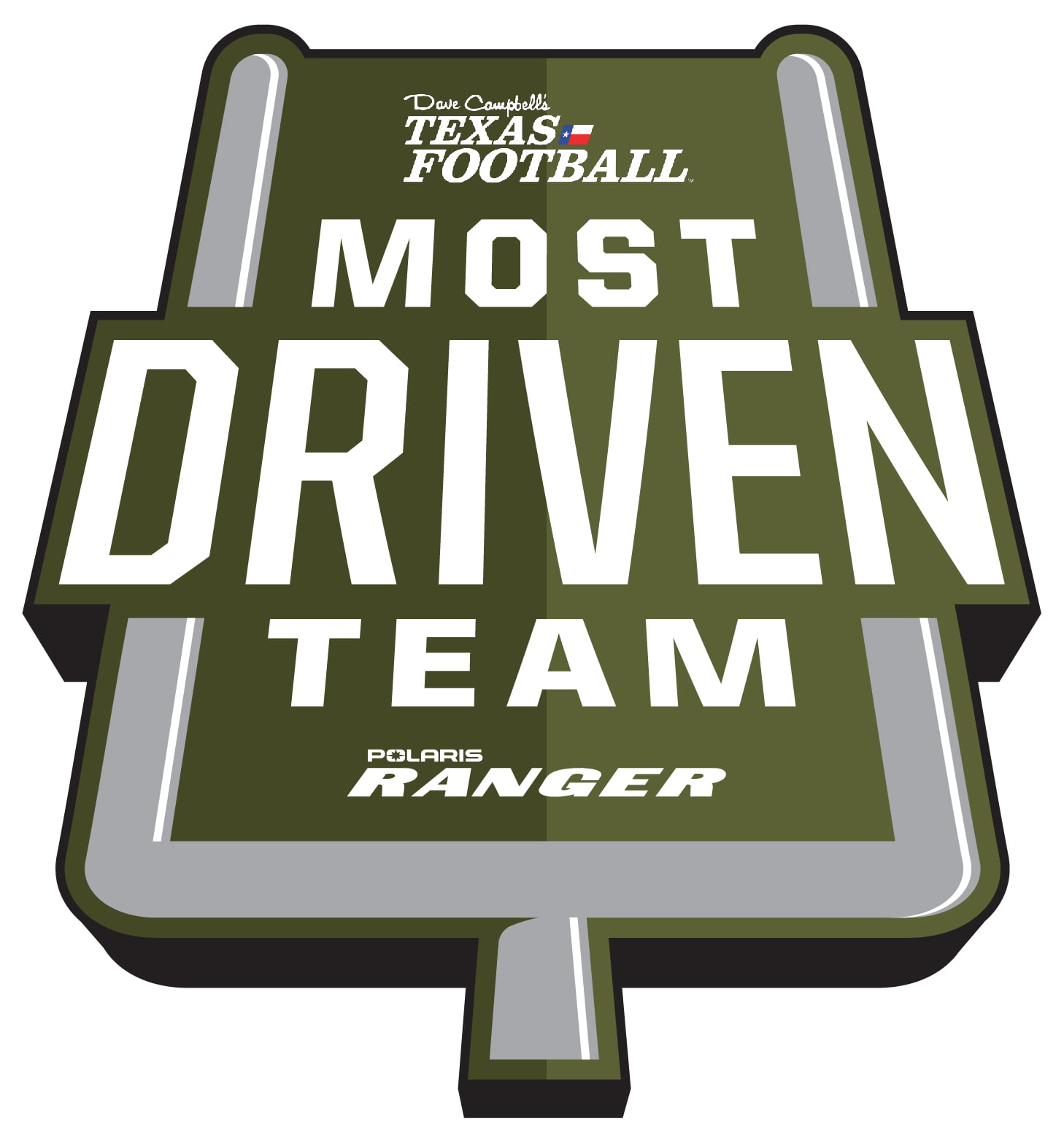 More than 80,000 Votes Were Cast to Establish Aledo As Texas’ Most Driven Team

The five finalists included Fort Bend Marshall, San Antonio Reagan, Northside O’Connor High School, Longview High School and Aledo High School. After a month and thousands of votes, Aledo High School was voted the Most Driven Team and will be recognized at the University Interscholastic League Football State Championships on December 21 at AT&T Stadium in Arlington, TX. There they will be presented with the grand prize, an all-new 2020 RANGER XP 1000 Texas Edition.

“Each of the finalists exemplified what it means to be the ‘most driven’ and were worthy of recognition,” said Josh Hermes, RANGER marketing director. “Texas high school football has an extremely passionate fans and we are honored to support that passion and award Aledo the title of Polaris’ Most Driven Team.”

The Aledo Bearcats have experienced success unlike any other football program in the state over the last decade. That success is the culmination of hard work from coaches, players and continued support from the surrounding community. The Bearcats have claimed a record-tying eight state titles since its beginning in 1998 which included a 3A division crown before marching into the 4A division (three titles) and finally dominating the 5A division (two more titles, including last year’s UIL trophy). Their incredible performance over the years is a testament to legendary Head Football Coach Tim Buchanan’s commitment to his team. Buchanan holds an amazing 227-53-3 record and led the Bearcats to five of their eight titles. He built the team and its reputation  for excellence and is now driven to take his team to the state championships.

“These boys deserve the recognition of being the most driven team, and the constant drive they demonstrate on the field is incomparable.” said Buchanan. “It’s been an honor to be their coach this season, and I can say firsthand that they are working day in and day out to defend our current championship title.”

Professional football player and Texas native, Cole Beasley, knows what it takes to go the extra mile on the field and has partnered with Polaris for the Most Driven Team campaign. “Coming from a small town football program, I understand how much time and sweat goes into each game even at the high school level,” said Beasley. “All said and done, Aledo won the title of the Most Driven Team, and I’m impressed with their continued drive to dominate this season.”

RANGER is the hardest working utility side-by-side, known for meeting the demands of consumers who tackle some of the toughest jobs and love the outdoors. The newly launched 2020 RANGER XP 1000 Texas Edition offers consumers in the Lone Star State even bigger and better features on America’s best utility side-by-side.

For nearly 60 years, Dave Campbell’s Texas Football has been “the bible” to millions of football fans across the Lone Star State. The annual summer edition of the magazine remains a rite of passage for all Texans, previewing every football team in the state — from the rabid world of Texas high school football, through the college ranks, and into the Dallas Cowboys and the Houston Texans. Over the course of six decades, Dave Campbell’s Texas Football remains the undisputed leader in Texas high school football, Texas college football and more. TexasFootball.com is the online home of Dave Campbell’s Texas Football, covering high school football, college football and recruiting all across the Lone Star State. From thought-provoking commentary to videos to podcasts to its daily live show, nobody covers football in Texas like TexasFootball.com.

The University Interscholastic League was created by The University of Texas at Austin to provide leadership and guidance to public school debate and athletic teachers. Since 1910 the UIL has grown into the largest inter-school organization of its kind in the world. The UIL continues to operate as part of the University of Texas, under the auspices of the Vice President for Diversity & Community 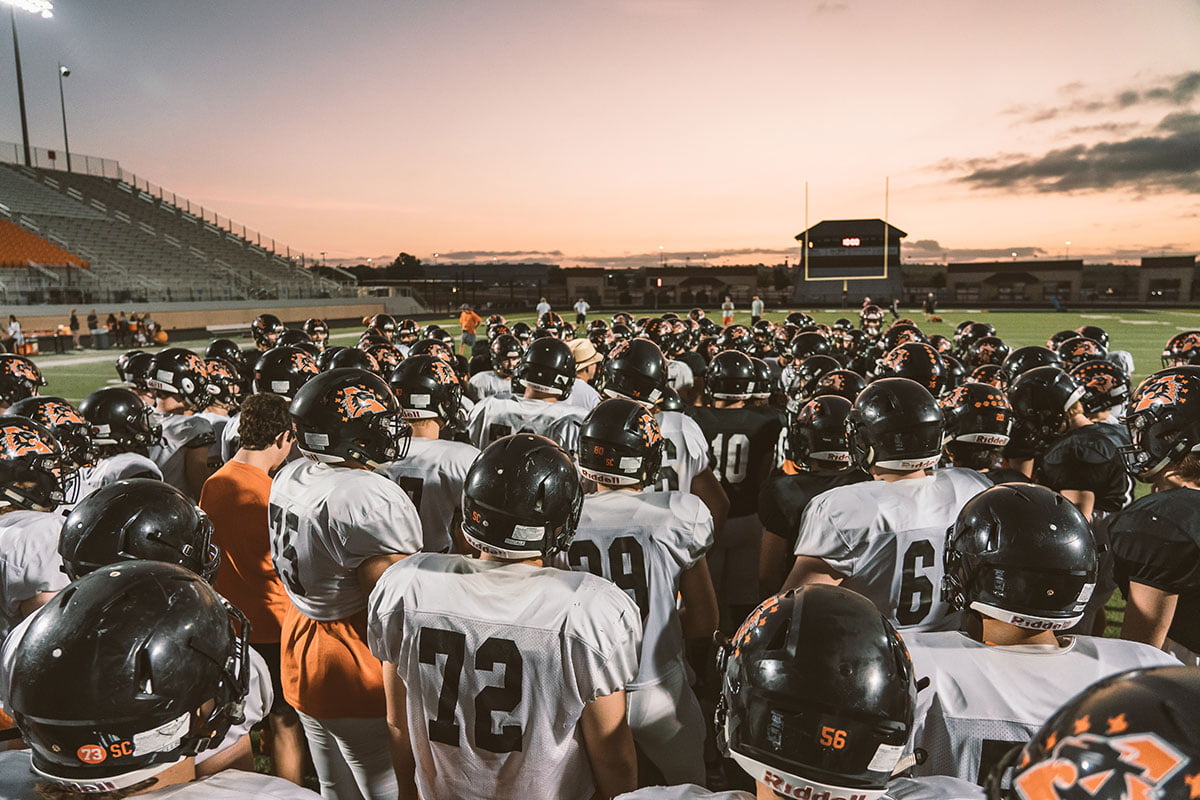