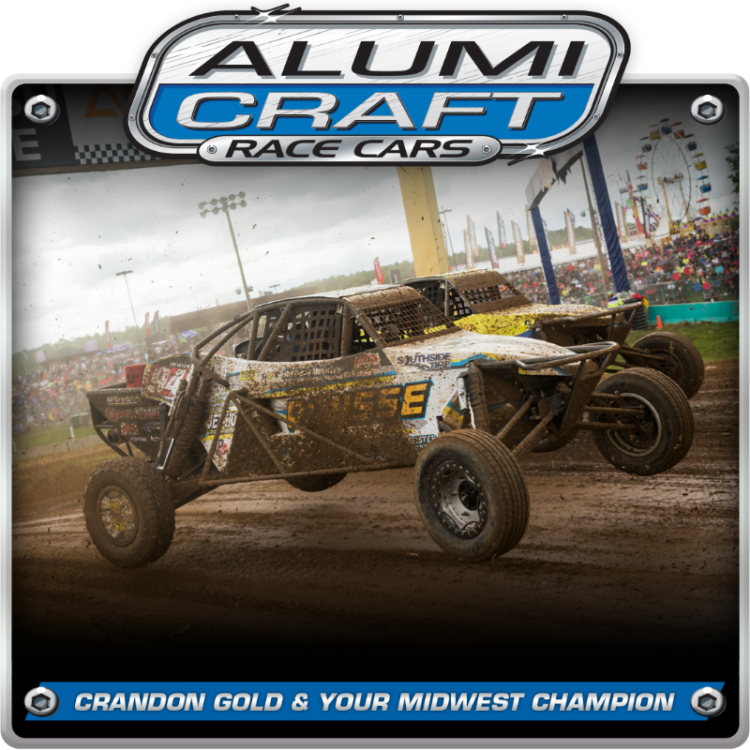 The 50th Annual Crandon World Championship at Crandon International Raceway, as expected, was a huge event that will be recorded as one of the biggest in short course off-road racing history. As usual, Alumi Craft Racers were there to rack up the accolades. The first Super Buggy event featured an all Alumi Craft podium finish, Trey Gibbs scored back to back wins Friday & Saturday, Michael Meister captured the Lucas Oil Midwest Short Course League (LOMSCL) 2019 Super Buggy Championship; his third straight title, with runner up Michael Hester and Eliott Watson was crowned the Crandon 2019 STEEL-IT Pro Buggy World Champion finale on Sunday. 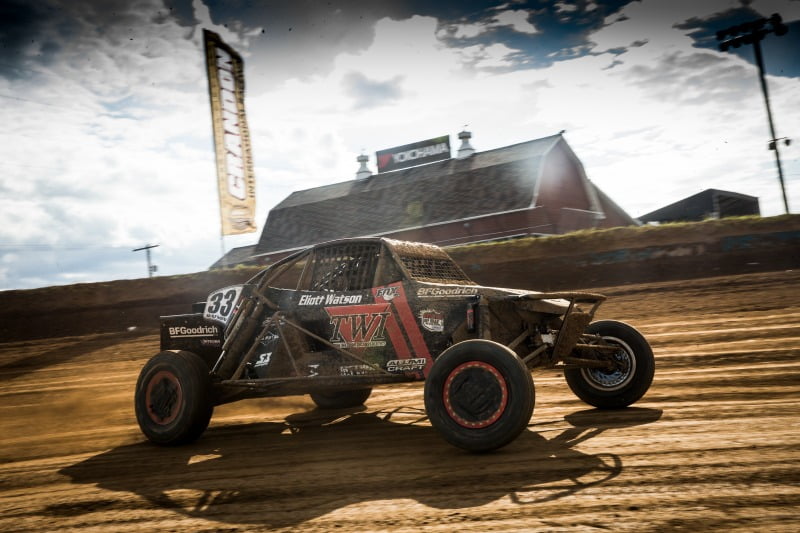 The Labor Day race weekend at Crandon always attracts the world’s most prolific off-road racers, but for the 50th they came out in droves for a chance to forever be memorialized as part of this historic event, including a strong field of 22 Super Buggies. The legendary fans filled up “The Big House” cramming in a crowd of nearly 75,000 strong. Crandon International Raceway truly lived up to the hype and even featured a Kid Rock concert to get it all fired up on Friday night. 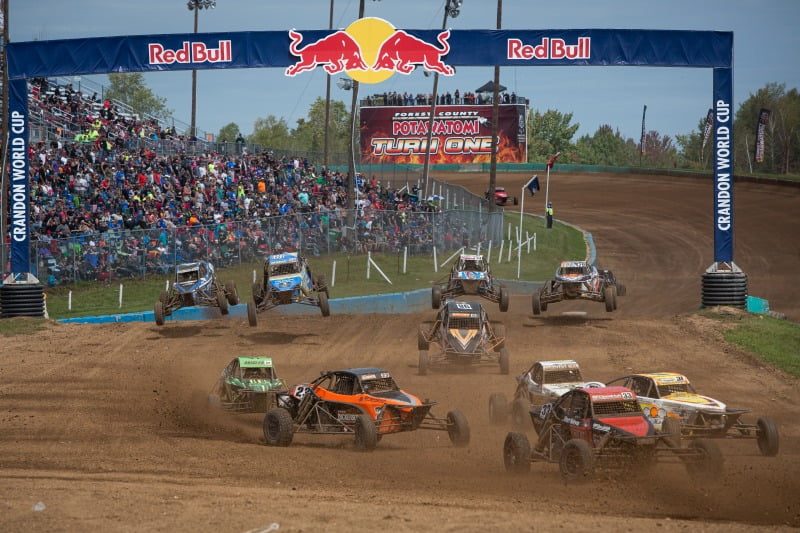 Everything started with the final rounds of the LOMSCL points racing. With over 20 buggies hitting the track, you can imagine what the famous Crandon Land Rush Start was like. Trey Gibbs took the Turn 1 sweeping holeshot and never looked back till he crossed the finish line. Maybe it was the perfect Alumi Craft race car, perhaps it was Gibbs, or it just could have been the brand new livery theme, but the #15 Super Buggy just looked awesome and hooked up to the checkers. Michael Meister, in the #94 Alumi Craft, started in the back of the field in 12th place and worked himself up to podium position on the seventh lap. With only one more chance around the course, Meister made the pass for 2nd place, on the last lap, which left Michael Hester in the #9 car for a 3rd place finish and an all Alumi Craft Super Buggy Podium. Gibbs commented, “Coming into the Crandon World Cup weekend I was feeling super confident with sweeping the four previous rounds at Crandon. My team and I went into the weekend with our heads high and knowing what we could do as we had our Alumi Craft dialed. Friday’s points race went flawless. Instead of a land rush start, we lined up side by side, and I was sitting in the 5th position. I knew what I had to do, and as soon as the green flag dropped, it was time to hunt. I was able to clear the field in front of me in two laps, and for the rest of the race, I had open-air. I was able to gap the field by several car lengths which is always a good feeling. My spotter just kept telling me to keep my eyes up and stay loose, and this race is ours. My Alumi Craft pro buggy was performing amazing and helped me bring home the win.” Meister was super pumped to gain the extra valuable points, as this had him well-positioned for another championship, “12th to 2nd place! I gained a couple of points as well! I am going for that ring and my 3rd championship! The Ponsse / Meister Logging LLC Alumi Craft Super Buggy was feeling the best it has all year long.”

Saturday’s Ponsse Super Buggy Race saw another stacked grid with 20 competitors starting the event. A super chaotic first couple of laps changed things around for the majority of the field, but Gibbs in the #15 Alumi Craft was untouchable. Trey cleared the field and went onto win his second race of the weekend. Meister & Hester were caught up in a mess and fell back while Alumi Craft racer Eliott Watson, from the Lucas Oil Off Road Racing Series (LOORRS), punched through and positioned himself for a 3rd place podium. Meister held on for a 4th place finish. Hester wound up in 7th and cleared the way for Meister’s third straight championship.

“BACK TO BACK TO BACK CHAMPIONS! I cannot even believe it,” declared Meister. “It feels amazing to get the results I worked so hard for. The 2019 season was up and down, but we managed to stay in the hunt for points to finish strong. The 50th anniversary weekend at Crandon was one for the record books, and it brought out some amazing drivers from the west coast. Brad Shearer kept me safe in the buggy this whole year, and he worked his butt off. We couldn’t do it without you bud! Katlynn Nelson has been amazing support the last three years, and I couldn’t have done this without you either. Many people have stuck in with me the last few years, and it shows how the support of great people and companies can come out on top.” 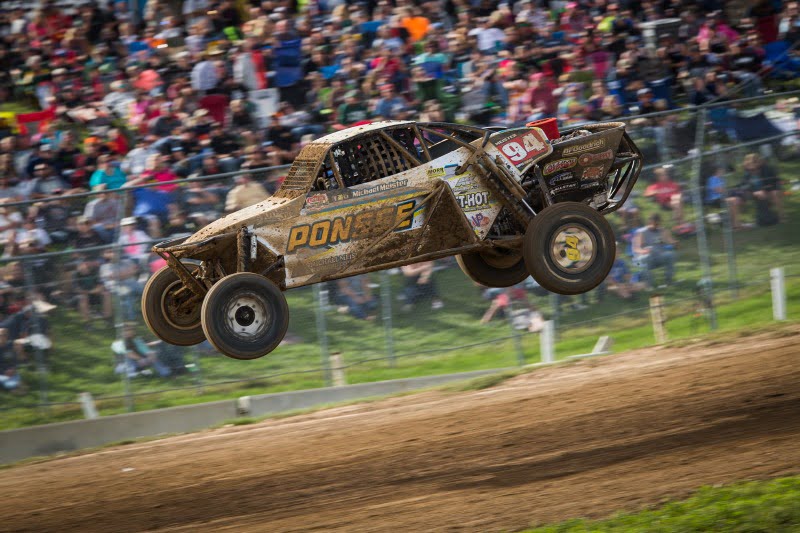 Gibbs stated, “Saturday’s race was a little different story. The start of the race was a land rush start, unlike the previous day. I was lined up 5th from the very inside and got a decent jump off the line which put me in third place going into turn one. I battled with Mike Hester also running an Alumi Craft pro buggy for about two laps then capitalized on a mistake he made, putting me into second place. There was an incident farther back in the field, causing us to go yellow, so the whole field was stacked back up, which worked in my favor allowing me to be right behind the leader. The green flag dropped on the restart, and it was go time again. I battled hard with the leader for about two laps and was able to set up a pass and take the lead over. From there on out I had clean open-air and was able to run my lines and check out. My Alumi Craft pro buggy ran like a dream all weekend and pumped to bring home two big wins. The final buggy race of the weekend featured the STEEL-IT Pro Buggy World Championship on Sunday. One of the fan favorites and year-long anticipation for the racers too. It is the one everyone wants, the big check, and the World Championship prestige.

Typically, the best racers with the best equipment are the ones who end up on top. Also, motivation and drive are essential factors. Eliott Watson felt like he could do better than the prior 3rd place podium and wanted the top of the box for the big race. Watson’s top finish in the last event established the #33 Alumi Craft in a premium starting position, and he took it to the bank. Watson made the pass for the lead on Lap 3 and kept it clean to the finish, capturing the win. “It feels so good to be the 2019 PRO BUGGY WORLD CHAMPION,” shared Eliott. “I came off the line in 3rd and made a crazy pass for 2nd. At the halfway caution, I was able to pick up another spot for the lead! I am so pumped!” 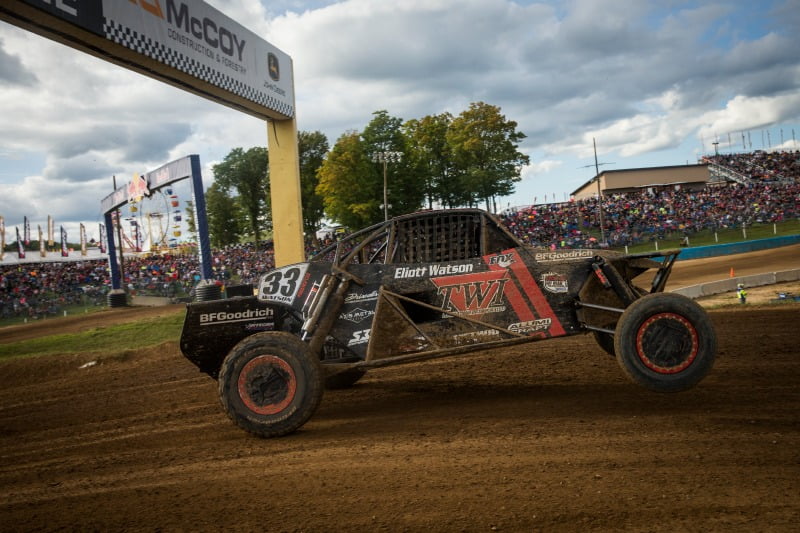 Watson continued, “It just really hasn’t sunk in that our team won the biggest Pro Buggy short course off-road race in history. To say I am excited is an understatement! We had a super fun week traveling back to Wisconsin with friends and watching some of the best racing ever. I am so thankful for everyone that supports our racing program.” 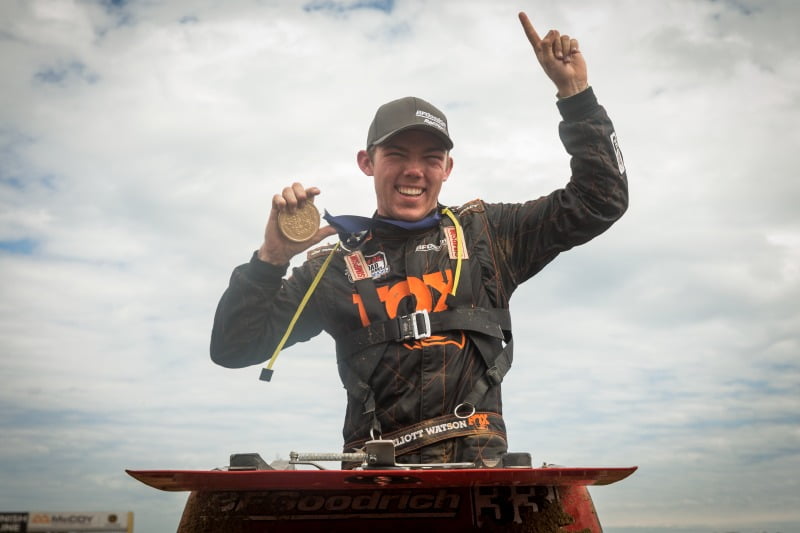 Another year of Crandon has passed but will not soon be forgotten. Another Alumi Craft Racer wins a third straight Lucas Oil Midwest Short Course League Championship while another crowned Crandon World Champion. Alumi Craft Race Cars provides the fast track to race wins and titles and is the preferred platform of winning off-road racers. Call Alumi Craft Race Cars for an expert consultation on what is needed to win races. Give Alumi Craft a call at 619-596-9841 or go to: http://alumicraft.info/ to find out more about our race products and services.
Photography By: Bink Designs