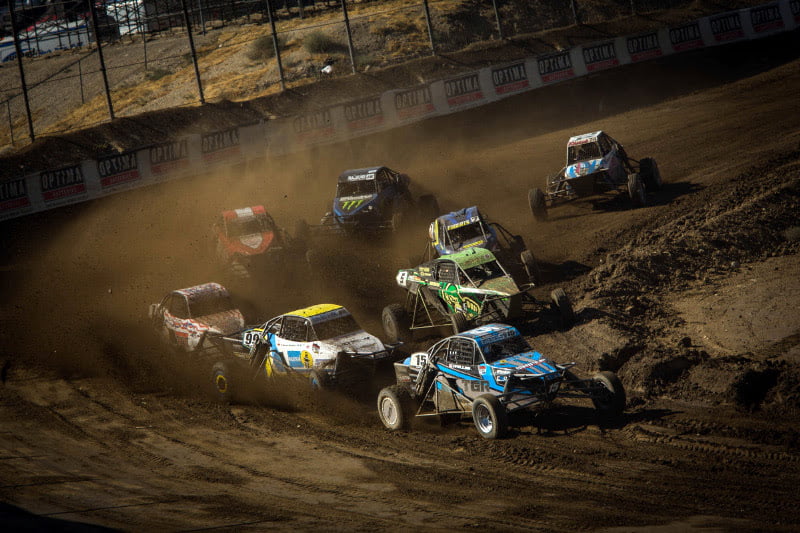 Alumi Craft Racers unloaded off the trailers at the start of the weekend as the ones to beat. Throughout the practice, Trey Gibbs, Darren Hardesty and Eliott Watson laid down the quickest lap times. With each one claiming the top spot in each of the three sessions, respectively.

For Round 1 Qualifying, Hardesty nailed down the best lap at 51.062 Seconds, which gave him the pole and would start him on the front row. On Lap 1, Hardesty must have felt a little rusty and would fall back to 3rd place. It didn’t take him long to recover and find his groove again, but he still had to work very hard to make up for the mistake. Eliott Watson, starting on the second row, also made a bobble on Lap 1 over-rotating in Turn 3. Eliott would fall back five positions and spend the rest of the race driving through the field. Meanwhile, in the #15 Alumi Craft, Trey D Gibbs took advantage of others’ misfortune and secured himself in 2nd place for most of the race. Darren positioned his #99 Alumi Craft right nose to tail with Gibbs trying to find a way around. It was great battle lap after lap with multiple attempts made, but each car was so equal and neither driver gave an inch. 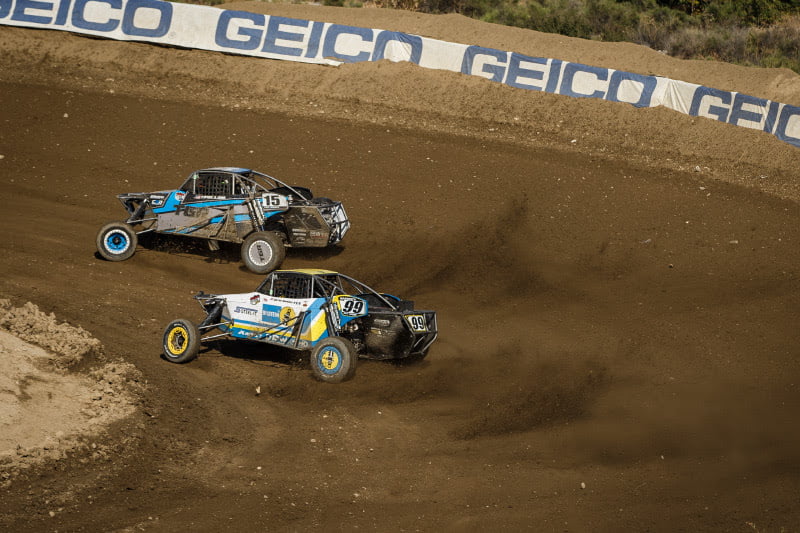 On Lap 8, the Competition Caution came out and offered the best option to make a move. On the restart, Hardesty poured on the pressure and finally made a clean pass stick for 2nd place on Lap 10. By this time, Watson maneuvered the #1 Alumi Craft back up into contention and passed Gibbs for 3rd place on Lap 11. The racers would hold position to the finish with Alumi Craft Pro Buggies taking 2nd, 3rd, and 4th in Round 1.

Darren Hardesty commented from the podium, “The car hooked up the whole time. It took a while to get up to 2nd place. After I got by, I was just trying to catch 1st place. Bilstein and Mickey Thompson had us dialed and I am on the podium and cannot be upset with a 2nd place finish. I am thrilled to be out here racing again. Thank you so much to everyone who helps me. I would not be out here without their support.” 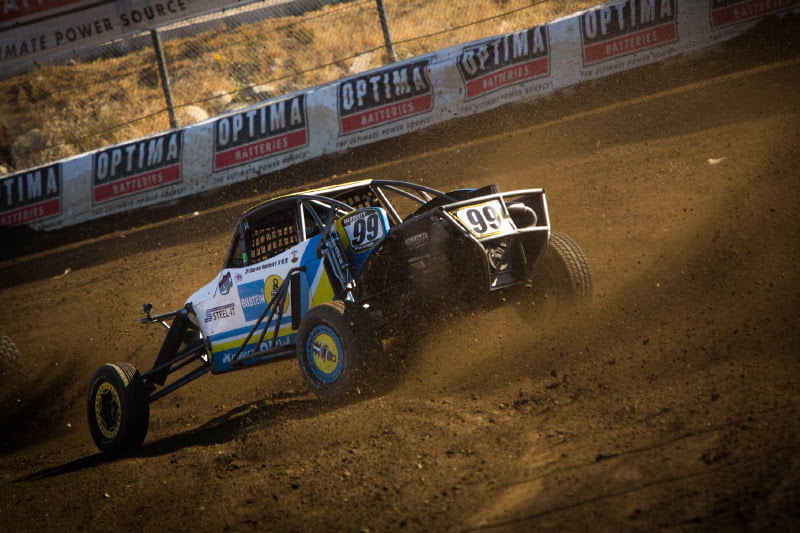 3rd place finisher, Eliott Watson stated, “Racing Pro Buggy is a higher pace of competition. You have to be on your game every single lap and push the cars to the limit. I had a good lap in qualifying, but I made a mistake early on at the start of the race. We made it to the podium and had to work for it. It was a lot of fun. I pumped to be back and on the box in my Alumi Craft Pro Buggy.” 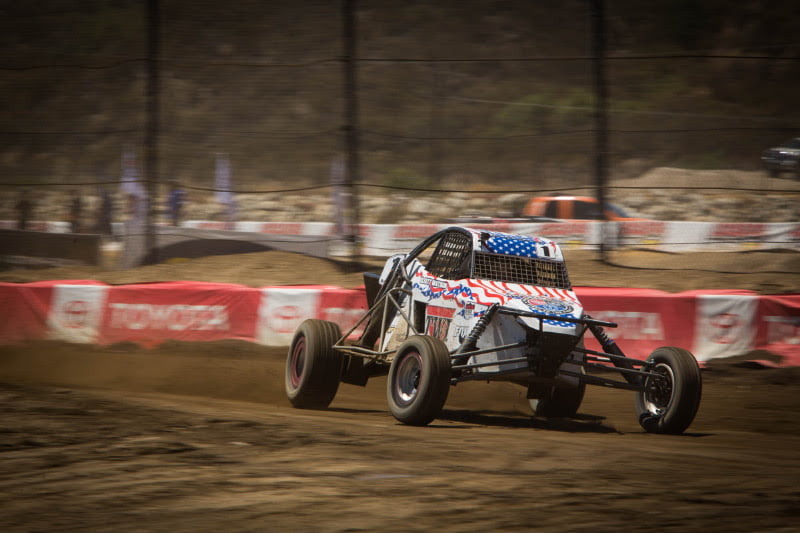 Watson was excited to be wearing the #1 plate and had the opportunity to team up with and support former Pro Buggy Champion Cameron Steele. Before the race, we prepped the cars with Scotty Prill and Roy Valenzuela and put in a ton of hours to get the car ready to either race or send it to a new home. When the race weekend approached, we decided to finish up the 2019 Championship Pro Buggy and also break out our older Alumi Craft built in 2009 for Cameron Steele to be able to race. Teaming up with Cameron made for a very exciting weekend having both cars on the track!!” 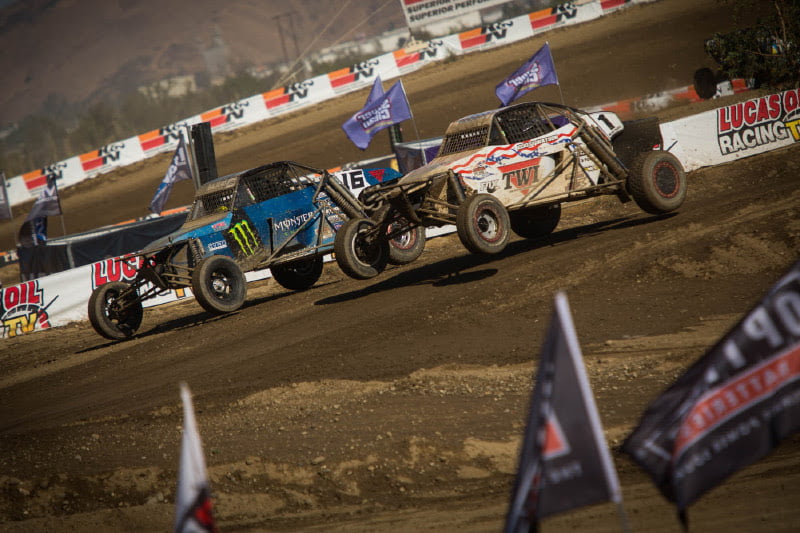 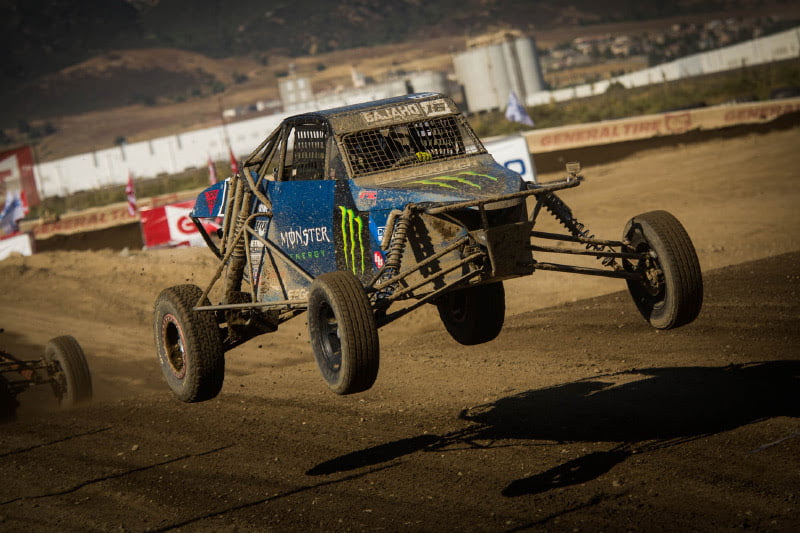 Everything must have been clicking in the pits for Watson because he came out for Round 2 Qualifying and scored the fastest lap time of 53.172 Seconds. Right away, Trey Gibbs jumped out front and took the lead, and Watson not far behind in 3rd. Unfortunately for Hardesty, he had a tire come off the bead on Lap 3, which put him in the hot pits. The race clicked off all laps trouble-free and removed any chance for the #99 to make up the lost laps.

Gibbs would go on unchallenged to the finish for his first career national series win in Lucas Oil Off Road Racing. Watson placed 2nd for another podium finish on the weekend. Gibbs commented about his efforts and his first victory, “This weekend was something else. We had our ups and downs, but I was able to pull it all together to end the weekend with my first ever Lucas Oil Off Road Series Pro Buggy Win. It feels fantastic to get that monkey off my back after two years finally. We know now we are a competitor for the championship and we are not stopping till we get there. Huge thanks to everyone who supports me and allows me to do what I love.” 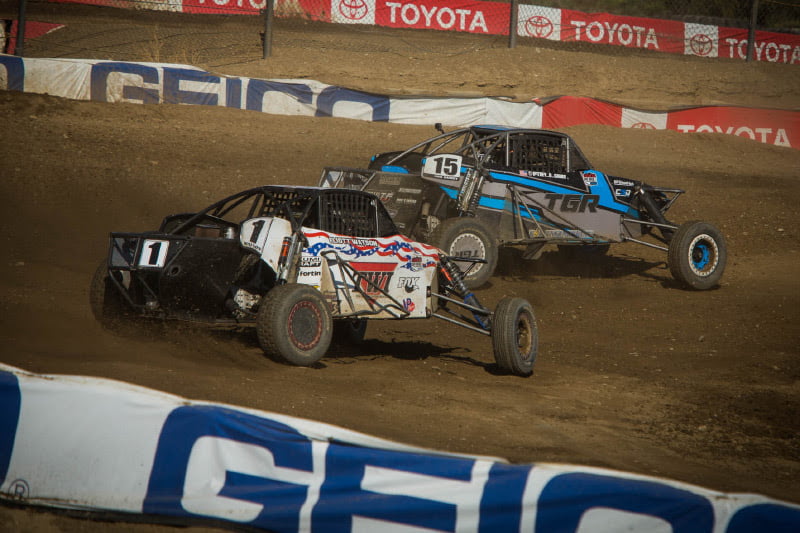 Alumi Craft Race Cars Consistent performance combined with skilled racers provides a winning and balanced formula and is what makes championships possible. Young drivers like Trey D Gibbs hunting for a first championship, Eliott Watson trying to repeat, or seasoned champions like Darren Hardesty, all know to rely on a proven race car-like Alumi Craft. Call Alumi Craft Race Cars for an expert consultation on what is needed to win races. Give Alumi Craft a call at 619-596-9841 or go to: http://alumicraft.info/ to find out more about our race products and services.