Alumi Craft Pro Buggy Racer; Eliott Watson battled through a rowdy Round 9 of the Lucas Oil Off Road Racing Series (LOORRS) to capture and win the 2019 Pro Buggy Championship. Watson overcame a close points battle leading down to the final event at Wild Horse Pass Motorsports Park in Chandler, Arizona with the top two tied in points. A late-race crash left everything up in the air, but the #3 TWI Alumi Craft muscled through and shook it off to finish on the podium, clinching the title by a slim margin. “Finally, after chasing the Pro Buggy title for three years and coming up short, we got it done this past weekend and ended it with the gnarliest race I have ever been apart of,” Eliott stated. 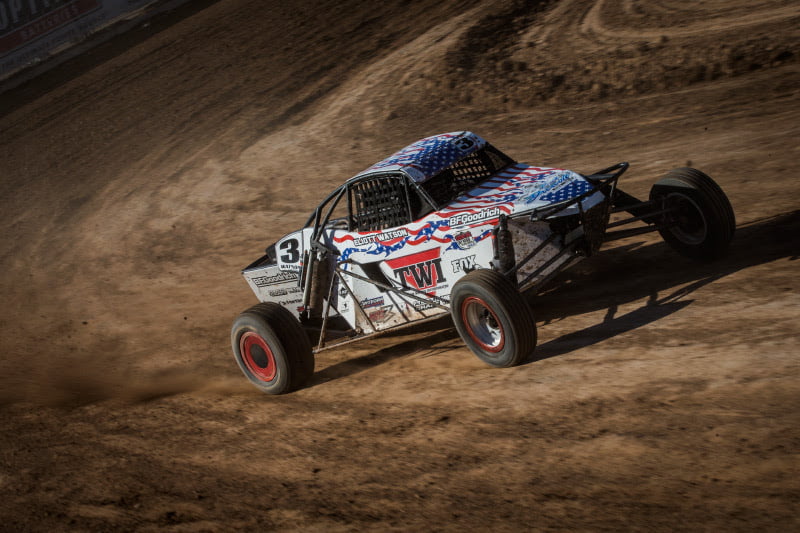 Going into the weekend, fellow competitor; Chris Nunes had swept Glen Helen early in October and tightened up the points championship leaving the final Round 9 to decide the title. Now tied with 388 points, it was game on!

Watson continued, “We started the year great, kept it smooth and consistent all the way through and we came into the weekend tied for the points lead. We have had some success here at the track in Chandler, so we are running the same set up we’ve run on our Alumi Craft Pro Buggy here for the last few years. We have learned a few secrets and a lot about the track and what the car likes. We also decided to throw on a Tom Watson “throwback theme” to try and change it up a little bit! My dad won 4 championships in a row with these colors, hoping we can add one more to that.” 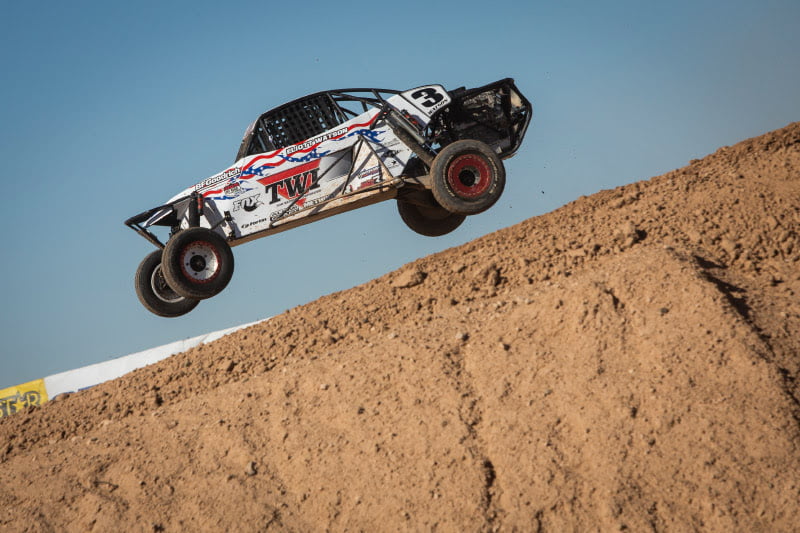 In the practice sessions, the #3 Alumi Craft was clocking off top speeds, quick lap times, and even scored the fast lap in practice session #2 at 39.123 Seconds and 92.017 MPH; within the top 3 fastest of the weekend. Eliott commented, “The  car is awesome, and I cannot wait to get the race started.”

For Round 9, Watson would start on the second row outside in 4th place with fellow points contender Nunes on the inside in 3rd. “We started side by side, with the guy we were tied with and filed in behind him off the start. He protected just like he should have the first half the race and we had a clean battle going. After the halfway point, I had a good run going for a pass around him. We ended up having some contact that sent me flipping a couple of times and landed on the roof. Honestly, I thought we were done. I got pretty banged up, but the safety crew flipped me back over and the car was good enough to keep going.” 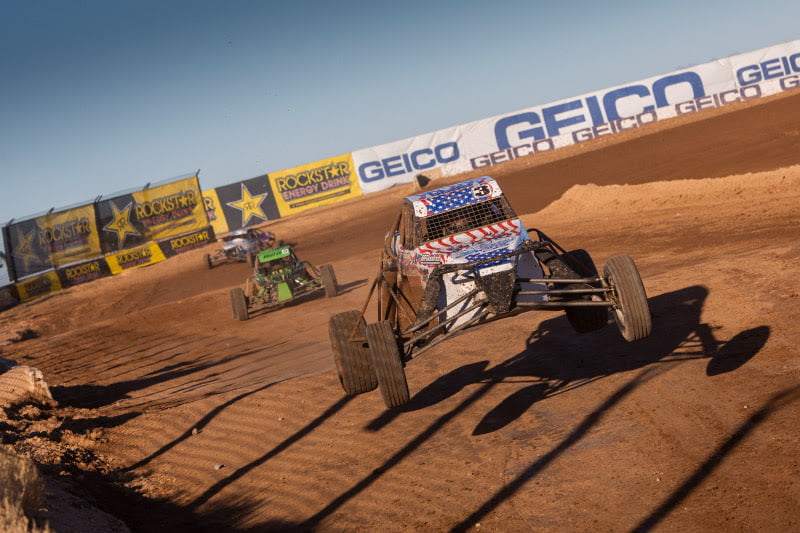 “I pressed the reset button, did everything I could do to regain my composure and started to work the group that was now in front of me. Right away, I clicked off some spots. At this point, we were going into the last lap when I caught back up to Chris. I had to get around him to win the championship. He tried protecting again, and I threw it in the corner and ended up climbing up on his car, riding on two wheels for a second, dodging a couple spun out cars. It was wild and the pass stuck. I finished in 3rd place and won the points battle!”

“After ten years of racing short course, yesterday was the gnarliest race I’ve ever been a part of. We went from racing clean with the guys we were battling within the points hunt to being put in the wall, upside down, and pretty banged up to making it back through the field to bring home the 2019 Pro Buggy championship.” 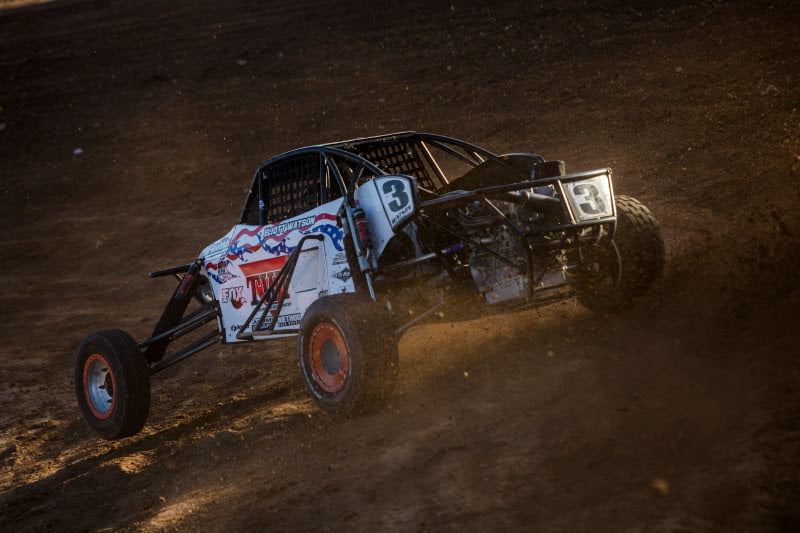 “We have fought so hard to get this championship and to lock it up finally is something I’ve dreamed about my whole life. Our whole family and our team have contributed so much to make this happen, and the feeling of sharing a champagne shower with them was incredible. The support that everyone at Alumi Craft has provided us with has been such a huge part in our race program, and we proved that their cars really are Built for Champions!” 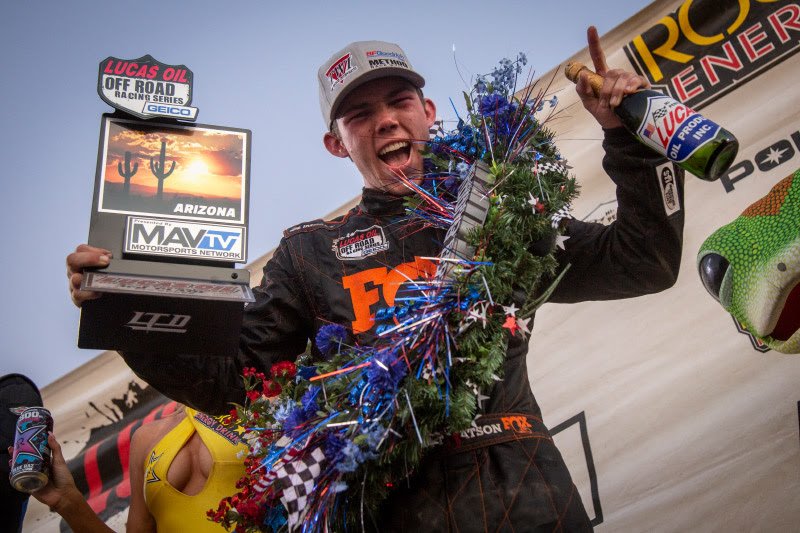 Another season of Lucas Oil Off Road Racing has passed and Alumi Craft Race Cars can claim another Pro Buggy Championship thanks to the efforts of #3 Eliott Watson. In the quest for a motorsports title, racing champions make many difficult decisions, but when choosing an off road race car platform, the choice is easy.  If you demand the best, give Alumi Craft a call at 619-596-9841 or go to: http://www.alumicraft.info to find out more about our race products and services.
Photography By: Bink Designs