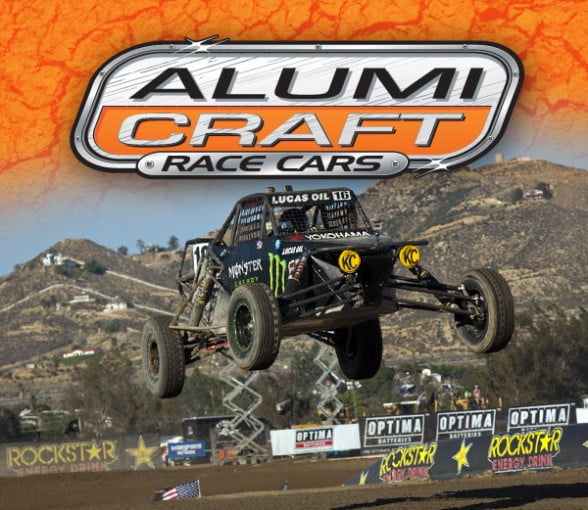 Round three was a hard fought battle with both Steele and Porter at the front dicing for the lead. Mike Porter cut a tire dropping him to fourth with Geoffrey Cooley right behind in fifth and Cameron Steele taking the win after an intensely fought last lap. This was Steele’s first race in an Unlimited Buggy since 2010. “I’m super stoked to get back in an Alumi Craft buggy again,” said Cameron, “I love the open wheel cars. I spent so many years in a 1600 car, that’s why I run number 16 on everything. The last lap was crazy. I did an over-under move on Steve in turn five and we went side-by-side down the front straight until I got him at the line. I have to thank all the guys who work on the car Matt, Shawn and Jimmy and we had some wounded warriors in the Monster, Stronghold pits; those guys were super cool and a real inspiration.” 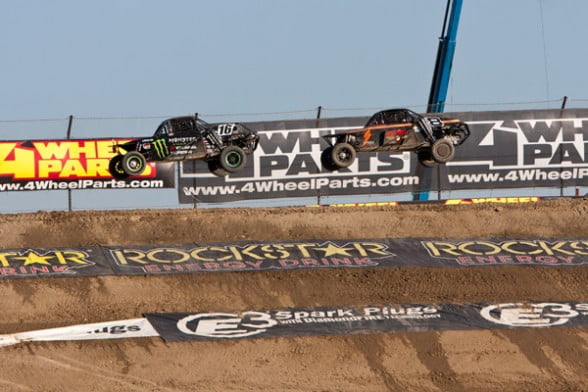 Round four looked to be another tight race until the green flag dropped and Mike Porter put a car length on second place by the end of the front straight. After the mandatory caution, it was more of the same with Mike pulling away from the field and taking the win. “We put an eco-tech in for this season but otherwise the car is the same as last year when we won the championship’” said Mike Porter, “Our Alumi Craft just works great. The Mickey Thompson tires, Fortin trans and Fox Shox put us out front. I have to thank Speed Energy, Mike Osier, Tyke Dalby, Todd Davis, Chan and Scott for all their hard work.” Geoffrey Cooley landed a third place finish to add to his season points total. 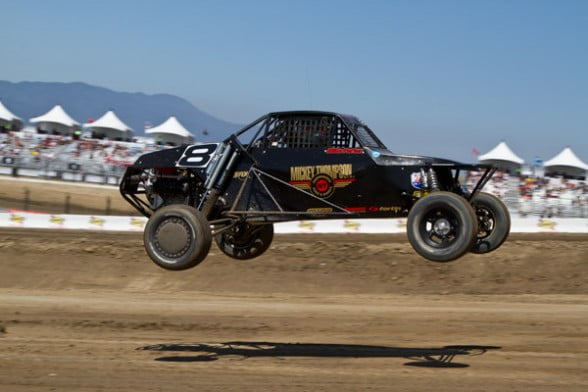 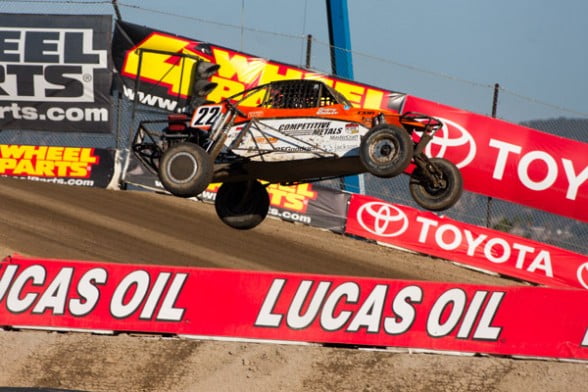 It was a great weekend of racing for Alumi Craft with the two wins and the consistency shown but that brings up an interesting fact. Out of all the Alumi Craft racers there is one that has finished in the top five for every round this season. Geoffrey Cooley has two fifth place finishes and two thirds which make him one to watch in the points race this season. He and Dave Mason made the move up to the Unlimited Buggies this season from the Limited Buggy ranks and it looks like he’s found a fast and consistent pace right out of the box. 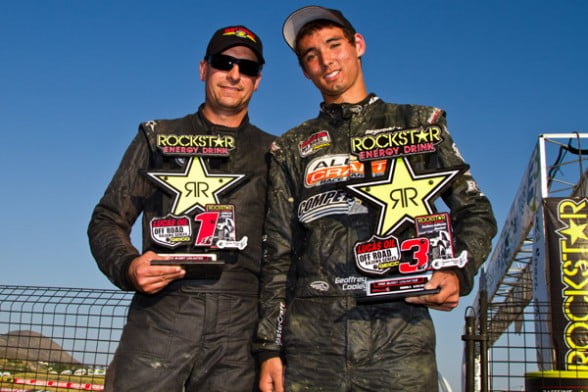 For more information on Bink Designs check out www.binkdesigns.com