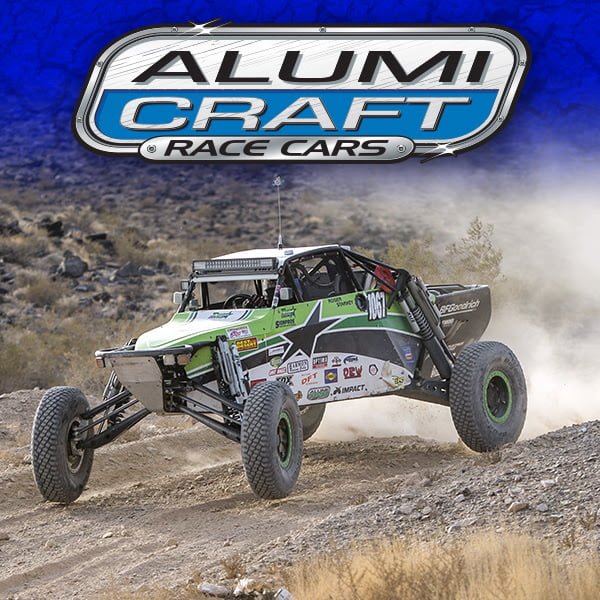 Thick, choking dust and countless rocks greeted competitors at the final race of the 2015 Best in the Desert racing series in Henderson, Nevada. Driving blind on piles of rocks took a toll on the field, only the strongest were able to survive. It’s no surprise that Alumi Craft drivers dominated in the brutal conditions.

In class 1500, (unlimited open wheeled) The MavTV Alumi Craft of Scott Bailey kept the pace high as others succumbed to the constant pounding. “We were battling with a Trick Truck most of the race; going wheel to wheel with a lot of contact,” said Bailey, “While others were having problems we were running strong; the race came to us. We got stuck behind a slower car in the dust and the Trick Truck slammed into our rear bumper really hard. 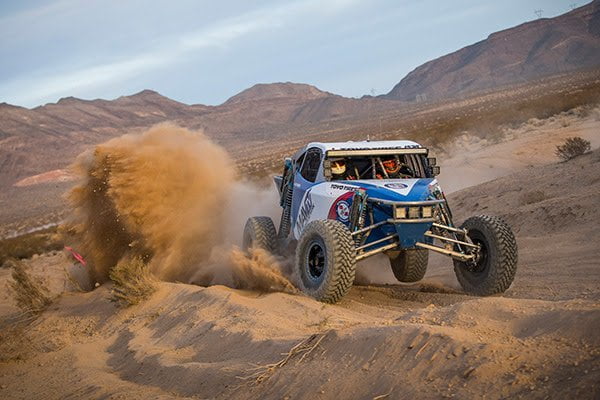 Kory Halopoff and Johnny Nelson were in the car. Kory said it was the hardest hit he’s ever gotten. Our car got pushed off course into a pile of rocks. Despite the punt, we were running strong and chasing Lalo Laguna down for the lead on lap three. He dropped out and we brought it home for the win.” The MavTV team has been putting in solid performances all year and as a result, they finished second place in the season long points championship.

In the highly competitive class 10, Alumi Craft’s results were particularly impressive. Alumi Craft racers swept the podium with second place finisher Roger Starkey Jr. taking the class 10 points championship. Second place in the points championship went to Henderson 250 winner TJ Tuls. “We did not have much to lose this race so we pushed hard all day and the car held together fine, it was flawless,” said TJ Tuls, “This was my first year driving in class 10, I rode with my Dad in the class 1500 car for three seasons. I like the competition in class 10; it was tight all the way to the finish. My co-driver Josh Montoya played a huge part today keeping us on course in the dust. We have the car dialed in and we’re looking forward to a promising year next season.” 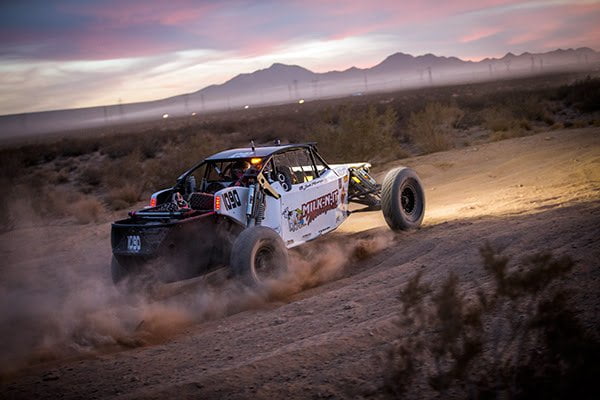 “Our goal at the beginning of the season was to go for the championship,” said Roger Starkey Jr., “It was a long hard season. We had a tough race at Parker and a 17th place finish. We won the Mint 400 and finished 3rd at the Silver State 300. We were 5th at Vegas to Reno and then had a bad draw at the Blue Water Challenge. Despite starting in the back, we finished 2nd. We were leading at Henderson with 50 miles to go when our exhaust header broke. We got it fixed quickly and still finished second; winning the championship. The team worked real hard and we take pride in having finished every mile of every race in our Alumi Craft. We took on the fastest guys this year and came out on top!” 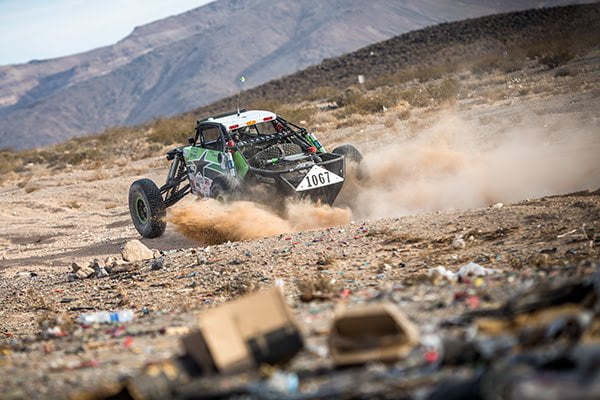 The third spot on the Henderson 250 class 10 podium was earned by Alumi Craft racer Keith Waibel. He finished in the top ten in points this season in the 7th spot. 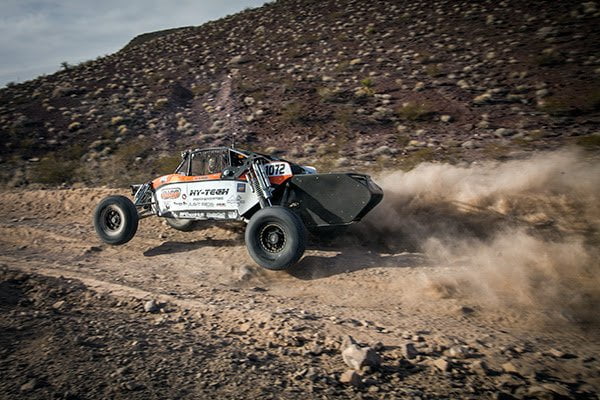 Alumi Craft racer Nathan Martino nailed down the class 2000 points championship in style with a win at the Henderson 250. “It was stressful but we got it done,” Said Martino, “Right off the start I had trouble with second gear. I shifted into third and back to second and the synchros were working again. It was so dusty; I got slammed into by a utv that must not have seen me going by. The hit destroyed my shock and took out the brakes but I just kept going; using the transmission and the cutting brake to slow down. I also put it on its lid but the recovery crew was right there; we didn’t lose much time. When we took the lead on lap 2, it didn’t matter that we didn’t have a shock on the right front or brakes, I was just flying!” 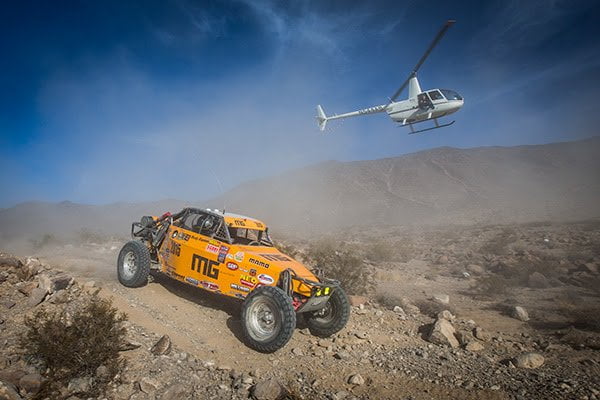 Winning races or championships; no matter how tough the challenge, Alumi Craft racers have proven again and again the superior performance provided by their meticulously crafted cars. Alumi Craft is committed to providing you with excellent service and a competitive, safe and reliable vehicle that exceeds your expectations. They offer many types of cars for competition or pleasure and a long list of services and support. If you demand the best, give Alumi Craft a call at 619-596-9841 or go to: http://alumicraft.info/ to find out more about our race products and services.

About Alumi Craft
Alumi Craft is the premier racecar chassis manufacturer in the off road industry. Crafting cars from lengths of 4130 Chromoly tubing is our specialty. We offer a variety of vehicles to accommodate the professional off road racer to the recreational driver. Since 2004, Alumi Craft racers have earned countless wins and twenty-one points championships; eight in short course and thirteen in the desert. Rob MacCachren, Chuck Cheek, Cameron Steele, Luke McMillin, CJ Greaves, Matt Cullen, Darren Hardesty, Darryl Smith, Gunnar Peterson, Mike Porter, Mitchell Dejong, Roger Starkey and owner John Cooley have all won championships behind the wheel of an Alumi Craft race car.