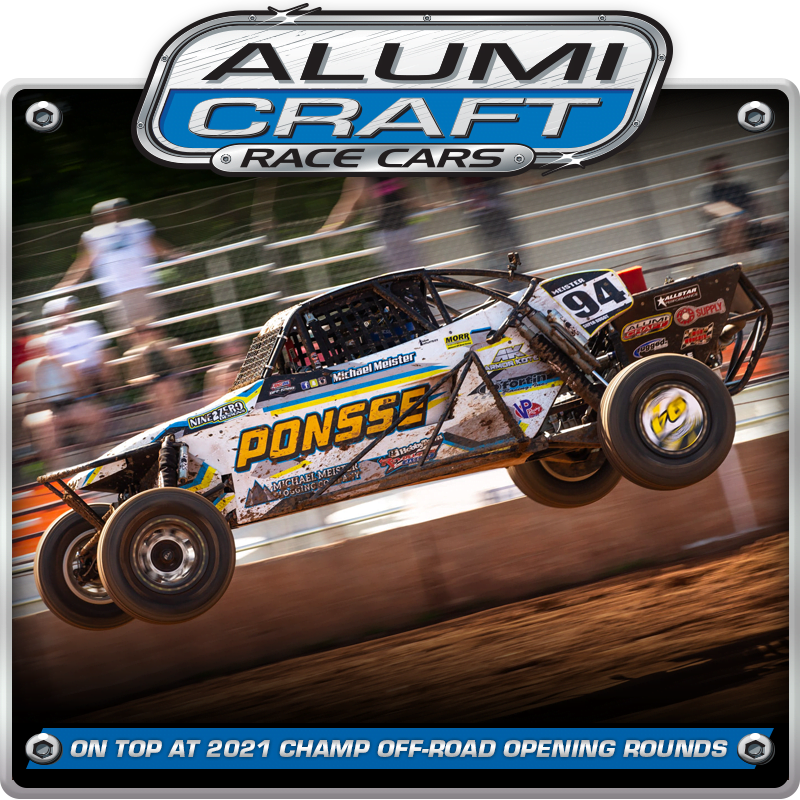 Championship Off-Road (COR) saw the 2021 season opener in Antigo, Wisconsin, at the fairground’s dirt oval bull ring. If the competitor’s entry list indicates the health of short course off-road, fans should be expecting an exciting season. Either way, the weather was hot and the racing was action-packed, which received positive affirmation from the packed grandstands and a solid online audience. In the Super Buggy Class, #94, Michael Meister claimed back-to-back wins with Alumi Craft Racers capturing podium finishes both days and sweeping the podium in Round 2. 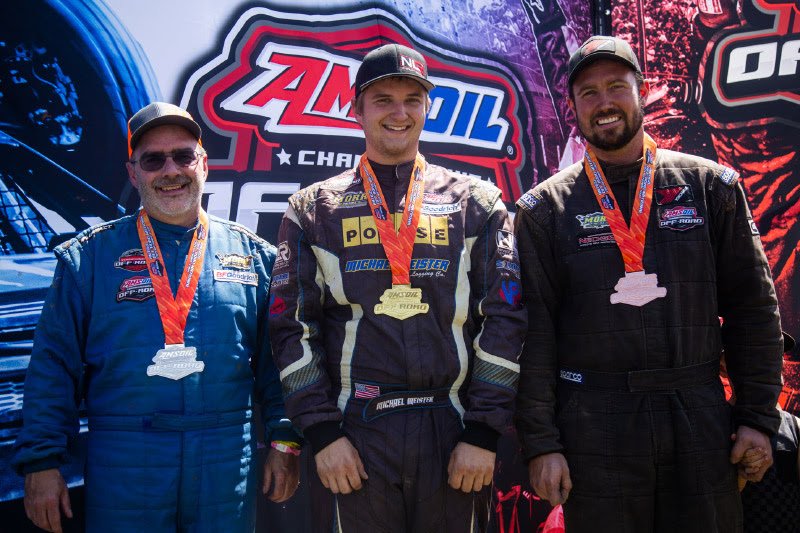 Short course off-road racing has not competed at Antigo in about ten years. So it was a learning experience for race officials, the racers, and the track facility. 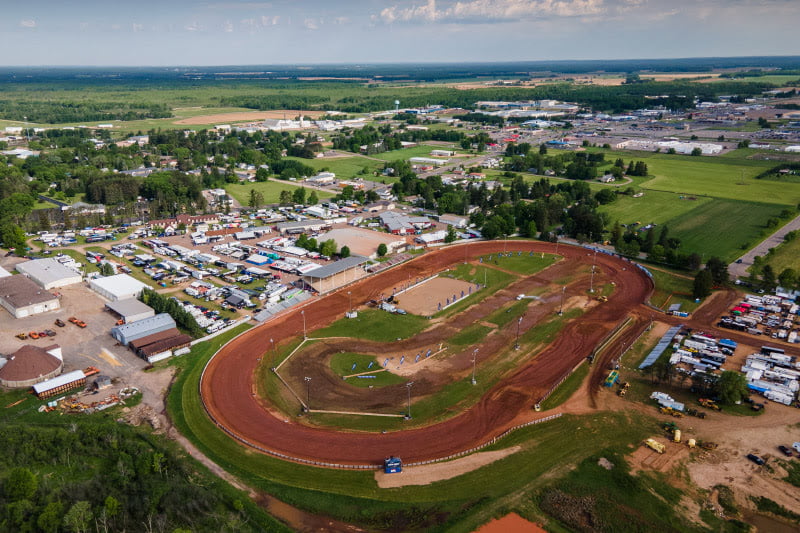 The Super Buggy class featured fifteen racers on Saturday and thirteen on Sunday. After Michael Meister’s winning weekend in Antigo, he holds a four-race winning streak. Meister competed in only two races in 2020, both of which were victories.

“The first rounds of racing started great for us,” stated Michael. “Practice was a lot of different track conditions than it ended up being for the race, so finding the right tire package was a gamble. I started 8th out of 15 cars for Saturday’s race and just took it easy and waited for my opportunity to move ahead. A couple of laps in, there was some bumping and banging up front, and I could maneuver into 2nd place. I battled with 3rd and 4th for a couple of laps and then pulled ahead to hunt down the leader. Right before the halfway caution, I was able to secure the lead. I believe the race was cut short, leaving us just two laps to go after caution and stayed out front to get the victory.” 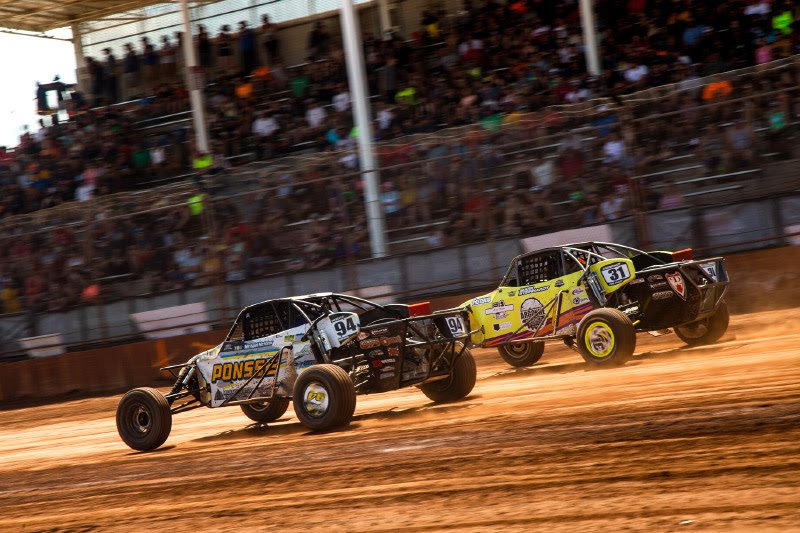 Meister continued, “Sunday’s race was a lot more intense. I started 8th again and took the outside cushion around the oval. After entering the infield to secure 3rd place, I dove into the rhythm section only to have another buggy drive up over my tire as we fell in line for the first lap. After that, I spun around, stalling out a couple of laps later and lost 2-3 spots. I knew I had to run clean, consistent laps the rest of the race to have any shot. I worked through the stacked field again with my Alumi Craft and had great battles with the top drivers to eventually take the lead.”

“Between the great tire package, my crew chief and the excellent handling of my Alumi Craft Super Buggy, I was able to secure the win again!” Michael reflected, “The biggest challenge this weekend was to learn the track with hardly any laps on it and find the correct lines in all the corners. Being as tight as it was, it came down to choosing many opposite lines then other drivers and hoping they stuck and worked well.  I always feel confident and comfortable in the Alumi Craft Race Car, which worked great as usual. The only thing that we adjusted all weekend were the shocks which we eventually dialed in for this new track at Antigo.”

“Next up will be the spring run at Crandon International Raceway in under three weeks,” Meister concluded. “We will be testing next week to shake down the car again and set up for the high speeds that Crandon provides. I always look forward to that track a lot.” 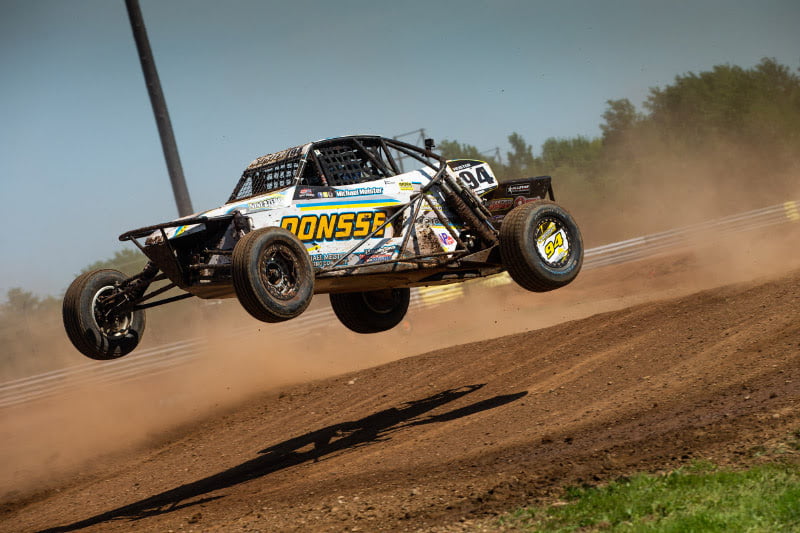 Alumi Craft Racer, #31 of Mark Steinhardt, also had an excellent showing for Rounds 1 & 2 and raced to a 3rd and 2nd place finish, respectively. “The Weekend went well for the start of the season with two podium finishes,” declared Mark. “A 3rd place finish in Round 1 and a 2nd place podium for Round 2 is an awesome way to start this year’s series. A lot of time and hard work went into getting the new to me Alumi Craft Super Buggy ready for the 2021 season. The weekend started out rough in Friday’s practice with two spin-outs and only a limited amount of time in the car.” 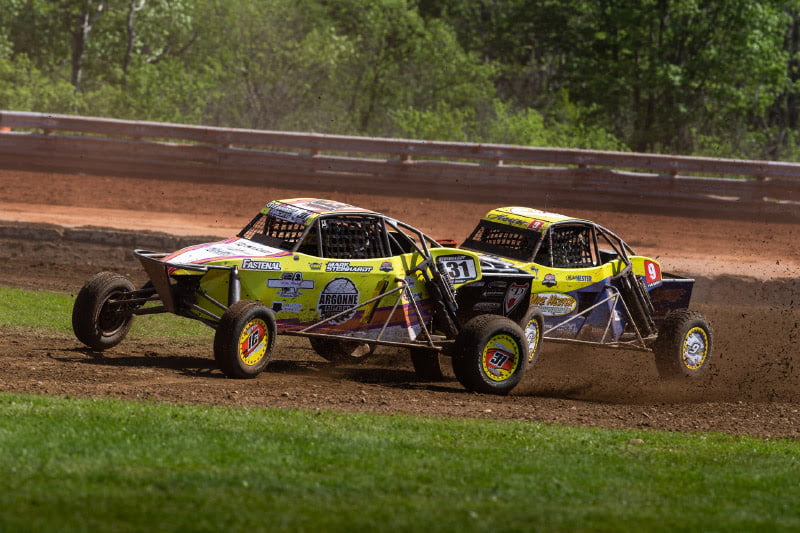 Steinhardt continued, “We made some tire adjustments and minor suspension changes and went into Round 1 with some renewed confidence. I drew a ten starting position and was able to work up to 3rd place before halfway. I battled with 2nd until the checkered flag and ended up there.”

“For Round 2, I started in 6th with the inversion draw,” explained Mark. “I was able to quickly get to the lead and hold the position until the halfway point. After the restart, I had a battle with Mike Kirkham and then Michael Meister giving the lead up to Michael in the whoop section. I brought the car home in 2nd place. The car worked well with the tire and minor suspension changes. I am looking forward to Rounds 3 & 4 in Crandon, Wisconsin and hope to improve on the positions.” 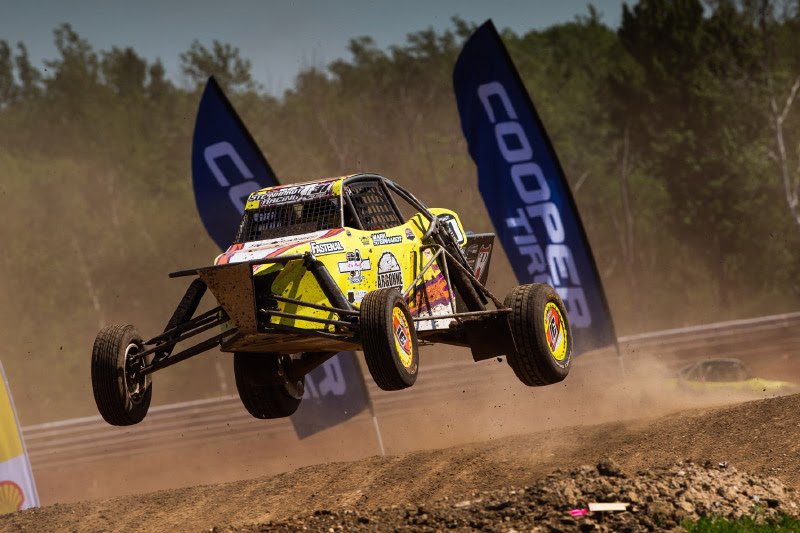 Rounding out Sunday’s Round 2, all Alumi Craft podium sweep was #56 of Mike Kirkham. “We came into the weekend with very little seat time in Elliott Watson’s Championship Winning Alumi Craft Super Buggy. As we prepared the car for Round 1, we knew that it was going to be a dog fight this year with all the fast Alumi Craft cars coming from the west coast and being in the same circuit this season,” explained Kirkham. “Early in the race, I was tagged from behind, sending me towards the back. I worked my way back up to 5th. On Sunday, we made some changes to the car for the better and came out swinging. We were maintaining 2nd place, and I made a big mistake and fell back a few spots. I worked my way through the field to secure a 3rd place finish. We took a lot of notes and learned so much with this new car. I’m excited to see what this Alumi Craft Buggy has in store for us as we prepare for the big house in a few weeks.” 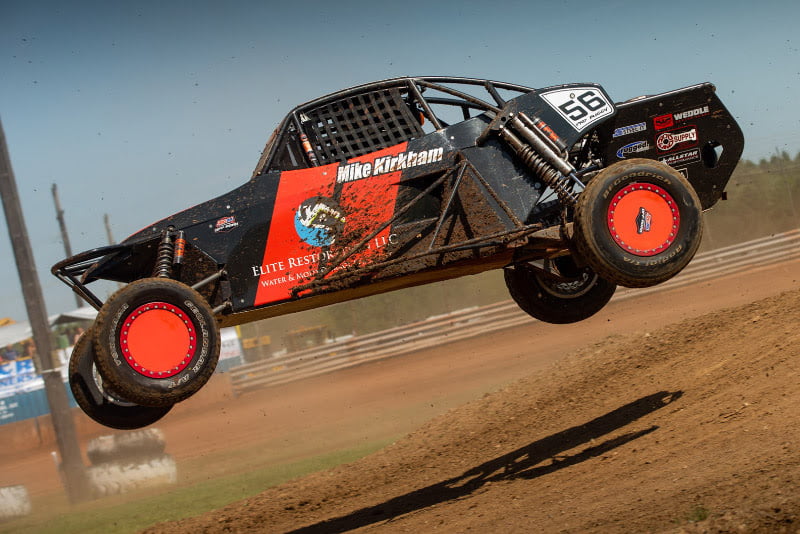 With Crandon right around the corner, we can expect the racing to be more exciting than ever. Wherever off-road racing occurs, Alumi Craft Race Cars will be there at the starting line and most often, on top of the box at the finish line. Call Alumi Craft Race Cars for an expert consultation on what is needed to win races. Give Alumi Craft a call at 619-596-9841 or go to: http://alumicraft.info/ to find out more about our race products and services.