The Silver State 300, sanctioned by Best In The Desert (BITD), featured a 280-mile course in the isolated region of Alamo, Nevada. The point-to-point event routes through historic mining districts, rural backcountry, and twisty high desert trails. This unique event is a favorite on the schedule due to the high-speed technical driving required to navigate to the finish. Alumi Craft racers scored top positions in the 1000 class, taking 4 out of the top 5, with the #1075 of Brent Fox earning the win.

Preston Brigman drove the #1075 FX Construction Alumi Craft for the driver of record Brent Fox. Brigman went the entire race with a finishing time of 5 Hours, 12 Minutes, and 46.64 Seconds to score the victory and good enough for 16th overall out of the 141 official event finishers. 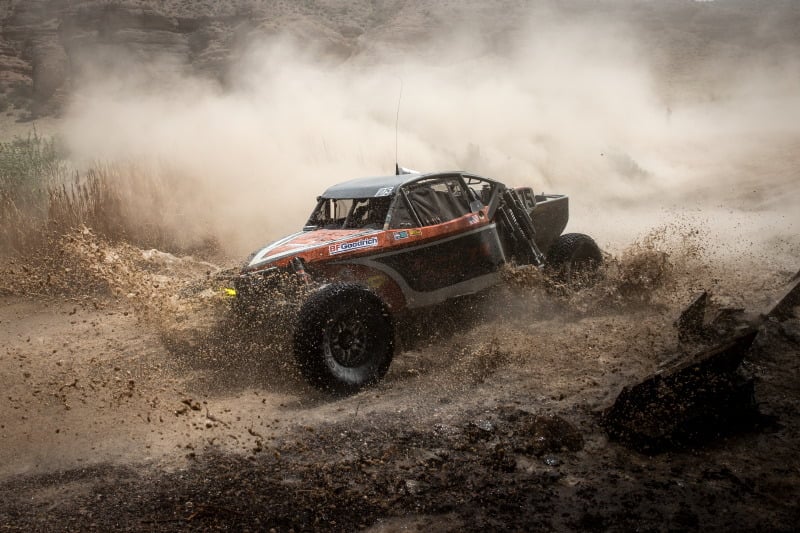 “I came into the Silver State 300 with the mindset of wanting to put the FX Construction / Alumi Craft car on the top step,” Stated Preston. “We started 3rd in class 1000 and we could tell by sitting on the starting line that it was going to be a dusty day. I knew it was going to be a challenge running all 280 miles without switching drivers. We hammered down from the get-go and tried never to look back. We shortly put ourselves into the lead 1000 car by about Race Mile 35.”

Brigman went on, “We came upon the 6146 spec truck around Pit 2 who was pushing hard. We knew he was trying to get to the front, so we used him as a pick for the next 100 miles. He would catch a truck, make the pass, and it was easy for us to tuck in as well. It pretty much was follow-the-leader from Pit 3 to the finish line. We ran a great race and took the win!”

“My co-driver Daniel Brown did an awesome job running all day,” declared Preston. “He knew where we could go fast and when we needed to settle down in the rocks. We kept air in all four tires, without any flats. I couldn’t be happier with how well the BFG’s performed. Brian from F&L Racing Fuels was awesome to help the day before the race with some last-minute technical advice. I want to thank Brent and Mrs. Tracy Fox for letting us go out and race. Work is fun, but racing is better! Thanks to all our pit crew who came down and helped, I couldn’t have done it without their help. Thanks to my wife for supporting me and for Alumi Craft for building such reliable race cars. It was a good day.” 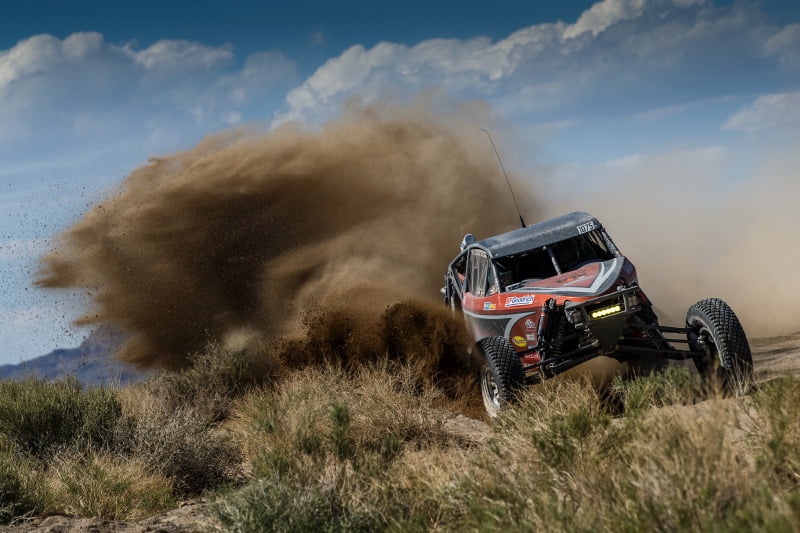 3rd place podium finisher Glenn Scherer out of Scottsdale, Arizona in the #1086 Alumi Craft finished a little over 2 minutes behind 2nd place. Glenn raced over the 280 miles for a finishing time of 5 hours, 19 Minutes, and 36.442 Seconds. 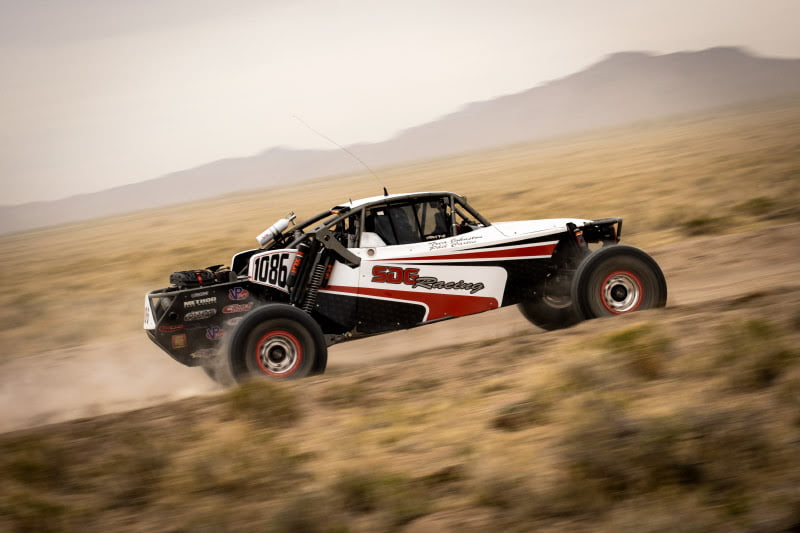 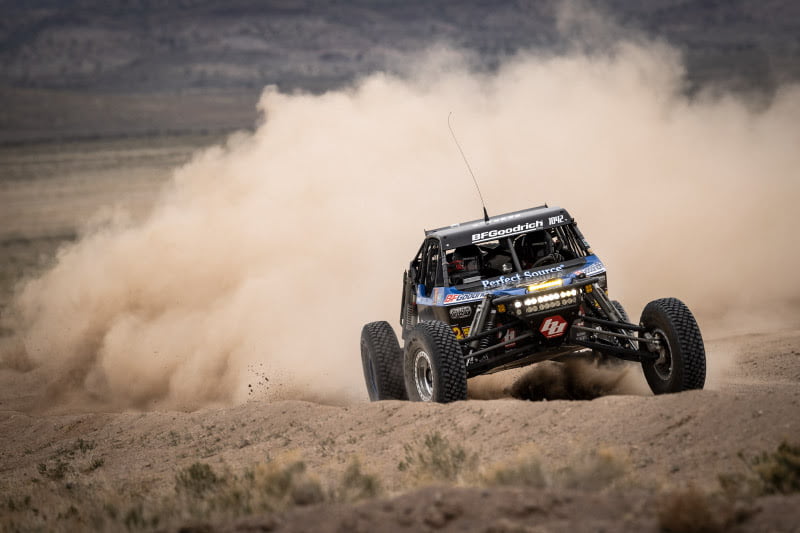 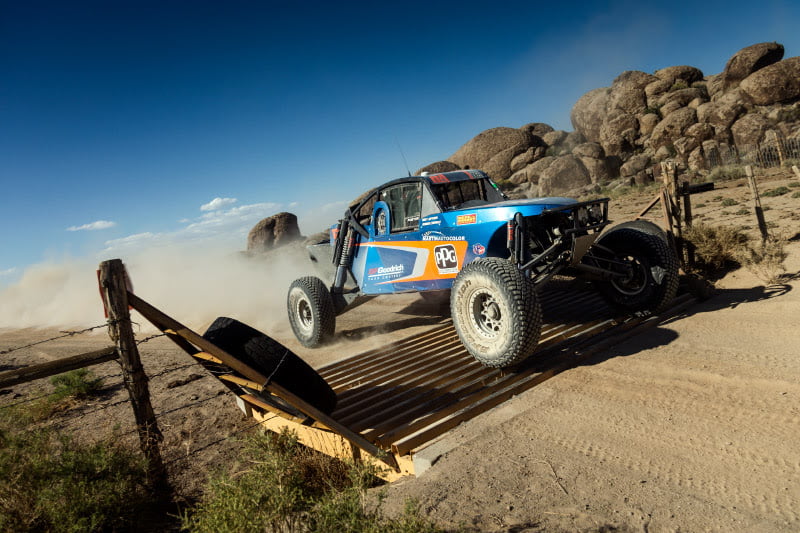 We would also like to recognize the 6200 Class Winner Nick Carolan. This limited class Alumi Craft buggy races a mandated sealed spec-engine and finished in 5 Hours, 35 Minutes, and 03.17 Seconds. 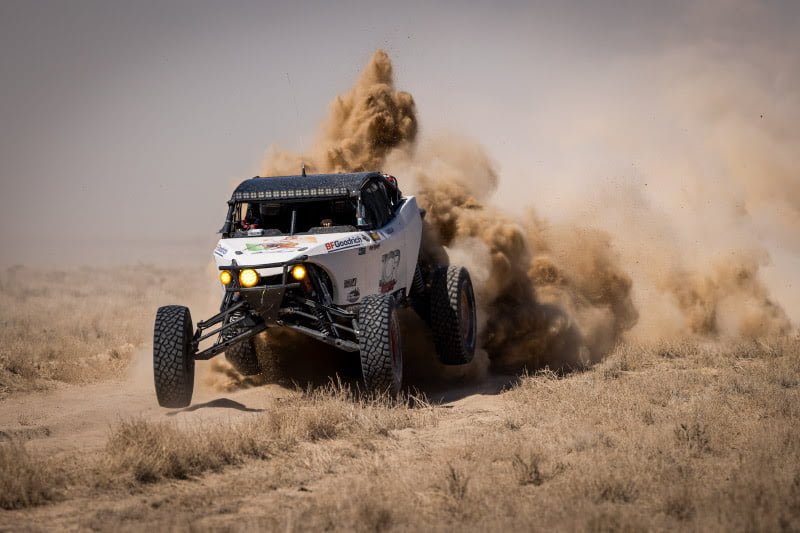 Alumi Craft Race Cars have proven to be the dominant and most competitive cars in off road desert racing. Consistently earning the top finishes across the board, Alumi Craft is the choice of winners. If you need a reliable and competitive vehicle capable of winning, call Alumi Craft Race Cars for an expert consultation on what it takes. Give Alumi Craft a call at 619-596-9841 or go to: http://alumicraft.info/ to find out more about our race products and services.