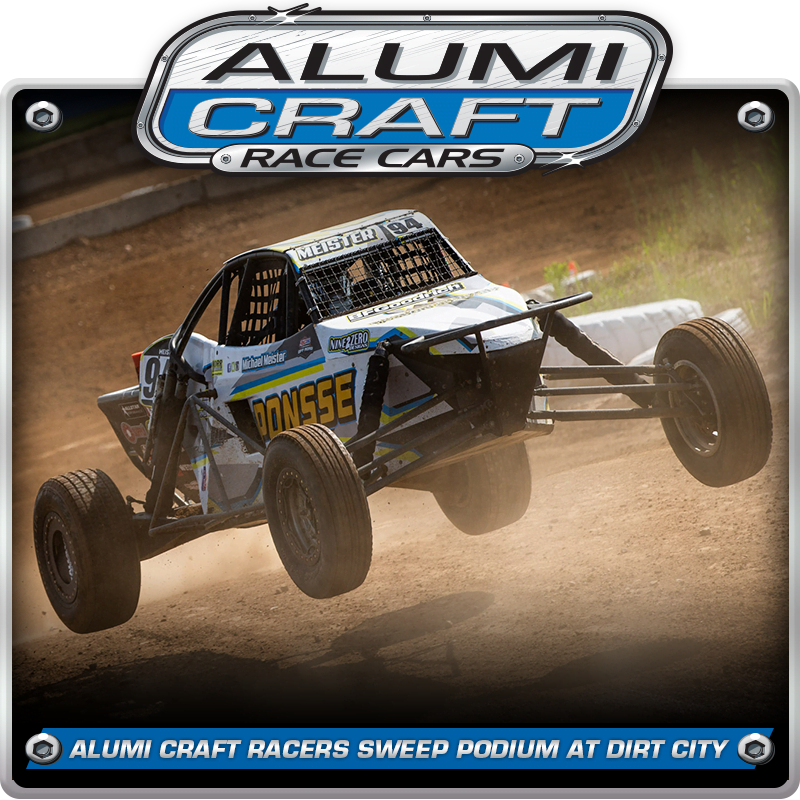 Rounds 7 and 8 of the 2021 AMSOIL Championship Off-Road (COR) series came to Lena, Wisconsin’s Dirt City Motorplex. Starting the season’s second half at a very tight and technical track was sure to shake things up but also made for some great short course racing. Alumi Craft racers would sweep the Super Buggy division, with Michael Meister taking both wins.

Michael Meister came into the weekend as the Super Buggy points leader. He had a perfect weekend highlighted by back-to-back wins in the #94 Alumi Craft, which was supercharged by getting off to great race starts. “Everything worked and ran great from practice through the two races,” Michael commented. “I was able to luck out on pulling small numbers for the inversions, which was a huge advantage on the small tight track of Dirt City. As always, the Alumi Craft buggy performed flawlessly to take back-to-back wins on the weekend.” 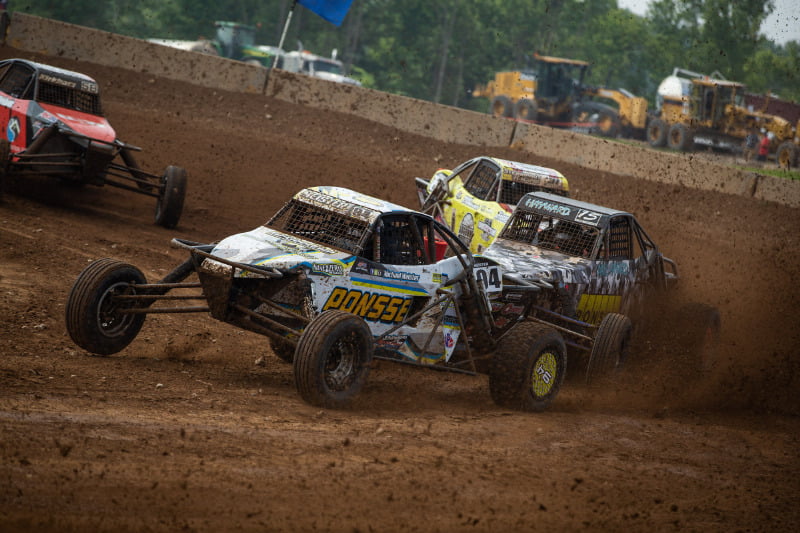 Meister continued, “I started 4th on Saturday and was able to get to 2nd halfway through the first lap. I just put my head down and went after the leader. I was able to make the slower of the split lanes work out for the pass. After that, I tried my hardest to run clean laps to finish. The key to the weekend was to be patient and wait for opportunities to pass. Mainly had to make the slower split lanes work for the passes carrying more speed through each time. The track grooved up as the race went on, so finding the traction to move ahead was also tough. My crew chief Brad and I adjusted shock pressures and finely tuned the tubes on the bypasses each time we went out to make the buggy handle its best. This #94 Alumi Craft is unstoppable!” Alumi Craft racer Michael Hester also proved to be highly competitive all weekend in his #9 Pro Buggy by scoring 2nd place in Round 7 and finished Round 8 on the podium again in 3rd place.

“With the inversion, I was starting on the pole for Saturday, Hester explained. “I was able to take the lead with Michael Meister taking over P2 quickly. On Lap 2, Meister battled for the lead and was able to pass me through the split lanes. I was able to retake the lead through the next turn and held until Lap 6 when Meister passed again. From that point, he was able to defend his position until the end and I was able to earn a hard-fought 2nd place podium finish.” 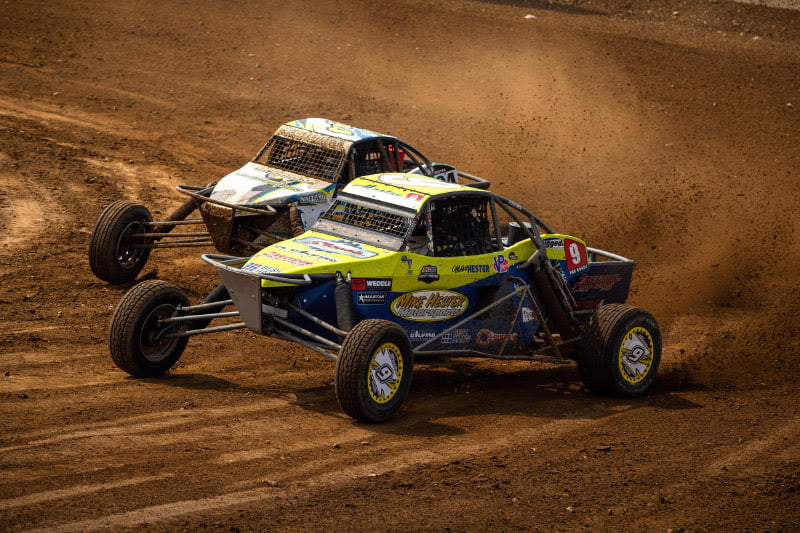 Hester continued, “For Round 8 on Sunday, I started in the third spot and held that position for the entire race after suffering suspension damage early in the race. I couldn’t close the gap on Michael or Steinhardt but could hang on to the last podium spot for a strong weekend finishing in 3rd place. 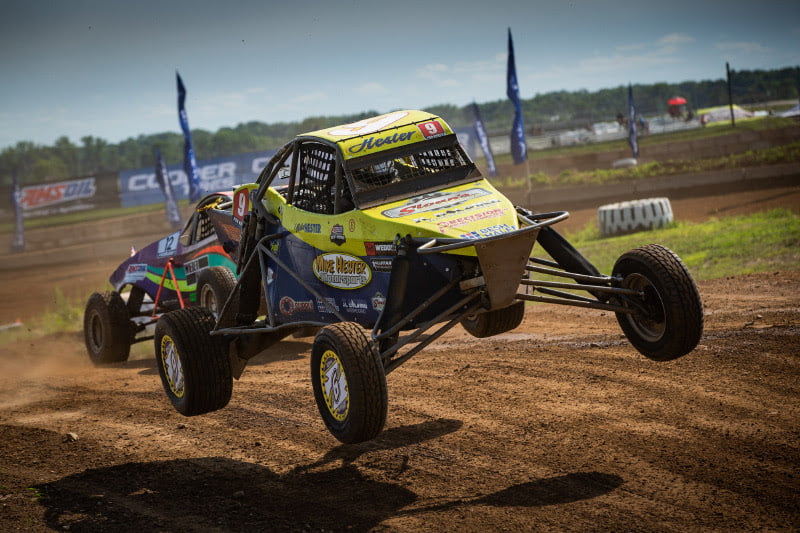 After some early troubles in Round 7, the #31 Alumi Craft Super Buggy with Mark Steinhardt at the wheel earned a 2nd place podium finish during Round 8. He recounts his race weekend, “The weekend started well with a solid practice on Friday. After the inversion, the Argonne Lumber Alumi Craft car would be starting in 3rd. At the drop of the green flag, we had to avoid contact and dropped back to 5th. Working my way back up to make a pass for 3rd, unfortunately, the 3rd place car had got crossed up in the split lane and I needed to almost come to a complete stop, which dropped me back to 5th again. I was able to work my way up to the back bumper of 3rd at the checkered flag but unable to move up as there were three fast Alumi Craft cars on the podium.” 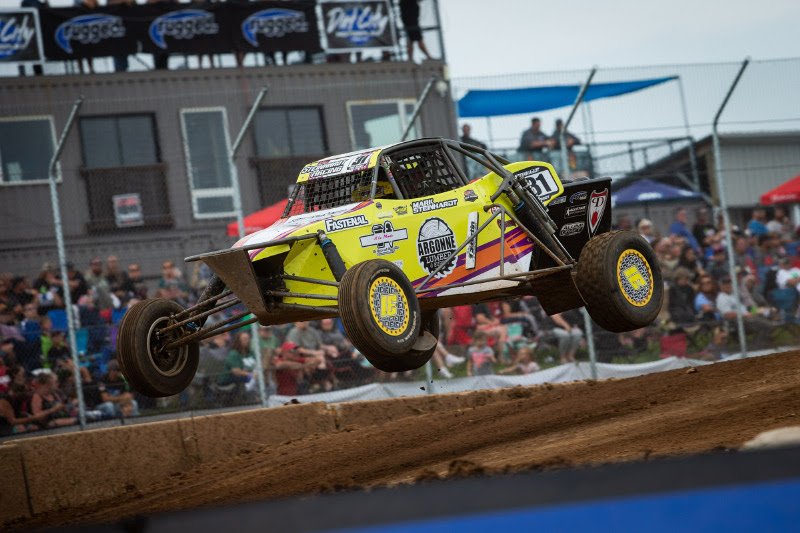 Steinhardt went on, “After Round 7, we made some adjustments to the Bilstein shock set up, which were favorable and effective for the track conditions. Round 8 found us starting on the pole with the inversion. On the initial start, I was able to pull the holeshot and the lead, but unfortunately, a full course caution came out and we had a complete restart. I was able to get a good jump and lead into Turn 1 but got a little loose entering the split lane and came out in 2nd. From there, we ended up finishing in 2nd place. It was a solid weekend at Dirt City. I am looking forward to Bark River as I have multiple wins at the track and hope to bring home another victory.” 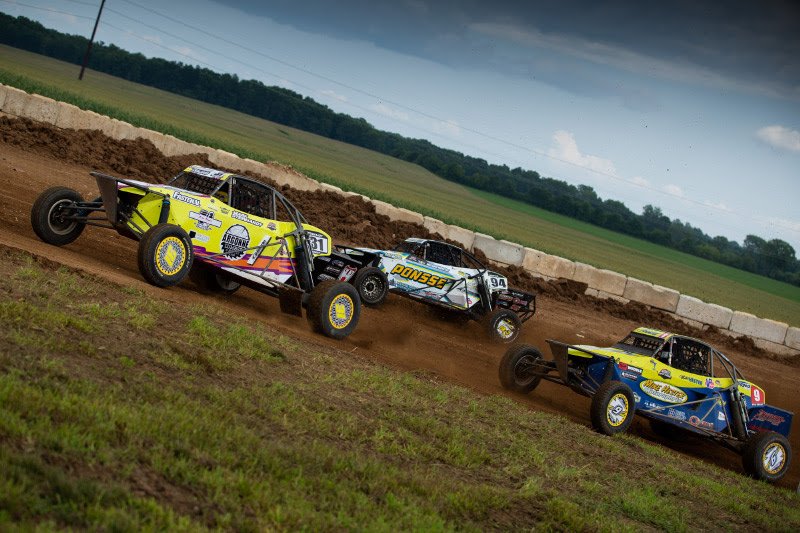 One other notable finisher was Alumi Craft racer Mike Kirkham who ran down a 3rd place podium on Saturday and carved out a 4th place finish on Sunday. “We were starting in 6th place and my Alumi Craft car did great working through the pack,” Kirkham declared. ” I worked my way up to 3rd with some fast Alumi Craft buggies in front of me and behind me. It made it tough to make up any more ground. I was happy with the results and we made a few changes that evening going into Sunday’s race.” 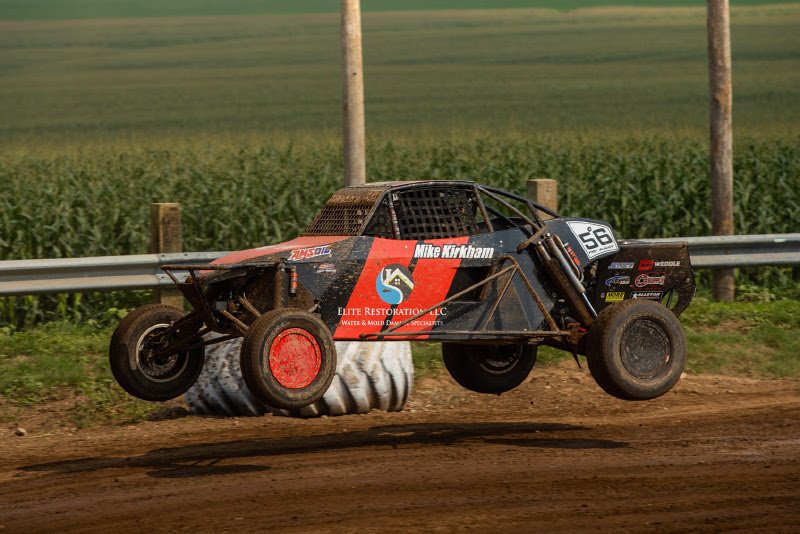 Kirkham continued, “Sunday we started in the 4th position with all the fastest cars lined up in front of me, I knew I had my work cut out for me,” Mike shared. “Unfortunately, we were involved in some reckless driving from my fellow racers that caused us to have a complete restart. On the restart, I was hit from behind in Turn 1, causing me to spin out and be pushed to the back. From there, I had nothing to lose. I put my head down and started picking them off one at a time. I was able to work my way back to 4th, going over the finish line with only a half of car length from another podium finish. My Alumi Craft car did fantastic through all the rough driving. This is my second Alumi Craft car and I wouldn’t have it any other way. I like how well these cars handle and the fabrication is top-notch.”

The racing was as exciting as it sounds and Round 7 and 8 can be viewed on Championship Off-Road’s Livestream channel. If you desire to compete at the top level of short course off-road racing, your first stop should be to call Alumi Craft Race Cars for an expert consultation on what it takes to get behind the wheel of a championship-caliber race car. Give Alumi Craft a call at 619-596-9841 or go to: http://alumicraft.info/ to learn more about our race products and services.