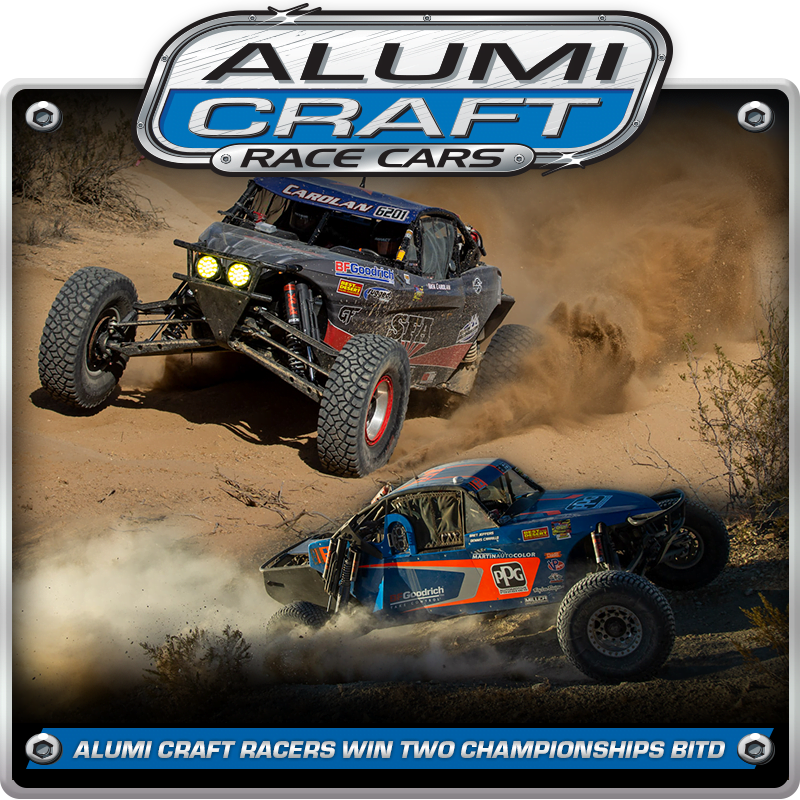 It seems off-road desert racing is as competitive as ever. In this modern era, we see organizations like Best In The Desert (BITD) Racing Association do the very tough job of organizing races. Part of that is to define classes and rules designed to foster competition and distinguish drivers rather than budget. The limited Class 1000 and 6200 division exemplifies this in totality. Reliable equipment and driver talent/experience should be the significant factors that propel success.

Bret Jeffers won the ultra-competitive Class 1000 championship in his #1069 Alumi Craft buggy, topping the chart to earn the most points. There were thirty-two racers in the class. 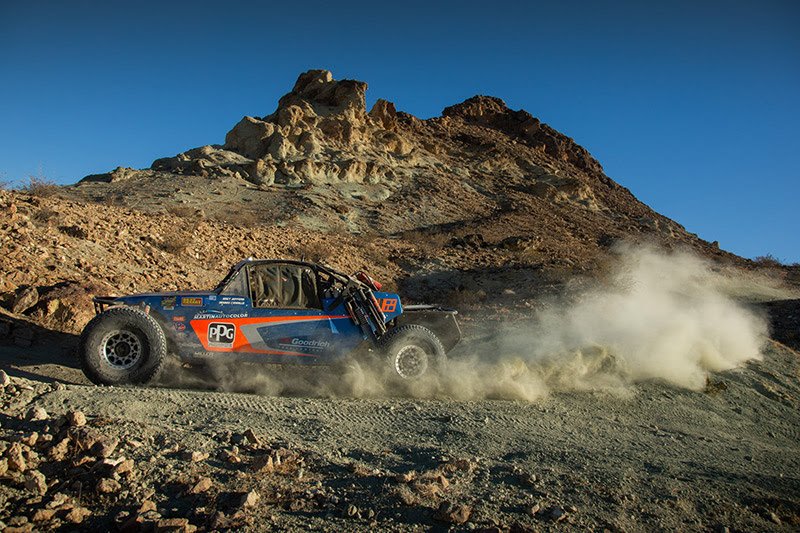 Bret Jeffers shared these comments, “After owning and driving other race cars, getting this new Alumi Craft car took me to a completely different level of competition. In my opinion, they build the best 10 car on the market.”

“This is the first year that my team and I decided to run for the championship,” Jeffers continued.  “We always seem to be in a hunt for the win but had multiple fluke difficulties. In Silver State we blew a power steering hose at mile marker three and drove the entire race with no power steering. At Vegas to Reno, we had three flat tires, all within 10 miles of the finish. In the end, we finished all of the races and stayed consistent. We could not have won the championship without a great co-driver and an amazing crew. Special thanks to Mach 1, Dave Folts Transmission, BFGoodrich Tires, PPG, Martin Auto Color and Alumi Craft Racecars. John and his staff have always been amazing and attentive to our needs.” 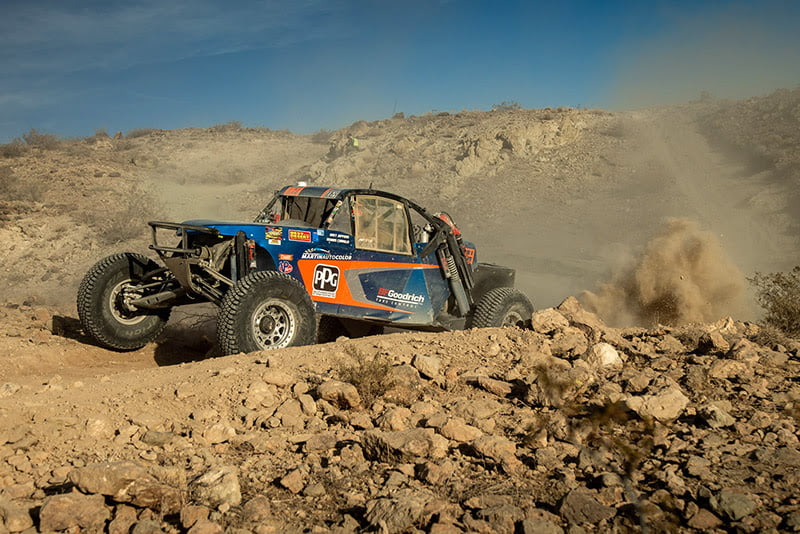 Nick Carolan stated his thoughts, “With Alumi Craft you can 100 percent know that the chassis will be strong, balanced, safe and fast. It is important to have trust when pushing a car deep into a corner at 120 mph. Years of R&D has perfected the Alumi Craft Racecar and I will not consider starting a new build without them.”

“We had a dream season,” Carolan went on. “Parker 425 was an absolutely perfect day. Everything went flawlessly. We sat behind the 1st and 2nd place spec trucks for about a lap and a half. They both pulled over at midway and we just checked out and took the overall (limited) division win. At Silver State, we got to start out in front (of limited racers) and we went on to pass all the Class 1500 cars and a Trick Truck in the first 50 miles. I hit a tree stump in the dust, causing a flat and fell back and finished mid-pack. We had a great run at Vegas To Reno, racing in the Top 3 overall, 1st in the limited divisions until we ran out of fuel one mile from Pit 10. That little bit of downtime cost us with two 6100’s getting by. We still finished 1st in class and 3rd in the division. At LDC, we had another good run, but Conner McMullen put on a clinic racing his Alumi Craft 6200 to a 3rd place overall. We finished right behind him, getting second in class and 4th in the limited division. For Cal City, I qualified 1st in the division but blew it on Lap 1 of the race by putting the car on its lid. We were able to flip it back over and finish but in dead last. Hard to do anything else when upside down for 30 min in a short race. Alumi Craft’s super impressive race car helped us achieve this great championship.” 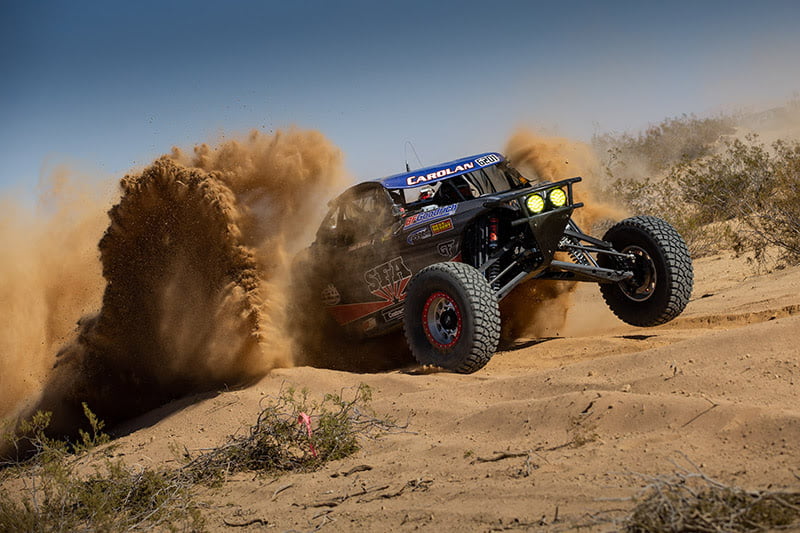 Champions like Bret Jeffers and Nick Carolan know they can push their Alumi Craft harder to get to the finish line quickly. If you need a competitive and fast vehicle capable of winning, call Alumi Craft Racecars for an expert consultation on what it takes. Give Alumi Craft a call at 619-596-9841 or go to: http://alumicraft.info/ to find out more about our race products and services.