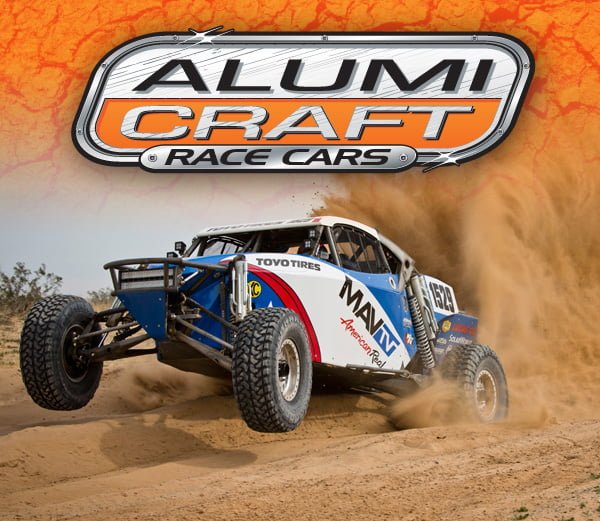 Parker, AZ – The 2014 Best in the Desert Parker 425 was a grueling race that decimated half the field. Some said it was the roughest they had ever seen and the carnage it produced backs up their claim. Despite the miles of rocks, deep sand and choking dust, Alumi Craft cars got their drivers to the finish. What’s particularly impressive is that many of the Alumi Craft cars that overcame the conditions were brand new builds making their debut. One such car was the Class 1500 car of Stronghold Motorsports. Their confidence was high going into the race but their expectations were measured; their goal was to get the car to the finish. As others crashed, broke or just succumbed to the pace, the Stronghold team ran up front. Exchanging the lead with Cory Keysar, they eventually took second place after a long hard-fought battle. “We couldn’t be any happier with the new Alumi Craft,” says Stronghold’s Scott Bailey, “The only thing we did was minor shock adjustments. It’s been a great collaboration between Stronghold, ProAm, Kroyer and Alumi Craft.” 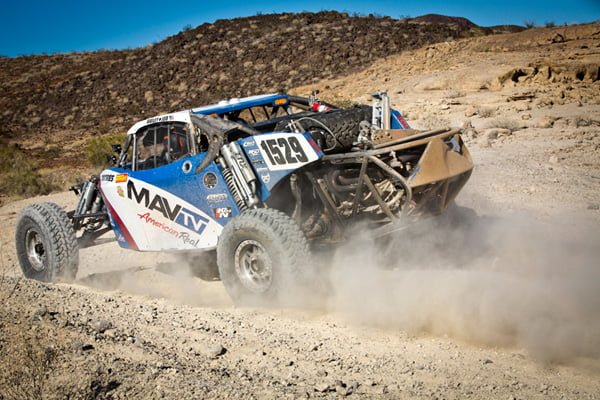 Sharing the podium with Stronghold was the third place Simpson/Hardesty team. Instead of the car, it is the driver that was new to the Parker course. Garry Simpson bought his Alumi Craft unlimited car from Darren Hardesty in 2010 and shipped it to his home country of Australia. Since then he has been running at the front of the pack finishing second in the Australian National Points Championship in the Pro‐lite class. Garry shipped the car to the US in January to compete in the Parker race. With no time on the course at all, Garry and his co-driver and Daughter Amanda turned in a great first lap of the race before turning the wheel over to Darren Hardesty and long-time racing partner Mark Randazzo. “It’s been years since I drove this car but I felt right at home within minutes,” said Darren, “The car has not lost a bit over the years, it feels even faster. To come here to Parker, compete against the best and finish on the podium is remarkable.” 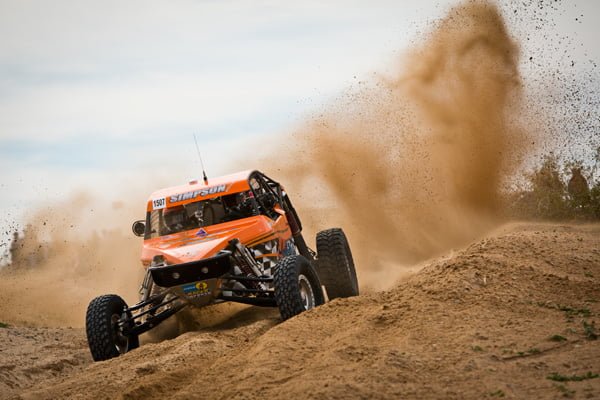 In class 1000 only 17 of 41 cars made it to the finish. Out of the finishers, Alumi Craft took four places in the top ten; 4th Todd Winslow/Matt Winslow, 7th Keith Waibel, 8th Ryan Hancock/Lonny Hart , 10th Rafael Navarro/Vic Bruckmann and in 16th position was Chip Prescott /Ben Himel. Both the 8th and 10th place finishers were brand new builds delivered the week before the race. 10th place finisher Rafael Navarro admits the Parker race was just a shakedown run for the upcoming San Felipe 250. “That’s the beauty of what you get from Alumi Craft,” says Rafael, “It’s fast right out of the box! With the big unlimited cars and trucks running huge tires it has changed the whole nature of the race course. The holes are bigger, more squared off and the ruts are deeper. The Alumi Craft handles it all, it’s very predictable at speed and it’s really fast! Not only do they build a gorgeous car but the trackside support is great too. I am very, very stoked with the new car.” 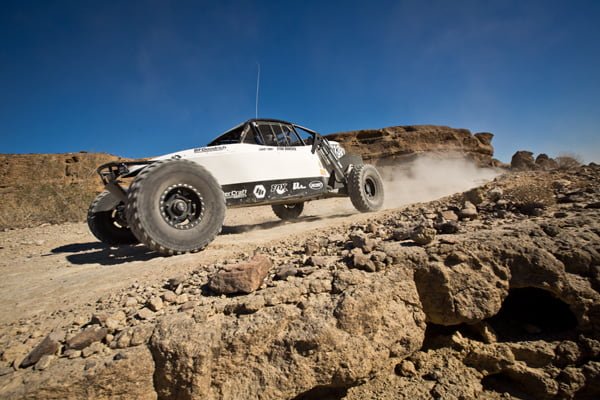 Ryan Hancock had a very simple reason for buying his new Alumi Craft class 10 car. “We have an Alumi Craft Pro Buggy short course car. When my wife saw the class 10, she had to have one. John and everyone else at Alumi Craft are so great to work with; their cars really work. We started 36th, ran as high as 3rd and finished 8th. We flattened a few tires but the car ran perfect all day. We plan on running the entire BITD series and a few other desert races as well.” 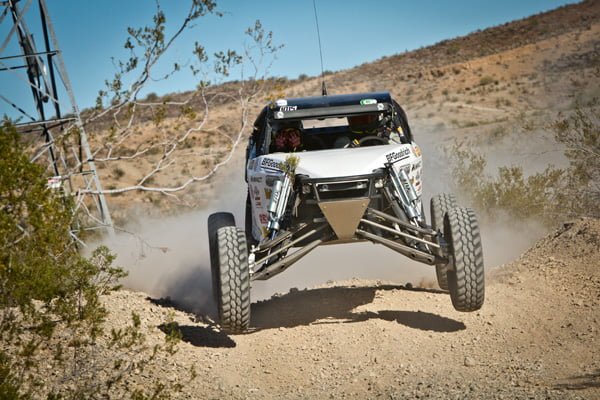 Alumi Craft cars are good “out of the box” because that’s where they have evolved from. Their distinctive look and uncanny performance is the product of outside the box thinking. The same capabilities that have allowed the Simpson/Hardesty car to excel on two continents are built into every new car that leaves the shop. Alumi Craft’s turnkey performance has earned them a proven track record that just can’t be beat.

Whether you are racing in the desert, prerunning or competing on the track, Alumi Craft is committed to providing you with a competitive, safe and reliable vehicle that exceeds your expectations.

If you demand the best, give Alumi Craft a call at 619-596-9841 or go to: http://alumicraft.info to find out more about our race products and services. To catch an Alumi Craft racer in action check the LOORRS, TORC, BITD, or SCORE race dates and locations for the nearest event.

About Alumi Craft
Alumi Craft is the premier racecar chassis manufacturer in the off road industry. Crafting cars from lengths of 4130 Chromoly tubing is our specialty. We offer a variety of vehicles to accommodate the professional off road racer to the recreational driver. Since 2004, Alumi Craft racers have earned countless wins and twenty-one points championships; eight in short course and thirteen in the desert. Rob MacCachren, Chuck Cheek, Cameron Steele, Luke McMillin, CJ Greaves, Matt Cullen, Darren Hardesty, Darryl Smith, Gunnar Peterson, Mike Porter, Mitchell Dejong, Roger Starkey and owner John Cooley have all won championships behind the wheel of an Alumi Craft race car.