An early end to Rally Estonia for Katsuta and Barritt

TOYOTA GAZOO Racing WRC Challenge Program driver Takamoto Katsuta was running third overall on Rally Estonia before he and co-driver Dan Barritt retired early from the event, so that Barritt could receive attention for discomfort he suffered following a heavy landing from a jump. 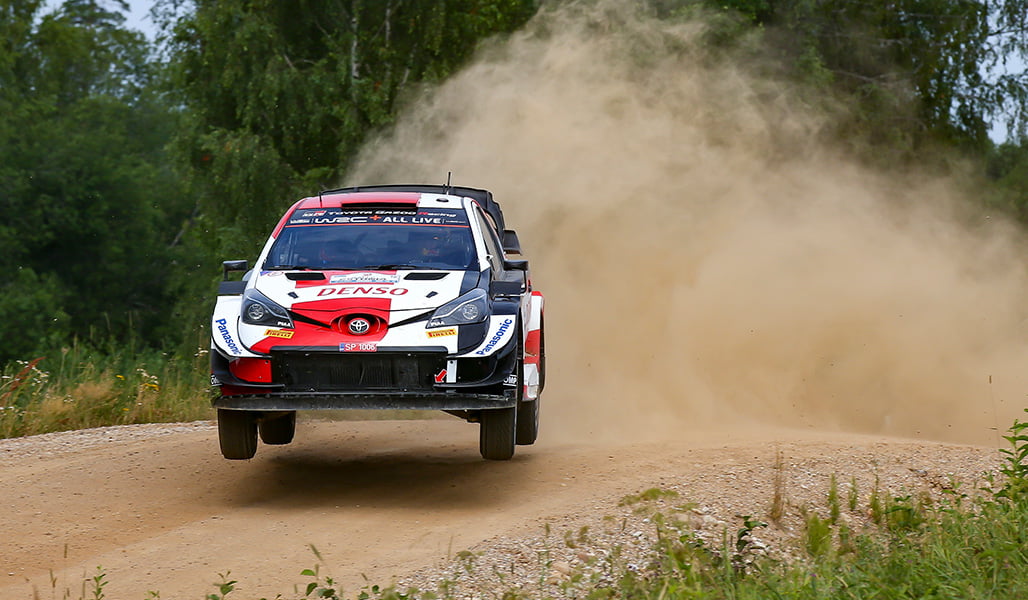 Once checked over by doctors, who confirmed there were no serious injuries, Barritt was released from hospital but advised to rest, meaning there was no possibility for the crew to restart the rally and take part in the remaining days.

Rally Estonia was being held as an FIA World Rally Championship round for the second time after its debut in 2020, although Katsuta also took part in the event in 2016 and 2019. This, together with his experience of similarly fast gravel stages in nearby Finland, meant Katsuta was looking forward to the event, where he ran inside the top five last season until a final-day crash.

With those high expectations, Katsuta admitted to being too cautious through the rally’s opening stages, but on SS4 he set the third-fastest time and moved up into the same position on the overall leaderboard. However, after one of the many jumps on the Estonian stages, Barritt experienced discomfort around his neck and back. Together with team management, the decision was taken to retire on the road section after SS4 as a precaution so that Barritt could be checked over.

Quotes:
Takamoto Katsuta:“I was really excited to this rally and driving on these nice and fast stages. On Friday morning I was a bit careful in the first two stages, but I tried to improve step by step. I had a very good feeling on SS4: a few mistakes but still the time was pretty good, so we were up to third overall which was a good feeling. But on one big jump we landed maybe slightly hard on Dan’s side, and he felt a bad feeling in his neck, so we decided to stop on the road section so he could get help. In that moment the most important thing was Dan’s health, and I’m glad that he was OK. Of course, it was a bit disappointing that we could not continue the rally, but things like this can happen and now I will look forward to the next event.”

Juho Hänninen (TOYOTA GAZOO Racing WRC Challenge Program instructor):“This was one of those rallies that Taka was really looking forward to. He wanted to do a really good result and show what he can do, and not drive on the safe side so much. We were ready, we had a good test before the rally, and he was really feeling confident. Maybe he was a bit careful in Friday’s first stage, but after that he was getting better and better. It was a huge disappointment for both Taka and Dan that they had to stop so early, but these things can happen in rallying: The most important thing is that Dan is OK. The impacts after the jumps in Estonia are maybe stronger than on any other rallies and it’s tough for all of the co-drivers. What we can see is that the speed was there, they were third overall at that point and that shows that a good result was very much possible. The next round in Belgium is a new rally for almost everybody and I’m confident that it’s a good chance for Taka, and he can also look forward to Rally Finland later in the year as another chance to drive on these types of roads.”

What’s next
The Ypres Rally will form Belgium’s first ever WRC round on August 13-15. First held in 1965, the rally is known as a demanding asphalt event on farmland roads lined with ditches, and is also set to feature a final day held around the famous Spa-Francorchamps racing circuit.