AN EXCITING CONCLUSION TO A MONTH OF RACING WITH PODIUM FINISHES FOR THE STRONGHOLD TEAM! 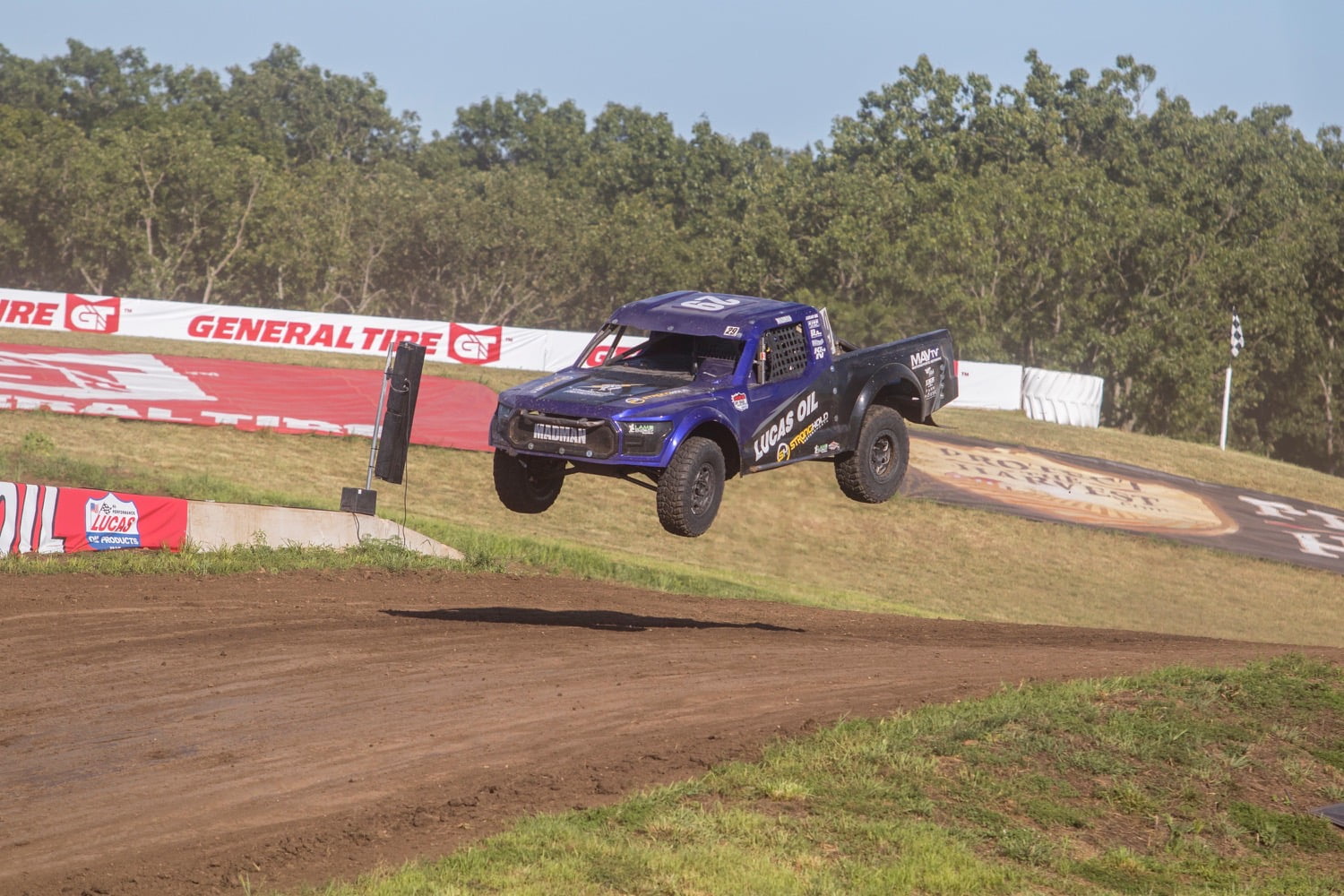 (8-25-2020) Wheatland, MO. In a year that can only be described as bizarre with unprecedented times and a future that has challenged the US Economy, Business Owners, Racers, and Family Members…it was a nice relief to get back to what we love and enjoy…RACING!

The Stronghold Motorsports team completed a month of back-to-back races which consisted of 5 rounds of the Lucas Oil Off Road Short Course Series (LOORS) and a Best in the Desert Series Off Road race which is the longest race in the United States at a whopping 514-mile stretch referred to as Vegas to Reno Desert Race.

With renewed excitement Stronghold Motorsports has re-entered the Lucas Oil Off Road Racing Series, after a short reprieve, driven by the encouragement from their longtime Primary Sponsor Lucas Oil/MavTv. Coming into the year SMI had high hopes with the addition of 2 new drivers Madix “MadMan” Bailey racing the #29 (Pro-Lite) and Irie “Love” Bailey racing the #429 (Jr-2), the grandchildren of team owners Beverly & Scott Bailey. Starting the series off with great starts, Madix the MadMan has accomplished more than what could have been expected with podium finishes at 4 out of the first 5 rounds of the LOORS series. Madix finished 3rd place at 3 of the rounds and a 2nd place at another round, who now finds himself sitting in a fantastic spot in the points at 3rd and leading for the title of Rookie of the year honors.

Irie “Love” Bailey, the younger granddaughter of the Bailey’s pulled off what was an impressive 3rd place podium finish in round 3. Her first season in the JR-2 class, Irie is on her way to many more podiums and earning the respect of what is considered a mans world of off-road racing. No doubt she’ll be up there with the likes of many famous female off-road racers in no time.

Stronghold Motorsports has been involved and raced in nearly every class within the LOORS series since 2007. The Stronghold Motorsports team, which includes Madix and Irie, follow in their father Brandon Bailey’s footsteps, who has driven the Super buggy and Pro-4 classes. The SMI team has won numerous championships and honors in the last 5 years of the series.

Scott Bailey Co-Owner of Stronghold Motorsports said “He and the Bailey Family are very excited about the results their grandchildren obtained, they have exceeded all of our original plans and goals. This is a family managed Team and we are very happy to further involve the kids in motorsports.” Both Madix and Irie have raced Trophy karts since they were 6 and 7, originally starting at the regional level advancing through the different classes. With this being the first year in the Pro class (Pro-lite) for Madix.

(8-14-2020) Las Vegas, NV. Ten days prior in the Best in the Desert Racing Series the Driver Team of Brandon Bailey and David Mason Jr. qualified 1st in class and 9th Overall against 45 Trophy Trucks and Unlimited Buggies. The #1529 Unlimited Buggy was 1st in class to start in a group of some of the best Trophy Truck drivers in the world. David Jr started 9th off the line and had a clean run amongst the heavy dust in the desert. Class competitor Jake Johnson was able to make up time on the #1529 car starting nearly 7 minutes behind the Stronghold Team. After a driver change and a lead of 4:00 minutes, Brandon would take over the race at mile 226 with over half of the race remaining. Brandon and his navigator Jason Dudley were able to close the gap on Johnson to within 2 minutes, but suffered a flat that would decrease that short window. The race would finish with Johnson winning in a time of 8 hours 21 minutes and the #1529 at 9 minutes after first for a 2nd in class and a 15th overall. This finish helped Stronghold Motorsports secure 2nd place in the points battle just 3 points behind the first place of Sam Barri and 2nd in the Maxxis Triple Crown Overall Championship.

Special thank you to our sponsors: