ERENDIRA, BAJA CA, MEXICO-The Inaugural BAJA RALLY de MOTOS Presented By KLIM ended Sunday in San Quintin on the sand dunes of the Santa Maria Hotel and has been deemed a full success with all riders accounted for and safe. Baja Champion and 5 time DAKAR entrant Andy Grider (#36) owns the title for the first ever navigation based rally raid staged in BAJA CA with Cameron Steele and Chilly White rounding out the podium. 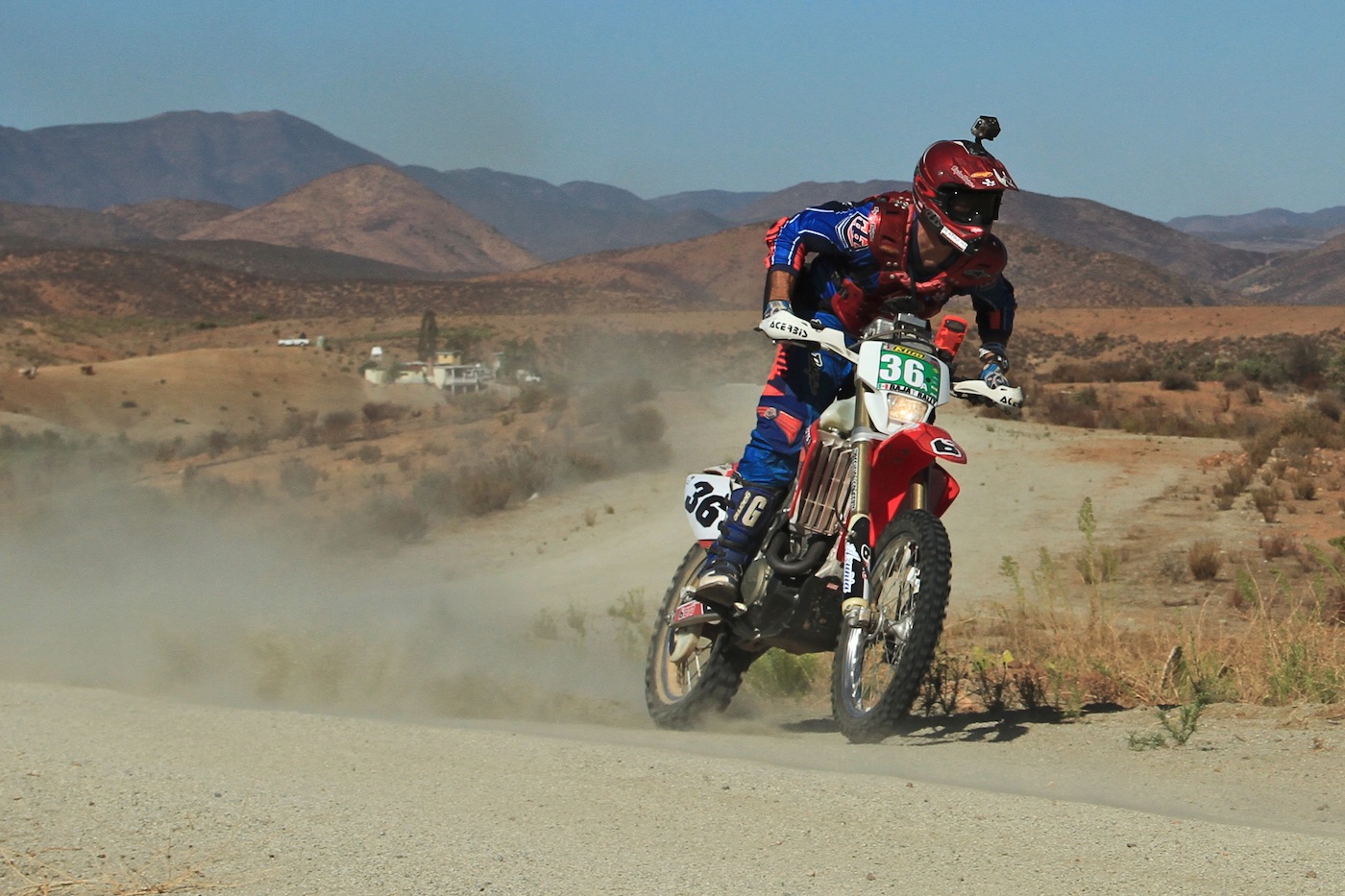 Quinn Cody (#39) enjoyed a comfortable lead from the first mile of the rally until his engine blew up only 10 miles from the finish line. Andy Grider crossed the finish line and waited for Cameron Steele, Ned Suesse and Nino Rojas to finish. After reviewing rider data, Grider, who ran all of stage 3 without the essential odometer, was deemed the champion over rally rookies Cameron Steele and Chilly White. Grider beat Steele by a mere 6 seconds after a 30 minute penalty Grider suffered for not navigating into a dune section near Costa Brava. 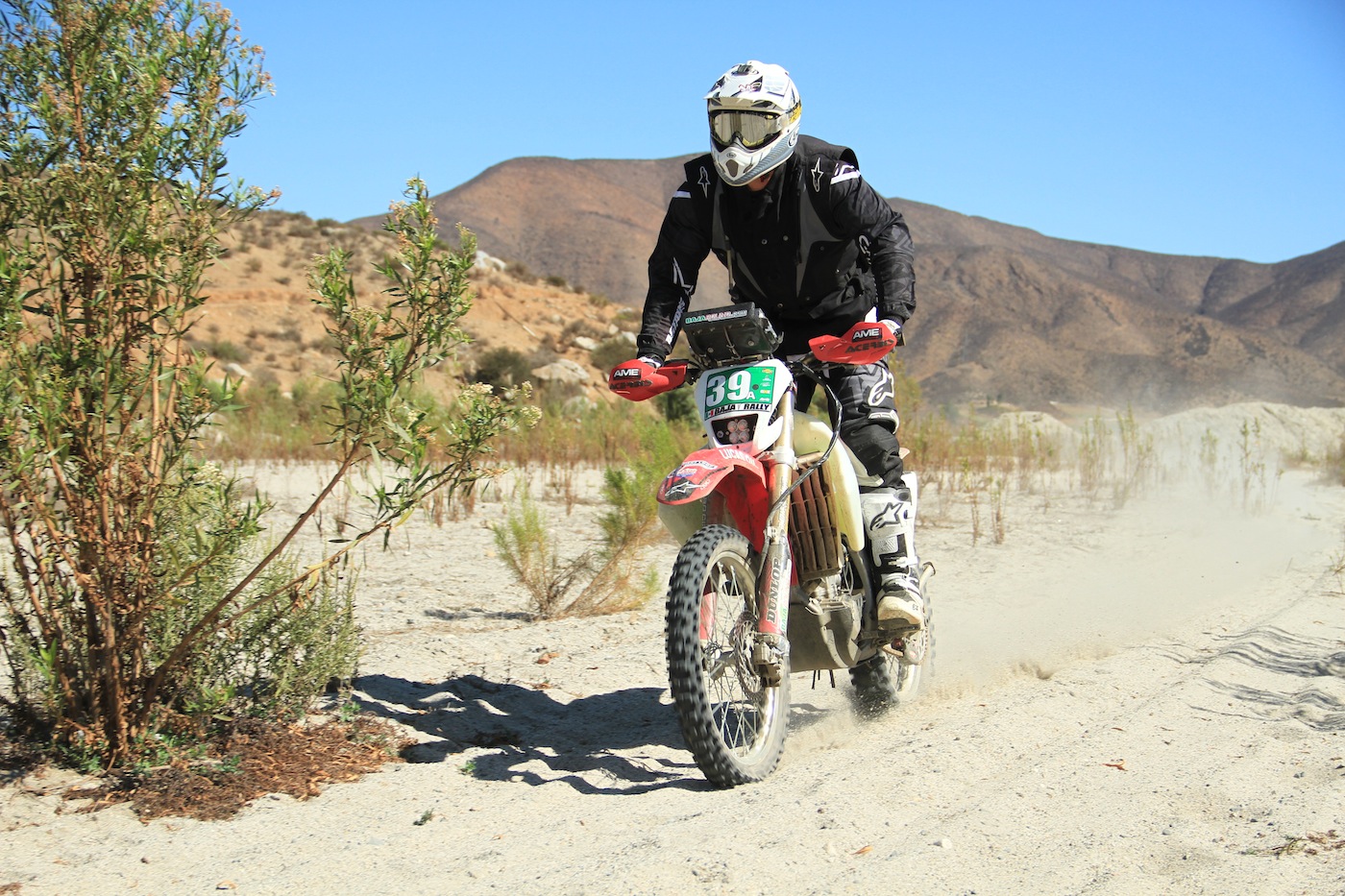 Local champion Gerardo Nino Rojas (who is expecting first son Sebastian in a few weeks) held his own for the stage 3 win on Sunday narrowly beating out the fast and efficient DAKAR finisher Ned Suesse (#12). Ned, who rode an otherwise great rally, might have won the entire event had it not been for a time-consuming navigation error on Saturday’s stage 2. 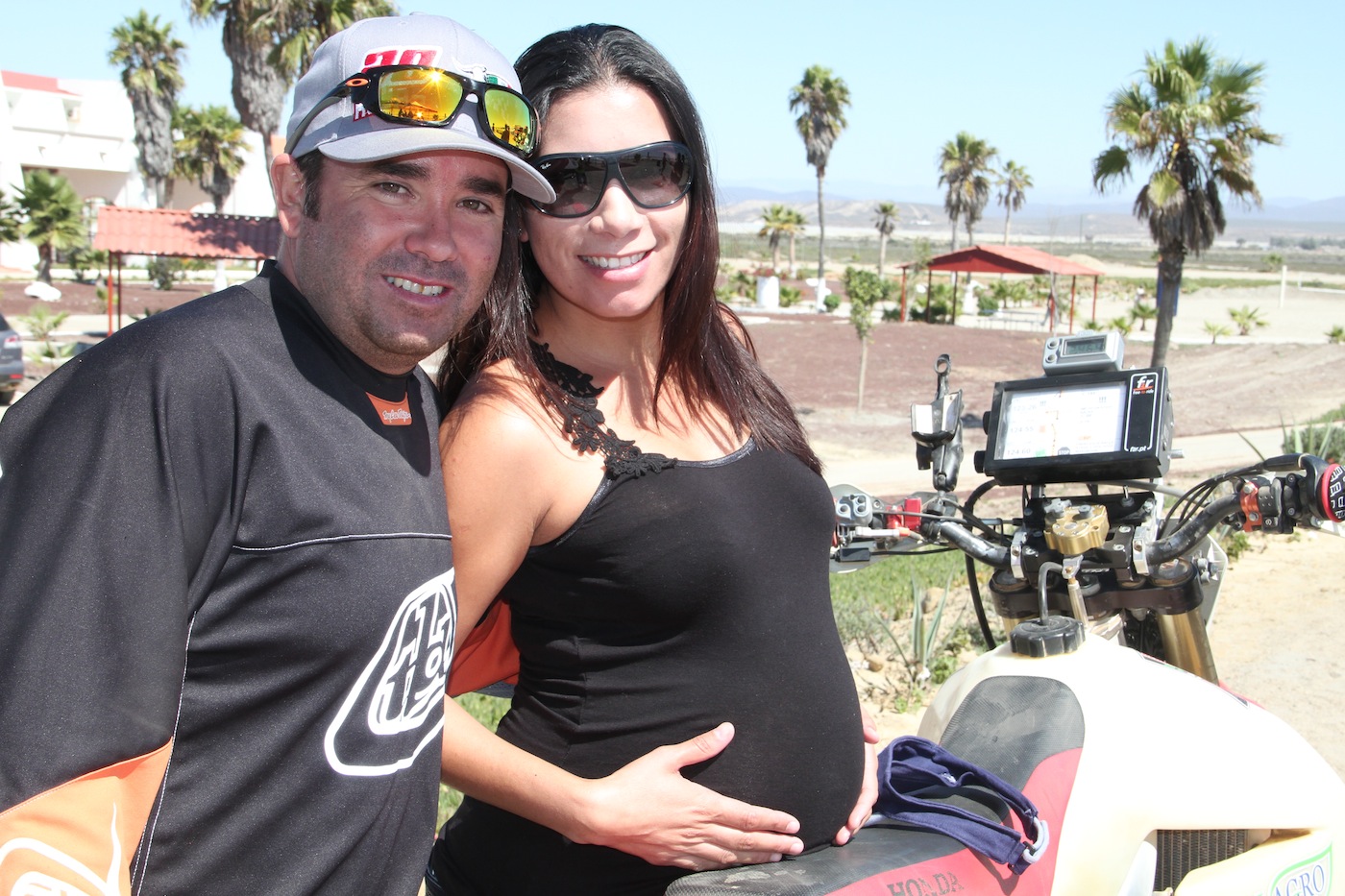 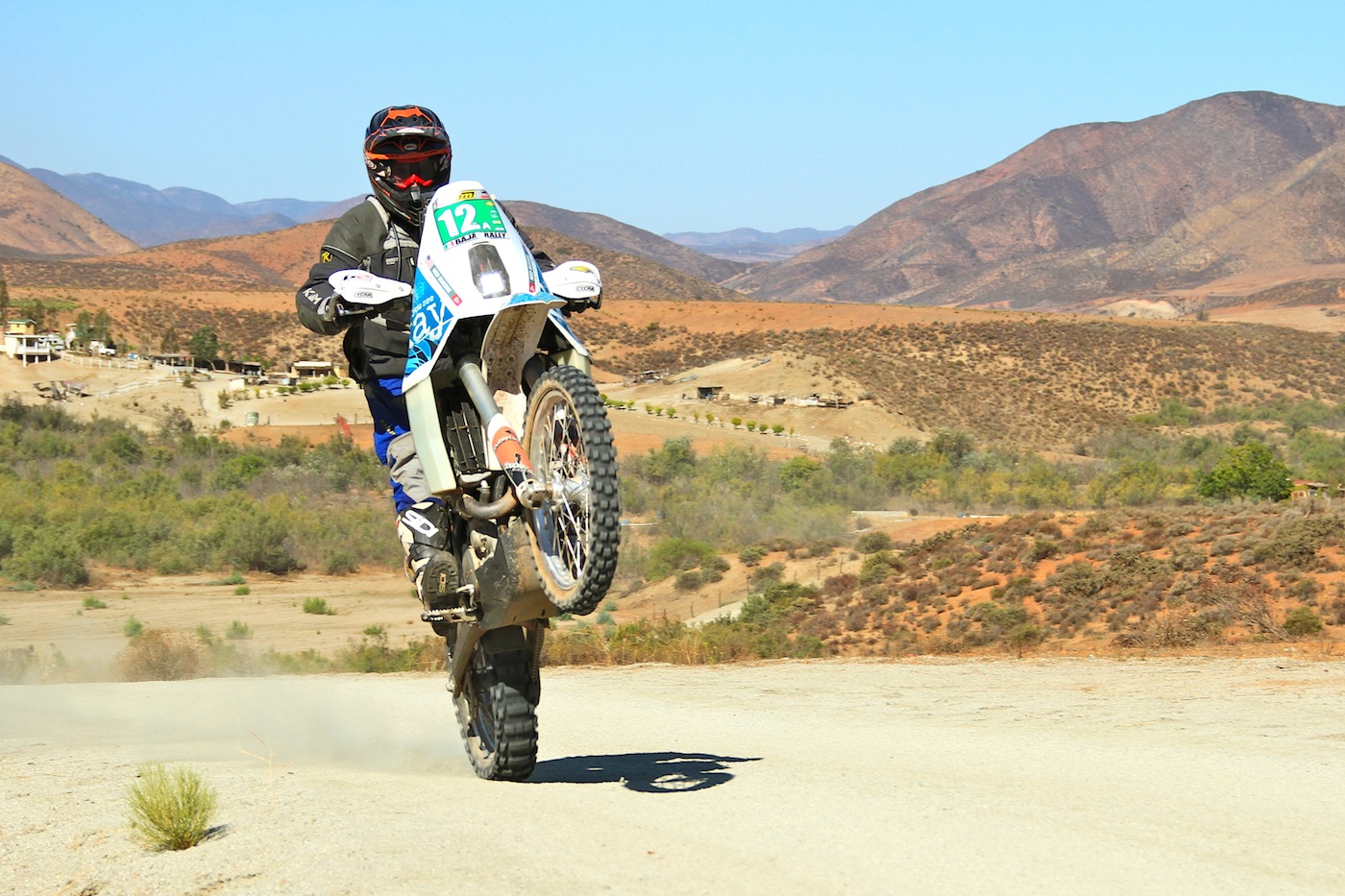 The event found two new rally converts in Cameron Steele and Chilly White who each started their very first rallies on Saturday and each finding himself on the podium in San Quintin. This may be a sign of things to come as these two highly visible BAJA figures will likely spread the word to race fans that rally moto is a challenging and fun discipline to add to ones repertoire. 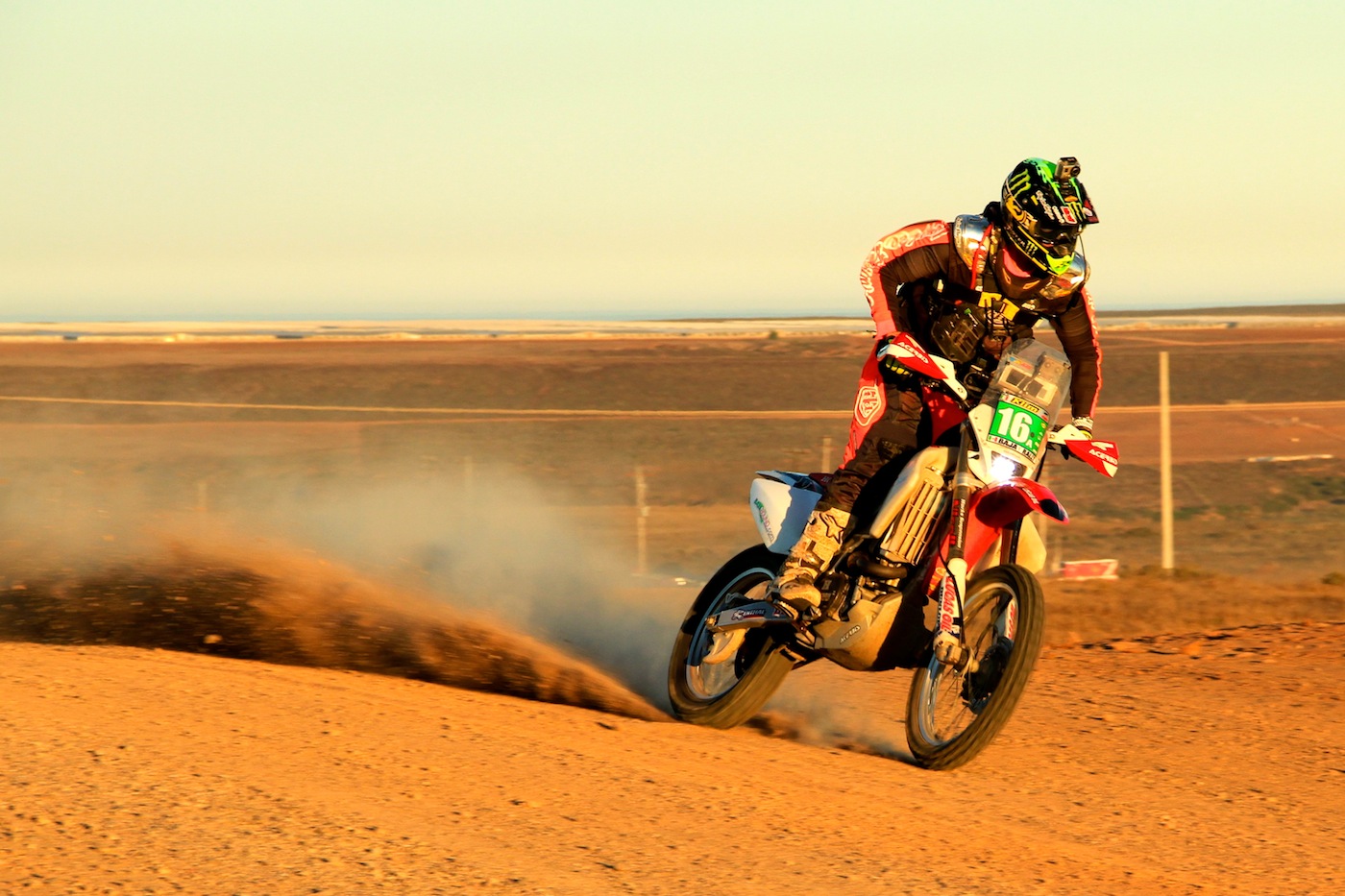 Riding in her first modern rally was BAJA matriarch Anna Cody (Quinn’s sister and first female to solo the BAJA 1000 on a bike). Anna fought a worthy battle in her own right, struggling through 2 days of expert level navigation. On Sunday, Cody was riding from the back with the legendary “Mr. Baja” Larry Roeseler, who had his own navigation and compliance issues from Saturday. After the pair shared the track for most of Sunday, Anna’s HONDA CRF 250X gave out only 27 miles from the finish and she found herself cast away on a remote beach west of San Quintin. After 2 BAJA RALLY search teams arrived to her, a loaner bike was presented for her to make an un-official, yet honorary completion to the inaugural event. Cody was riding the #208 bike in honor of her fallen friend Jimmy Stocker, who passed away racing the NORRA Mexican 1000 in May. 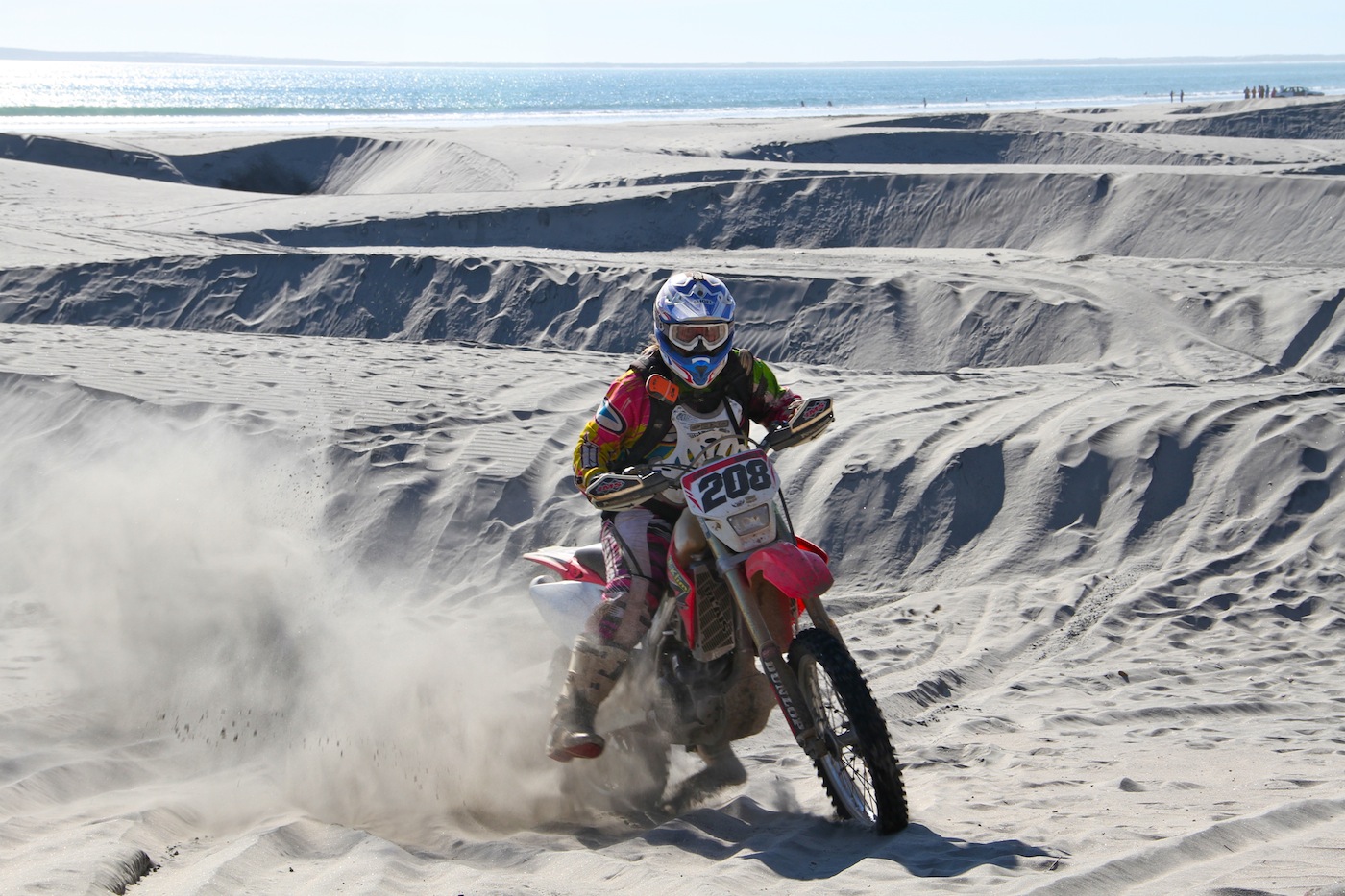 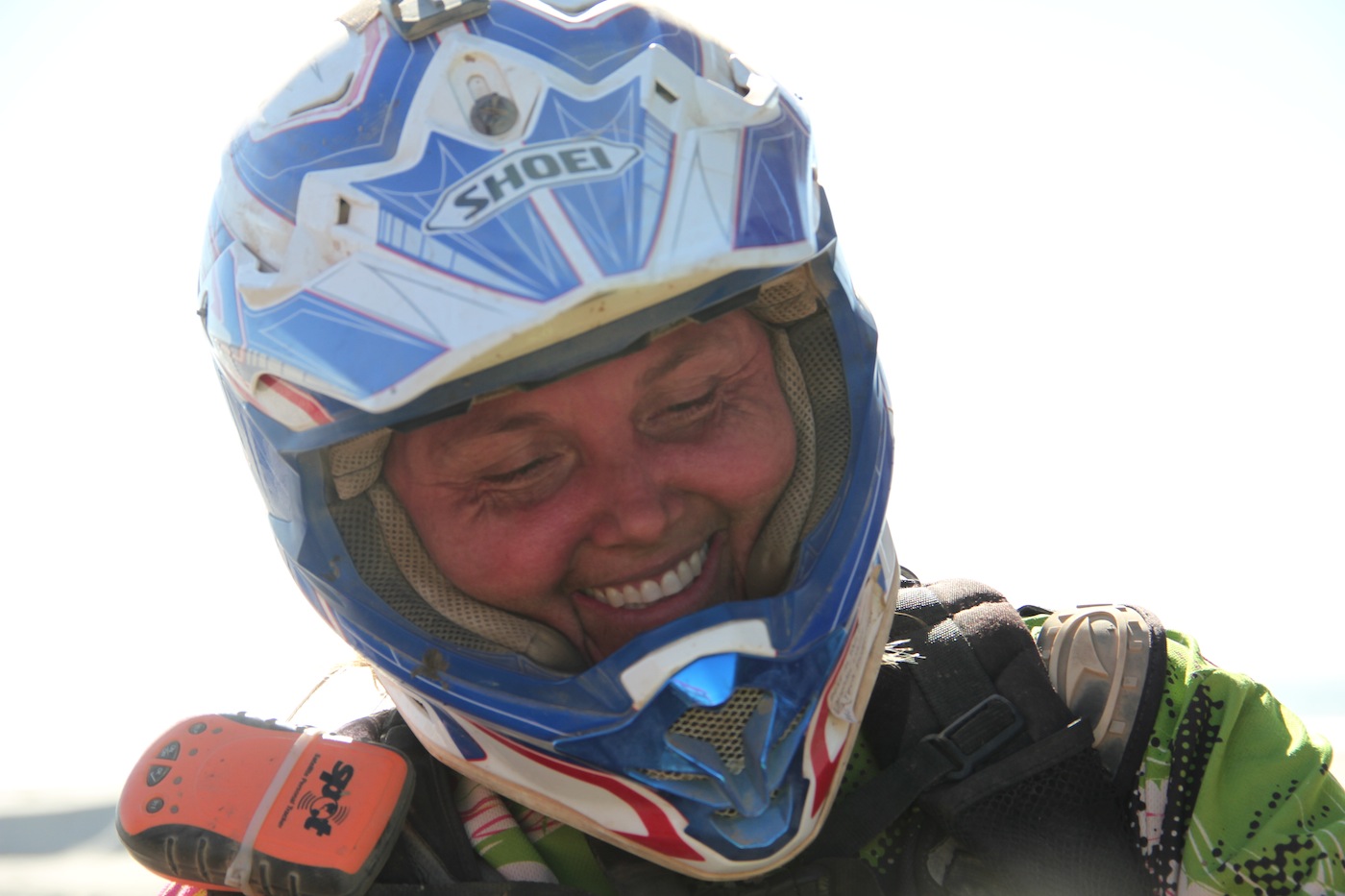 The BAJA RALLY was the first ever navigation-based rally raid held in Baja CA and was warmly welcomed by Mexican authorities and hosts looking for new and interesting events in Baja where newly introduced visitors can take time to learn the varying cultures of Baja’s diverse landscapes. BAJA RALLY creator Scotty Breauxman deemed the event at smashing success and credited local hosts, sponsors and his team with pulling off what may mark a turning point for off road racing in Baja. 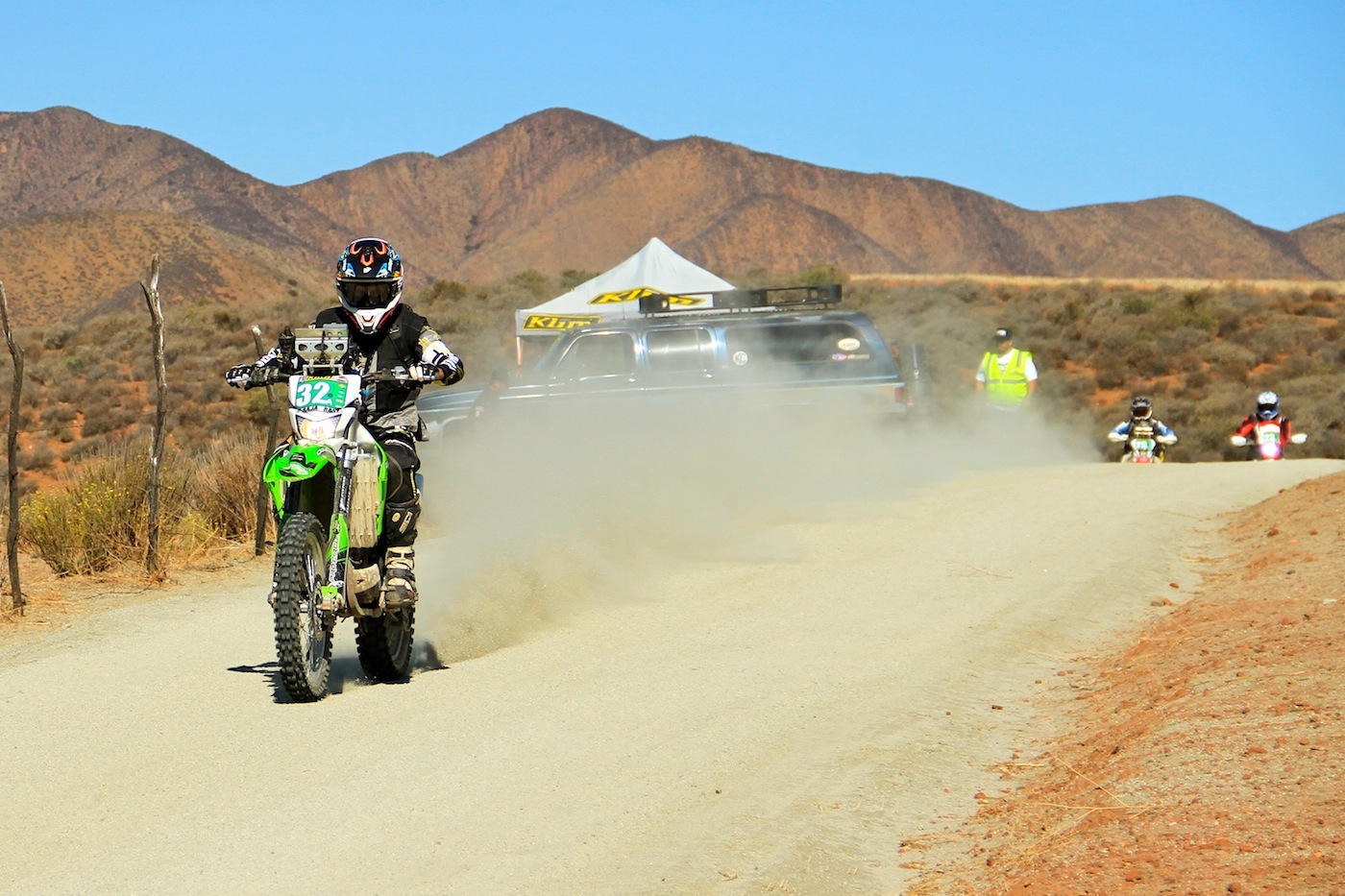 “Our dedicated team of officials carried out our goal with the blessing of state and local governments, tourism officials, land owners and host hotels”, explained Breauxman, “I am truly proud of our entire team, the riders from far away and their support crews for this amazing collaboration that we will parlay into the next BAJA RALLY event in spring 2014. It has been a group effort and I credit everyone else involved with this success.” 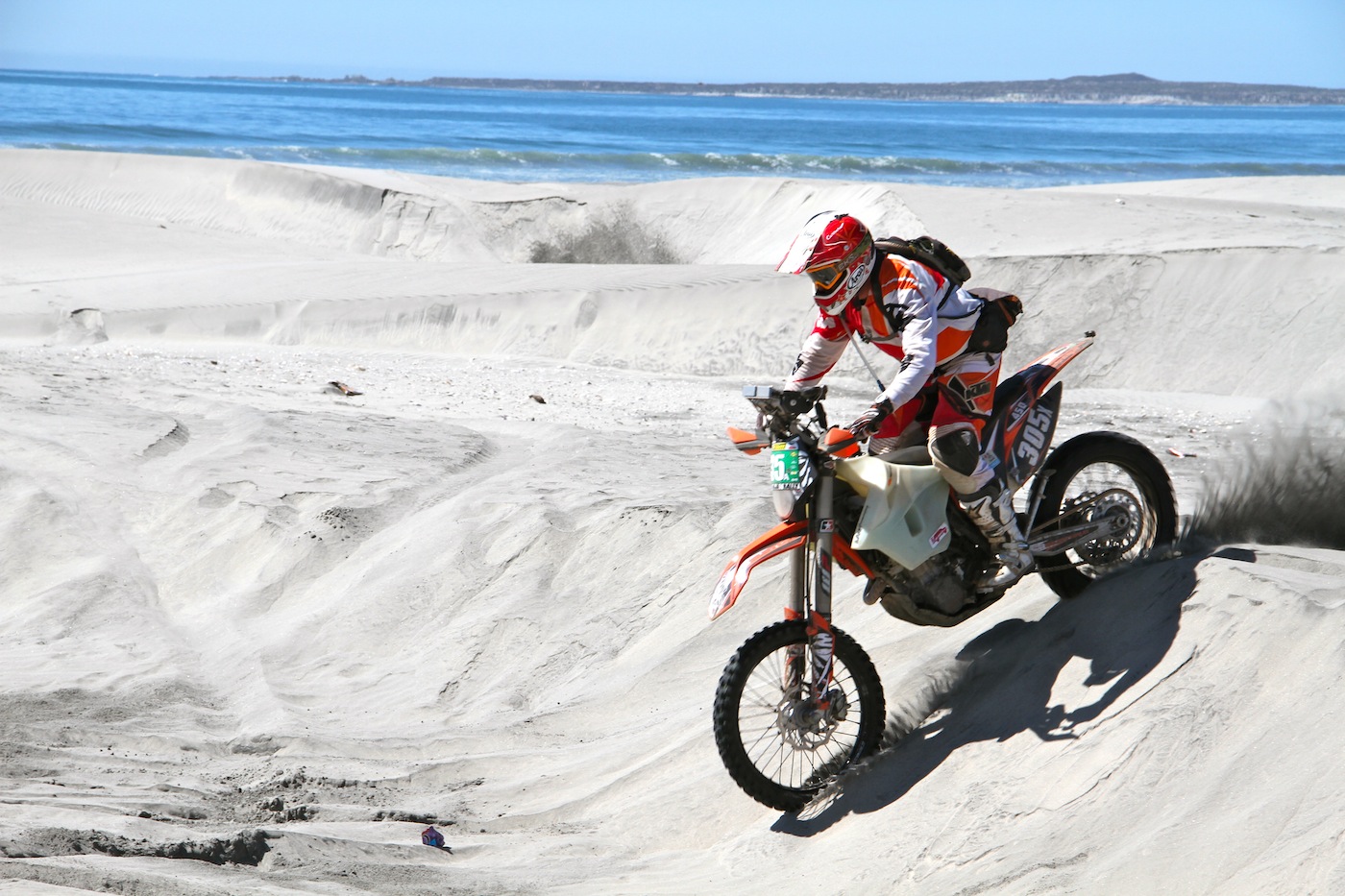 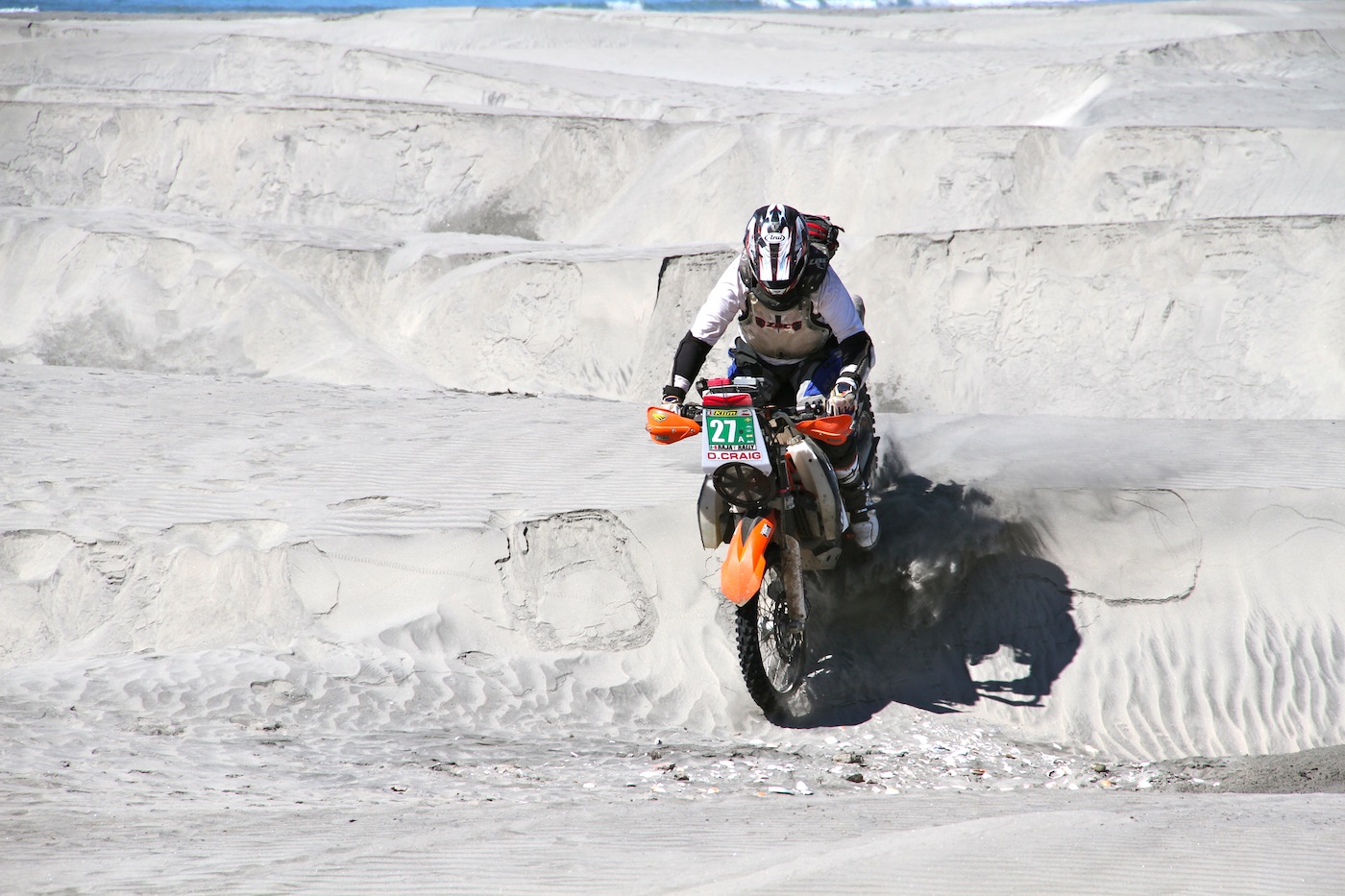 The next BAJA RALLY (dubbed BAJA RALLY 2) is slated to run May 21-25 in Northern Baja, CA and will feature 4 days of rally stages including a short prologue “super stage” on May 22. More information available at www.bajarallymoto.com