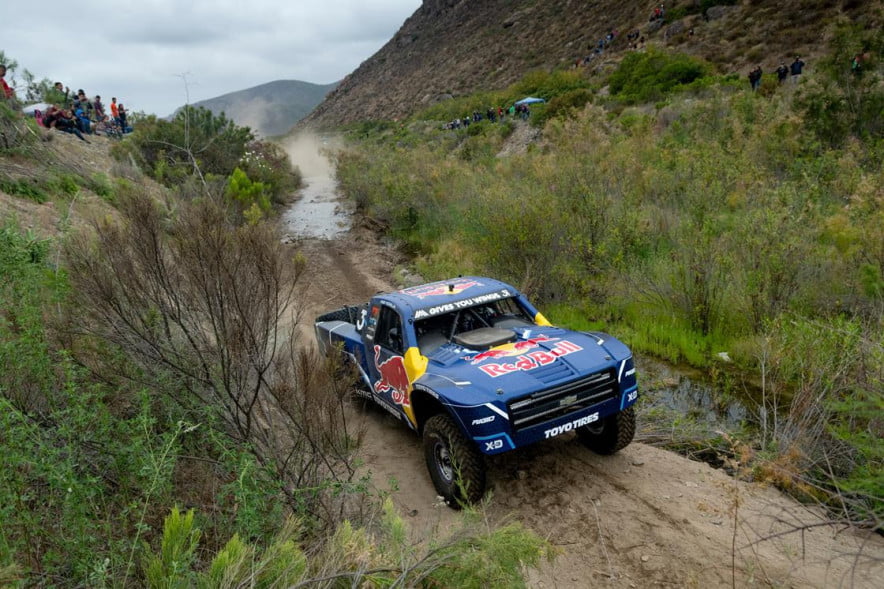 Andy McMillin is celebrating his second big race victory of the year after winning the 51st edition of the SCORE Baja 500. McMillin started first on the grid due to his San Felipe 250 victory earlier in the year and he steered his Chevy Trophy Truck to another win in Mexico. The third Baja 500 triumph of McMillin’s excellent offroad career further underlines his legendary status in the sport.

McMillin arrived in the Baja Californian peninsula last week in a confident mood, thanks to securing his latest San Felipe 250 win in April. Next on his list of targets was to make it a hat-trick of Baja 500 wins by adding to his victories at the race in 2010 and 2017.

First place on the grid gave McMillin plenty of open road to aim at as he sped off the line on Saturday to complete the 487-mile (784km) route. Nine hours, 49 minutes and 12 seconds later he was back at the Estero Beach Resort in Ensenada. None of his competitors had been able to pass McMillin and the chequered flag was his to claim.

Finishing runner-up to Andy McMillin at the 2019 SCORE Baja 500 was his cousin Luke. Bryce Menzies battled from an 11th place start to bring his Ford Trophy Truck home in third place, but an hour time penalty for pitting on the pavement saw him later classified as the sixth placed Trophy Truck.

Winning the first two races of this year’s series puts Andy McMillin clear at the top of the SCORE International Offroad Racing points table. He’ll be back in Ensenada in September to try and make it three wins in a row at the inaugural SCORE Baja 400.

Find images and stories related to the SCORE Baja 500here

Andy McMillin: “We did it again! Overall winners of the SCORE Baja 500! We had an amazing run, and had an epic battle with my cousin Luke McMillin. That’s two in a row for us and our team, and let me tell you firsthand these don’t come easy. It’s a huge effort from our whole team, the pit crews, the chase teams, my family. It’s a huge effort by all of us to try to win these races.”