Andy McMillin wasted no time starting off the 2018 season showing why he is one of the top drivers of all time in the sport. We say top drivers because there are a lot of people who are fast, but to be considered a top driver you have to be smart as well. You have to know when to back down a little and when to push, you need to be able to save your equipment so that it can last three laps on a brutal Parker race course. 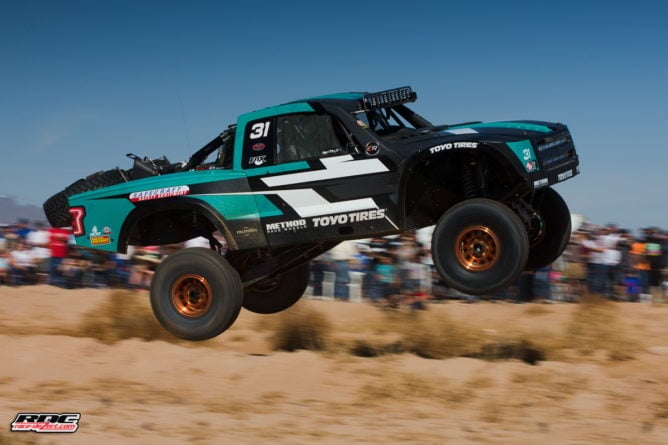 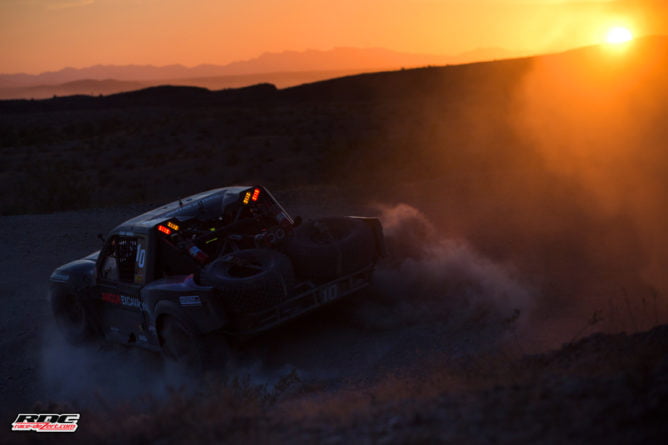 For the 2018 season Andy made the decision to have Mason Motorsports build him a brand new Trophy Truck and go back to have a race team of his own. The past two years Andy teamed up with TSCO Racing renting their house truck and took home the win last year at this very same race, but showed that it doesn’t matter what truck he drives, he is a threat no matter what. 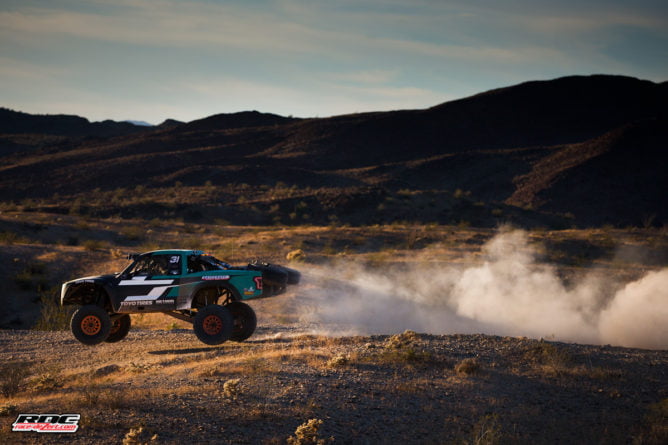 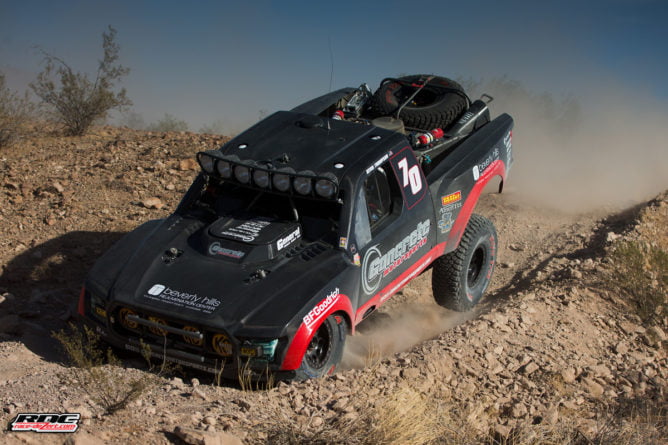 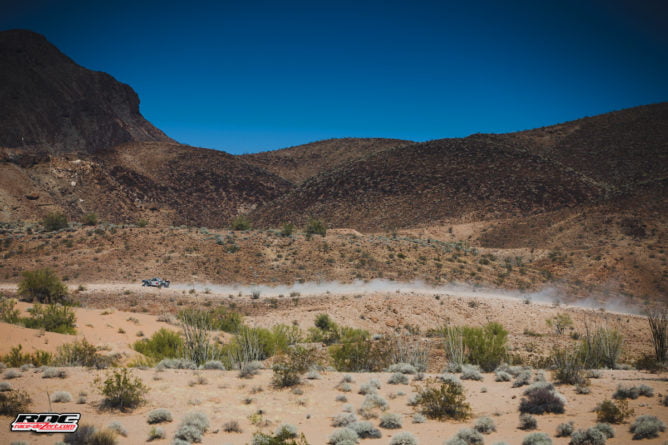 Qualifying first on Thursday would give Andy and his co-dog Brady Thompson clean air for a while with Harley Letner starting next one minute behind. Letner did a great job on lap one staying just outside the #31 dust trail and the two put a nice gap on the rest of the field, but going into lap two Andy turned it on. 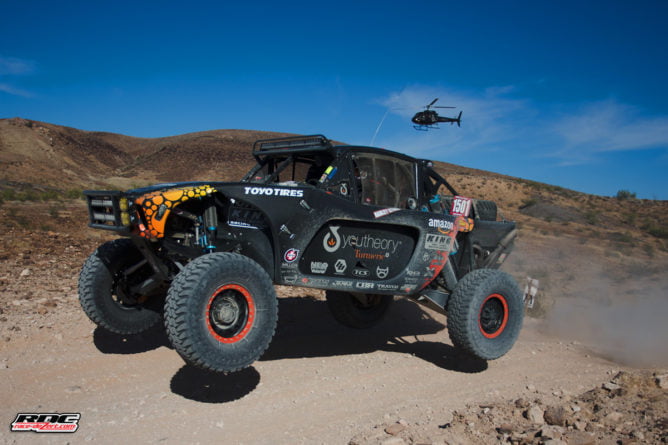 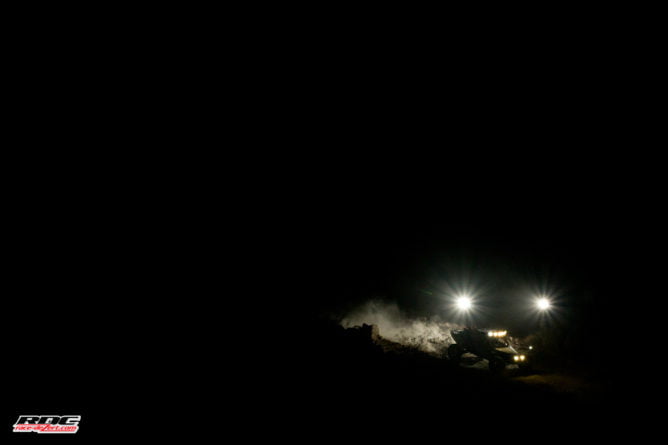 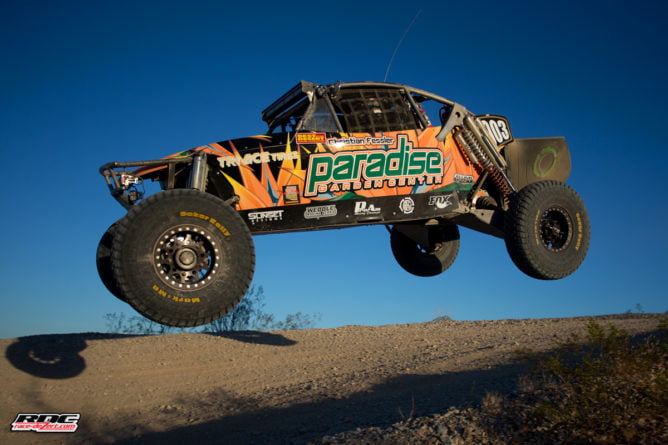 Near the end of lap two Andy had around a 7 minute lead and the gap only got larger on the last lap. Letner would fall back and with the sun setting and the dust starting to hang it was Andy’s race to lose. 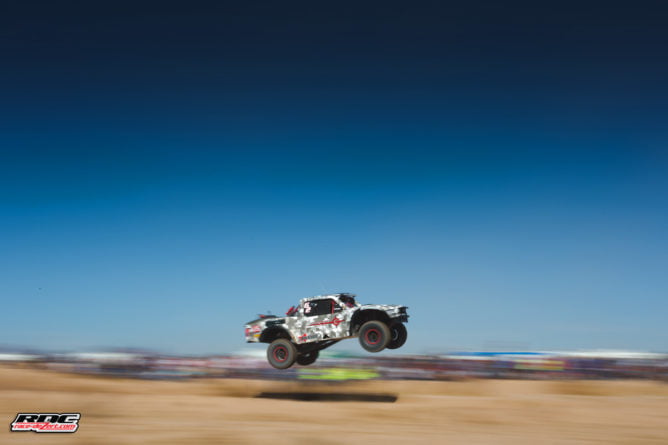 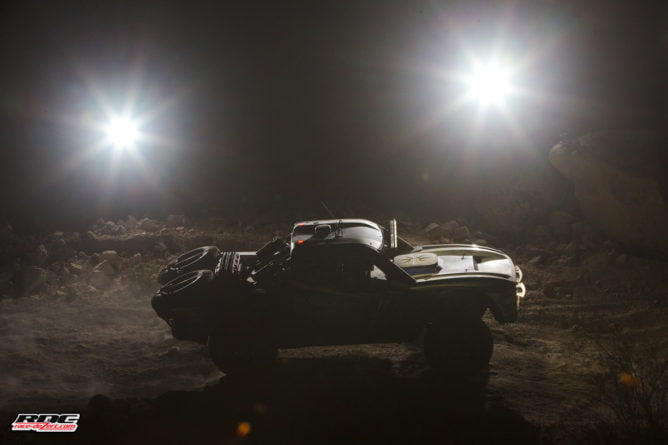 Coming across the finish line first an excited Mason Motorsports greeted the Parker 425 champion to celebrate their first win in Trophy Truck as a chassis builder, and with having Andy McMillin at the wheel they will have many more to come.