With an unofficial time of 10 Hours, 3 Minutes and 3 Seconds Andy McMillin wins his third SCORE Baja 500 in the prestigious Trophy Truck class. Starting fifth off the line after qualifying Andy began the race at a fast but conservative pace waiting for his opportunity to push forward. McMillin was able to get around Tracy Graf early in the race, and after Alan Ampudia dropped a motor at mile 95, BJ Baldwin rolled near Mikes Sky Ranch, and Bryce Menzies ended his day with a DNF, Andy took advantage of the clean air. 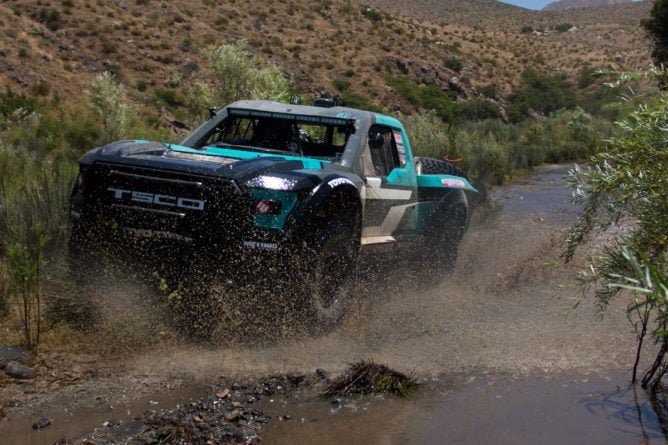 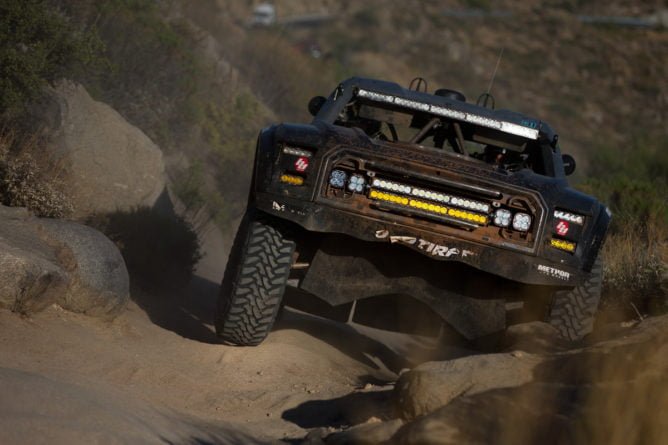 Mile after mile Andy started putting time on Justin Matney and Rob MacCachren who were trying to chase him down, but when the checkered flag was drawn and times were sorted out it was Andy McMillin and co-driver Brady Thompson standing on their roof celebrating.

Full official results will be available for SCORE tomorrow morning along with our full photo gallery from this epic Baja 500!