Adding to his already long list of accomplishments in off-road racing, Andy McMillin put another W on his resume as he took home the win at the 2019 SCORE Baja 500 this past weekend. That makes his third Baja 500 win which matches both his father Scott and uncle Mark who both have three Baja 500 wins as well. Just like his race number with this win it gives him 31 overall wins in his career. Not too bad for the 32 year old McMillin. 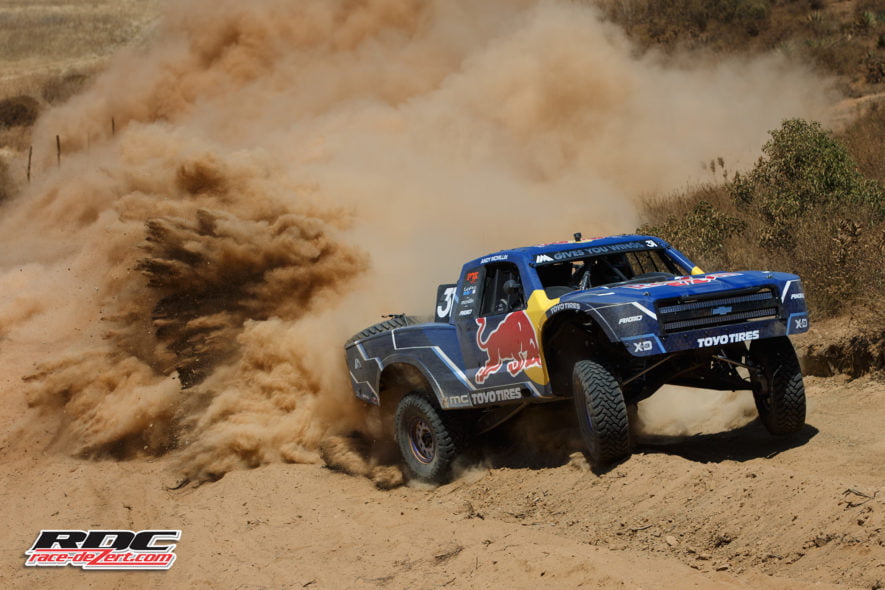 With his win earlier in the year at San Felipe, Andy would start first off the line in the short course track at Estero Beach. New to this race due to local elections being held in town SCORE moved contingency and the start/finish to the Estero Beach Resort with mixed reviews from fans and teams. Some liked the change of pace and having the side by side starts added to the excitement off the race. There were even times coming into the finish where drivers were side by side on the track racing to the finish. Rob MacCachren and Greg Adler put on a great show coming into the checkered flag. 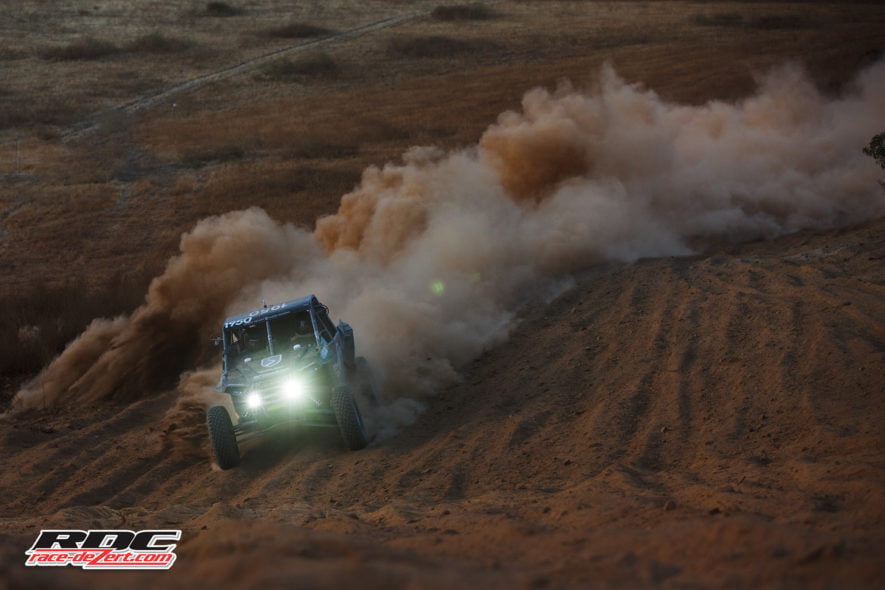 Having clean air McMillin used the opportunity to push the pace off the start. The side by side starts meant that more vehicles were within closer proximity of each other which meant more dust to battle through. Many racers were saying the real race didn’t start till after the summit since the majority of the race course from the start till there was mostly single lane with not a lot of options to pass. 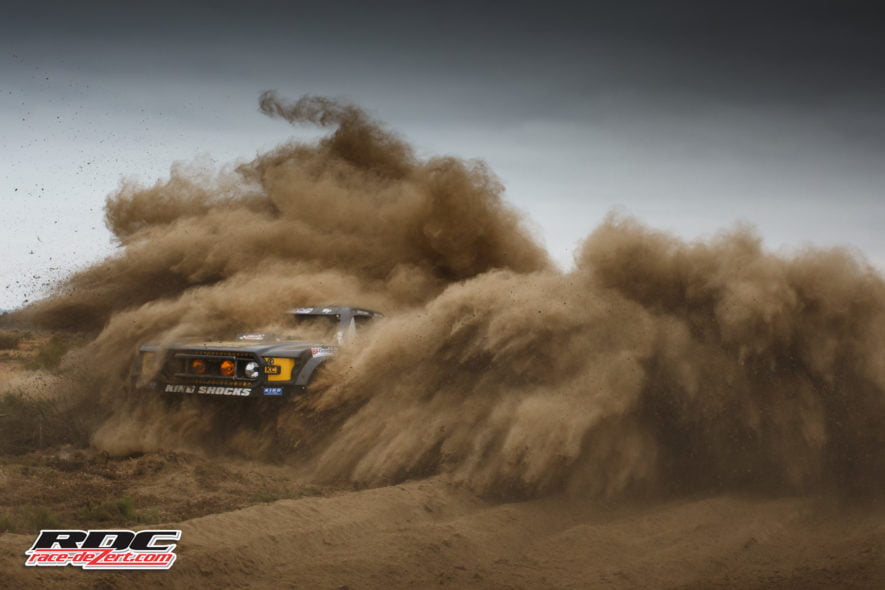 The race got interesting from the start with lots of chaos and stuck vehicles within the first 15 miles. The race had to be halted for 16 minutes when multiple Trophy Trucks getting stuck at mile 2 in silt blocking the race course. They were all pulled out by a grader but the trucks that didn’t get stuck checked out. There was a second bottleneck just a few miles down course at mile 5 this time with the TT Spec trucks getting stuck in silt. Other racers mowed down the bushes next to the course to get around. A final bottleneck occurred around mile 15 in the hills adding to the chaotic start. As the race progressed Andy maintained his physical lead followed by cousins Luke McMillin and Dan McMillin. On corrected time it seemed like the lead passed hands a few times with Luke up front at times and also word of Cameron Steele moving his way in there. Mile by mile though Andy moved along the course and would eventually cross the finish line first both physically and on corrected time. With an overall time of 9 Hours, 49 Minutes and 12 Seconds Andy would be named winner. Proving just how tough this course was his average mile per hour was just above 49 mph. 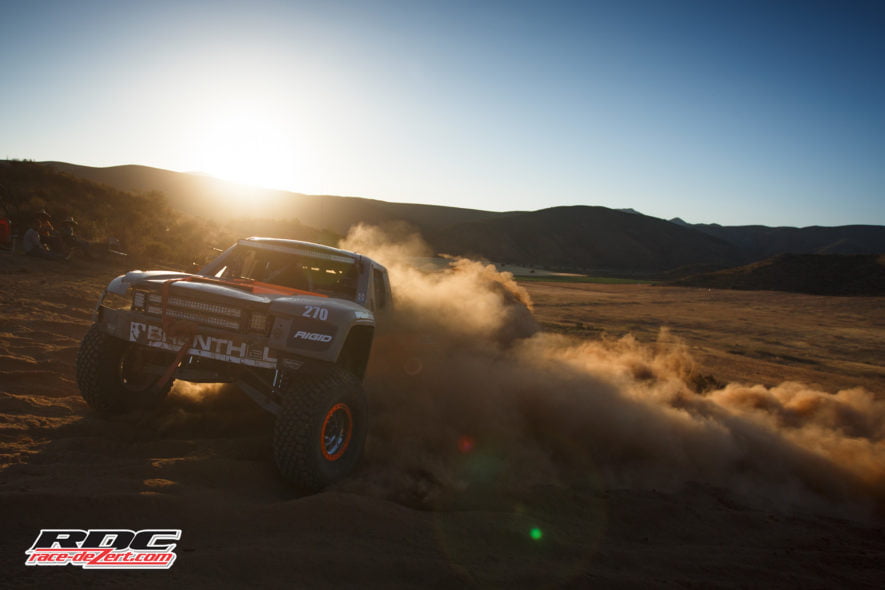 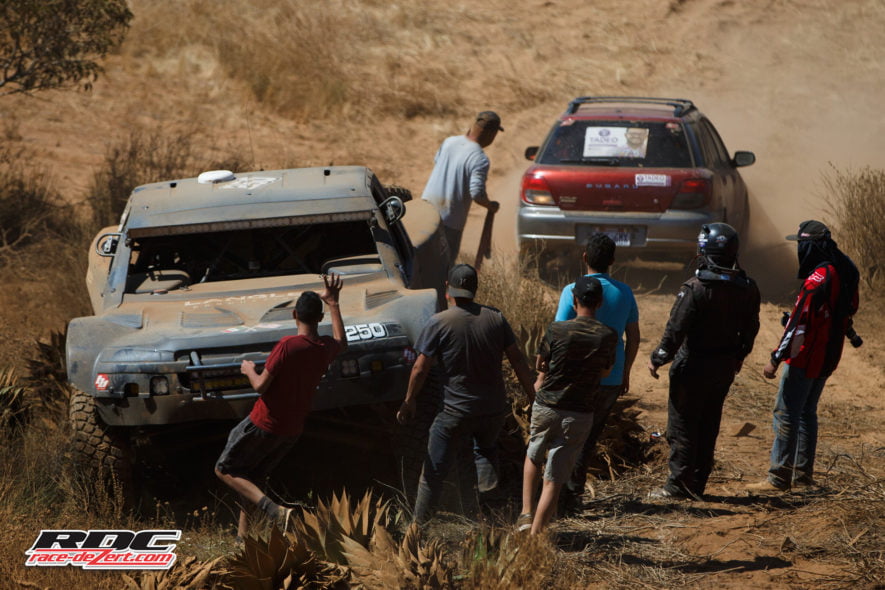 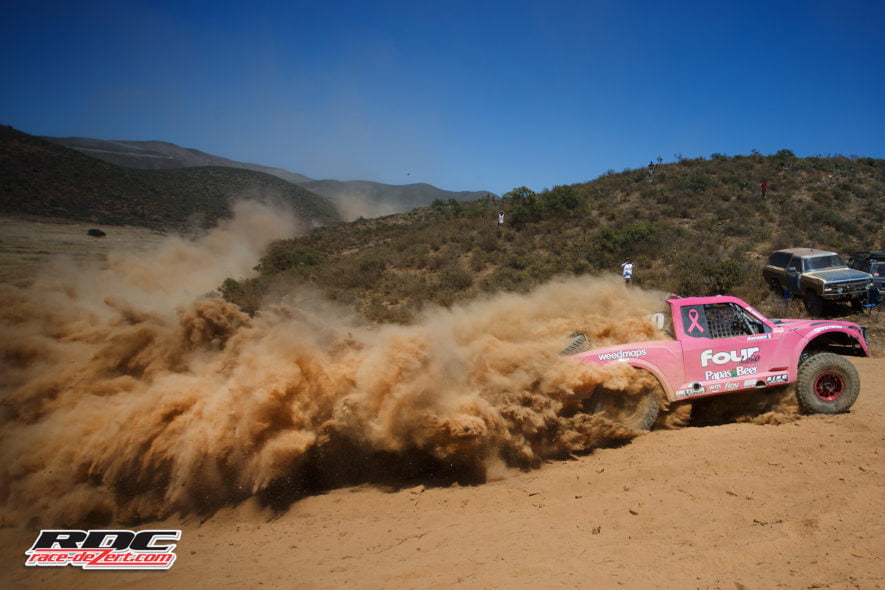 Redbull teammate Bryce Menzies was also in the hunt all day long as well, pushing hard in the final 100 miles along the beach closing a 16 minute gap and finishing the race just a minute and a half behind Andy. Unfortunately the team pitted along the highway changing a flat tire which is against the rules and was issued a one hour penalty by SCORE, pushing them down to 6th place.

Luke McMillin would finish behind Andy and Apdaly Lopez would finish off the top three. Brothers Alan and Aaron Ampudia took home fourth place and Tim and Ed Herbst would finish 5th. In Class 1 Justin Davis backed up last years win at this same race sharing driving duties in the single seat 1 car with Larry Job. Finishing just shy of 11 hours Davis would end the day 8th overall. Finishing second and third was the powerhouse team of Wilson Motorsports with the #138 of Brian Wilson and Kyle Quinn finished 15 minutes ahead of the #100 of Brad Wilson and Justin Munyon. Rounding out the top 5 was Rhys Millen and Morgan Langley. 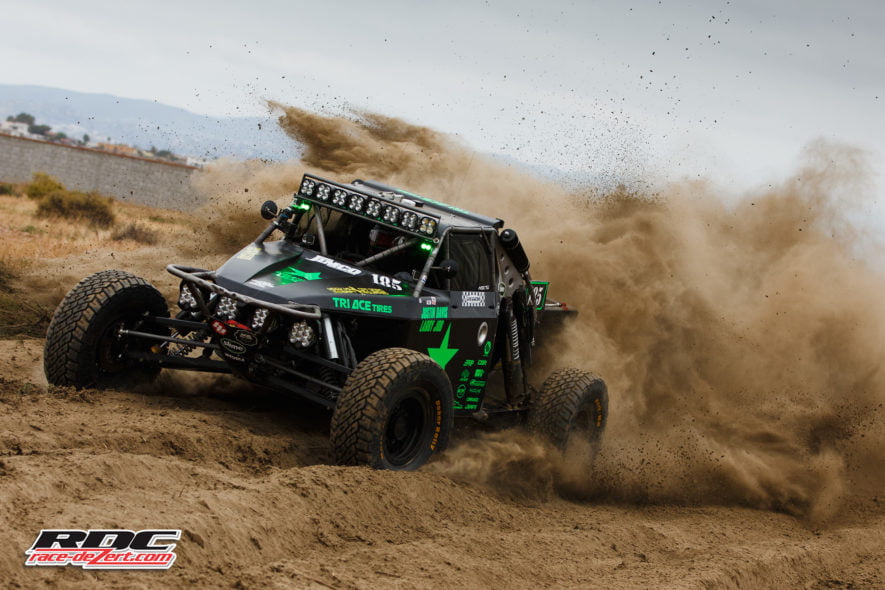 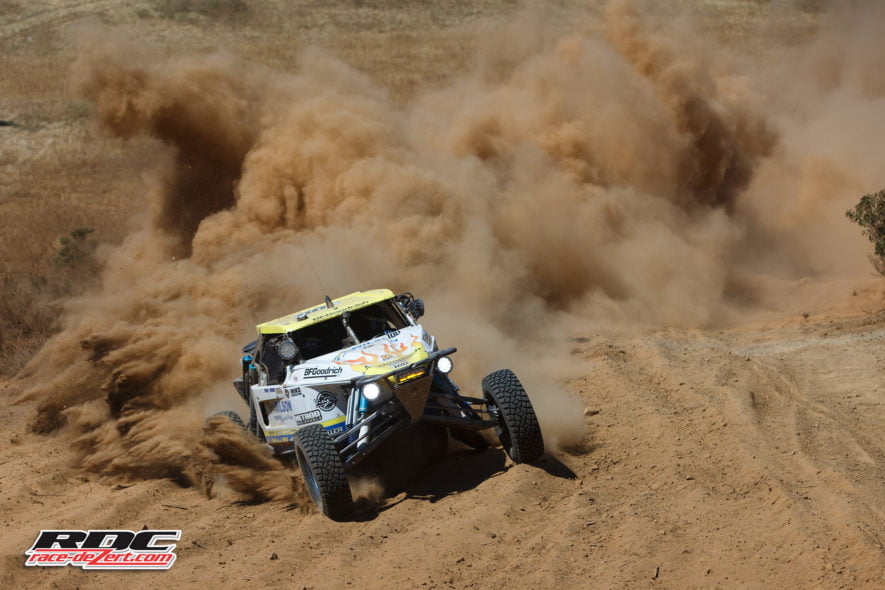 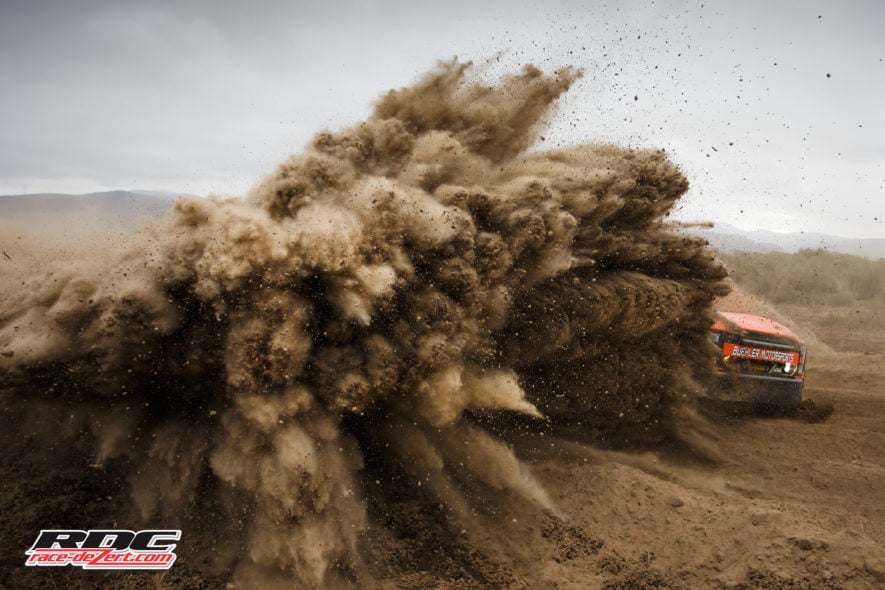 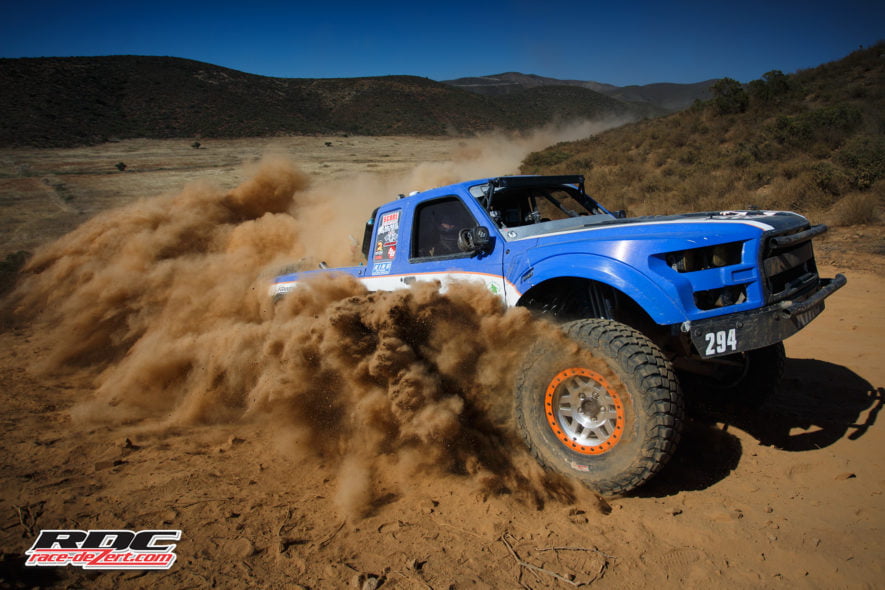 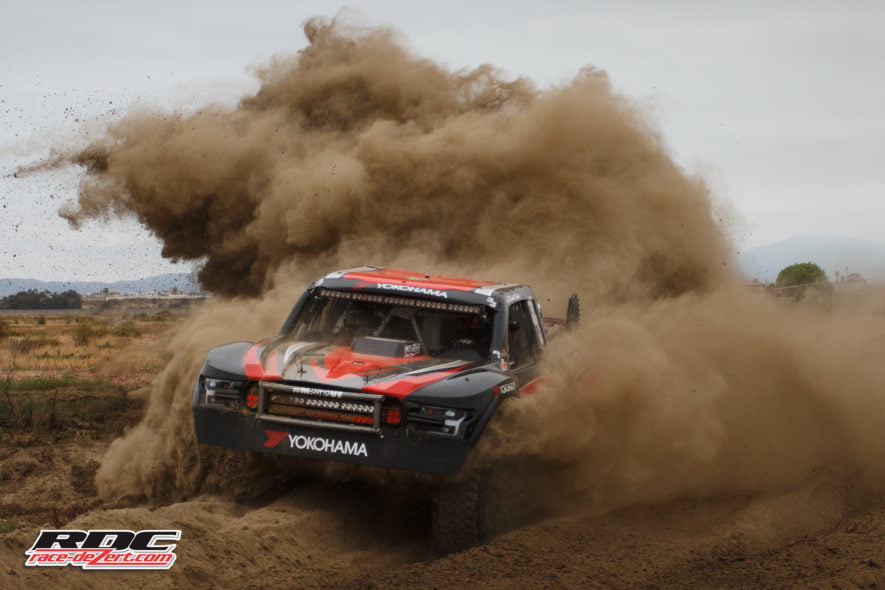 For full results from the race along with all the penalties click here!
Race results and Penalty Reports

Post Race Quotes
Andy McMillin – “We had clear air all day, just a couple of motorcycles and quads especially here toward the end and then it got silty. We were having a good run all day. Had a couple of mechanicals we had to stop for out there on the track. Other than that, we had three planned pit stops and it went flawless. It was just a great day.”

Bryce Menzies – “It was a wild day, long day. Right off the bat we got a flat, kind of put us back a couple of positions. We were held up by BJ for about 10-15 minutes, so coming off Mike’s Road I was 15 minutes down to Andy and I think I made up 14 minutes on him and we got a flat and I think that cost us.”

Mikey Lawrence – “Finishing first is my main goal now. This is my third year in the truck, quite a bit of a jump from Class 10. I have no problem being at a good pace and finishing, it is just that next level of being in the top 5 all the time, all day. I still need to work a little bit more on it. It’s a big jump, bigger vehicle, more power and everything. No issues today, no flats, I think I may have missed one VCP on a pre-run line that we didn’t edit out of the GPS.”

Greg Adler = “For almost 500 miles of desert and some rallying and just some crazy racing and to end up with just ¾ of a mile to go on a short track against one of the best, I have had a lot of great battles with Rob so it was fun. I didn’t know he was there and all of a sudden there is Rob and we had a good battle, glad the fans liked it and kept the fenders on these trucks, which are more expensive than the short course ones.”

Justin Davis – “The only problem we had was some steering issues in the beginning, a line came lose and we lost some time. From 187 on we tried to make up time and passed everyone and kept it rolling and had no flats, no issues and the car was solid. It was interesting in the beginning getting through the traffic, but once we got some clean air, it was smooth sailing.”

Charles Dorrance – “It was a great run. We were kind of patient and just let the race come to us. I did make a few mistakes, but they weren’t catastrophic. I ran through the weeds and bushes out around mile 160-170, stuck in the dust. Every now and then I missed a turn.”

Sara Price – “We had a solid race. We started second, we got the hole shot and were behind first place. He ended up getting stuck and we bypassed him in the first 10 miles. Then when we were in first, we had an awesome race and had a well deserved flat and we got out to change it and our jack didn’t work so we had to go 10 miles on a flat tire.”

Craig Scanlon – “It was a blast. It was a long day. We thought we were going to be in the car for about 12 and a half hours and it was just that. I drove start to finish. I had a backup driver, but that was the deal this year. It was a long day. The rear stabilizer bars went out three times, but nothing catastrophic and it’s a little dirty, but what the heck. ”