The father and son duo of Apdaly and Juan Carlos Lopez are your unofficial 2017 SCORE Baja 1000 overall 4 wheel vehicle champions. The defending points champions in Trophy Truck waited patiently for the first 800 miles letting other trucks set the pace following just far enough behind to capitalize on any mistakes or bad luck.

Robby Gordon held his pole position until a mechanical issue gave him some down time which let Rob Mac the defending winner get by as well as a large group of racers. Rob Mac held that lead physically until Andy McMillin got around him south of San Felipe. Andy would go on to lead the race into the halfway point where he gave over driving duties to Tavo Vildosola but unfortunately a motor failure would put them out of the race. 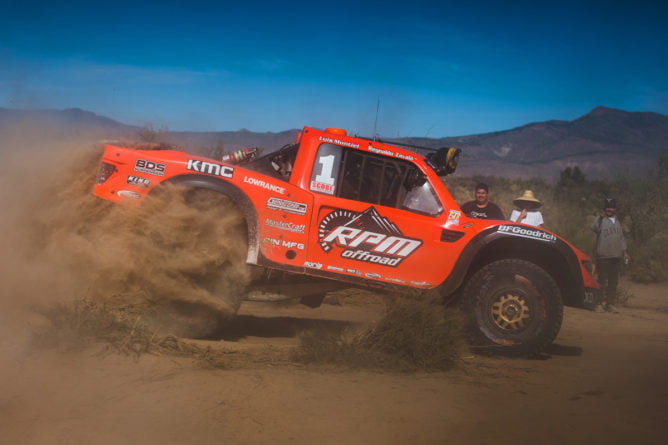 Rob Mac would suffer the same outcome as well putting them out of contention and no chance for a fourth Baja 1000 win in a row. These two DNF’s put the lead into Larry Roeseler’s lap who took over driving from Luke McMillin in the #83 McMillin Racing truck and the Baja legend led all the way till mile 900 where a broken shock would cause them to limp the truck.

Patience prevailed as the lead was taken over by Lopez who then laid the hammer down in the last 200 miles crossing the finish line with a 50 mile lead over the next Trophy Truck and claiming the title of your 50th Anniversary, SCORE Baja 1000 Champion. 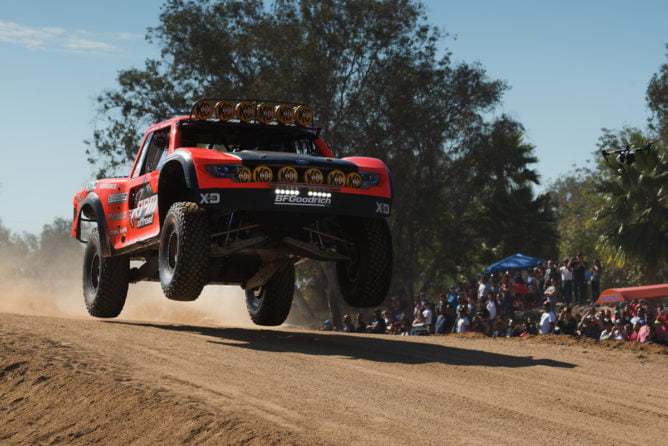