The AZOP Rowley White RV series held its first round of the 2021 season, the Blythe Grand Prix sponsored by MotoCity at the great Shorty’s Sports Park in Blythe, California.

With the excitement of the start of the 2021 racing season and a fresh start for AZOP racers, racers and spectators piled into the camping grounds of the Shorty’s Sport Park. To start the races off were the Pee Wee classes with UTV 170cc. Bright and early the UTV 170cc class was the first race of the weekend at Shorty’s.  As there were 30 entries in the 170cc race, the moderately wide motocross track was transformed into a narrow and windy, yet still fast track with Bran Krah (147) earning the overall win on both Saturday and Sunday. Following the UTV 170cc class were the Pee Wee bikes and quads with 13 and 8 entries, respectively. Both days saw the same overall winner for bikes and quads. Tyler Wade (88) brought home 1st place in quads, and Rylan Stowell took 1st place in bikes. 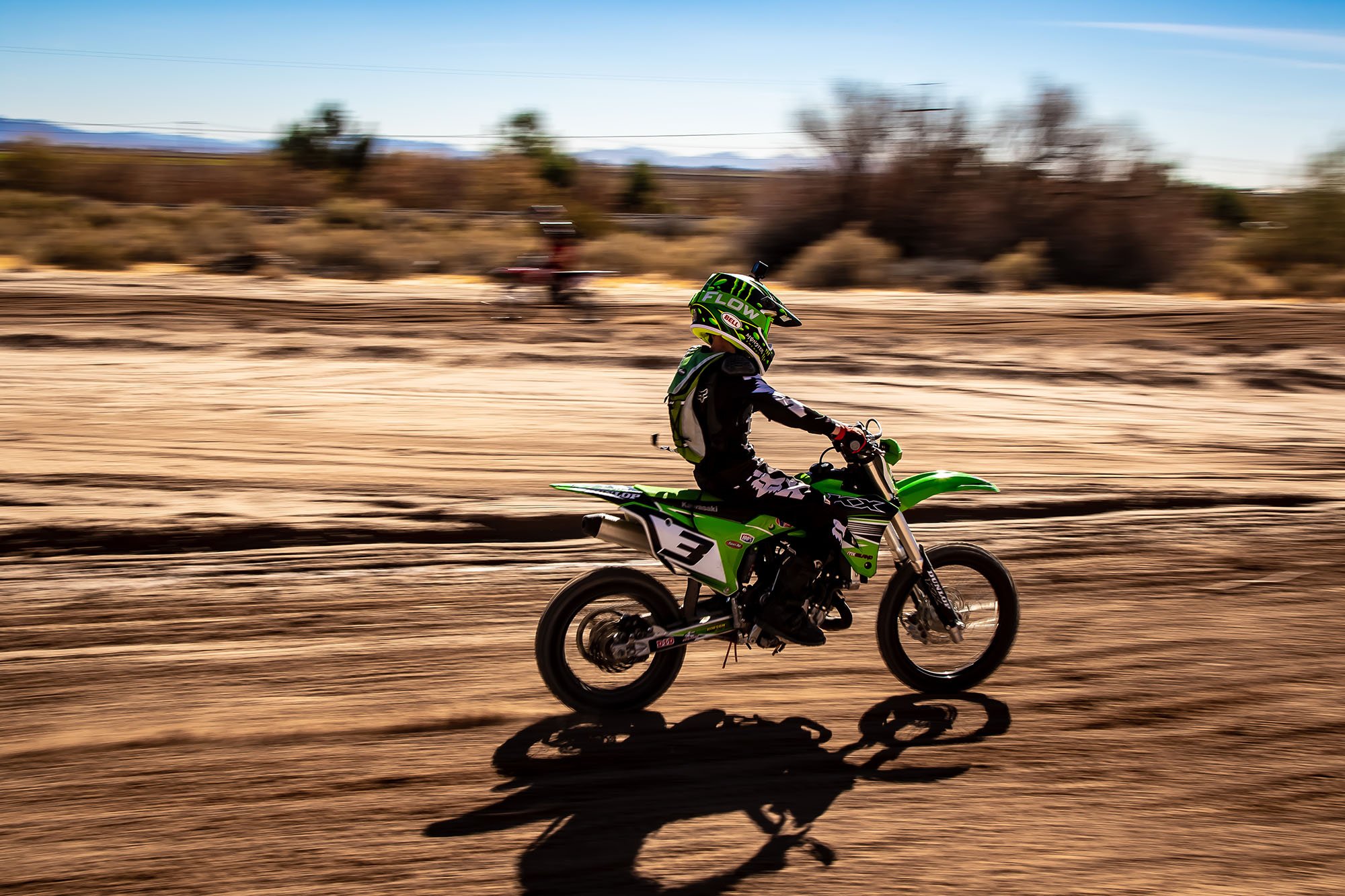 After the Pee Wee classes course changes were made to utilize the entire track including the motocross infield down to the sandy desert washes leading back up to the infield. Both Saturday and Sunday’s races produced a winner out of Lake Havasu City, AZ. On Saturday Alex Morgan (531) placed 1st while on Sunday Jeremy Newton (28) earned the pole position.  Sunday’s racers were trilled about how well the track had been watered and groomed overnight after the previous day’s UTV races.

Mini Bikes along with the new Pull Start class had the next bout on the track enduring the same obstacles as the big bikes. Coming in 1st on Saturday was John Smallhouse (188) with a small lead over Blake Gilbert (74). Sunday was a better day for Blake Gilbert by both improving his time by 4 seconds and placing 1st. For the Pull Starts, Jeff Lewis (021) came out on top on Saturday while Barry Miller (522) took home the win.

Race 7 brought the Big Quads to the start line with 13 racers. Aaron Wade (737) from Litchfield Park grabbed 1st with a 4-second lead on 2nd place Jared Rimer (20). Wade had a close battle on Sunday with Ron Suor (102) but fell to 2nd by under a second. 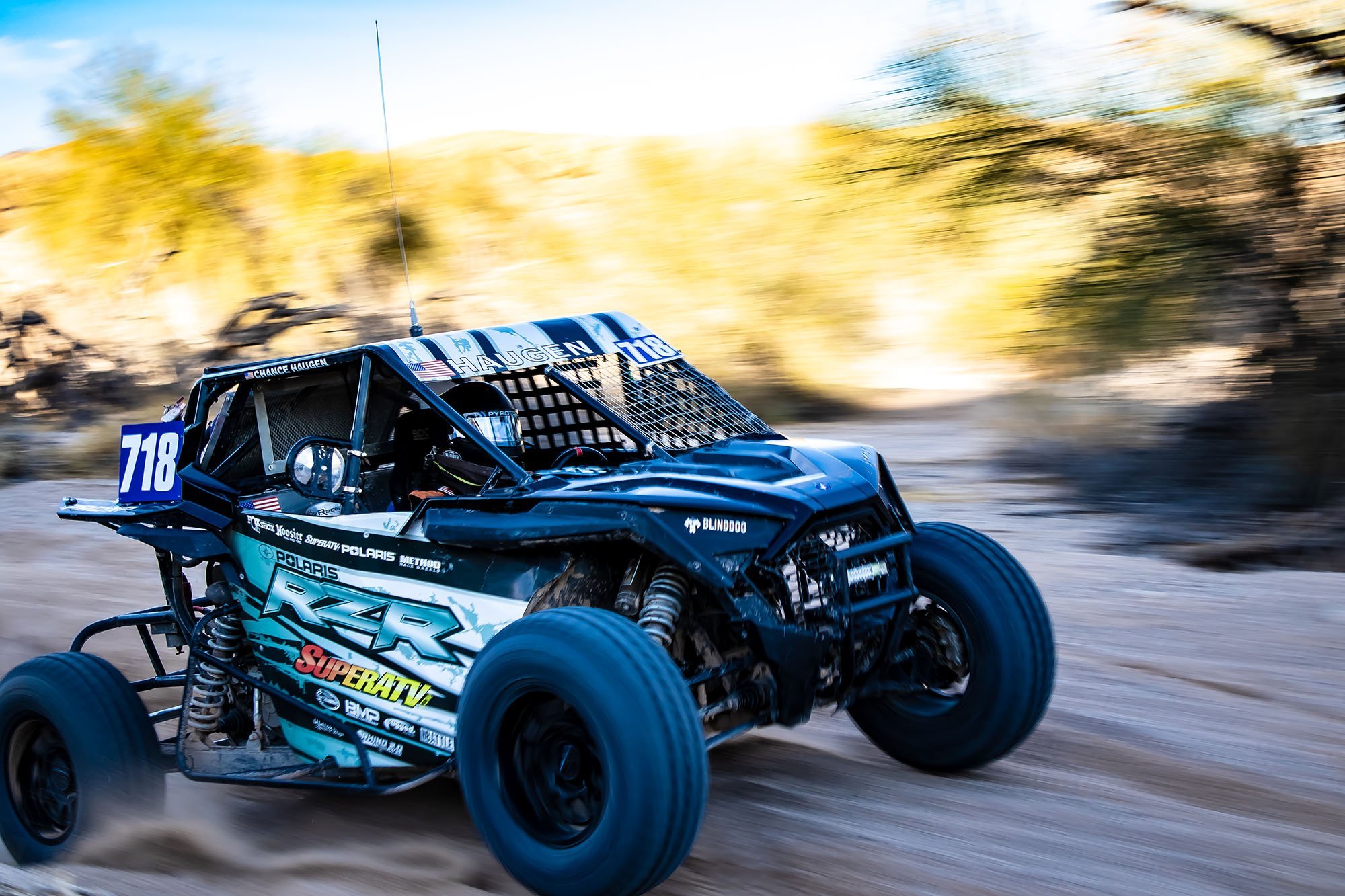 The final two races were for the Youth UTV 570cc and lastly, Big UTVs. The UTVs followed the same track as the bikes and quads. The track was extremely tight with few spots to pass, and deep ruts in the loose desert washes in every corner of the lower track. Hearing the echoes of the roaring engines escaping the mouth of the canyons was like a monster flash flood approaching. Saturday ended in 1st place Hayden Thomas (80) being up one lap over 2nd place Chance Haugen (718). Sunday saw a complete change in pole positions. Robert Grimes (995) found the pole position over 2nd place Katin Ladin (314).

As always AZOP would like to thank all the sponsors, staff, volunteers, racers, and spectators for making this another great race day.  For complete race results and upcoming events visit www.azopracing.com 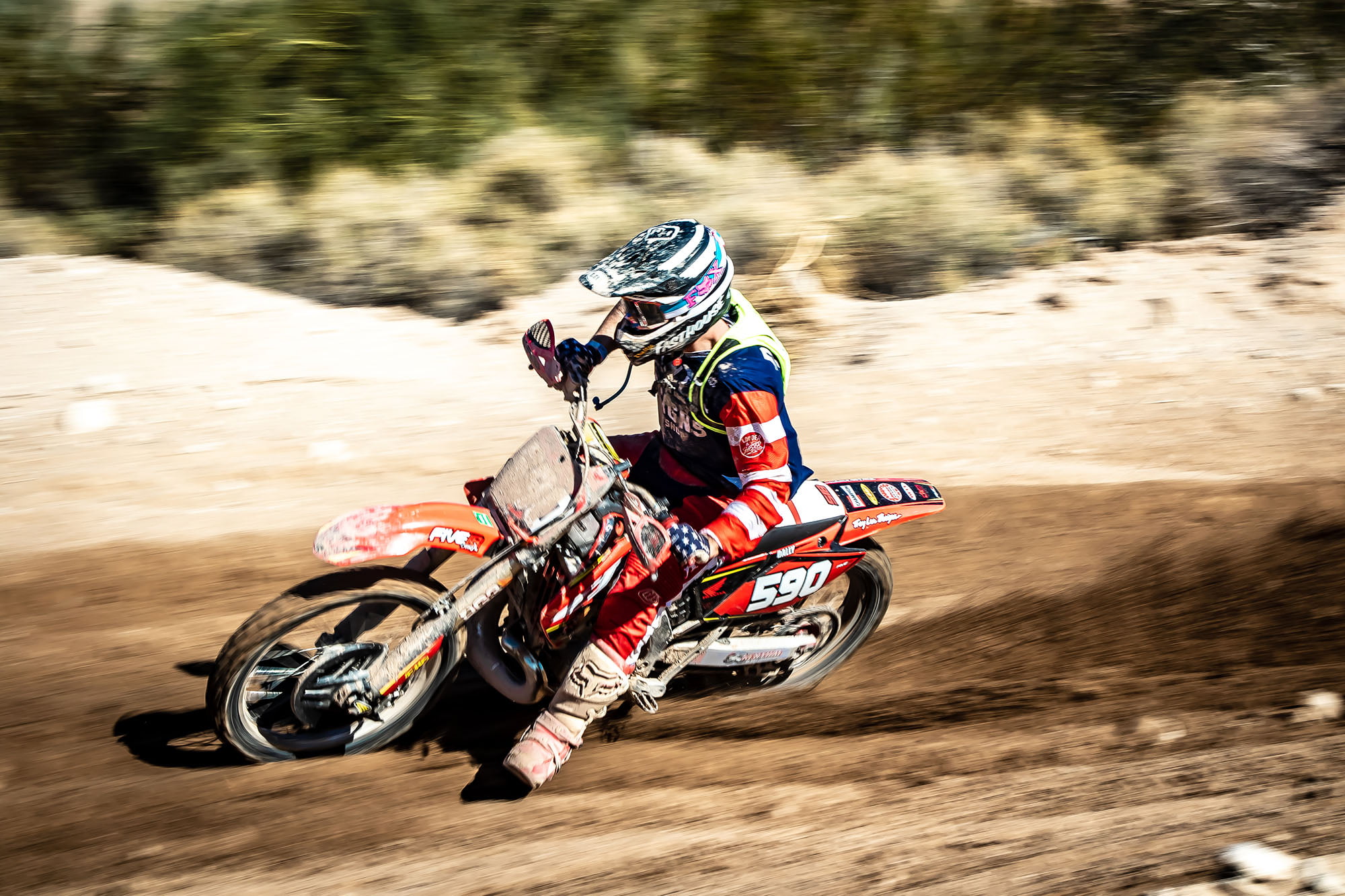